Robert, a stray dog, was found living on the streets of India with a spinal injury so severe, he could not move his back legs at all. He was unable to stand until finally, someone decided to call for help.

When Animal Aid Unlimited got the call about Robert, they immediately rushed out to help him. They found the poor dog lying on the street, defeated. When Robert saw that help had finally arrived, he tried his hardest to get up to greet his rescuers. He just couldn’t do it. 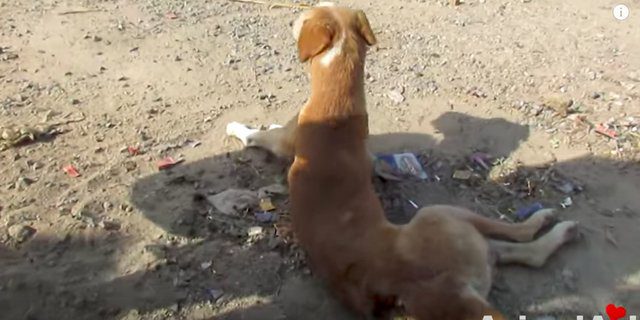 After petting him, rescuers wrapped Robert in a blanket and then gently carried him to take him to get the help he so desperately needed.

At the Animal Aid Unlimited shelter, rescuers cleaned and treated Robert’s wounds, but were worried that his spine might never heal properly. They were not sure he would ever be able to walk again. They made him as comfortable as possible and gave him many weeks of rest so they could see if his spine would heal. 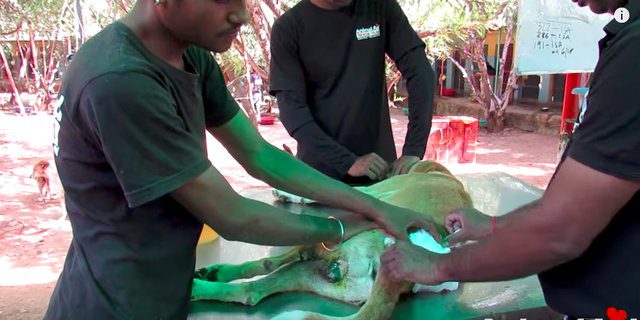 Robert was given lots of massages and physiotherapy to help him regain the strength in his legs. And after several weeks, they decided it was time to help Robert attempt to walk again. Robert took his first steps again…

…and though he was very wobbly, he refused to give up and pushed through the awkwardness of being on his feet again. 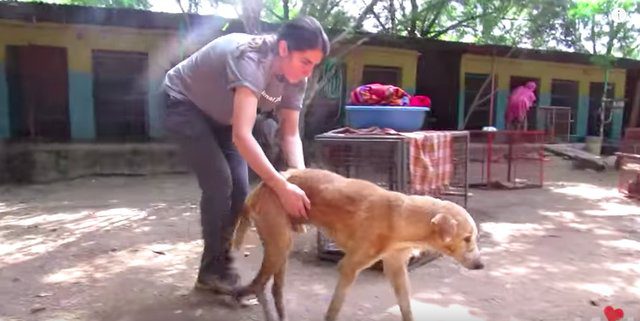 …finally, not only could Robert walk again, but he could run, all on his own.

When he was first found, his rescuers were doubtful that he’d ever been able to walk again. Now he’s completely healed and so grateful to the rescuers who never gave up on him.

Watch the full video of Robert’s rescue below: