Rescuers entered a warehouse in Aparan, Armenia, and found a 3-year-old bear trapped inside of a cage in the corner of the building. The enclosure was so tiny that the bear could not even turn around inside it. The brown bear lived inside a cramped, dirty and very dark prison.

“The sight of the bear hidden away in a dark corner in such a small cage was particularly heartbreaking,” Lis Key, PR and communications manager for International Animal Rescue (IAR), one of the groups involved in the rescue operation said. “His health is certainly likely to have suffered from his years of imprisonment in the dark, unable to exercise his stiff limbs or breathe in fresh air.” 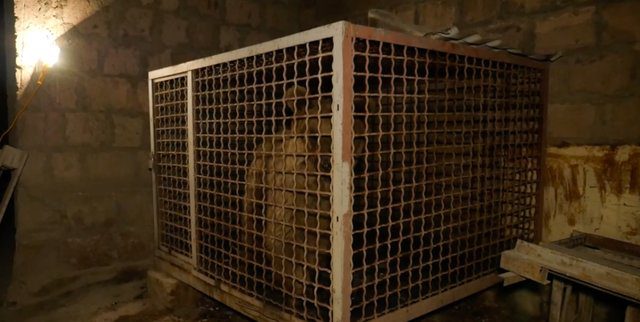 The bear was extremely malnourished, making the rescue team suspect that he wasn’t fed often.

“Given the shocking neglect the bear was kept in, it’s unlikely that any great attention was paid to what he was fed or when he was fed,” Key said. “To keep an animal shut away in a dark corner like that indicates a total disregard for its physical and mental welfare, whether through deliberate cruelty or ignorance.”

The state of the cage was shocking, it was old and dilapidated and covered in filth.

“It’s hard to imagine how the cage was ever cleaned with the bear locked inside of it,” Key said. “The floor had rusted away in places so probably the feces and urine simply fell through the holes.” 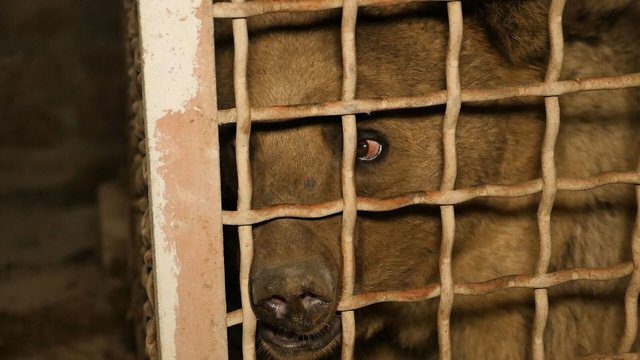 The bear was not the only one kept in these terrible conditions. It is estimated that 80 other bears are trapped in similar cages across Armenia are displayed at attractions as restaurants, bus depots or tourist hotspots, while others are locked away in buildings.

While it is not clear why this 3-year-old bear was hidden inside of a warehouse, the bear’s former owner said that the animal had been taken from the wild. 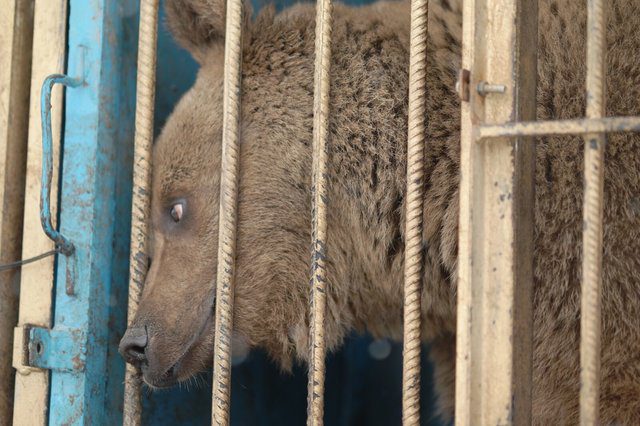 It’s actually illegal to keep wild bears in captivity, so IAR, the Foundation for the Preservation of Wildlife and Cultural Assets (FPWC) and the Armenian government have been working together to free the bears and release as many as possible back into the wild. The owners themselves have come forward to surrender the bears.

When rescuers arrived, the bear was a bit fearful around new people. However, he was also curious and inquisitive. “After years of being in the darkness, it must have been extraordinary when there were sudden signs of life around him to break the mind-numbing monotony,” Key said. 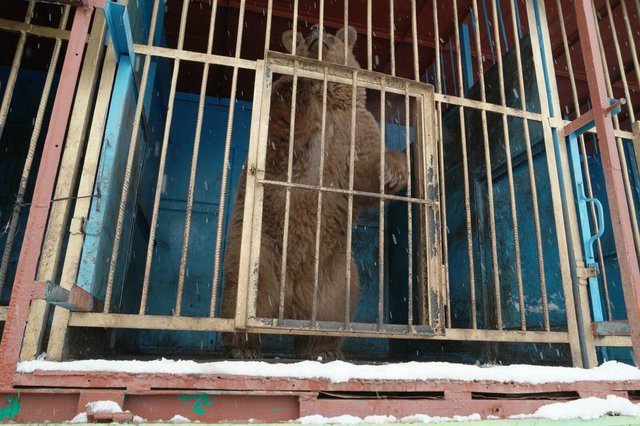 The rescue team had to rig up an electric light before they could rescue the bear. Once they had a little light, they carefully sedated the bear and removed him from the rusty cage. They transported him to a quarantine facility at Yerevan Zoo, where he will rest and recover until he finds a permanent home.

“He will be well cared for, fed appropriately and given the attention and treatment he needs to recover from his years in captivity,” Key said.

Not long after the team removed the bear from the warehouse, they received a call about two other bears in similar straits. One was a female bear with badly damaged teeth being displayed at a restaurant at Yerevan, and another was a female from a restaurant in Gyumri. They rescued both bears and move them to the quarantine center as well. 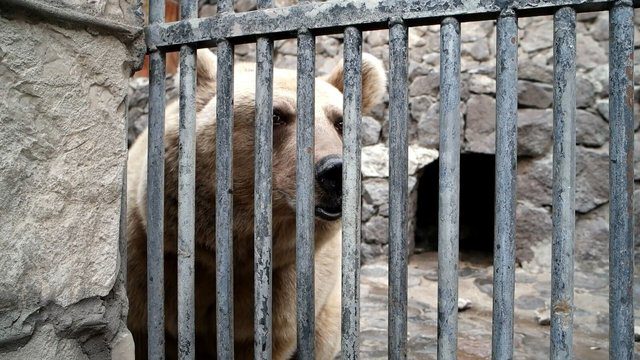 “It’s a huge relief to see three more bears rescued from lives of misery and neglect and safely in our care,” Alan Knight, CEO of IAR, said in a statement. “The support we’ve received from around the world for the Great Bear Rescue campaign has been absolutely heartwarming. It has enabled us to work with FPWC to end the suffering of these bears behind bars. At long last, we can give them the attention and the care they deserve. And with the help of the public were determined to rescue the dozens more that are still waiting for an end to their torment.”

It is unclear if any of the bears will be able to be released back into the wild after their long years in captivity. “They are showing such significant signs of mental and physical damage that it may be that some, even many of them, will need some kind of care for the rest of their lives,” Key explained. 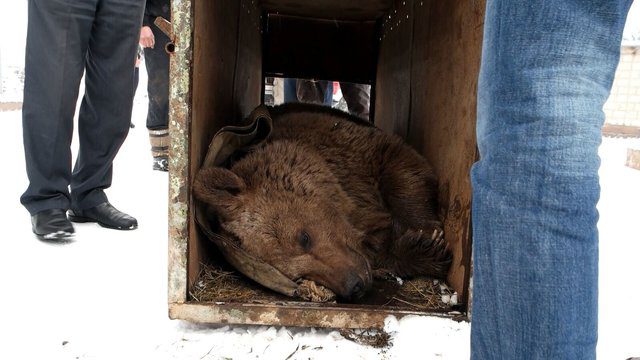 Whatever the outcome, the bears have happier and healthier lives now. “I have no doubt though that when the bears come out of quarantine and are released into a larger enclosure for the next stage of their rehabilitation, they will begin to enjoy a new lease of life, showing interest in their surroundings and developing the natural behavior of wild bears,” she said.