Home
animals
One Of The Worst Animal Hoarding Cases Ever Seen, Over 100 Dogs And Cats Freed

It was the worst case of animal hoarding and neglect that Debbie Hill, vice president of operations at the Humane Society of Missouri (HSMO), had ever seen. One-hundred-and-one dogs and cats confined to a tiny dilapidated house with no running water — trapped in cages stacked upon cages. Some crates overflowing with so much waste the animals could barely stand. 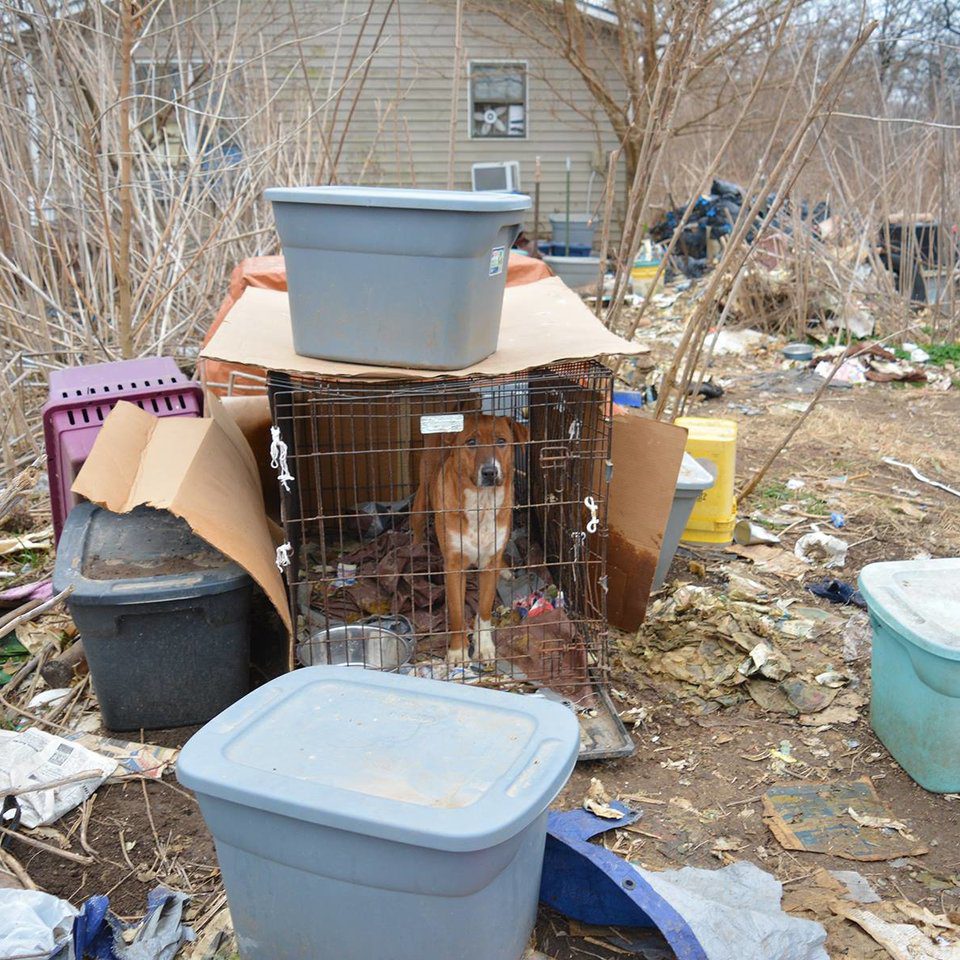 On December 21, the HSMO Animal Cruelty Task Force (ACT) rescued 84 dogs and 17 cats from a property in Bates County, Missouri. “These animals were forced to live in truly squalid conditions, the worst I have encountered in more than 40 years of rescuing animals from abuse and neglect,” Hill said in a statement. The sheriff’s office obtained a warrant to inspect the property, and after discovering the horrible conditions and scale of abuse contacted HSMO. 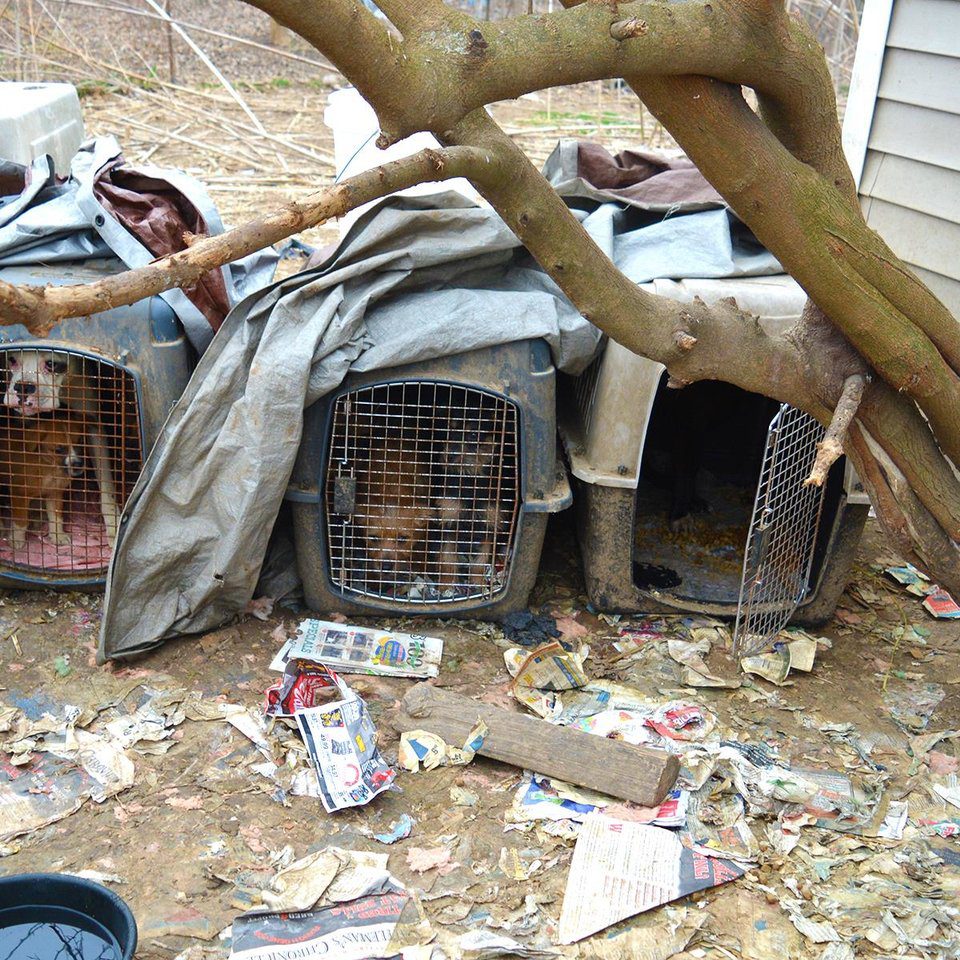 There were some dogs and cats forced to roam the property with no running water or protection from the elements. With freezing weather on its way, this winter could have been the end for many of the already suffering animals.

Rescuers arrived and were confronted with a heartbreaking sight. Despite their horrific situation, some of the dogs greeted their saviors with wagging tails. 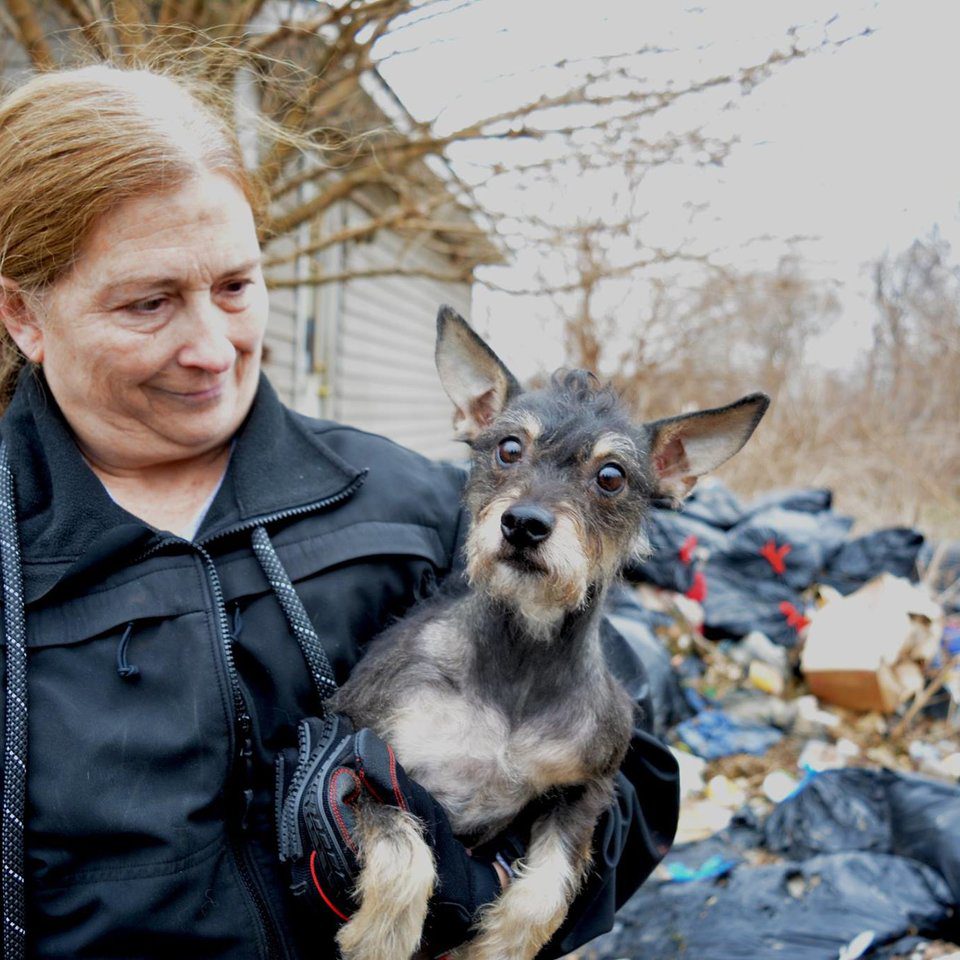 “Many of the animals were scared. Some were happy — tails wagging and friendly,” Anne McLaughlin, web and interactive communications coordinator for the HSMO said. “While many of the animals may not have understood that we were there to help them, getting them out of that unbelievable environment and into a clean kennel for transport most definitely has a positive effect on them.” 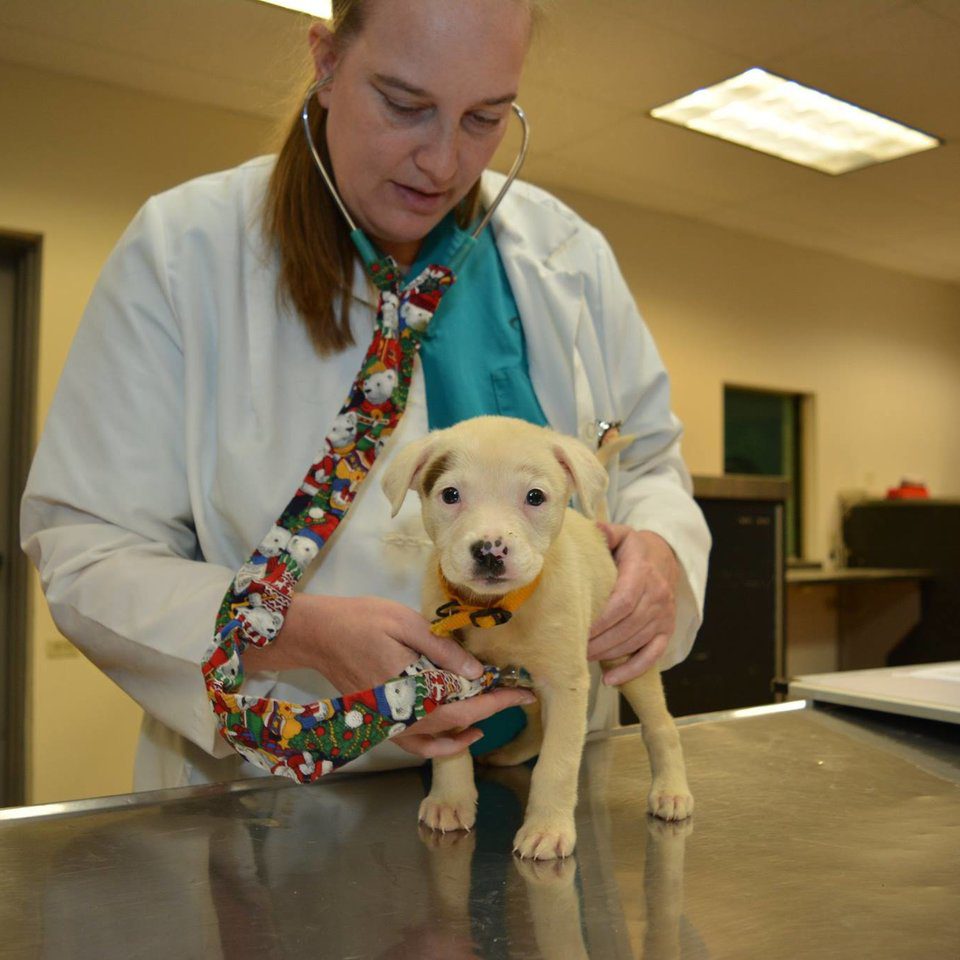 There were dogs of all breeds and sizes taken from the property. They ranged from older adults to nursing puppies. Vets were ready and waiting when the animals arrived. “Several dogs are emaciated. Many dogs are covered in filthy, matted fur, while others are suffering from hair loss, skin infections, and dental disease,” McLaughlin said. Some of the puppies were so filthy, their white fur was stained brown or yellow. 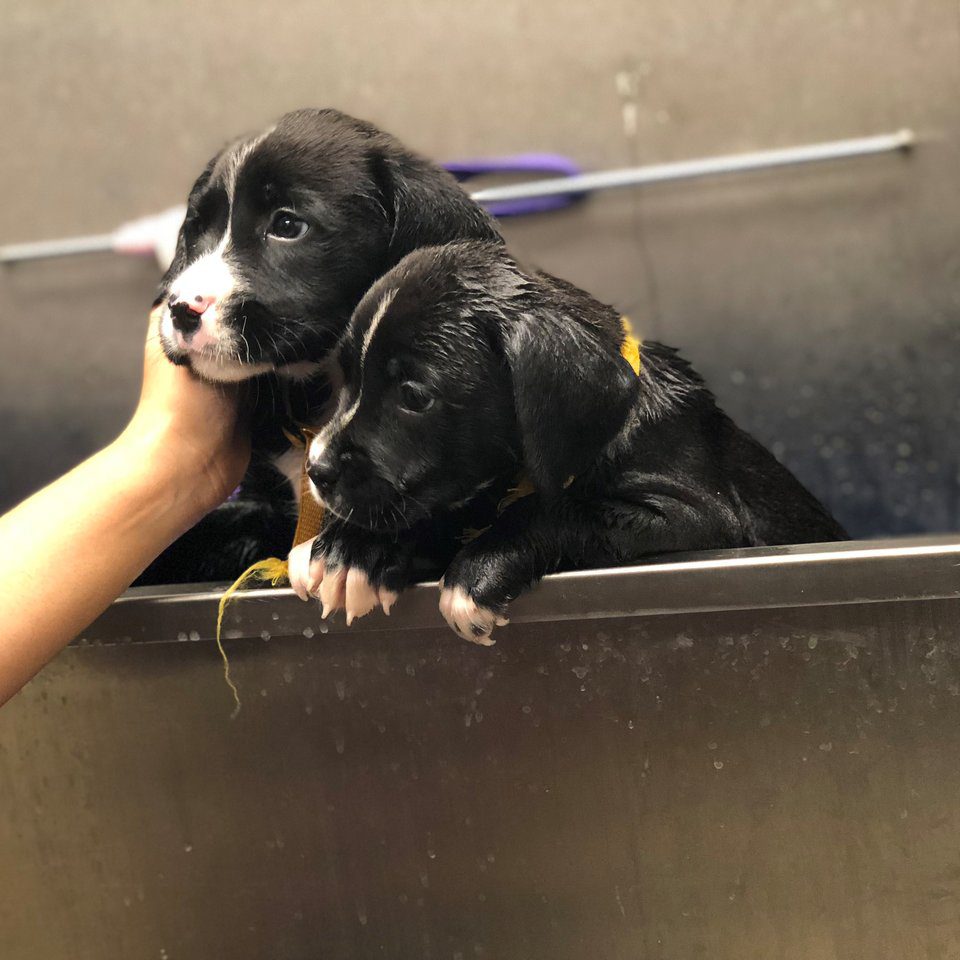 All the puppies received much-needed baths from volunteers. 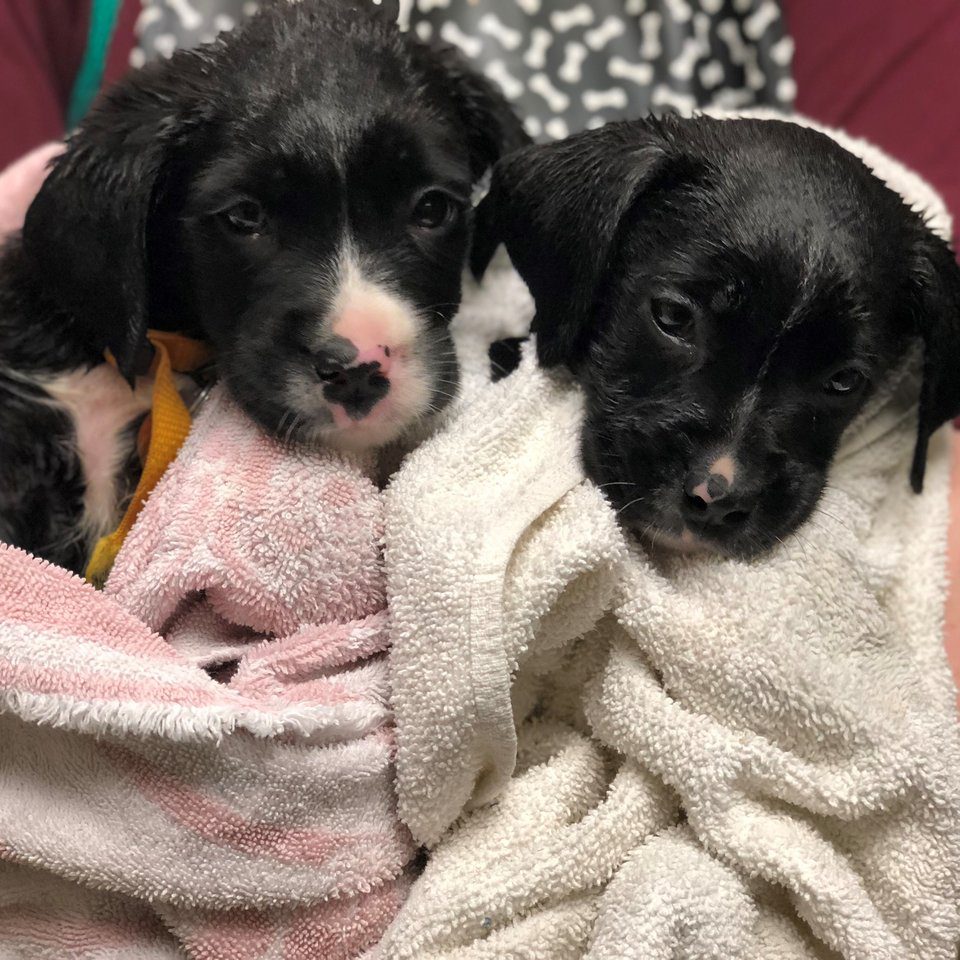 The animals are now clean and on the mend, however, their biggest challenge is yet to come. For them to recover from a life spent in cramped, despicable conditions will take time and patience. “Many medical conditions can be readily treated by our veterinarians,” McLaughlin explained. “Our shelter behaviorist is already developing plans to help these animals learn to trust humans again.”

The court will determine permanent custody of the animals on January 2. It is with high hopes that they are released to their rescuers. More than 50 dogs were pulled from the same property, six years ago, according to the HSMO. The organization is determined not to let history repeat itself.

“Given the opportunity, people with this hoarding habit will do it again without intervention. In this case, our ACT investigators along with HSMO veterinarians will make reports and recommend prosecution to the fullest extent of the law,” McLaughlin said. “We are incredibly thankful for the quick actions of the Bates County Sheriff’s Office to recognize this problem and seek help for the animals.” 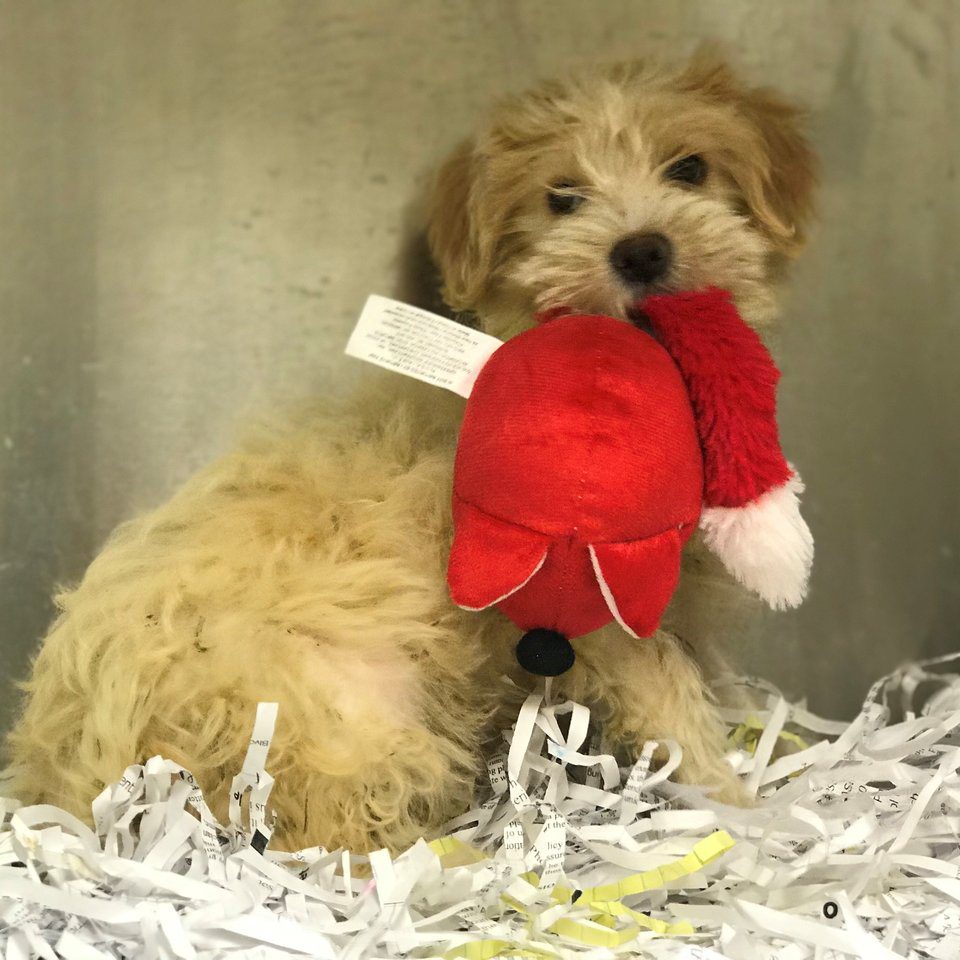 After their fate has been decided the over 100 dogs and cats will finally be ready to find a loving, forever home. After medical treatment, there is no set date for the animals’ release. They will need behavioral rehab and spay-neuter surgeries before they will be available for adoption in the new year.

HSMO is requesting donations of shredded paper to keep the puppies’ kennels clean and dry, towels, blankets, sheets and other bedding to keep the animals warm. They will need donations of dog and cat toys, to help engage their minds and help with their behavioral therapy.