While a woman was out doing a photo shoot,  she heard a cry coming from the train tracks nearby. It sounded like an injured cat, so she went to check it out. That’s where she found a tiny newborn puppy with one of her little legs tied to the tracks. 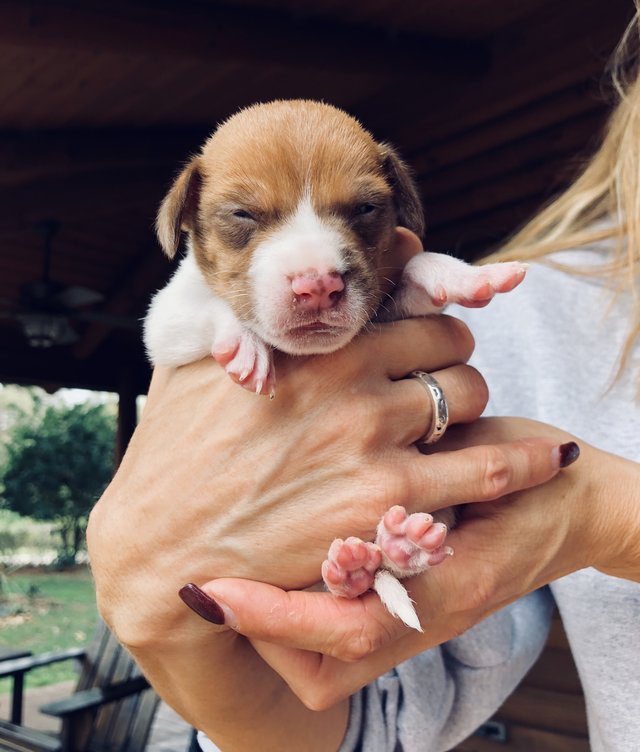 The poor puppy appeared to be only hours old, as her eyes were closed and her umbilical cord was still attached. The woman quickly untied the puppy and rushed her to a nearby vet. Despite her horrific ordeal, she seemed to be doing OK. That’s when the woman contacted a friend who had a lot of experience taking care of puppies to see if she might be able to help.

“She was declared less than 12 hours old,” Deirdre Oakley, the pup’s new mom said. “I picked her up the next day. I have rescued and raised a lot of baby animals, so she knew I could take good care of her. She was very dehydrated and lethargic at first, but got stronger and better each day.” 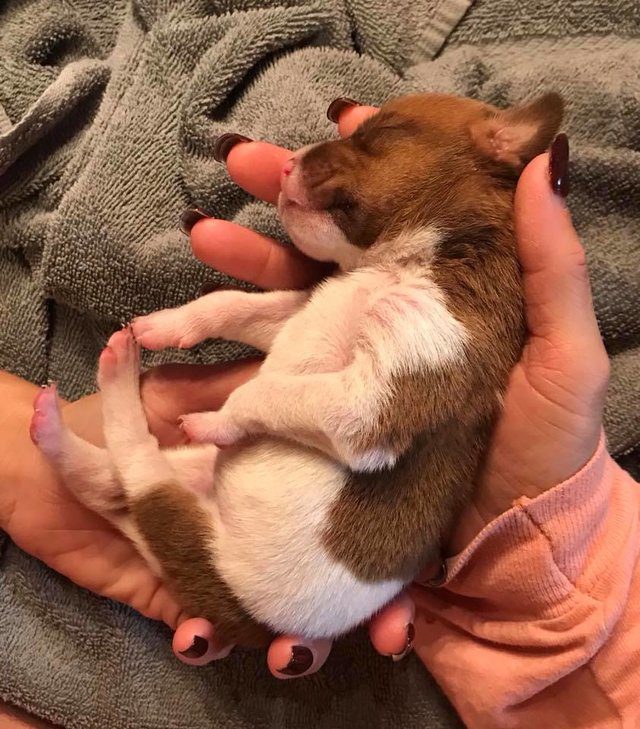 Oakley named the puppy Polka Dot and began caring for her and nursing her back to health. She had to eat every three to four hours, but Oakley doesn’t mind the constant care and quickly fell in love with the puppy. Polka Dot doesn’t seem to have any health issues despite her uncertain past, and her new family is hoping she’ll continue to grow up to be healthy and strong.

“She is very feisty,” Oakley said. “Her eyes just opened a week ago and she is really starting to interact and give her opinions about everything … especially feeding time! I always say she is the complaint department. She is very attached to me and loves to be held, I am assuming because I am her ‘mom.’” 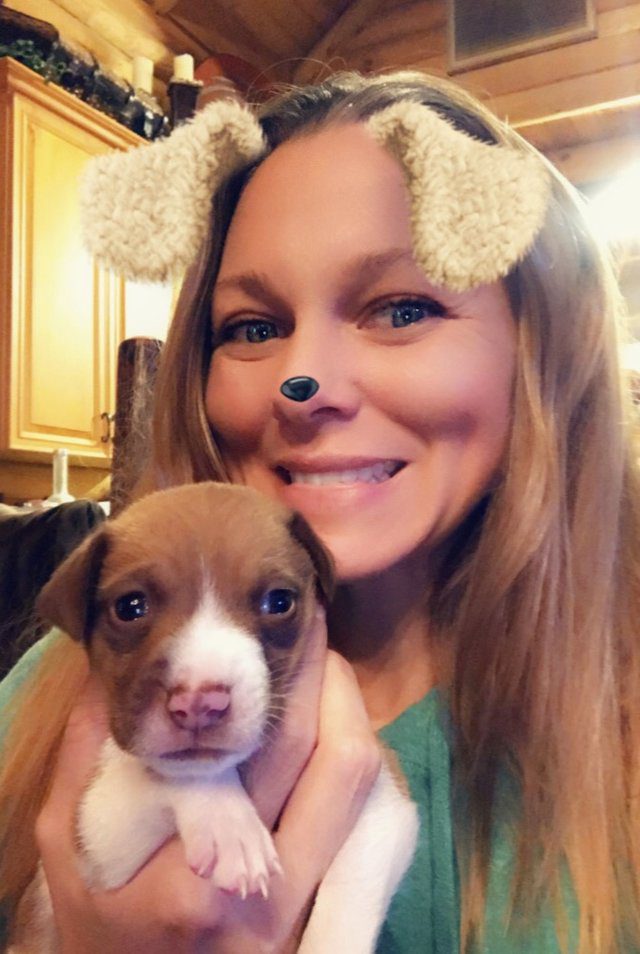 Polka Dot is now 3-weeks-old and doing incredibly well. Her rescuers did alert the police about how she was found, however, there are still no leads on who could have abandoned her in such a cruel way. Her rescuers said she was found in an area known for dogfighting. Because she is a pit bull mix, her rescuers are assuming that’s where she came from. 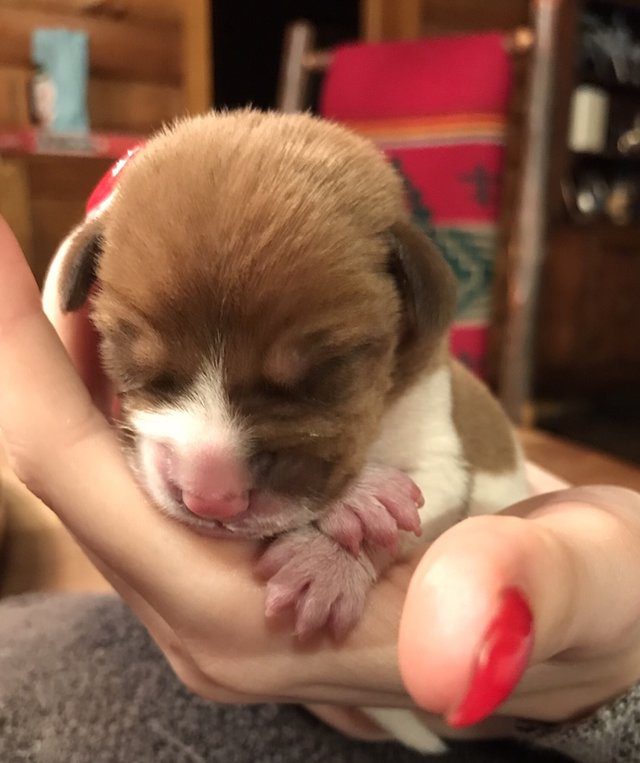 Polka Dot is lucky she was rescued when she was, otherwise she may not have made it. She loves her new home and is growing stronger every day. Her mom decided she loved her too much to ever let her go and she quickly became a “foster fail.” 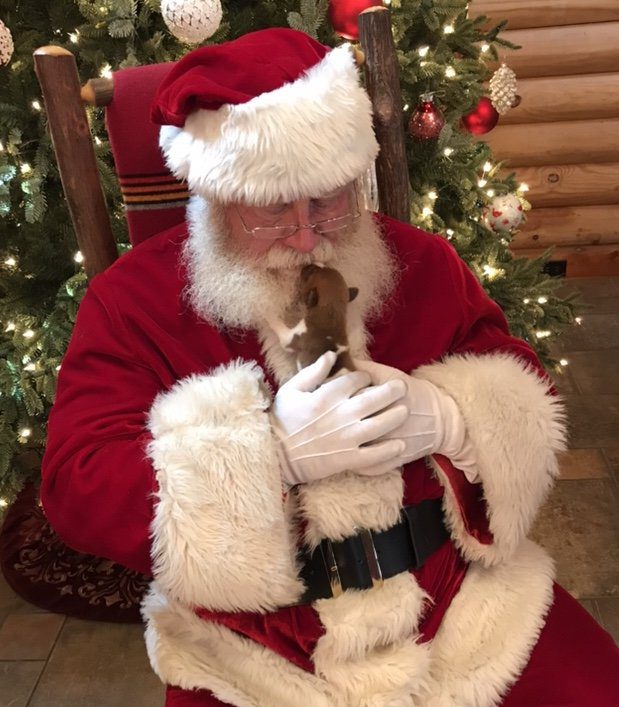 “At this point, because I have become so attached to her, she will be staying with me. She deserves a great life. I have three other dogs, one being another pit bull mix, so she will fit in perfectly!”