One opossum, an injured mom, wowed the rescue with her determination to not only get herself, but her entire family, into safe hands. 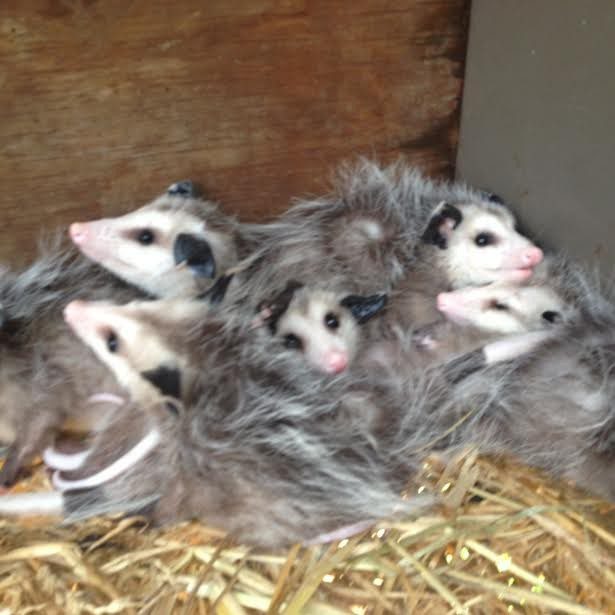 This mother opossum showed up on the steps of the rescue about a month and a half ago.  Amelia Mason, founder of Skywatch Bird said she managed to make her way into the food preparation area before she was spotted by a volunteer. 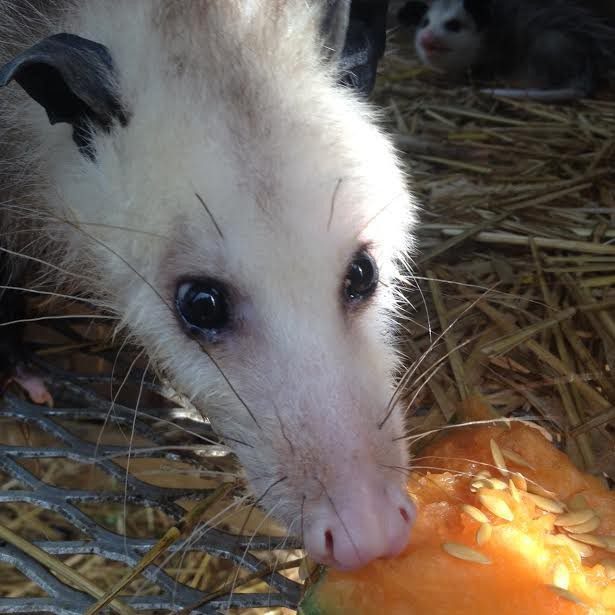 “She was bleeding on her face and tail, and had scratches and an infected wound on her forehead,” Mason said. “[She] seemed to really be struggling.” Mason believes her wounds may have been the result of an attack by another animal. 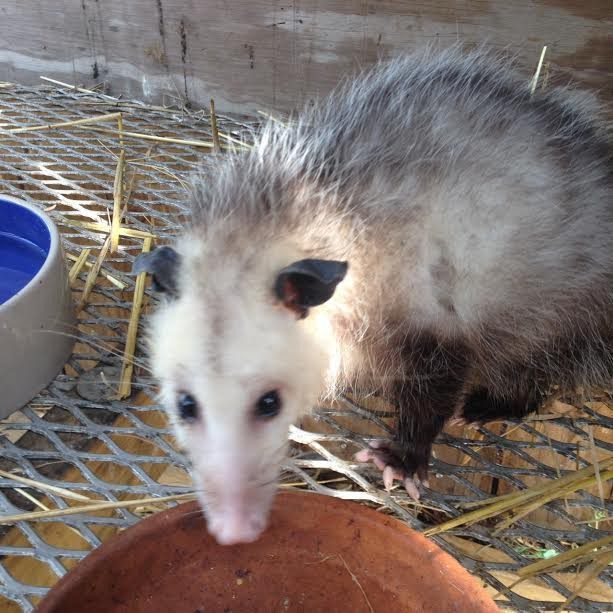 The opossum was clearly weak and starving, and surprisingly found the strength to find the people who could help her the most. She was immediately given shelter to rest and recover from her injuries. It wasn’t until the next day, however, that the rescue’s staff realized she was carrying babies in her pouch. 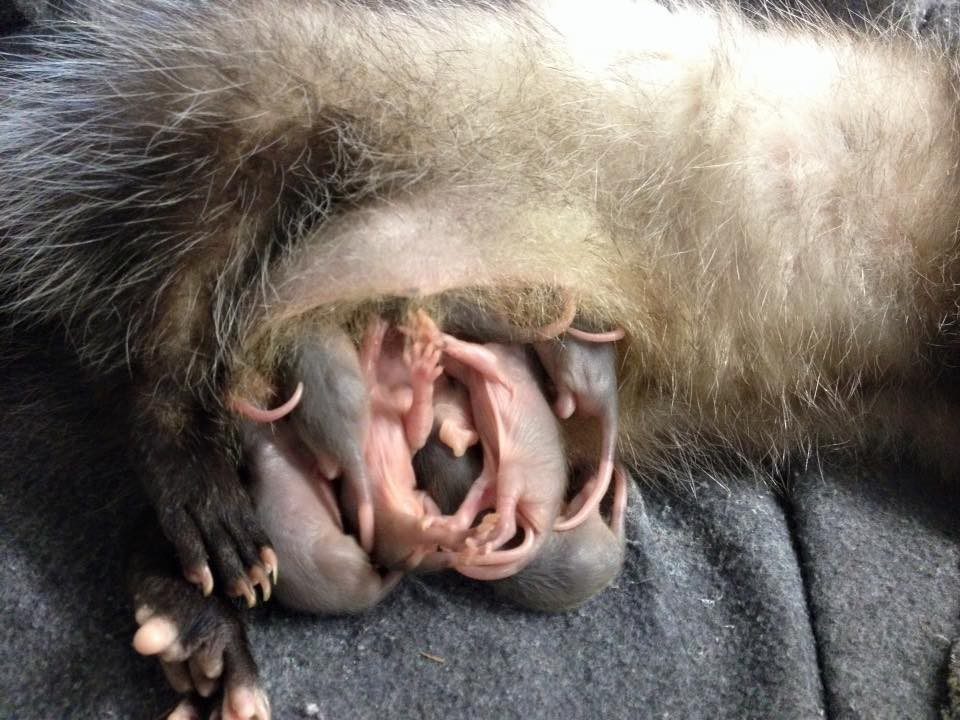 “She is the best mom,” Mason said. “[She] nursed her babies well after they had sharp teeth already and were able to eat on their own. She nursed nine babies to the full extent, so that’s a lot of energy depending on her.” 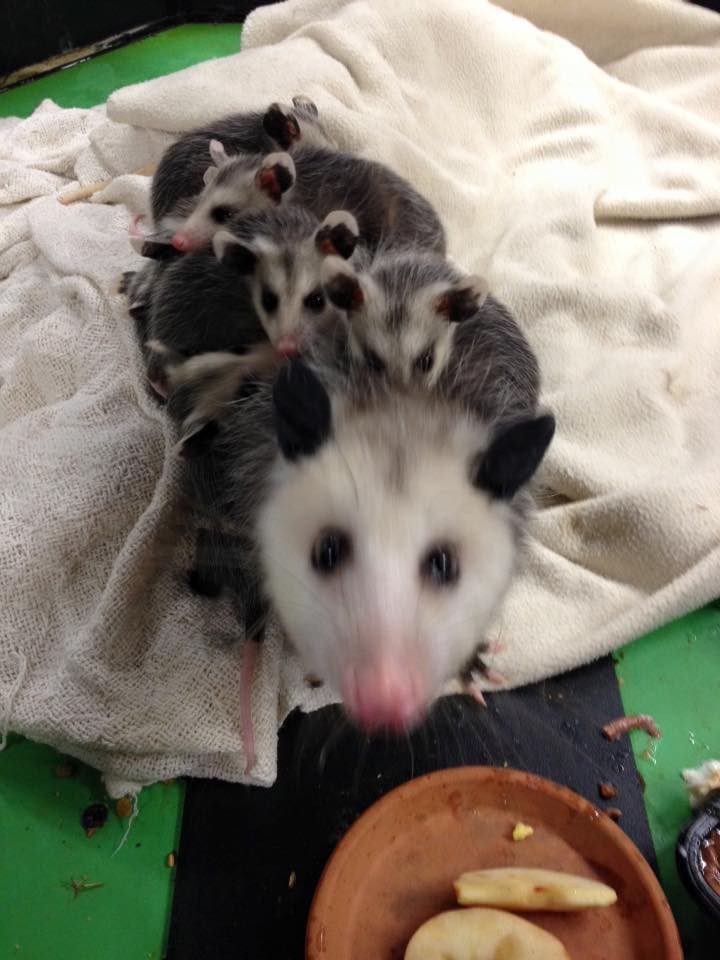 This devoted mom, who even holds hands with her babies during nap time, deserves an award. 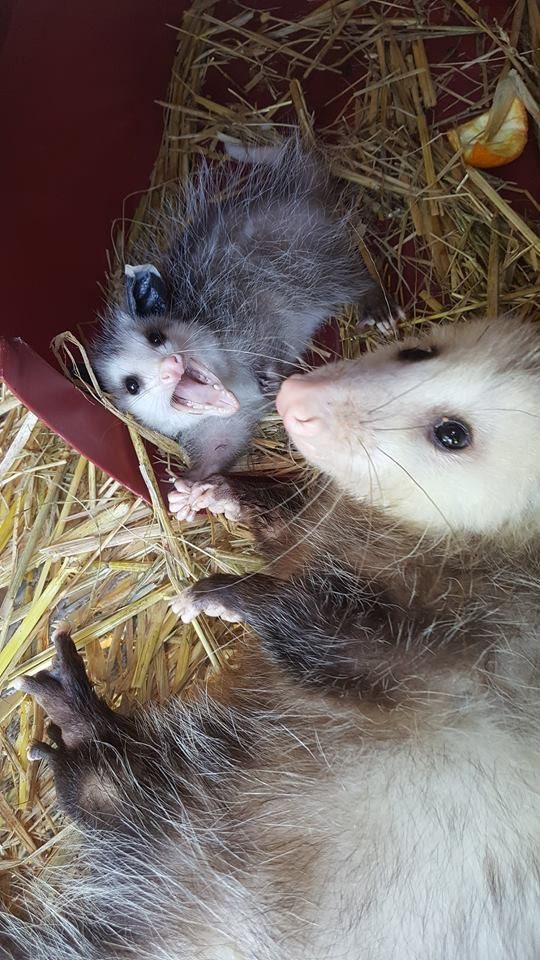 Her children, who started out small and hairless upon their arrival, have grown quite a bit within the past few weeks and are also proving to be quite the handful. 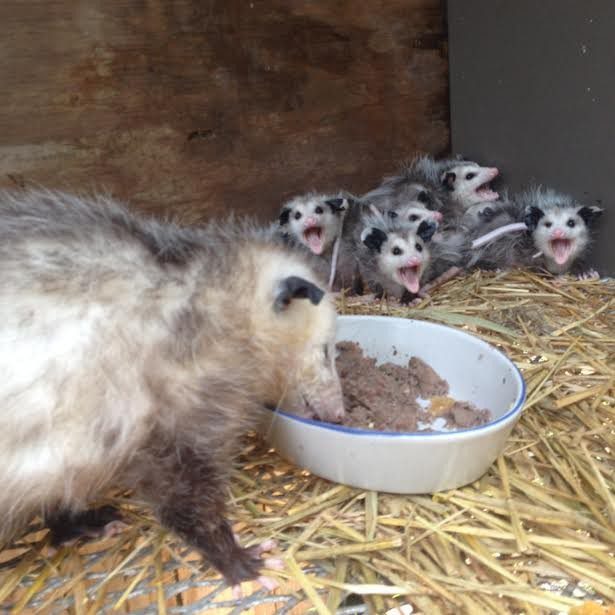 “She is fairly calm, but her babies are wild and not friendly,” Mason said, adding that this was a good thing because it means her children will have a strong chance of surviving in the wild. 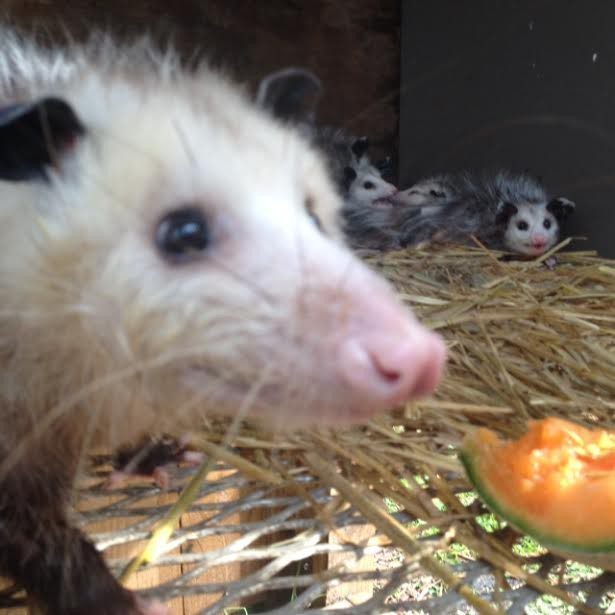 Once the rescue determines that the opossums are healthy enough, they’ll be returned to the wild by the end of the summer. 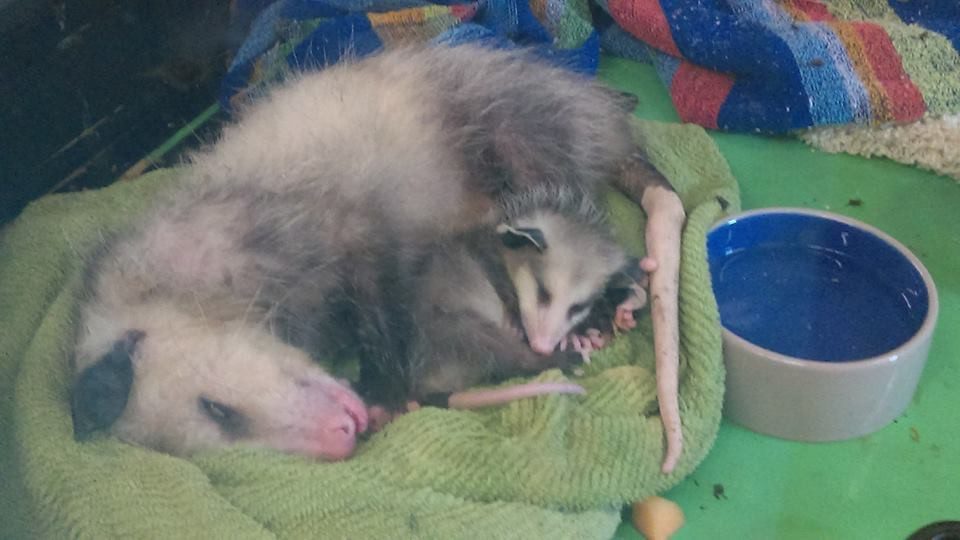