On August 25, 2017, Hurricane Harvey — a Category 4 storm — made landfall in south Texas. While millions of people prepared for the hurricane by stocking up on food and water, it seems like animals took a cue from their owners and did the same.

On August 26, 2017, Tiele Dockens went outside her Sinton, Texas, home and snapped an unusual photo. She saw a dog walking down his street carrying a huge bag of kibble in his mouth — definitely not something you’d expect to see during a hurricane. “My thought when seeing Otis was, ‘What is that dog carrying?’” she told LittleThings. “When I figured out it was an entire bag of dog food he was carrying along the street, I thought, ‘Oh, how cute! He got himself some treats!’”

Luckily, Tiele was not evacuated, and she told LittleThings there was no flooding in her area.

Tiele uploaded the photo to her Facebook, where it has received over 29,000 shares and 12,000 reactions as of this writing!

Apparently, the dog’s name is Otis and he lives right down the street from Tiele. While some commenters thought the photo was sad, Otis has already become quite the celebrity.

With the aftermath of the hurricane and the damage it’s caused, many Texans are calling Otis a perfect symbol of the strength and tenacity of the state’s residents. 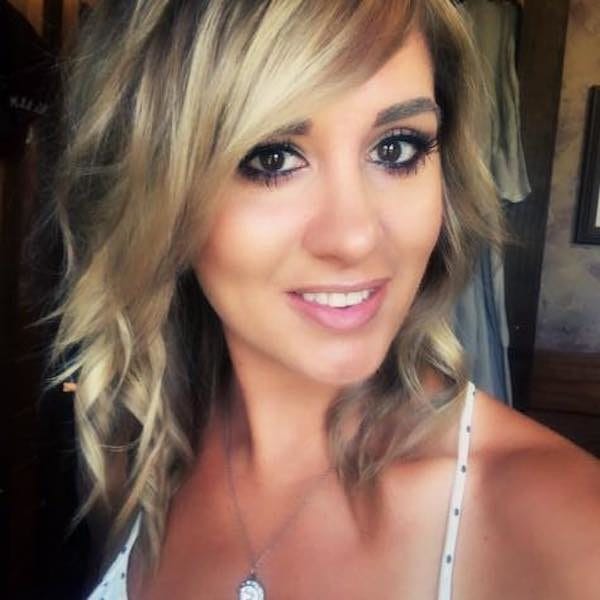 This is Tiele Dockens, a Texas resident who was home during Hurricane Harvey.

On August 26, 2017, the mom stepped outside of her house and saw something quite unusual. 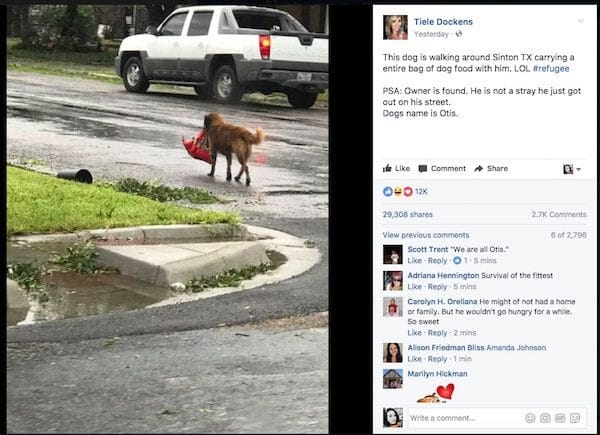 Tiele uploaded a photo to her Facebook of a dog in the street.

But the dog wasn’t just walking: he was carrying a big bag of kibble down the road!

This dog is walking around Sinton TX carrying an entire bag of dog food with him. LOL #refugee

PSA: Owner is found. He is not a stray he just got out on his street.
Dog’s name is Otis. 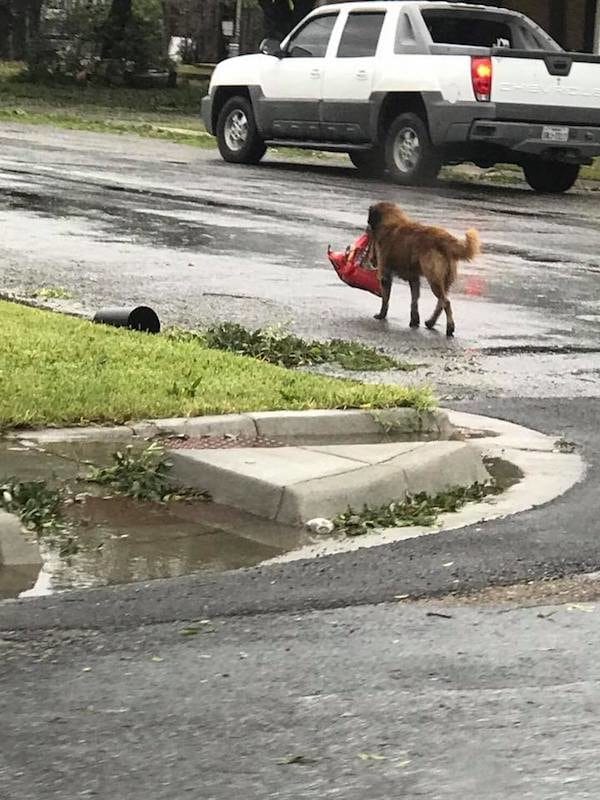 As you can see in the photo, Otis is walking down his street carrying a bag of kibble much like you’d see a person carrying food in case of an emergency.

Tiele made sure to let everyone know that Otis wasn’t a stray. In fact, he lived right down the street from her.

“I had seen him a few times in town before and someone had told me he did have an owner,” Tiele told LittleThings. “I just wasn’t 100% sure who it was, but luckily with my Facebook post I was able to find out who owned him within 10 minutes.” 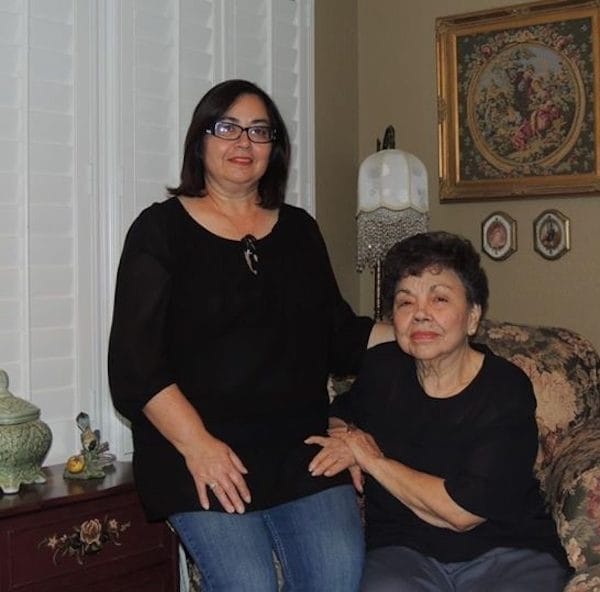 Sandra is one of Otis’ owners. She reposted Tiele’s Facebook photo and got a kick out of seeing her dog carrying his kibble.

“I have talked to the owners and they can’t believe that their dog is so famous,” Tiele told LittleThings. “This dog was never lost or in any danger. If an animal was in some kind of trouble we would certainly have helped it!”

Many commenters felt the same way and thought it was adorable that Otis was prepared for the hurricane by getting some food.

Other commenters used the post to send prayers to those affected, while also giving a thumbs up to the pooch!

One thing is for sure: Otis really was quite the clever dog to have his food all ready.

As for how in the world Otis got the food in the first place, Tiele had an answer.

“The food he was carrying was from a lumber store across the street from where he lives,” she explained to LittleThings. “He got the food and was taking it back to his house.” 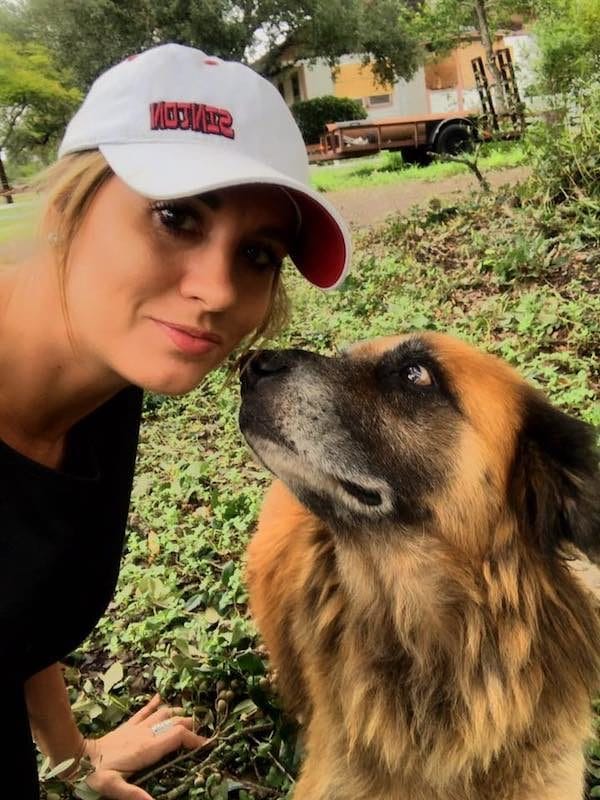 While Otis was pretty self-sufficient and could grab his own food, many animals in the Texas area have not been as lucky.

“If you want to help animals that are affected by the storm, there is a number of relief efforts and rescues places for animals set up to help with displaced animals after a storm,” Tiele told LittleThings. “Please send donations to these charities so we can help animals that can’t help themselves — unlike Otis!”