The residents of the Baton Rouge area have been under immense stress lately. As floodwaters rise, they worry about their homes, possessions, and families.

Navigating the rising water is all about timing and knowing when to leave your home behind to save yourself and your loved ones. One man lost his dog, Sadie, when he was trying to make that escape. She panicked and was lost in the water.

Meanwhile, an area man named Josh Pettit was navigating the water, helping neighbors and strangers as they needed assistance. Along the way, he’s been documenting what he sees.

When he heard some rustling in the bushes, he had to find out what was hiding there. That’s when he noticed Sadie, barely treading water. She looked exhausted and on the verge of giving up. So he and his friends did the only thing they could: rescue her and pull her onto their boat.

Eventually, Sadie was returned to her relieved owner — all thanks to Josh and his friends! 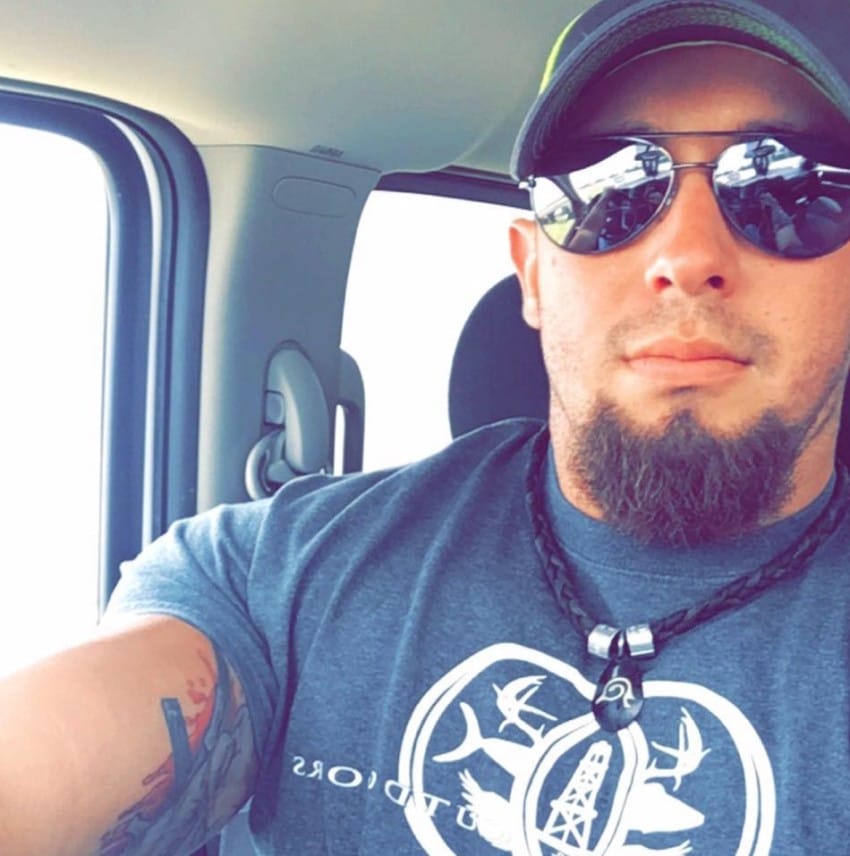 Josh Pettit was surveying the damage done by floodwaters in the Baton Rouge area when he came across a terrible sight. 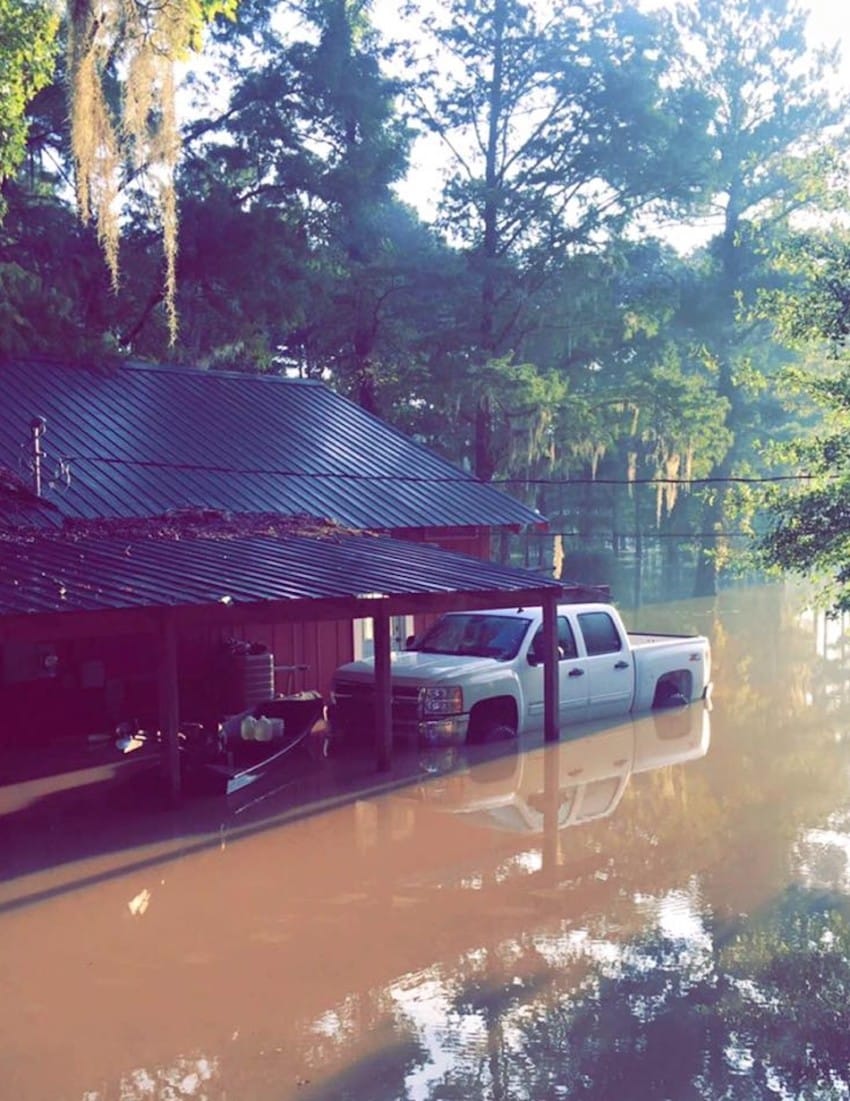 It was a dog barely hanging on for dear life, almost completely submerged under 8 feet of water. 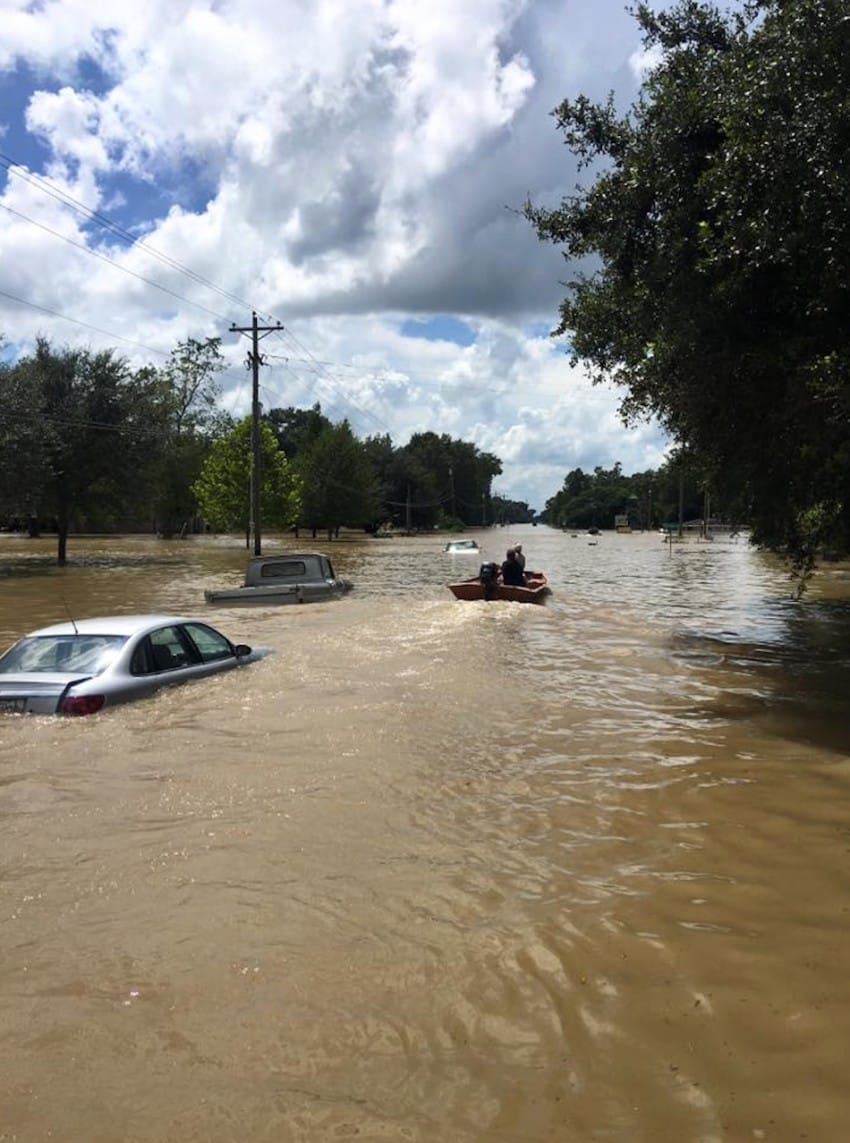 He wrote on Facebook: “Baton Rouge got flash floods this morning going from dry land to 8 feet of water in people’s houses within [two] hours! Extremely bad situation.

“Out the corner of my eyes, I [saw] a bush shaking! This is all I saw! Eyes and nose barely above water. She could barely tread water anymore. She was so worn out and had the saddest eyes I ever saw, so scared for her life!” 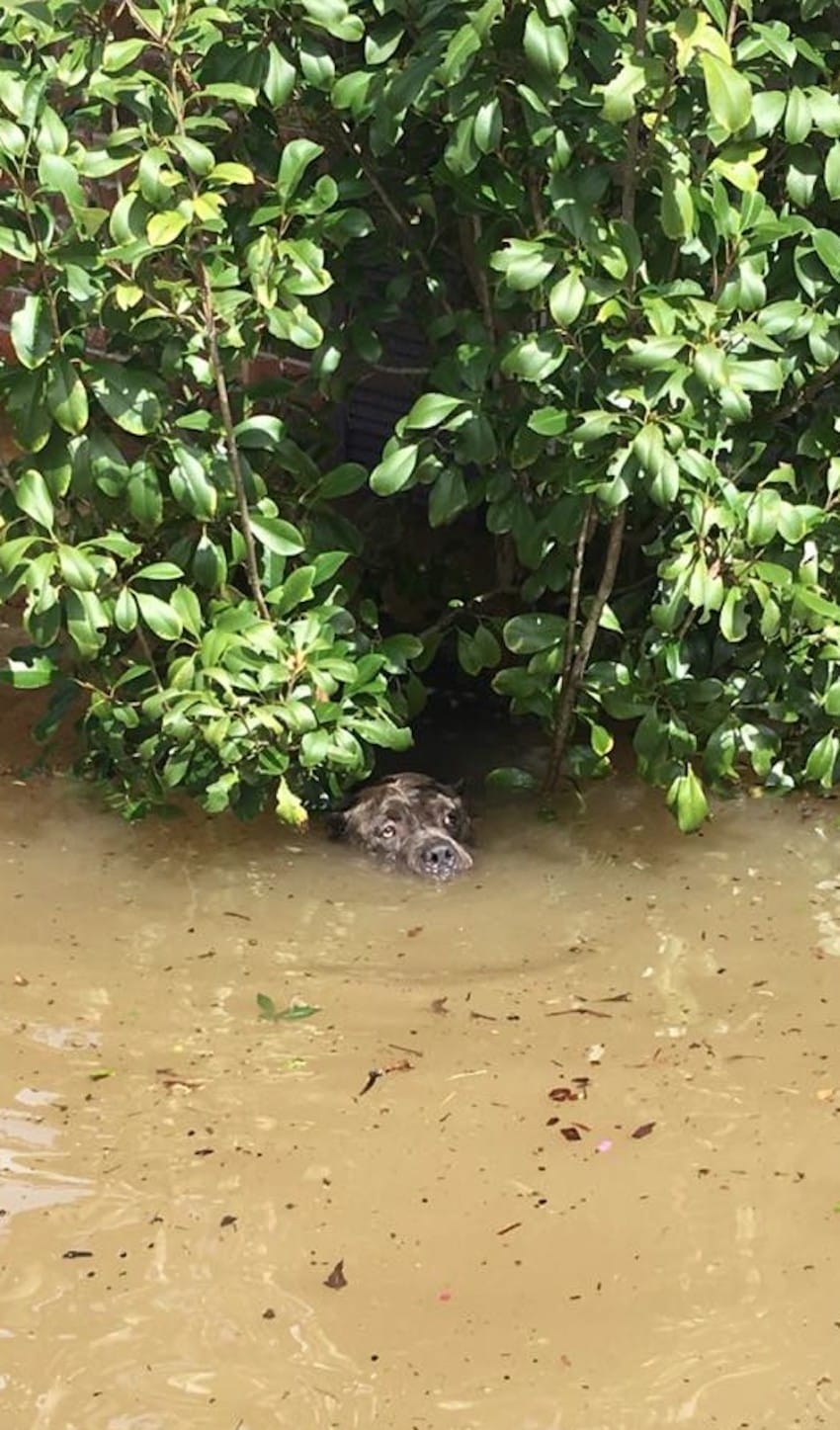 “We saved her and she came, laid her head on my lap, and cried and moaned like a big baby! She was thanking me. I thank God for letting me notice her. We then rescued a vet and his animals, and she went with them to dry land.” 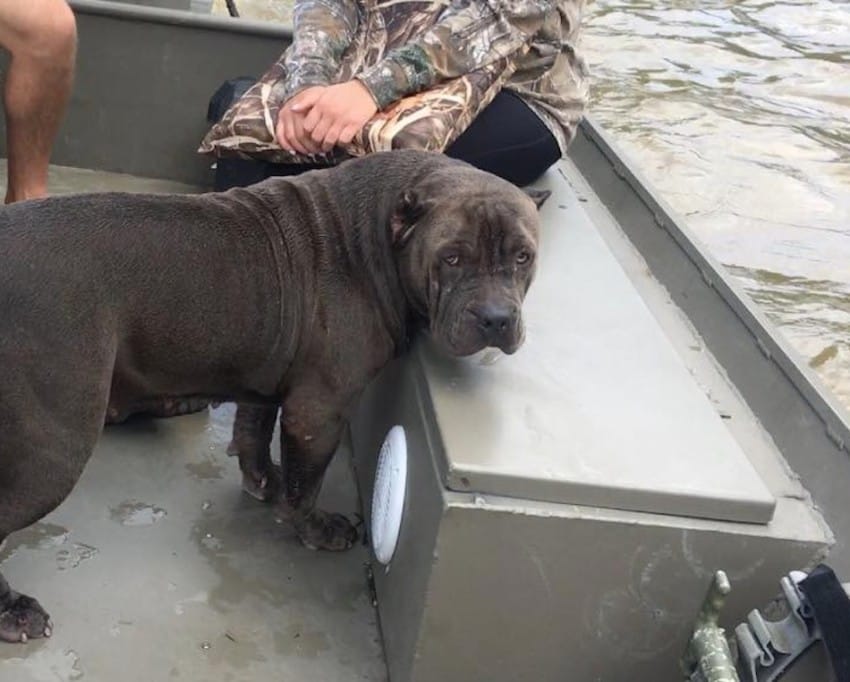 He later gave an update on Sadie’s condition: “Got Sadie back to her owner. She freaked out and ran away when he was putting the male in the truck. He said she was happy as can be!!!”