When Terenye Ann Norris’s dear grandfather passed away, she was devastated. The two had a beautiful, close relationship and with the holidays approaching, her heart was feeling heavy knowing he would not around share them with her.

“I have been struggling with grief,” Terenye said. “When he passed it shattered my heart.”

Recently, a little visitor came into her life and things began to change. 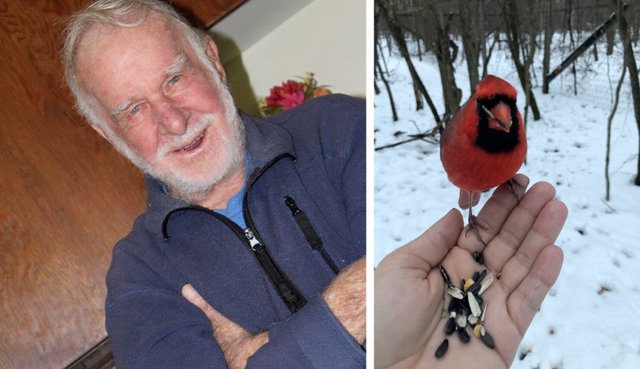 Terenye was walking along a wooded trail near her home in Ohio when she noticed someone had left a small pile of birdseed on a bench. She took a pinch of the seeds and put them in her pocket.

Suddenly, Terenye saw something she’d never seen before. Not far from the bench, perched on a branch, was a brilliant red cardinal. Terenye inherited a love for animals from her grandpa and instinctively reached for the seeds in her pocket.

“I stood on the trail with my hand out, never expecting the bird to fly down and land on my hand,” she said. “Never in a million years did I think it would come to me.”

That is exactly what happened. 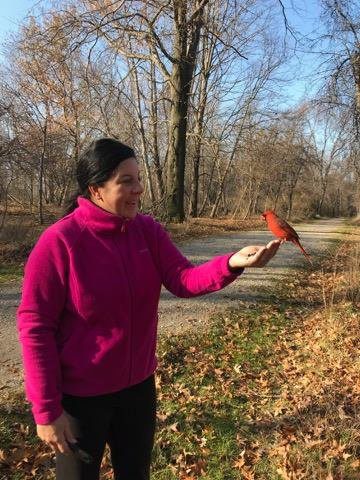 The cardinal flew to her hand which is really remarkably bold for a wild animal, Terenye was overcome with awe and immediately began thinking about another visitor she’d had months earlier.

“I kind of froze, had goosebumps and became emotional,” Terenye said. “After my grandpa passed in April, I noticed a cardinal hanging out in my yard quite frequently.” 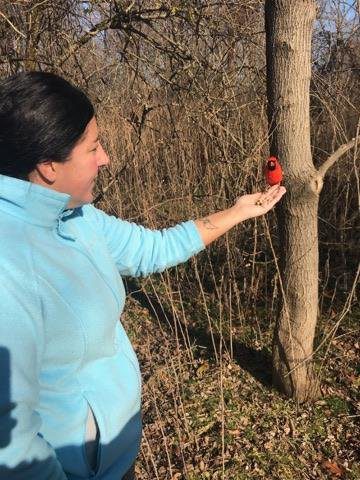 The next day, Terenye was walking the trail and brought more birdseed along just in case.

Sure enough, the little bird came to visit her again. This encounter however, felt less random as Terenye’s thoughts turned again to her grandpa.

“I really feel like it was a sign from him,” she said. “It was a comforting feeling.”

The two visits had done wonders to lift Terenye’s spirit. 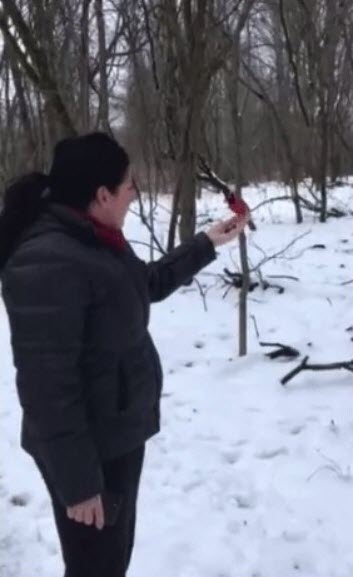 Once again while walking in the woods, this time on a different trail, Terenye was visited again and believes it was the same cardinal as before.

“I was talking to it, and it was just staring at me, as if it knew what I was saying,” Terenye said. “Nothing like this has happened to me before.” 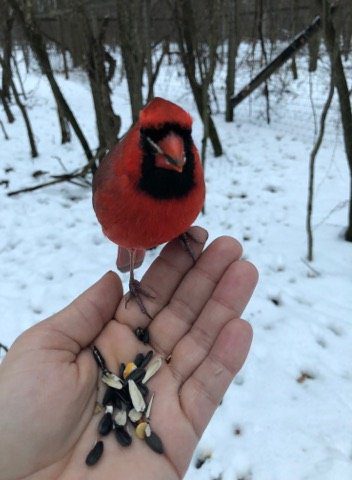 Although it is hard to say for certain what inspired these visits from a wild bird, in Terenye’s heart, she senses a connection that defies easy explanation.

It is something of a mystery but it has had a positive impact on Terenye. 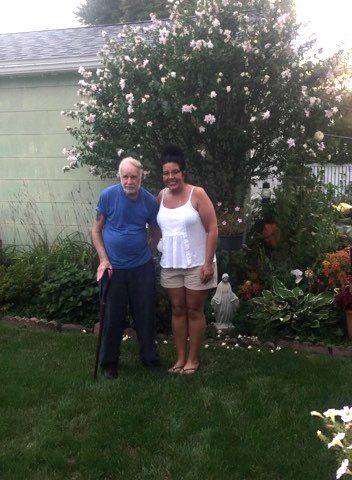 “Since the visits, I feel at peace, comforted,” Terenye said. “I do believe it was a sign from my grandpa.”