Michael Chour and a team of rescuers from The Sound of Animals, an organization that saves dogs from the meat trade in Southeast Asia, visited the dog meat slaughterhouse in Siem Reap, Cambodia. He saw hundreds of dogs crammed in tiny, filthy cages, waiting for their turn to be killed. The dogs were trembling with fear. They had seen what had happened to other dogs. People used nooses to pull them out by their necks. Then they were brutally killed for their meat. It was only a matter of time before the people with the nooses came for them. 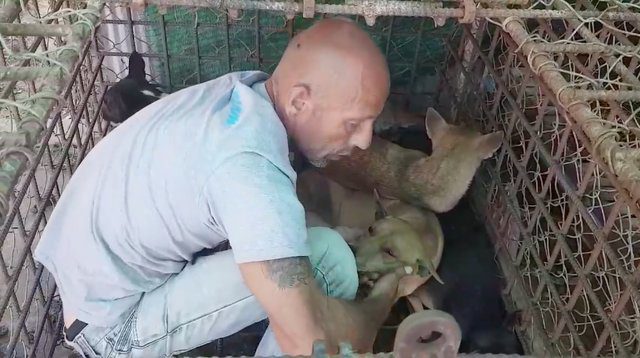 Chour inside a cage with dogs at the Siem Reap slaughterhouse

“This one is well-known in Siem Reap for selling [dog meat] in the streets and has a big share of the dog meat trade,” Chour said. “Even tourists buy dog meat from them to try it.”

It is legal to kill dogs and sell their meat, in Cambodia. The rescue team had no legal ability to seize the dogs, but  wanted to save as many dogs as they could — so they approached the slaughterhouse owner and negotiated the release of seven dogs.

The Sound of Animals

Getting the dogs out of the cages wasn’t easy when the rescuers opened the cage, the dogs crowded into a corner. Chour got into the cage with the dogs to gain their trust.

“Most of the dogs were frozen in fear and confusion, not knowing how to react except staying quite still,” Chour said. “Two of the dogs were very anxious and volatile so it was important not to provoke them.” 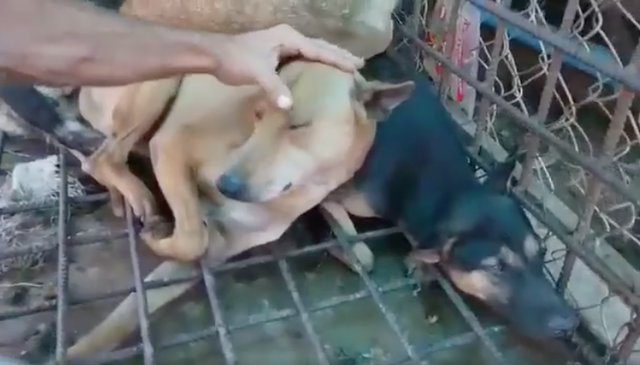 The Sound of Animals

It took Chour an hour before the dogs finally started to relax. He stayed inside the cage the entire time.

“It was important for the dogs to understand that my presence was not a source of threat,” Chour said. “They needed time to understand that and to be convinced that they were safe. It was also an opportunity for the dogs to experience physical contact of gentleness and kindness in order to establish more positive results in their rehabilitation process after the rescue operation.”

Chour and the other rescuers gently pulled the dogs out, loaded them onto a truck and drove them to safety.

Leaving the remaining dogs at the slaughterhouse was the hardest thing Chour had to do. “I sat for a long time near their cages, asking them to forgive me,” he said. 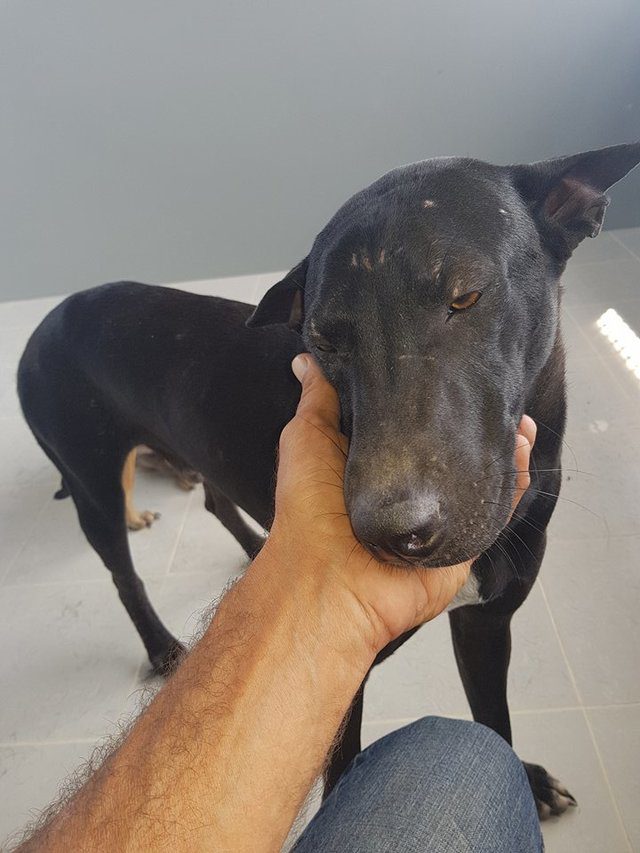 One of the rescued dogs at the shelter in Thailand

The seven rescued dogs now live at a new shelter in Thailand run by The Sound of Animals. Chour says they are all doing well. 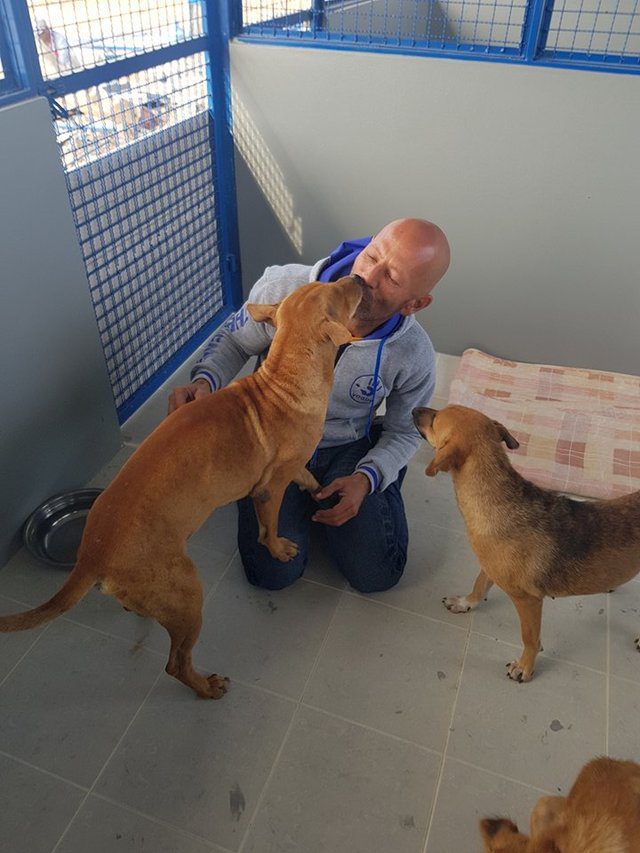 “These dogs’ personalities changed so much within the first 12 hours,” Chour said. “On the first morning at the shelter, every one of them showed trust and joy.” 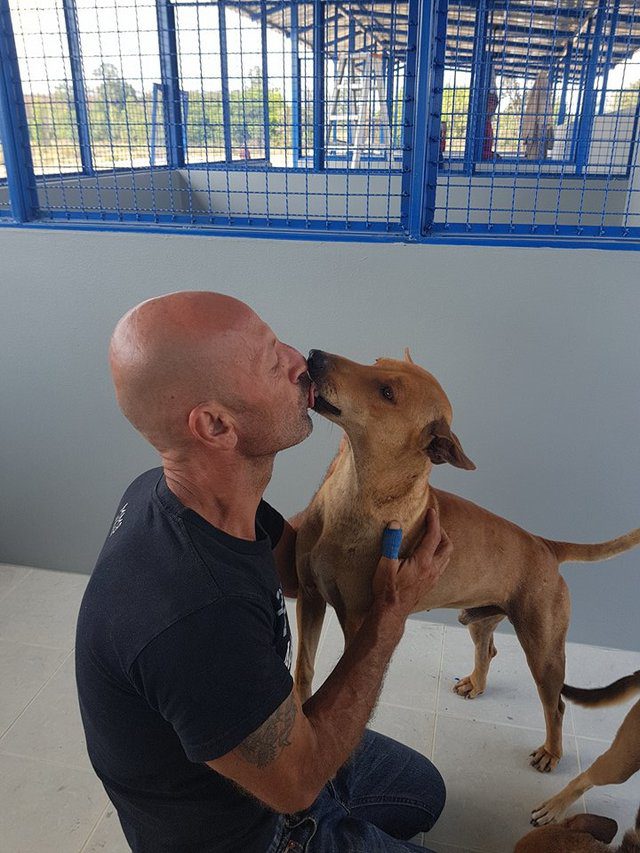 One of the rescued dogs was pregnant, and has given birth to five healthy puppies.

“To see the babies born at my shelter alive and healthy … is just so incredible, and so, so sweet,” Chour said. “It gives me hope in this new year.” 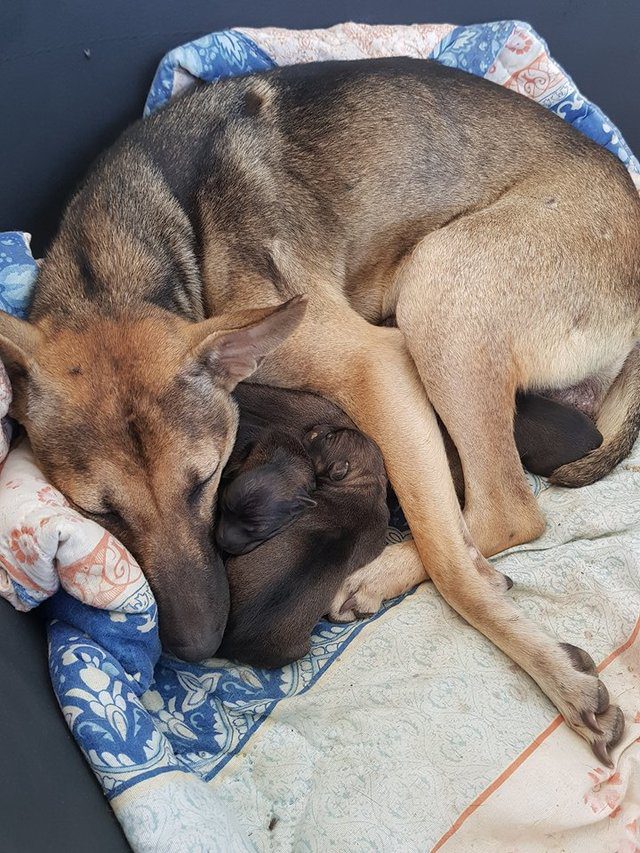 One of the rescued dogs had been pregnant, and she’s now given birth to a litter of five puppies.

The dogs will remain at the shelter until the rescue team can find forever homes for them. Chour is hopeful they’ll be adopted by overseas families.