Scarlet had been abandoned and was living on the streets. She had been declawed and left all alone with no way to defend herself. When she showed up on someone’s porch and pawed relentlessly at their door, she was covered in wounds and scars and desperately looking for someone to love her.

Scarlet was then taken to the Clermont County Animal Shelter in September 2016 and has been there ever since. The shelter, recently taken over by Clermont Animal CARE Humane Society, held a big adoption event to celebrate the new management. Poor Scarlet was still overlooked when over half of the animals in the shelter were adopted. 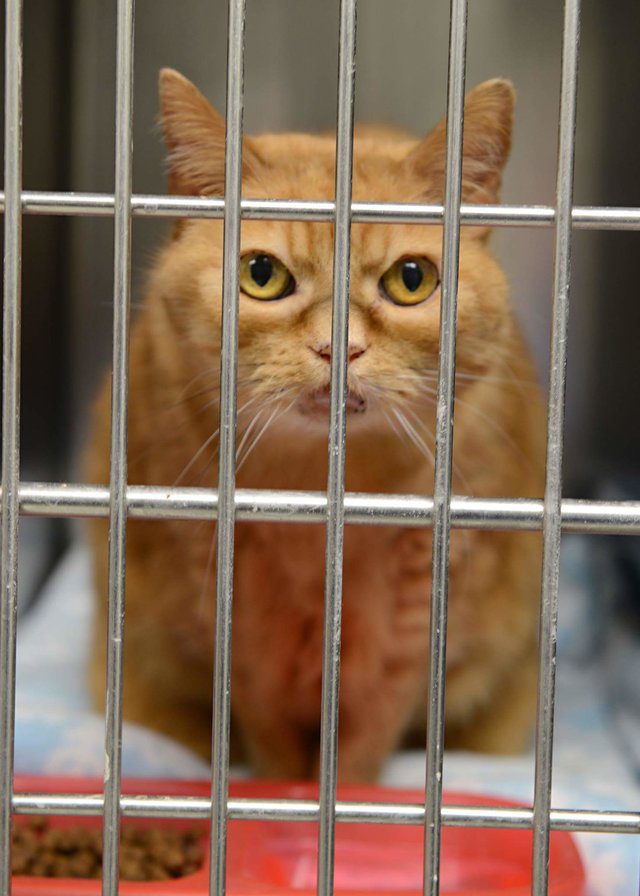 “Scarlet is a sweet, unassuming girl and while she doesn’t interact much with the other cats, she doesn’t mind them being around either,” Carolyn Evans, executive director of the Clermont Animal CARE Humane Society said. “She seems to like her own space, maybe because she has just become accustomed to life at the shelter. She doesn’t have a mean bone in her body.” 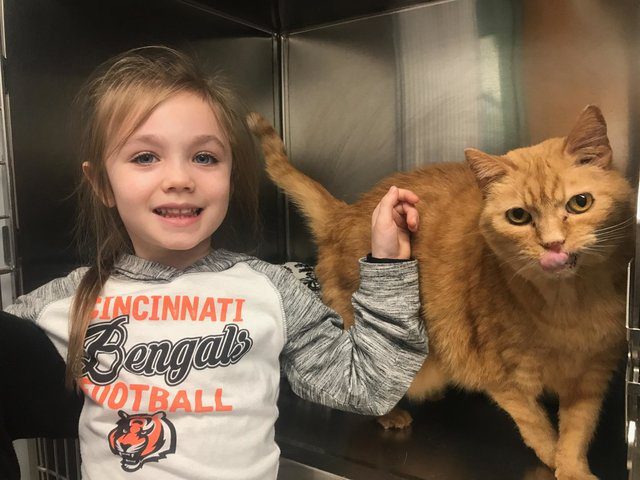 Scarlet is around 9 years old now, and the staff thinks that Scarlet keeps getting passed by because of the way she looks. She is a little overweight, has some scars and a stern-looking face from her time on the streets. Scarlet is the sweetest cat around, and just needs someone who is willing to give her a chance.

“Scarlet is not needy but welcomes attention in the form of soft words and gentle pets under her chin,” Evans said. “She doesn’t ask for much and seems to be happy with just an extra soft bed to spend her days.”

Members of the community and staffers have tried everything to help Scarlet find her forever family, but nothing has worked. A little girl raised money at her birthday party to sponsor Scarlet’s adoption fee, but still, no one has shown interest. The little girl and her mom visit Scarlet every week to keep her company and keep her spirits up as she spends day after day stuck at the shelter.

“We think that Scarlett’s perfect home would be one where she can just be herself with people willing to give her attention and welcome her to be part of the family when she wants to, but also giving her some space where she can get away if she needs some downtime,” Evans said. 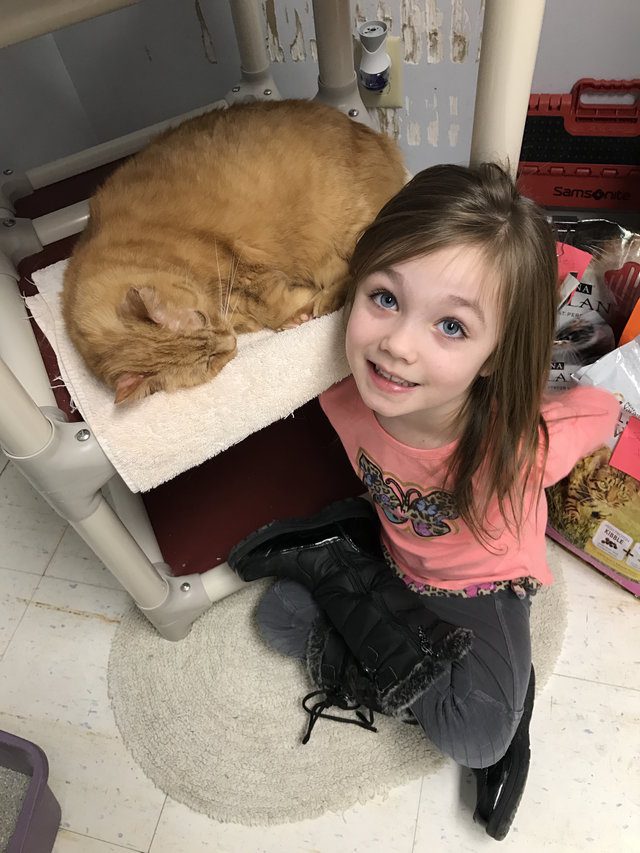 Scarlet has been waiting over a year for the perfect family, everyone knows she can’t wait for the day when they can finally see her off to her forever home.