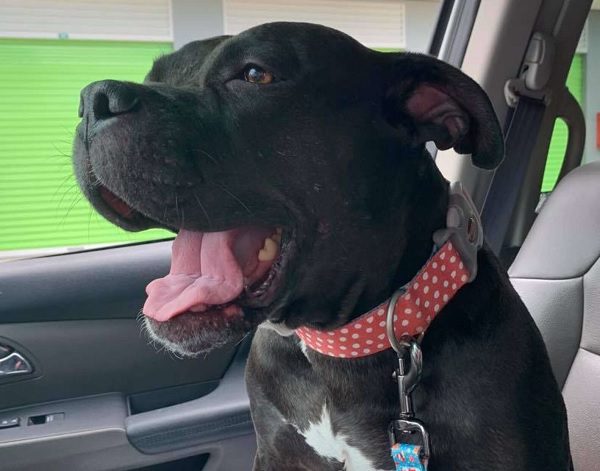 Dogs can be a finicky bunch, especially when it comes to their food. Creatures of habit, some dogs can get used to certain types of foods and flavors. For these dogs, nothing else will do. This was the case with a dog named Lola, who took offense to her mom’s slight in a hilarious way.

Treats for dogs come in a variety of sizes and flavors. A favorite among some dogs is snow cones at Pelicans Snowball, especially flavored to make them delicious for dogs to eat. For Lola, this refreshing snow fells on her face and made every day feel like a special treat.

Lola started at a local shelter. As with many dogs, she was spayed when they took her in and couldn’t walk either because of complications from the procedure; but thanks to Big Hearts for Big Dogs Lola got better very quickly!

Lola’s foster family fell in love with her

The family fostered Lola for two years, taking her to weekly physical therapy sessions. Eventually, though, her foster family decided to adopt her. They had grown to love her and her wacky ways and couldn’t bear to be parted from her.

Living with her family on their farm, Lola gets to hang out with other animals, each with rescue stories of their own. It was her weird ways that endeared her to her family and they wouldn’t trade her for the world. 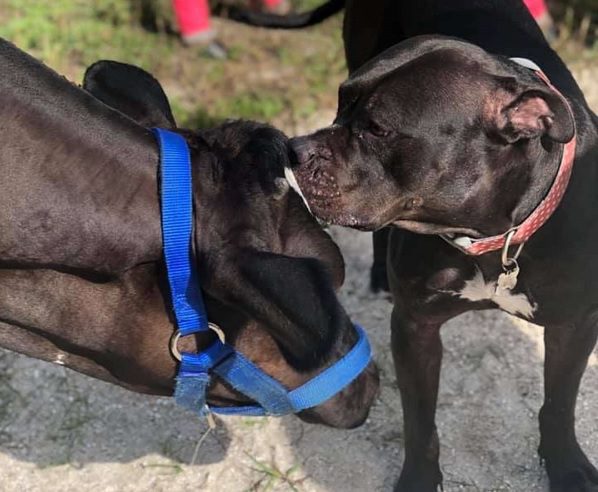 “We have had her for six years, but she’s been ‘ours’ for four,” Lola’s mom, Annie Belanger Burley, told us. “We have no clue how old she is, but she literally doesn’t age. She has the most amazing temperament, but she’s a total weirdo!” 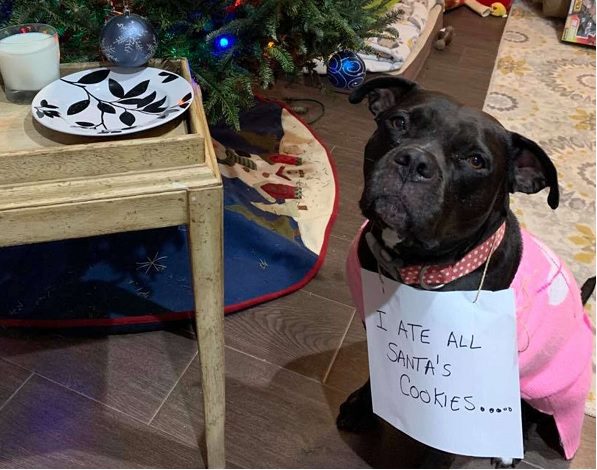 Lola loves to get snow cones. One of Lola’s favorite things to do is go for a snow cone at Pelicans Snowball in nearby North Fort Myers.

“We go to Pelican Snowballs in North Fort Myers a few times a month,” Burley said. “Her favorite flavor is chicken broth served with a Milk-Bone on top … When she gets excited, it’s usually with her eyes. She has a grumpy face the majority of the time.” 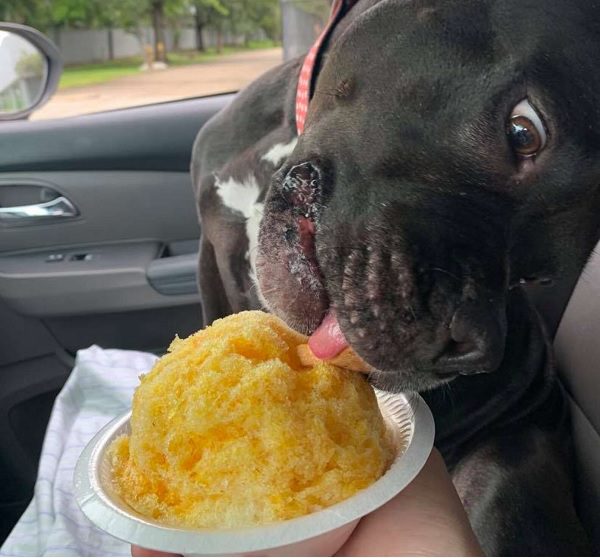 Burley recounts one time when she was getting Lola a snow cone, she decided to get her a plain snow cone. This was because Lola had been suffering from an upset stomach and she didn’t want her to overdo it. 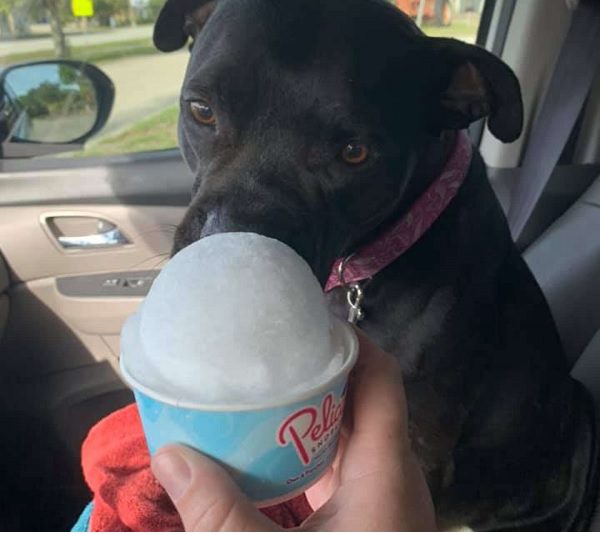 She figured Lola would be okay with the change, not knowing the attitude she was about to unleash.

Instead of eating the snow cone-like she usually did, Lola simply sat there, giving her mom the side-eye. From the look on Lola’s face, it was clear that Burley had made a mistake and that Lola didn’t intend to eat the Pelicans snowball. 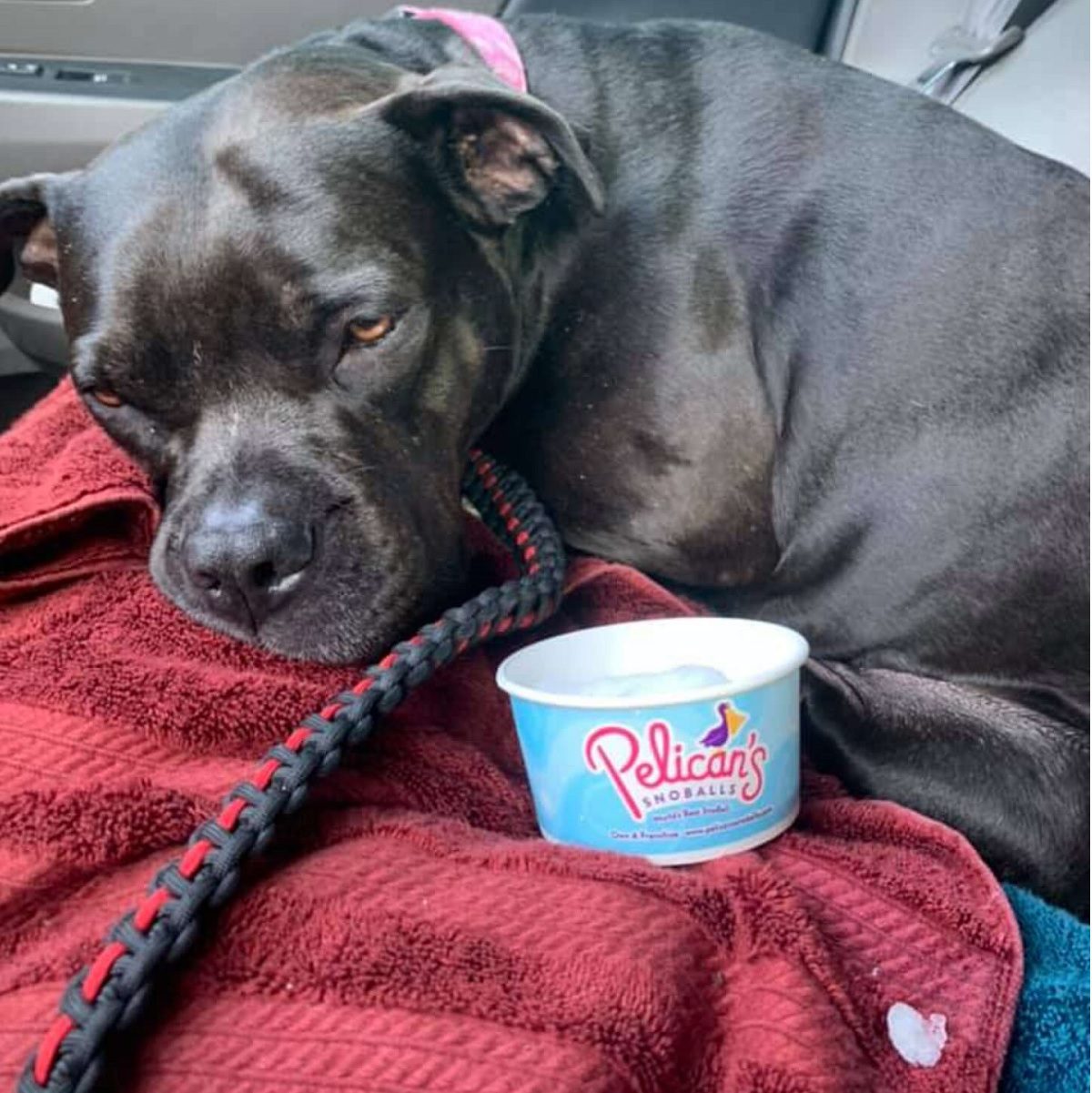 Surely, there will be other snow cones in the future, as long as they are the flavor she wants.