Romania is currently dealing with an issue of overpopulation when it comes to stray dogs, something effecting several of its cities. Officials have estimated around 3 million abandoned canines roaming the streets. Under a new law passed by the government, the strays are being taken to shelters where, if they remain unadopted after 14 days, they are put down. The law has faced a lot of criticism from animal activists across the country, but in the meantime there are still so many dogs suffering.

That was the case for these two dogs found dumped in a lake in the town of Dej.

The lake is surrounded by a cement wall making it impossible for them to climb back out once being tossed into the shallow water. 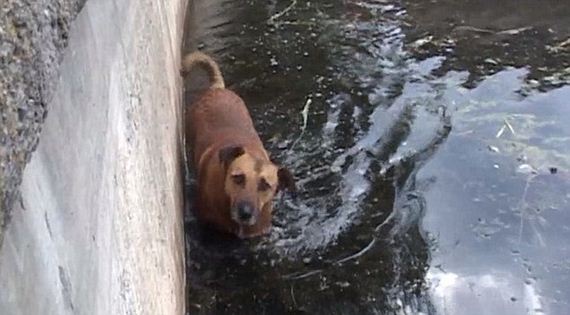 They had been left to die for 48 hours… Until someone came to their rescue. 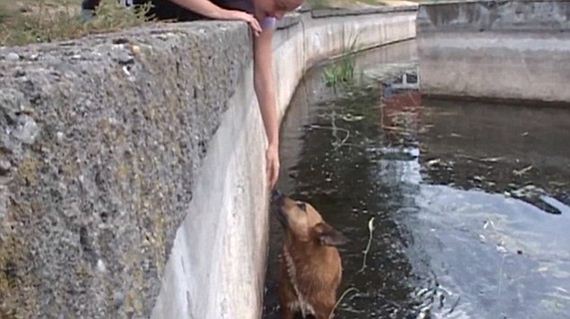 This man didn’t hesitate to jump in an bring them back to safety. 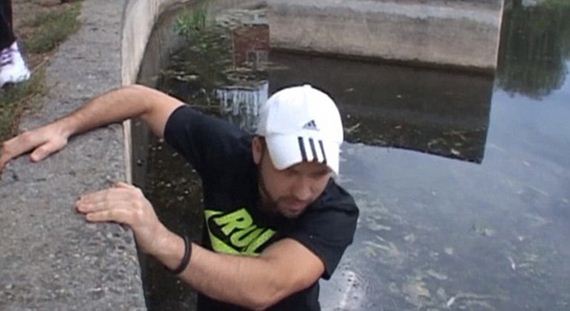 He slipped a collar onto one’s neck in order to keep control as he lifted it out. 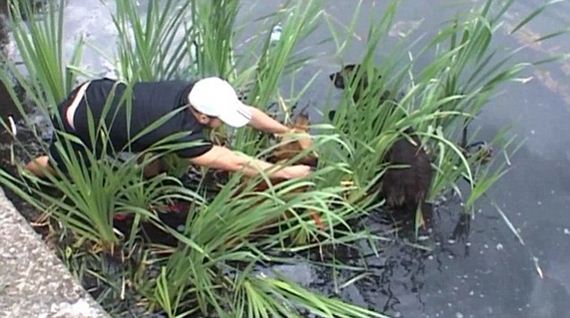 Aided by friends, they help the understandably nervous pup out of the water.

Then return for the second… 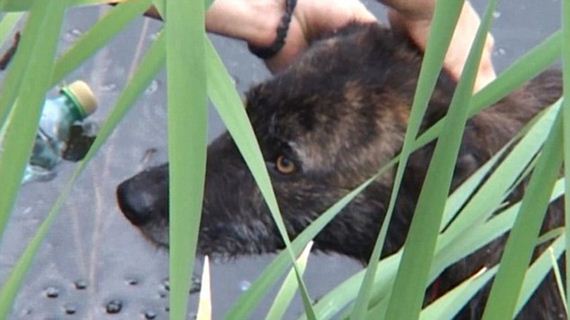 After getting pulled out, this one rushed to find his companion before he can shake off the water. 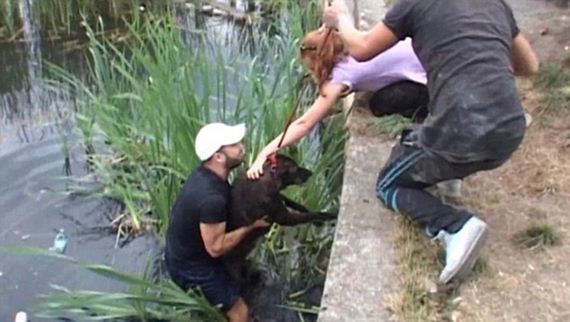