Pancake has been an important part of an elephant sanctuary in Thailand ever since the stray dog was found three years ago.

“She was a stray on the beach who was picked on by other dogs,” Katherine Connor, founder, and CEO of Boon Lott’s Elephant Sanctuary (BLES) said.

When a sanctuary supporter found Pancake, she asked Connor if she would take the dog. “Of course I said yes!” Connor said. “Pancake has been my shadow ever since.” The people and animals at BLES focus on taking in elderly elephants after they can no longer work.

When an elderly elephant named Sao Noi was passing away, her friend, an elephant named Boon Thong, was seen standing next to her, stroking her with her trunk to comfort her. 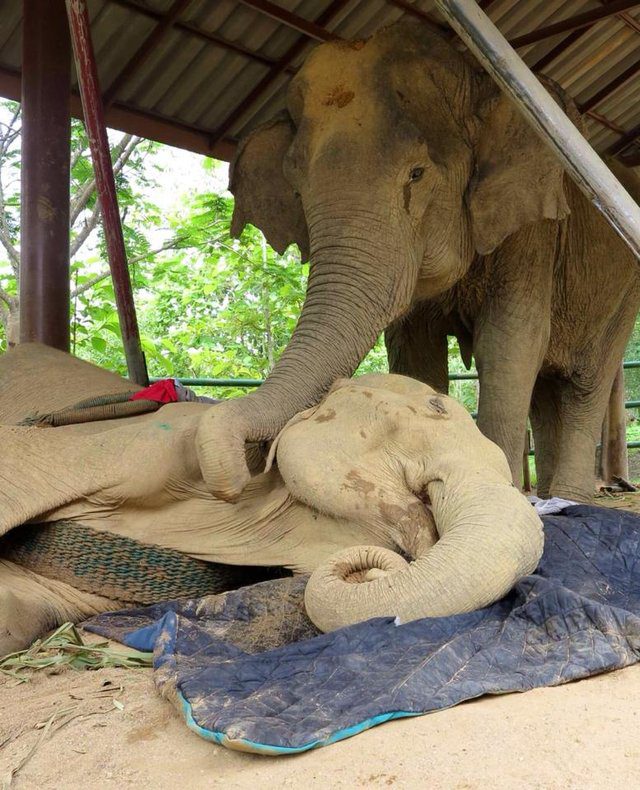 Now, two years later, Boon Thong’s own time of need arrived and she had individuals who were there by her side, the way she had been for her friend.

Pancake realized Boon Thong wasn’t feeling well, and hurried to be with her. 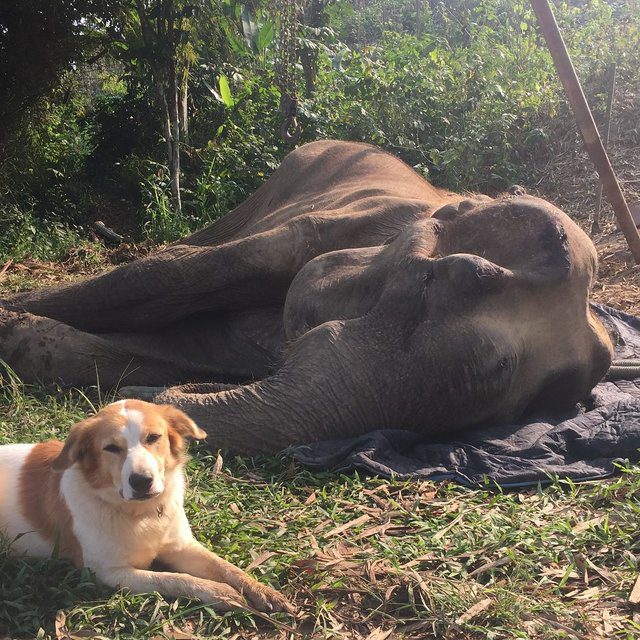 Pancake has enjoyed the peace and calm of the sanctuary, and lends a sense of commonality among the animals saved by BLES. Pancake and Connor both sat with Boon Thong for hours. They had the most difficult task of all, remembering her life and ultimately saying goodbye. 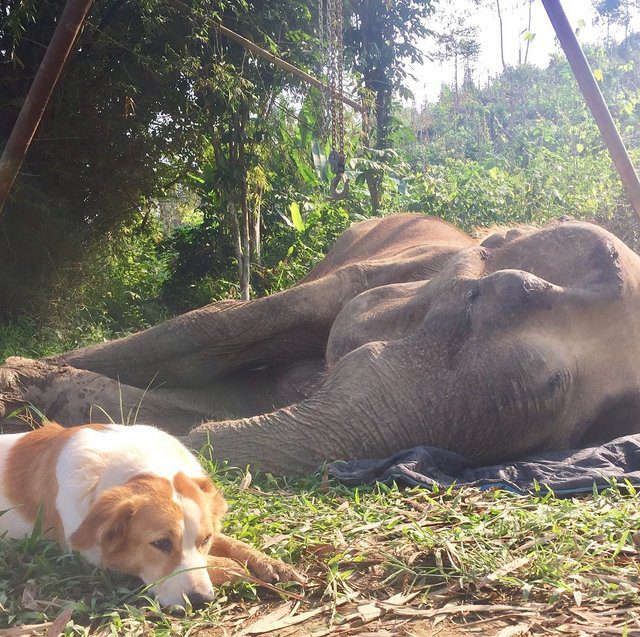 Boon Thong, was in her 60s, lived the last five years of her life at the sanctuary after being saved from a riding camp. “She was used to carrying tourists on her back for hours on end and after doing this for almost 30 years, she nearly broke her back,” Connor explained.

When Boon Thong arrived at the sanctuary five years ago, she was exhausted. Soon, however, Boon Thong learned just how different the sanctuary was from the life she had known.

She was finally able to be free at the sanctuary, learn her likes and dislikes, and roam and forage in the forest. All things she wasn’t able to do for most of her life. “She was free to be in control of her own life, to make her own decisions, to express herself,” Connor wrote in a tribute this week. “Boon Thong was a creature of habit. She had her favorite spots in our release areas that she would always gravitate to during our daily walks. She always scratched the same tree and she always stopped at the same spot in the stream to throw mud all over herself.”

Connor and Pancake sat with Boon Thong for nine hours while she slowly passed away.

“Pancake, with that beautiful heart of hers, did not leave Katherine or Boon Thong once,” BLES wrote on Facebook. “She knew she was needed, to offer support and she quietly lay beside Boon Thong, until sunset — until the final breath.” Boon Thong’s body was buried surrounded by fruit and flowers, and her old friends, including Sao Noi on the sanctuary grounds. She can always be close to the individuals who loved her.