Patrick Peifer rescued Oliver from a bad situation last year.  Peifer, his wife, and kids have all gone above and beyond to make Oliver feel loved.

“We’re just happy to have him,” Patrick t. “He’s been a wonderful addition to our family.” 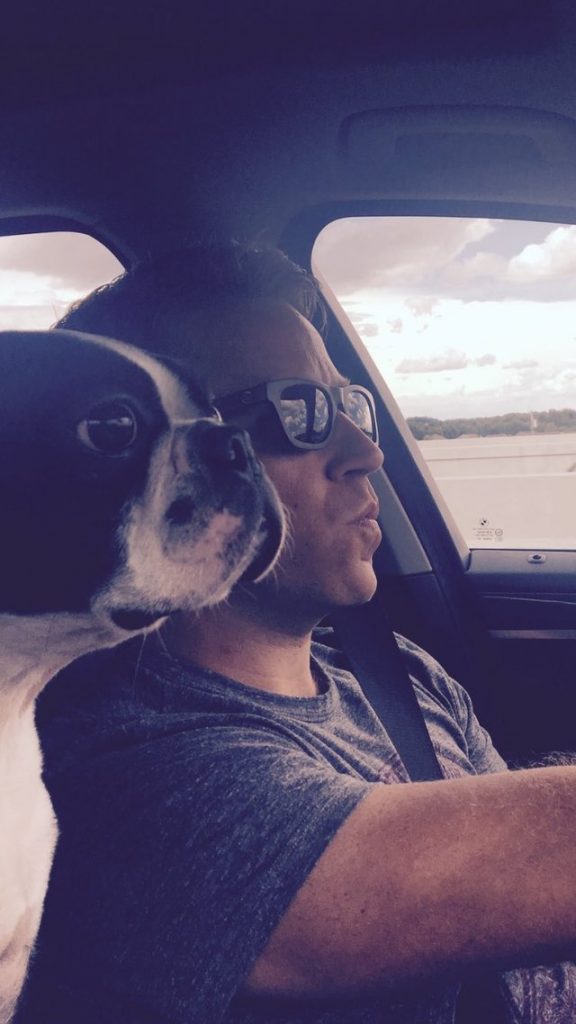 Patrick and his family wouldn’t ever want to make Oliver upset, but when it comes to a routine nail trim,  it turned into a huge ordeal for everyone involved.

“It required one person to hold him still, and one person to do the clipping,” he said. “Oliver really does not like being physically held against his will, so it was not that easy.”

That’s when Patrick got creative. 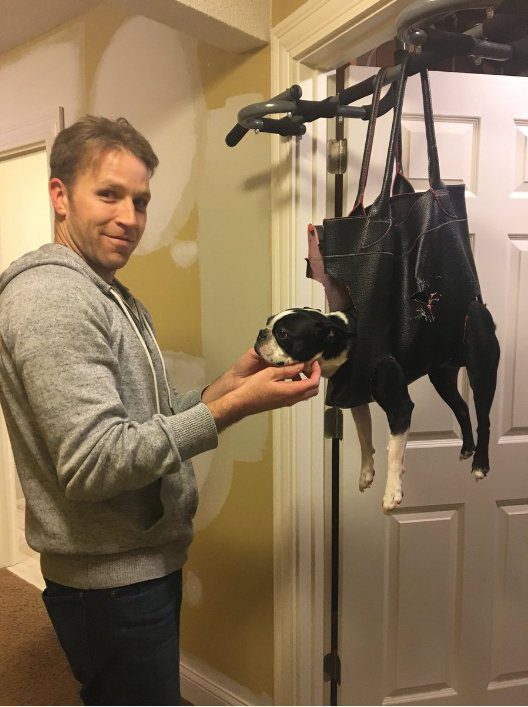 “I knew that I would need something that would limit his mobility without being physically restrained by another human,” Patrick said.

Once he saw the prices of products on the market, Patrick figured he could whip up one himself. He thought he might use a lady’s handbag, so he asked his wife for advice. She promptly directed him away from the contents of her own closet.

“She suggested I look for one at the Goodwill,” Patrick said. “I paid $8 for it. Using some of my wife’s sewing equipment, I removed some stitching and then cut four holes for the legs, and one for his head with an X-Acto knife. I realized it would be easier to get him in the purse if I cut it down each side so that it could lay flat on the floor. I just stood him up on top of the flat, opened up the purse with his feet in the holes, and then grabbed the handles and lifted him up.”

Patrick describes his creation as “sort of like a dog soft taco.” 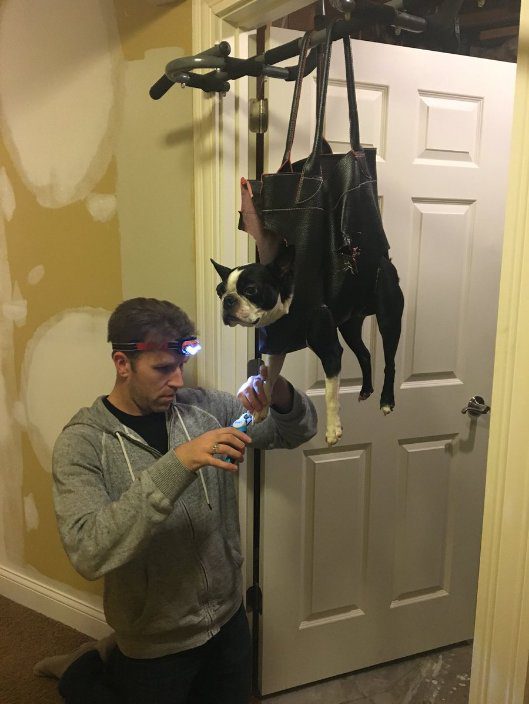 The clever solution took all the drama out of nail trimming and Oliver was chill as he dangled there, suspended in his custom dog purse.

“He handled it well. He was very calm while hanging there. No fuss from him as I clipped his nails,” Patrick said. “I made sure to give him nibbles of his favorite treat (string cheese) for every nail I finished.” 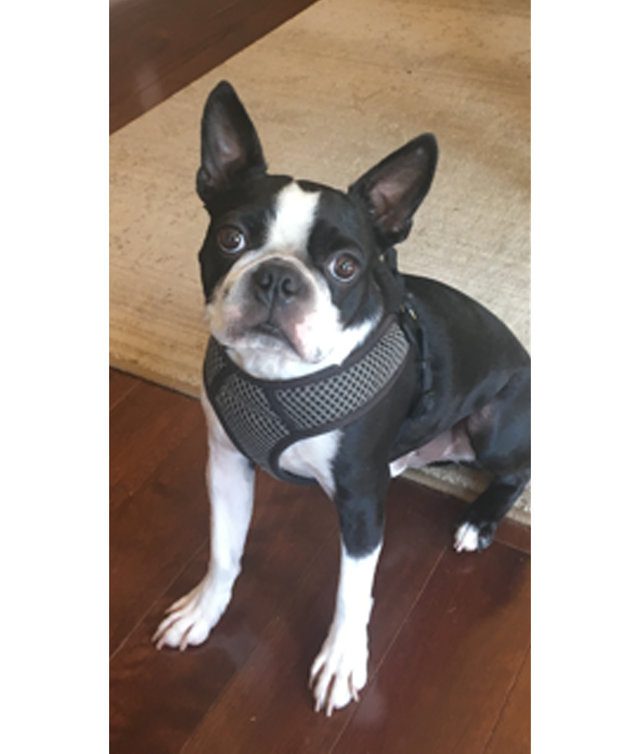 Patrick hopes other pet owners might take inspiration from his idea should do so with their pup’s safety and comfort as the first priority. The dog’s size and temperament are major considerations.

“It worked well for me because Oliver is pretty small, and I knew he probably wouldn’t freak out,” he said. “You have to know your dog, and it obviously would not work for a larger dog.”

Patrick is planning to make adjustments to his design, so Oliver’s next nail trim will be even more comfortable than the last.