More than a year ago we made a post about homeless people and their dogs. Amazed by their four-legged friends’ unconditional love, we decided to turn the post into an open list so you could contribute as well.

Once a dog forms a close relationship with a caring owner, their loyalty can be unbreakable, and they will stick with their owner through thick and thin. And unlike us, dogs don’t pass judgment on people who are down on their luck or homeless. This post is a tribute to homeless dogs, who love and stick with their homeless owners no matter what.

1. This Homeless Man Hid His Face In His Puppy Because He Was Too Embarrassed To Let The Photographer See His Tears 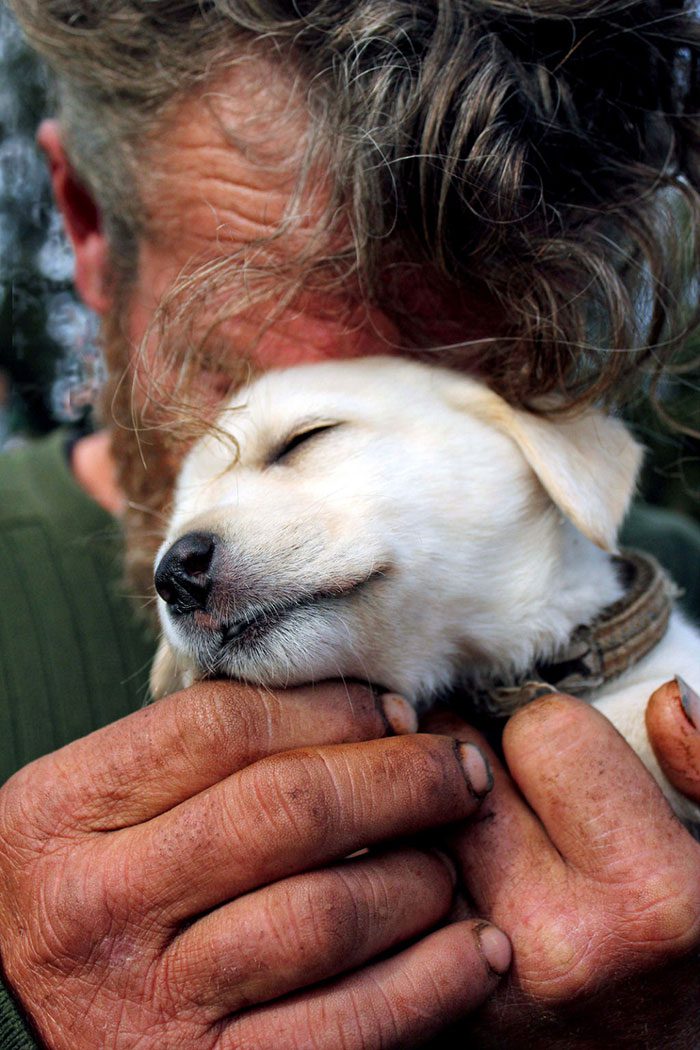 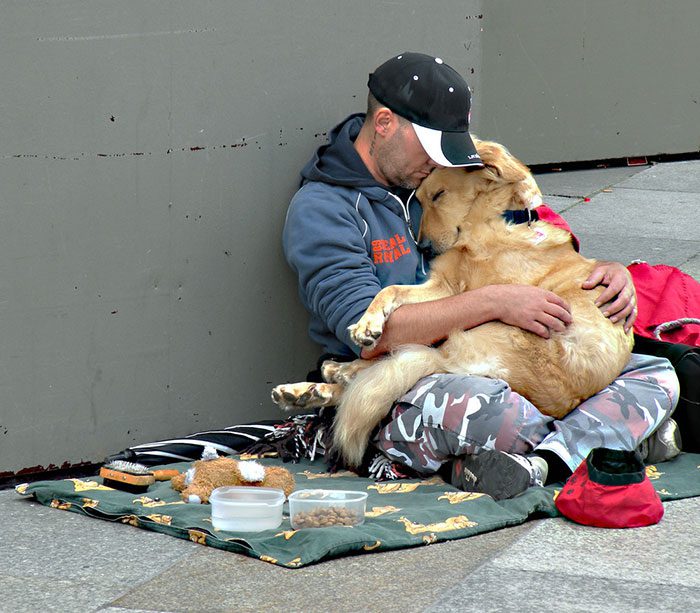 3. Homeless Man Sleeps In The Arms Of His Dog 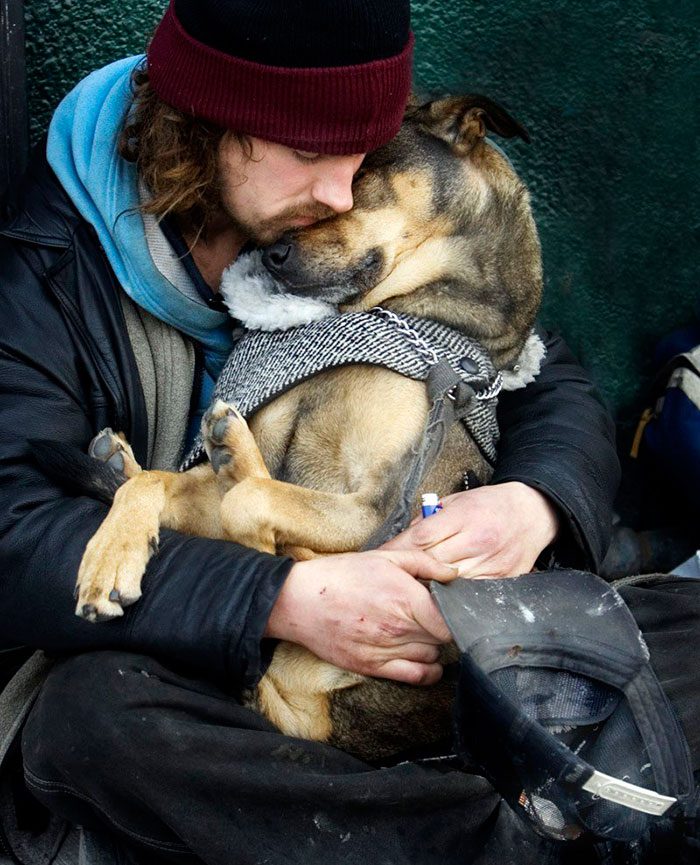 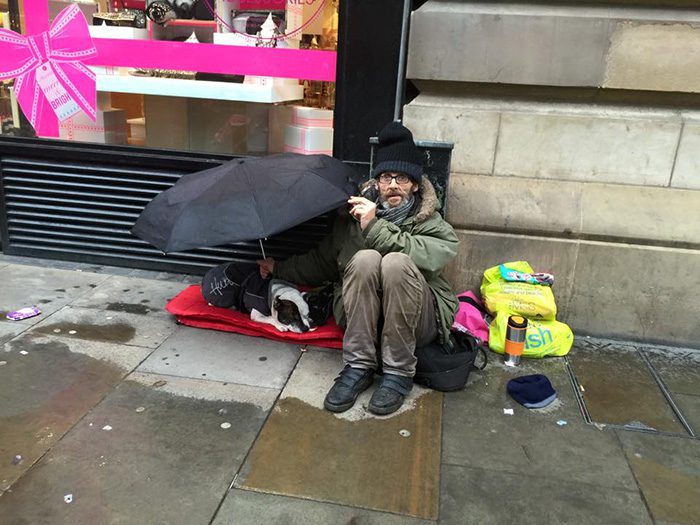 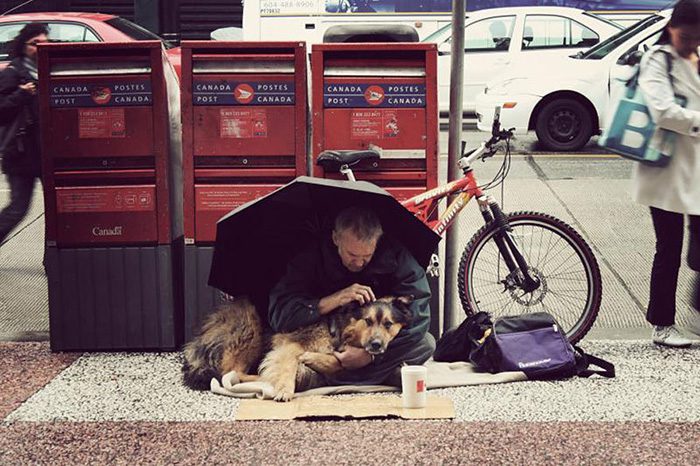 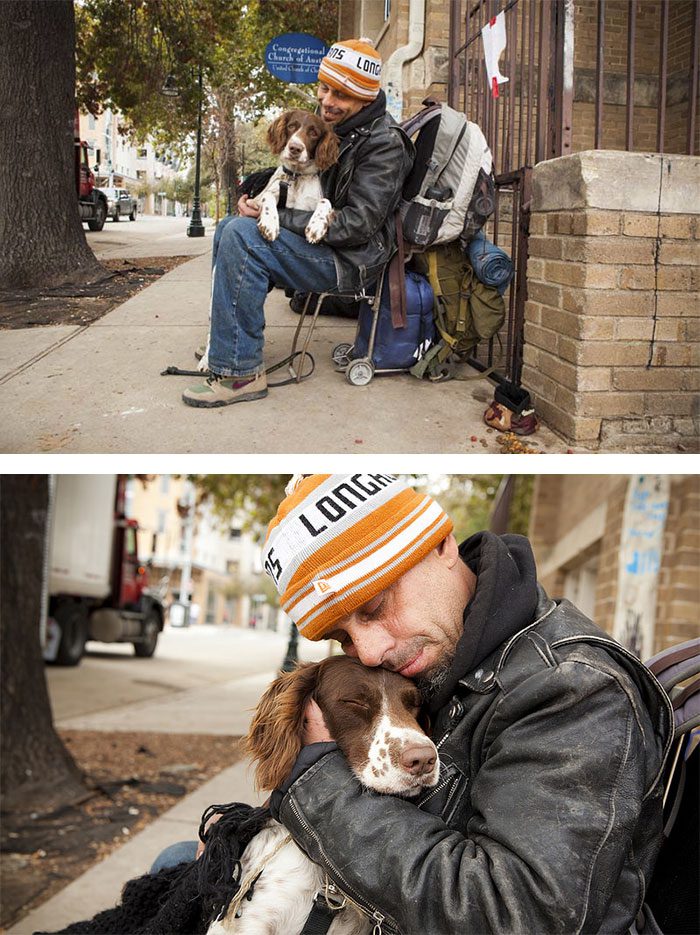 7. Homeless Man And His Dog 8. Homeless Woman With Her Dog In Dublin 9. Homeless Man With His Dog 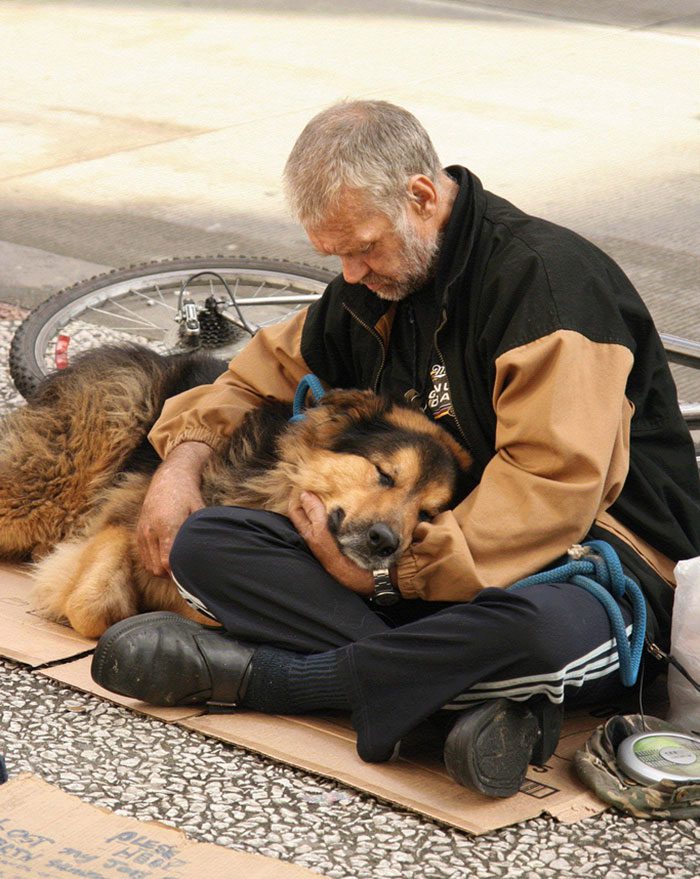 10. Homeless Man With His Dog 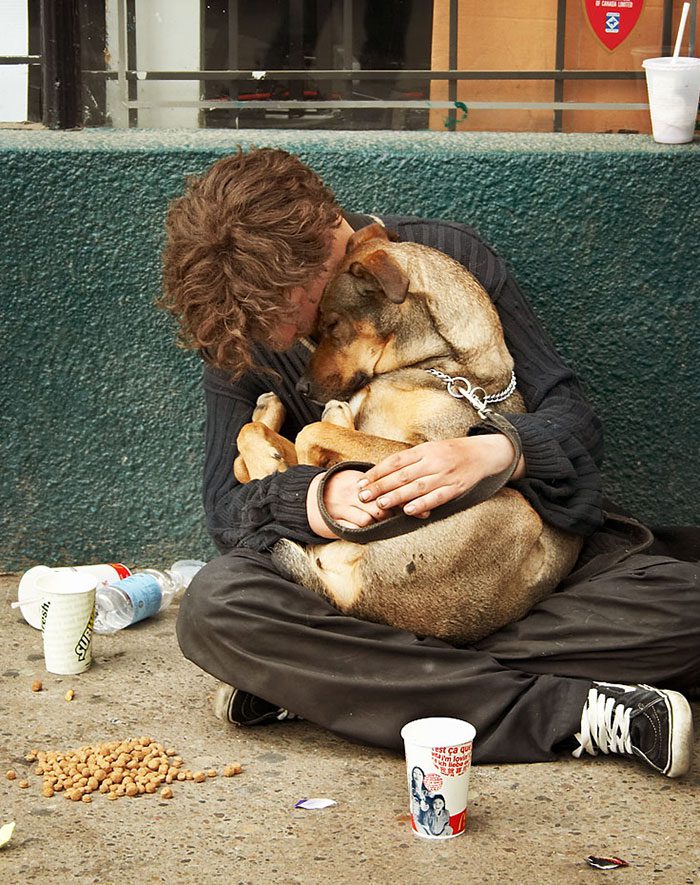