Home
animals
8 Years After Being Saved, Elephant Brings Her Baby To Meet Rescuers

Yatta, the elephant, could not wait to show off her newest baby to her former caretakers at David Sheldrick Wildlife Trust (DSWT) in Kenya.

Yatta is an 18-year-old elephant released back to the wild over eight years ago. She showed up at the sanctuary with her newborn calf last month to introduce him to the people who took her in as an orphan in 1999.

Yatta was hand-reared by human caretakers from 1 month of age and lived alongside other orphaned elephants at the sanctuary before eventually being integrated into a herd of adult ex-orphans living in the wild.

The video of this special moment shows the small calf, whom rescuers have named Yoyo, doesn’t stray too far from his mom. He flaps his ears and waves his trunk around in excitement. Yatta brought her firstborn daughter, Yetu, for the visit, who stands watch near her new little brother.

“She’s a proud momma,” caretakers said about Yatta. “And in a show of absolute trust and affection, she brought her newest baby back to meet the people who saved her.” It is quite common for ex-orphans to return with their newborn calves, every time they decide to visit “is amazing,” Rob Brandford, of DSWT said.

“We have not only saved an orphan baby and raised her, but she has successfully returned to the wild and started her own family,” Brandford said. “For elephants, family is everything — so it’s no surprise that they choose to share their new family member with their former human carers, for they are part of their family.” 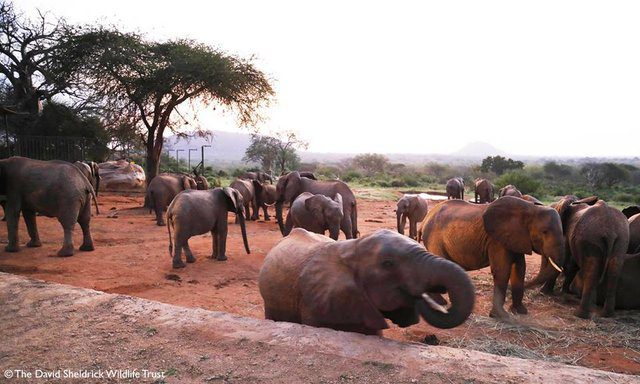 Rescuers are calling Yatta a “miracle mum,” as she has now given birth to two healthy calves fathered by wild-born elephants.

“Imagine our delight when she chose to share her second birth with us, returning to her former stockades and her human family, so that we could be a part of celebrating the arrival of her new baby — a healthy little boy,” caretakers added in an update. 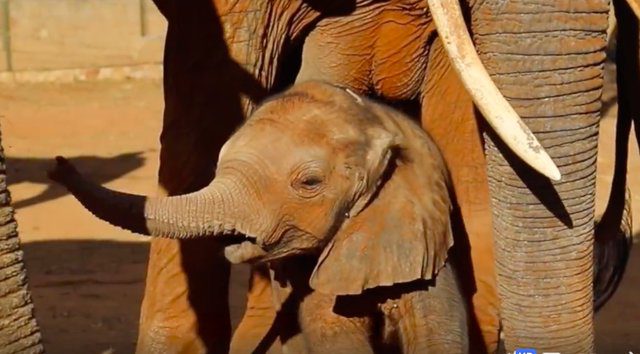 The caretakers soon noticed that two of Yatta’s adopted orphan “sisters” who live alongside her had also given birth to calves, bringing DSWT’s total count of wild-born babies to 28.

New wild-born calves are a welcome sight for DSWT, which saves countless orphaned and injured elephants each year. Many of whom are victims of poachers.

That was in fact, the case for Yatta, whose mother was killed for her tusks when she was only 1 month old. Men heard young Yatta’s cries, and they helped transport her into DSWT’s care. She is now one of more than 100 orphaned elephants returned to the wild by DSWT. They also have a field team that patrols wild habitats to keep the animals safe from poachers.

“We are delighted to witness the ex-orphan herds beginning to expand so naturally,” caretakers added. “There could be no greater gift for us, or testament to the success of the Orphans Project than to share the joy of such perfectly healthy baby elephants like our three ‘October kids.’”

Watch a video of the three new calves below: