Rescuers from Save Vietnam’s Wildlife (SVW) arrived by plane in southern Vietnam because they received a tip-off that was particularly urgent. What they discovered stuffed inside boxes was unbelievable. 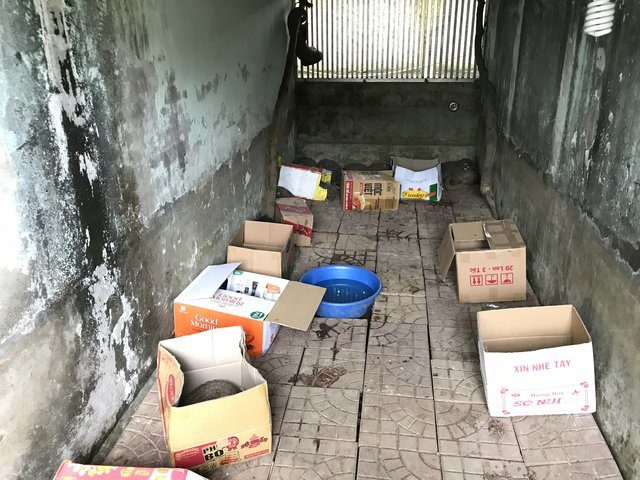 Inside the boxes were 114 critically endangered pangolins that had just been seized from traffickers in Ca Mau , many of them were still alive. 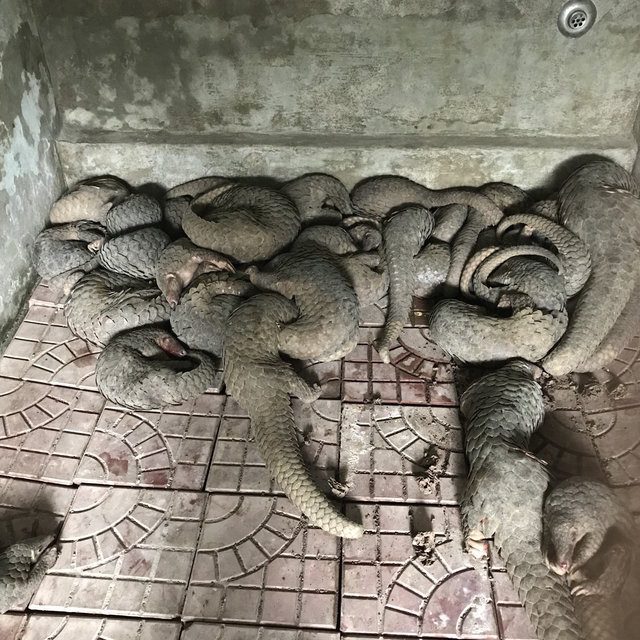 Sadly, the rescuers are used to such gruesome scenes. Pangolins are shy, nocturnal animals who curl up into tight little balls when frightened. They are considered the most highly trafficked kind of mammal on the planet. Every five minutes, a pangolin is captured in Asia or Africa and sold in East Asia for his meat or scales that are mistakenly believed to have medicinal properties. 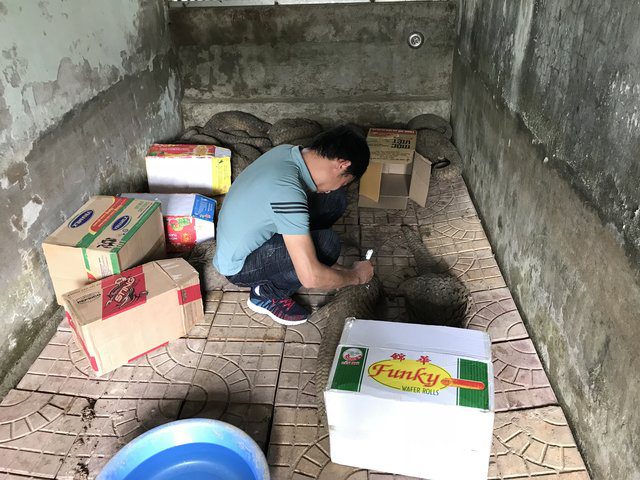 Because of such high demand for pangolin products, one million pangolins were traded illegally in the last decade. Traffickers force-feed the animals or inject them with water to get them to weigh more, thereby increasing profits. 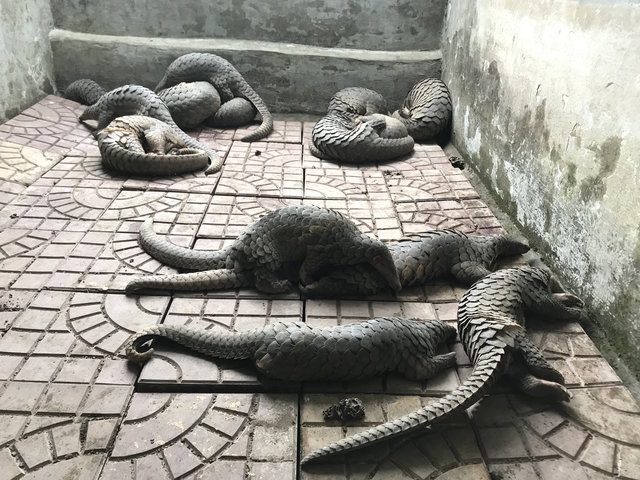 The pangolins were starving to death. When the rescuers arrived by plane, they rushed to revive the weak and dying pangolins. A van was on its way from the rescue center to retrieve the animals and bring them back to where they would be able to recover. 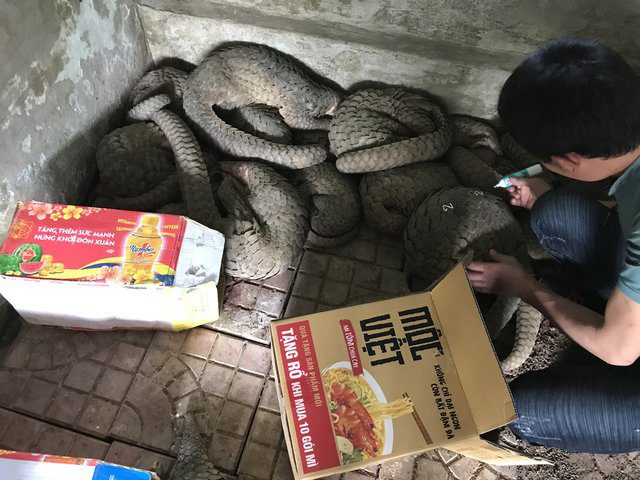 “It’s ugly but it’s real,” SVW wrote on Facebook. “We came as soon as we [could] but were only able to save a half of them as they were all too weak from dehydration and diarrhea.”

Many pangolins do not survive the stress after being stolen from their wild habitat. During the two-day drive back to the rescue center, several more pangolins perished in the van, but some showed signs of strength. 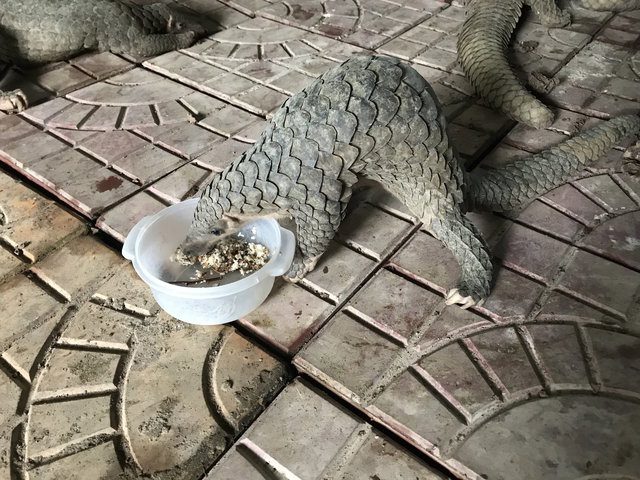 “These lucky pangolins enjoyed their first meal after a full week of starving,” the rescue wrote when posting a video of several hungry pangolins sharing some food.

“We were only able to save 50 of 114 pangolins since they were really weak and the condition in Ca Mau was bad,” Phap Nguyen Cong, communications officer for SVW said. 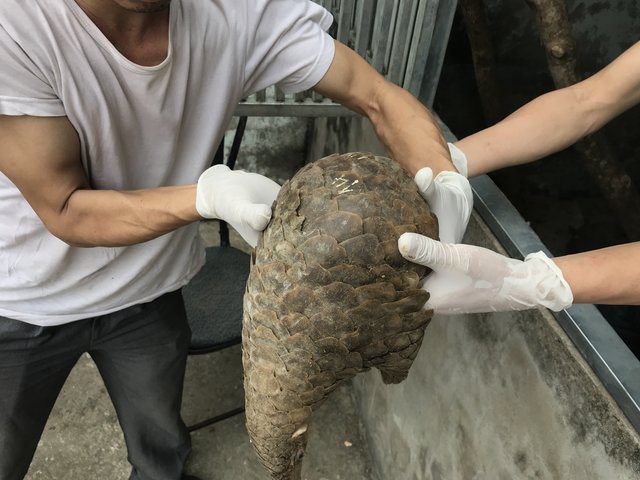 There’s no question that this lifesaving work is worth the heartache and the challenges according to rescuers. They need to buy an almost constant supply of expensive ant eggs, the main component of a pangolin’s diet,  to keep these survivors strong.

Many followers of the rescue center, expressed gratitude that SVW was there to save the survivors. “So tragic,” one person wrote. “Thank you for saving the ones you could. You’re all heroes to these poor exploited individuals.”

“Keep fighting the fight,” another wrote. “Every one pangolin that you save matters.” 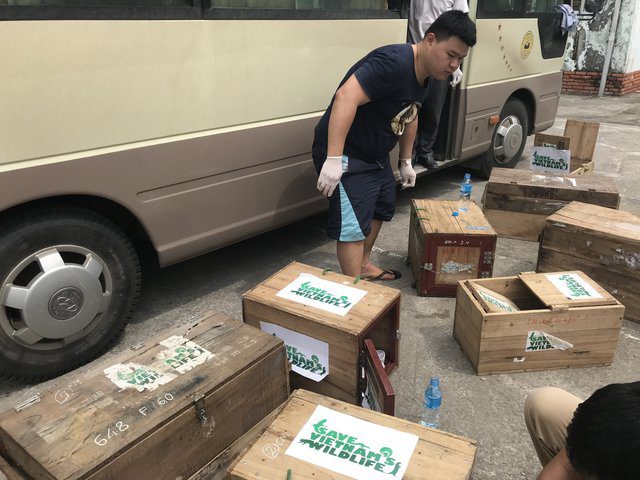 Before being released into the wild, the 50 surviving pangolins will have as much time as they need at the rescue center to recover.

They are now beginning to calm down, uncurl their little bodies and eat, now that they finally feel safe. 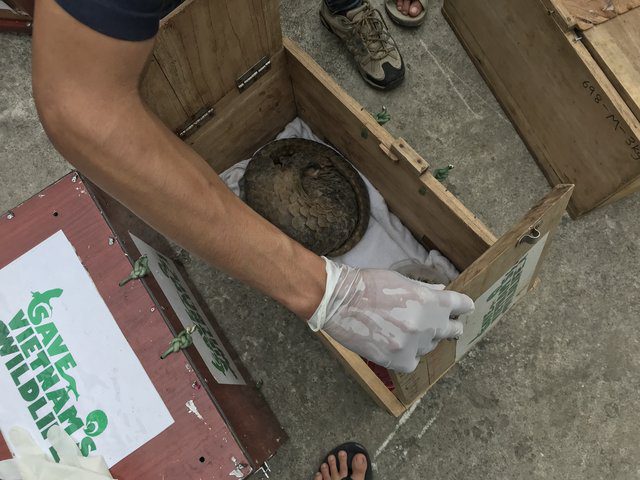