Barney was born with canine dwarfism, a rare genetic condition. Barney’s legs are a fraction of what they should be and tend to buckle under his weight. Other than that, he is a perfectly normal Labrador who loves to play, go on walks, meet new people and, of course, eat. 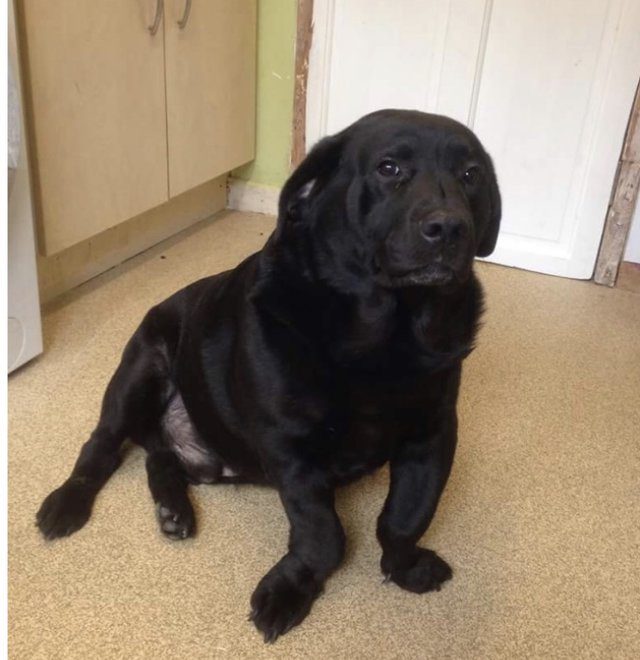 Barney was 5-years-old when she was surrendered to the rescue “through no fault of his own,” Sutton, a manager at Almost Home said. When his owners were downsizing their property, they were unable to take him with them to their new home, according to Sutton. Not much is known of the Lab’s life before entering the rescue’s care. Sutton noted that from Barney’s rotund size and love of human foods, “we can make a couple of informed guesses.” 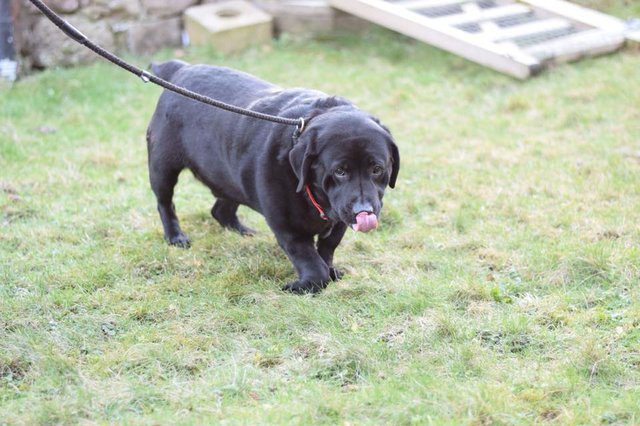 From the very first day at the rescue, Barney stole the hearts of everyone he met. 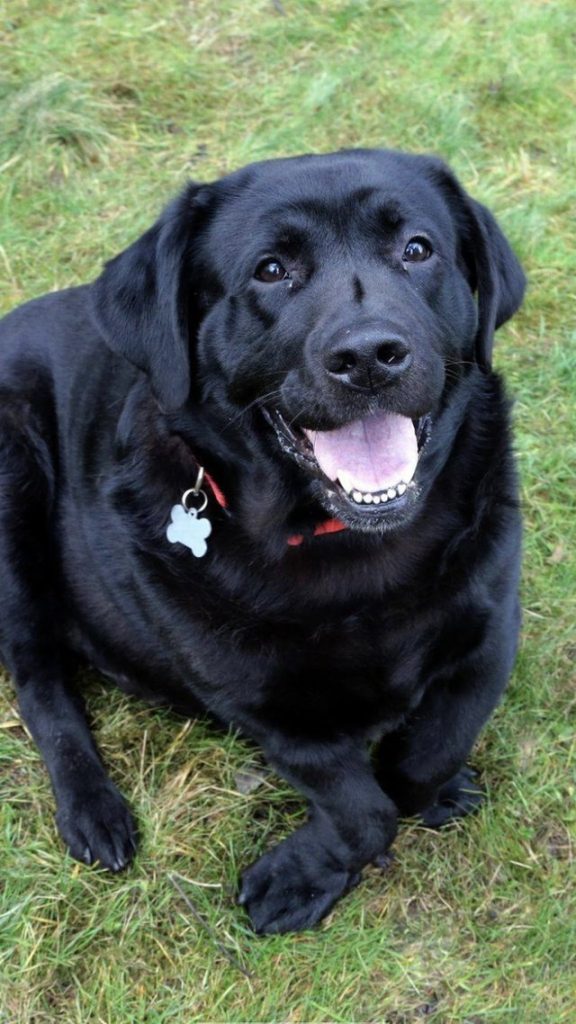 “One of Barney’s most endearing personality traits is that he simply does not know he is a dwarf,” Sutton said. “He lives life to the fullest.” Barney spreads joy everywhere he goes, Sutton noted. “Barney is what I call a ‘clown’ dog — he makes everyone around him smile.”

Because of his infectious energy, Barney didn’t have to sleep alone in a kennel for long. A volunteer named Jane Hampton was watching the scene unfold,  and it was love at first sight. (Barney just didn’t know it yet.) “Jane was, to say the least, besotted with Barney,” Sutton noted. “So after a thorough health check, Jane took Barney home.” 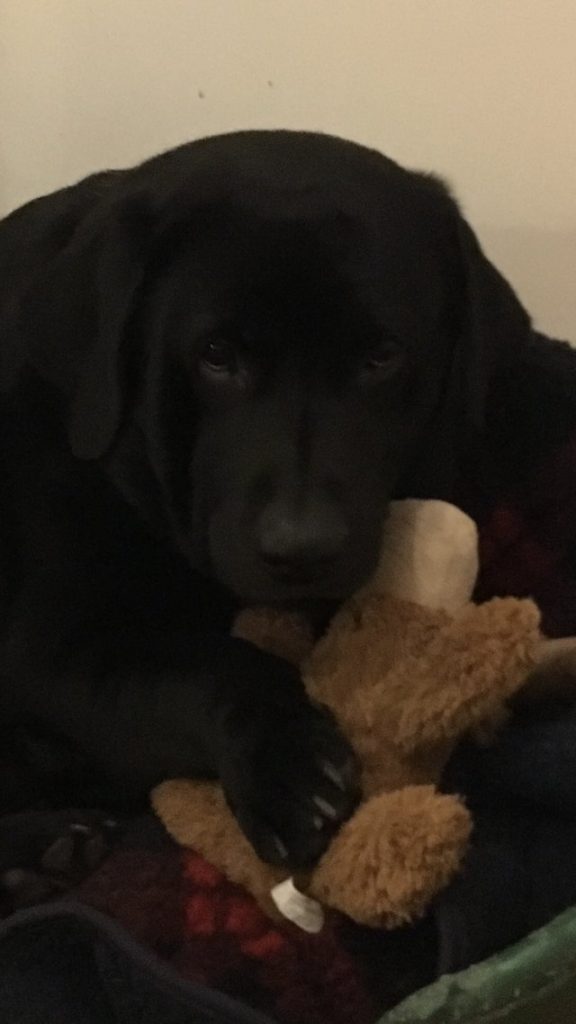 Barney lives with Hampton as a “forever foster.” Meaning he’ll remain close to the rescue group, they will cover all his vet bills for the rest of his life, but Barney will have all the benefits of being a family dog. Regardless of his dwarfism, Barney won’t let anything hold him back. 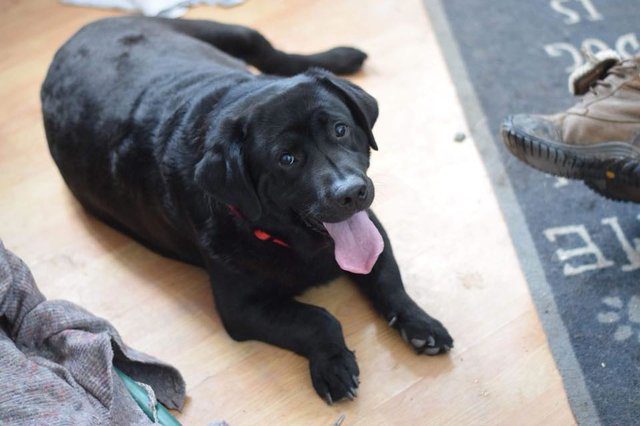 Barney weighs 85 pounds and is considered morbidly obese. He has to drop a fair amount of weight to reach his health goal of 62 pounds. “As you can imagine, this is putting so much extra pressure on his already damaged joints,” Sutton explained. “So he is now on a strict diet with carrot sticks as treats and a lot of short walks, which Barney loves.” 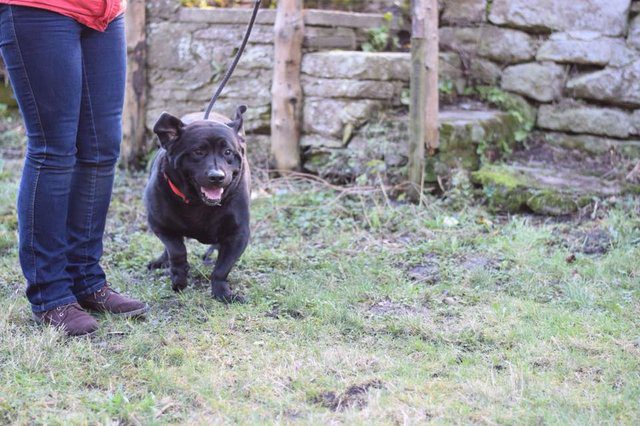 Vets said that at his current weight, Barney has only 18 to 24 months of life left before the pressure becomes too much for his joints. His new diet and exercise regime, however, will greatly increase that.

Barney has had no trouble adapting to his new home, and his mom is committed to getting his health back on track. 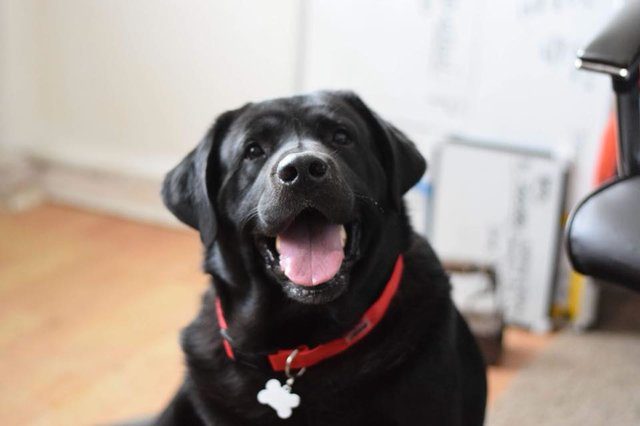 “This boy’s behavior is amazing,” Sutton added. “He is one of the happiest dogs I have ever had the pleasure of knowing.”