Home
animals
Rescue Pig Visits Beach For The First Time, Has The Time Of Her Life

When Rachel Goulet saw little Ophelia struggling on a friend’s farm, she immediately asked about her — and was told that she was the runt of the litter and probably wouldn’t make it. Goulet decided right then and there that she couldn’t leave Ophelia to that fate. She immediately felt a connection with the little piglet and decided to take her home. 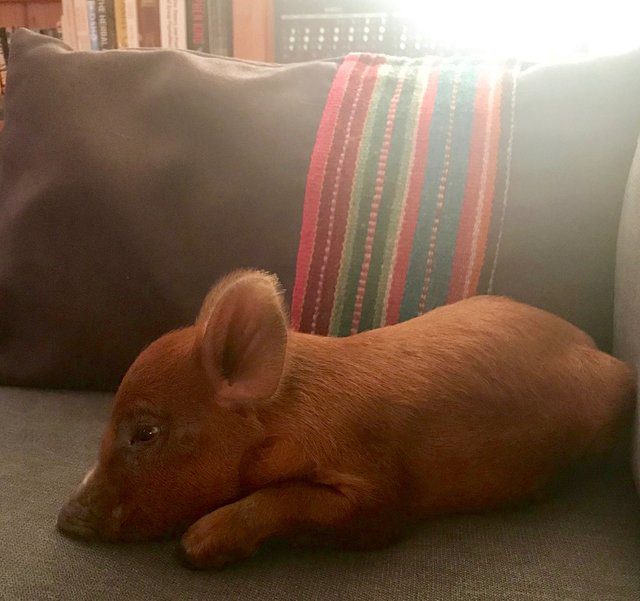 “She was 3 months old and should have weighed about 50 pounds, but she was 5 pounds when I brought her home,” Goulet said. “I told everyone I was just ‘keeping her until she was big enough to go back to the farm and they would raise her as a pet’ to lessen the ‘what the hell did you get yourself into Rachel?’ conversations. But after watching her snuggle up under a blanket with her little snout in my face and fall asleep, I knew that wasn’t going to happen.” 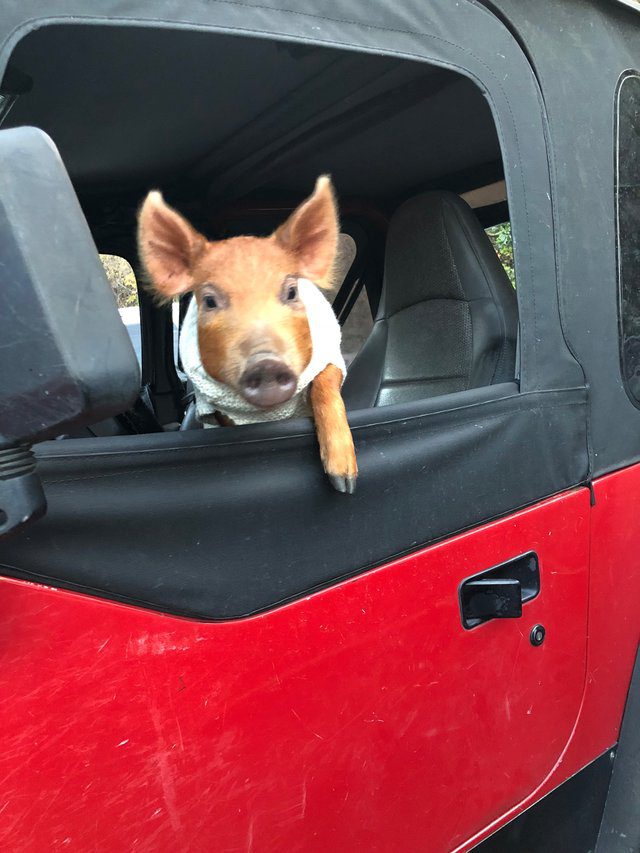 Goulet immediately threw herself into learning everything she could about taking care of a pig, and Ophelia quickly became her new best friend. The pair began doing everything together, and Goulet had no problem taking Ophelia everywhere she went: local breweries, farmers markets, hardware stores and even a road trip to a music festival. Everywhere she went, people were delighted to meet Ophelia, and always so eager to learn about where she came from and about pigs in general.

“If I need to get stuff done, I leave her at home because I can’t get far with her — everyone wants to meet her and ask questions,” Goulet said. “I think she’s in more Snapchats than I ever have been. I love it because it gives me a chance to give some insight into pig mama life and discredit the ‘teacup pig’ myth that pet pigs will stay small.” 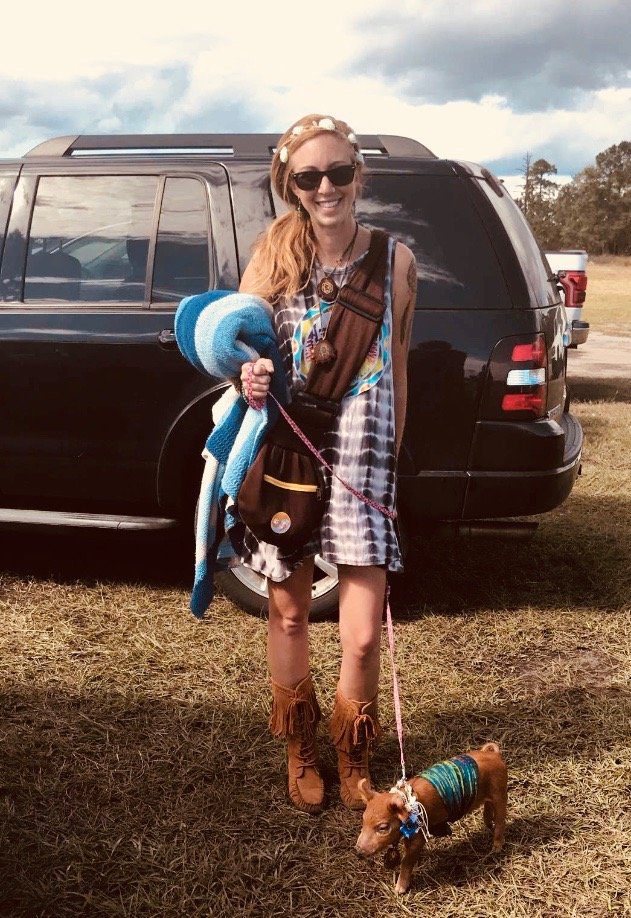 Goulet and Ophelia love going on adventures together, and one day she decided to take the pig to the beach for the first time …

… and within moments, the beach became Ophelia’s absolute favorite place on Earth. 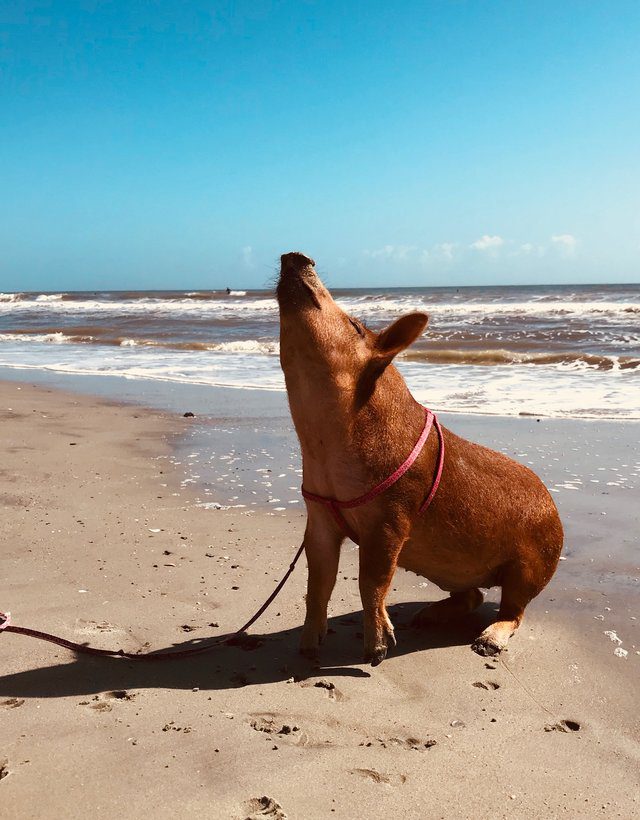 “I’m pretty sure she did a backflip the first time she hit the soft sand,” Goulet said. “She started barking (a noise they make when happy) and ran circles around me until I had to drop the leash because I was tangled up. She flopped down in the sand and wiggled around, then got up and barked some more.”

Ophelia was a little scared of the water at first, but as soon as she saw her mom go in, she decided it must be OK, and started splashing around. She loved trying to outrun the waves and kept running back in for more.

“We walked to the park every day and she ran around there, but I’d never seen her act how she did at the beach. It was just pure happiness,” Goulet said. 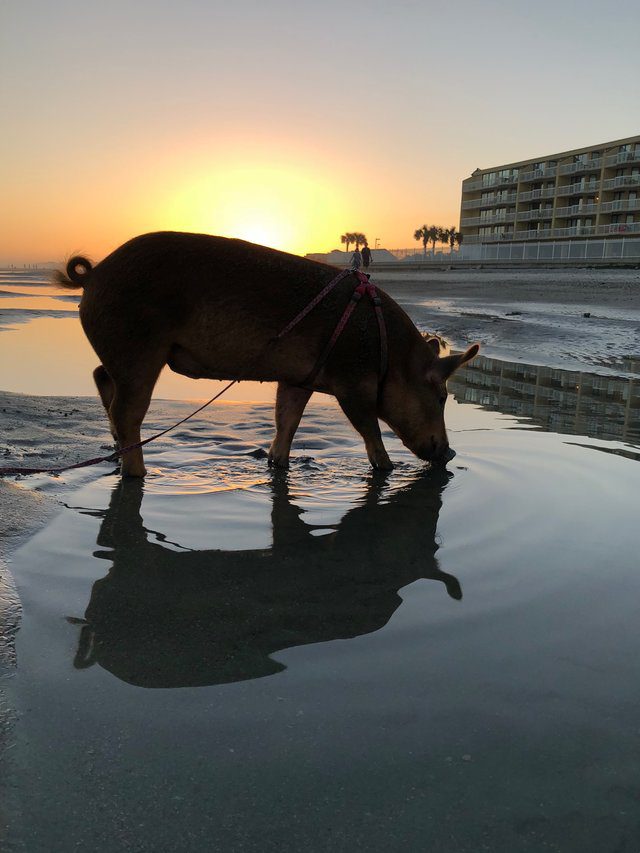 Now, Ophelia and her mom go to the beach two to three times a week, at least. Every single time she goes, she acts like it’s the first time she’s ever been there, and freaks out just as much as she did the first time. She flops down and wiggles around in the sand, run in circles and just has the best time, and it doesn’t seem as if her excitement about the beach will ever fade. 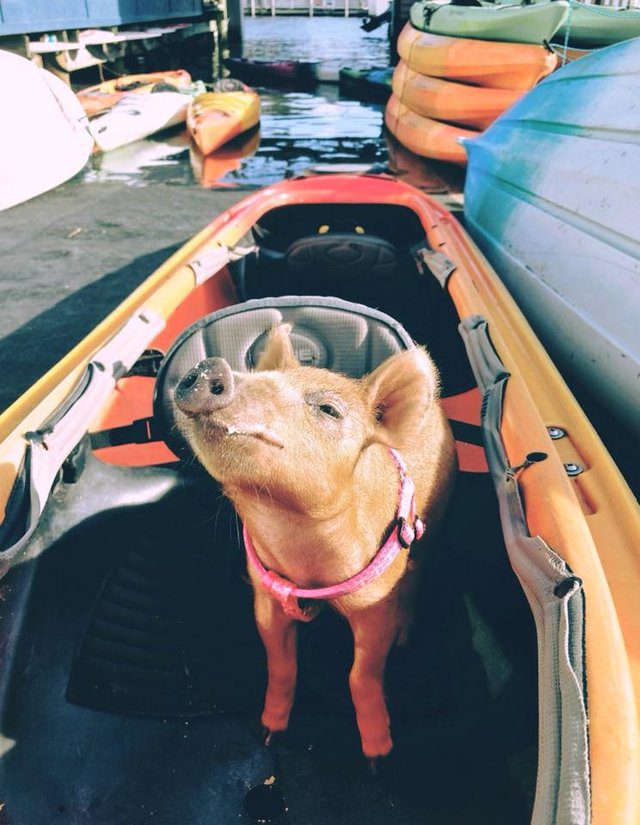 “Seeing her joy and excitement, knowing that is something that so many pigs will not ever get to experience, seriously makes me tear up,” Goulet said. “Sometimes people comment on how Ophelia’s life has changed. I agree with them, but I know that she’s creating much more change in many people’s lives, especially mine.”