Frankie may have been born different, but he’s special for so many reasons.

Rescuers found the kitten hiding with his brother under a house in Geelong, Australia, a suburb of Melbourne, and were shocked when they noticed the little stray had an extra set of ears, one in front of the other, and a deformed right eye. 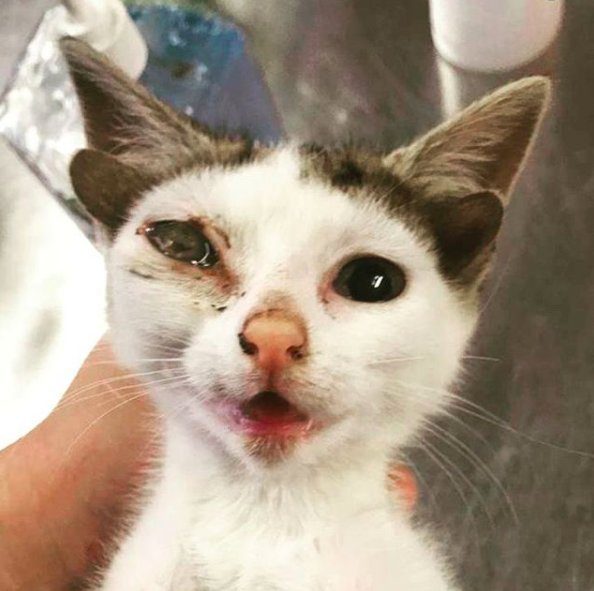 When the kitten pair arrived at Geelong Animal Welfare Society, it didn’t take long for word about Frankie’s unusual appearance to spread. He made quite an impression on the shelter volunteers caring for him — especially Georgia Anderson.

“I’d heard that a kitten with four ears had come in and was in the vet clinic waiting for surgery to remove his eye, so I went up to have a look at him,” Anderson explained. 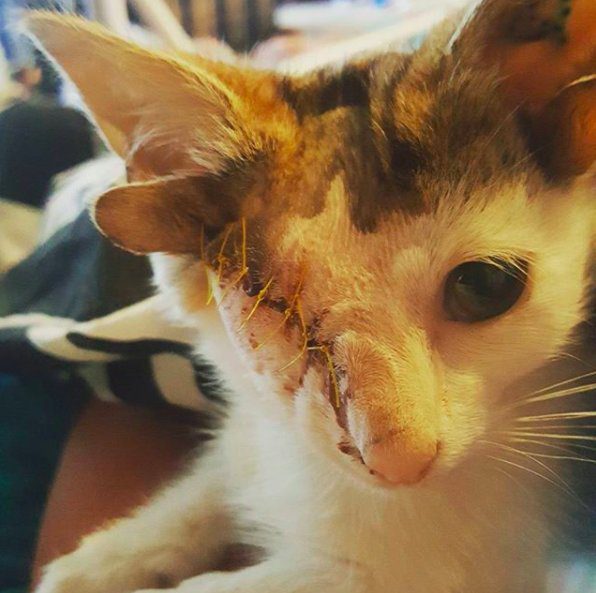 While his unique looks initially attracted her, it was the cat’s loving personality that drew her closer. “He would have been in a lot of pain, but the first thing he did when I picked him up was purr and rub his face on mine,” Anderson said. “I told the girls in the vet clinic that I would foster him for recovery after his eye removal.”

After his surgery, Anderson dubbed the one-eyed cat Frankenkitten, in a nod to the prominent stitches that now run along the side of his face. 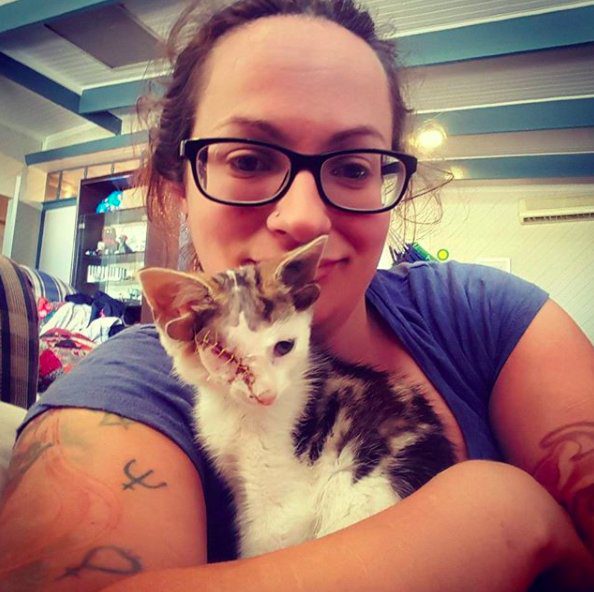 Though the 10-week-old kitten had been through so much in his short life, when Anderson brought him home to heal, Frankie’s sweet demeanor didn’t change one bit.

“When I got him home, he was very dopey and in pain, but still had so much love and affection for me, the kids and other animals,” Anderson said. “By the next morning, I’d decided that I wanted to keep him.”

Anderson knew Frankie was really special, but not for any of the obvious reasons. 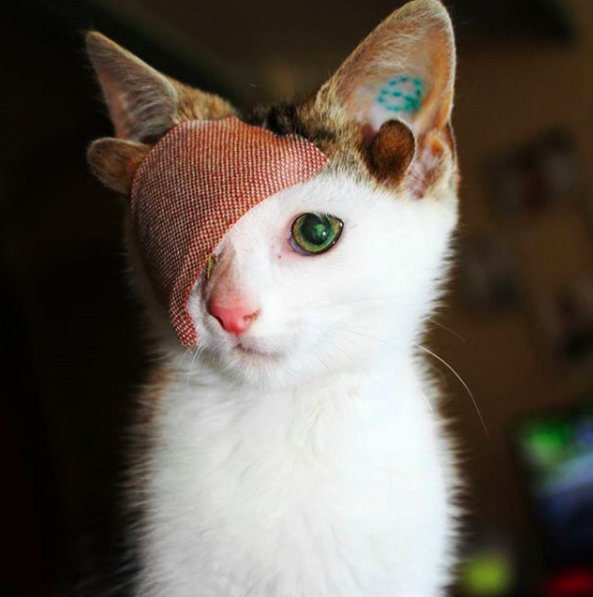 “I’ve probably fostered around 80 cats and kittens in the last year, and he was the first one that I knew I would regret giving back,” Anderson added. 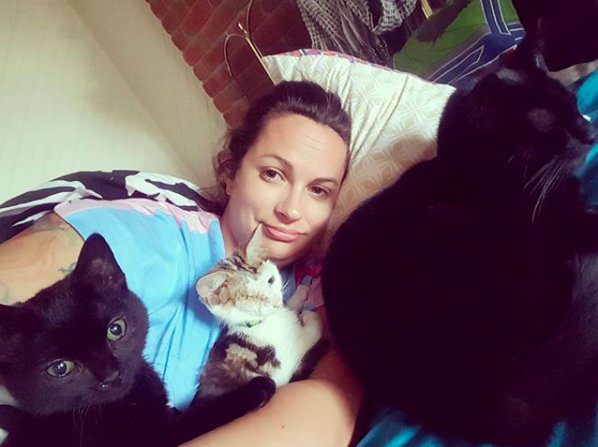 Though his eye is healing quickly, Frankie is not out of the woods just yet where his health is concerned. Like other four-eared cats, who often suffer from accompanying genetic issues, such as dwarfism or cognitive disabilities, Frankie was born with a large overbite that will require extensive dental work when he gets a little older.

“We are still waiting for his adult teeth to grow (roughly another five months), but when they do, his lower canines will need removing,” Anderson said. “If they aren’t removed, they will cause damage to his palate when he closes his mouth. His upper canines should be able to remain, but they are probably going to hang out of his mouth like little vampire teeth.” 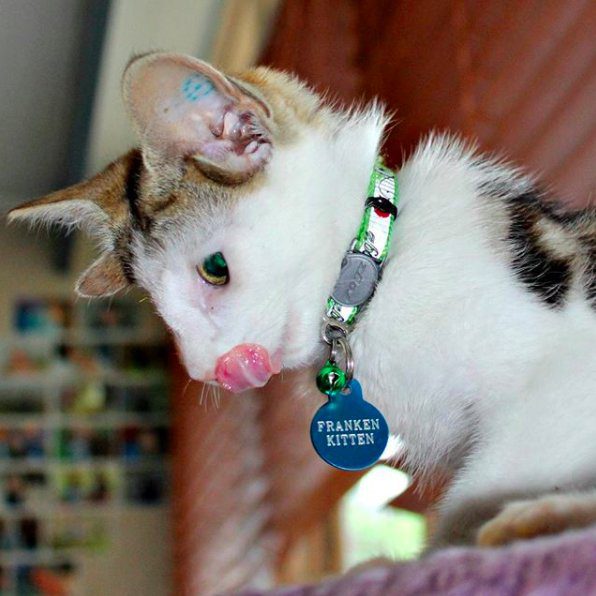 Frankie certainly stands out from the pack, but the rare genetic abnormality does not get in the way of him enjoying his kittenhood. “None of this seems to affect his playing, as he is constantly tearing around the house,” Anderson noted. “At the moment, he is zooming around the house with three kittens I’m fostering. He loves rough-and-tumble play.” 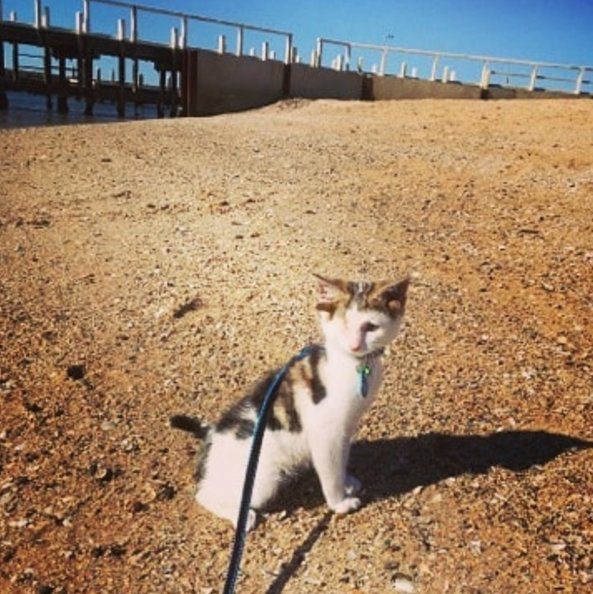 Though his mom has tried to get him to wear a specially-made eye patch, Frankie shrugs it off, preferring to wink at everyone he meets. 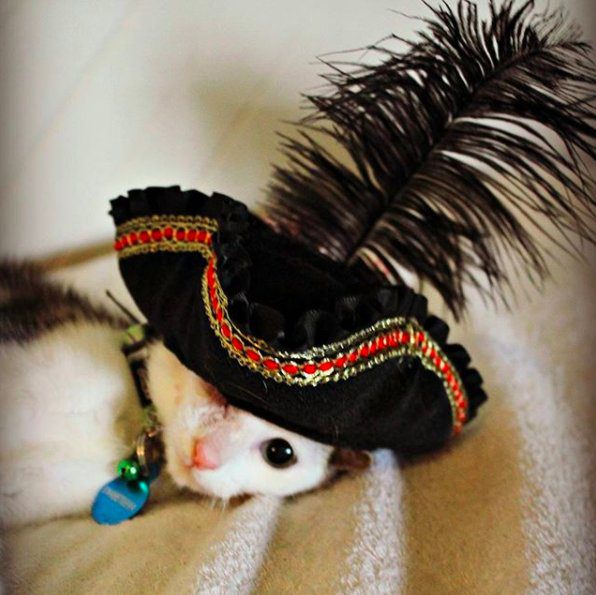 Frankie can be a handful at times, but his mom loves him for who he is, and is doing everything she can to help him grow up safe and strong.