When Todd Friedman arrived at a property in New Paltz, New York, he found eight pigs living in squalor and neglect.

“It was a junkyard with pens that were bolted shut, so there was no way to get in or out of them unless you had tools,” Friedman, an animal caretaker at Woodstock Farm Sanctuary said. “There was no shelter … except for a little towel that was maybe 12 inches by 4 inches. It hung over the corner of a pen, and they [the pigs] were trying to scrunch under there.” 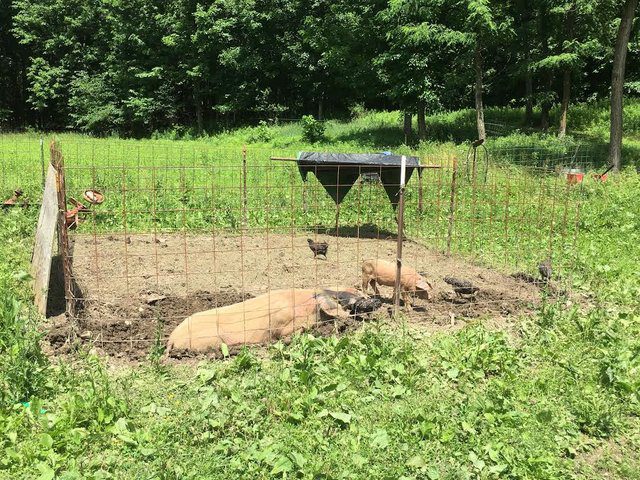 Friedman and other rescuers from Woodstock Farm Sanctuary, the Ulster County SPCA and Indraloka Animal Sanctuary arrived at the property in July with a game plan. They were going to seize all of the pigs, load them onto a truck and drive them to safety.

However, it was not going to be easy, since the pigs were sick and scared, and they weren’t used to interacting with people. 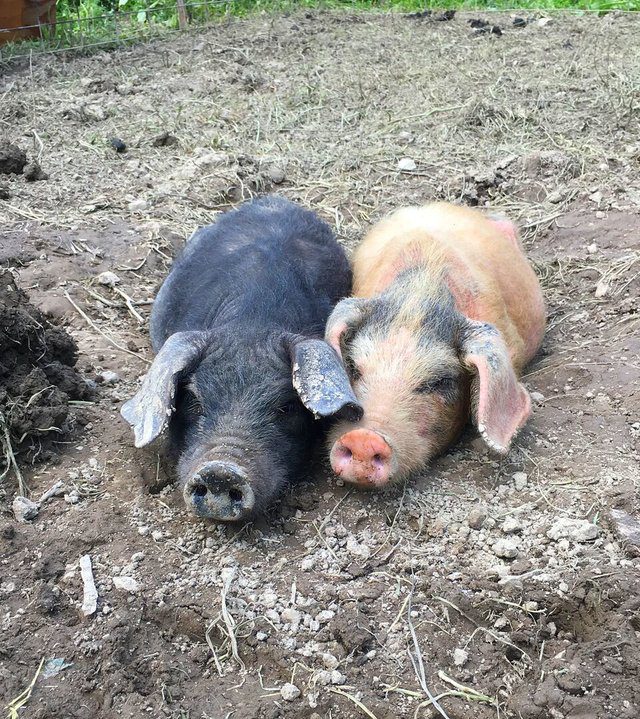 Before the team arrived, they were notified that there was a mother with four piglets among the pigs. They located the mother, but only saw three piglets. They worried that the fourth piglet had died until they spotted the piglet, whom they named Pamela, locked up in a separate pen.

The mother pig, they named Agnes, ran to Pamela when the rescuers opened her pen.

“She bolted there,” Friedman said. “She was starving, but she didn’t go for the food, didn’t go for anything — she just wanted to get her baby.” 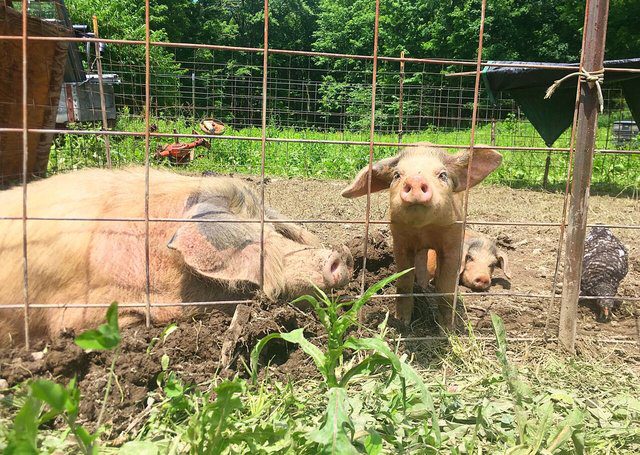 Agnes refused to get into the rescue truck because she was so obsessed with staying close to Pamela. Because time was running out, so Friedman did something very risky to help her.

“She’d spent weeks in malnourishment, and she was exhausted and she’d been in the sun,” Friedman said. “But I saw her maternal instinct was really strong, so I grabbed Pamela and I ran with her like a football. I thought, ‘I’ve got to take advantage of this beautiful pig’s maternal instinct being strong.’ I knew [that was] the only thing that was going to help her get into the truck.” 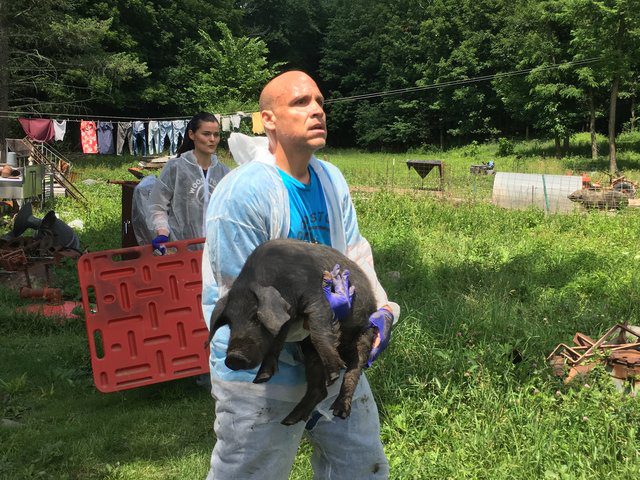 Friedman ran all the way to the van with Pamela in his arms, and as he suspected, Agnes followed.

When another adult pig got loose and ran into the woods, Friedman ran himself to exhaustion chasing after her. “I didn’t have anything in me, but I didn’t stop,” he said. 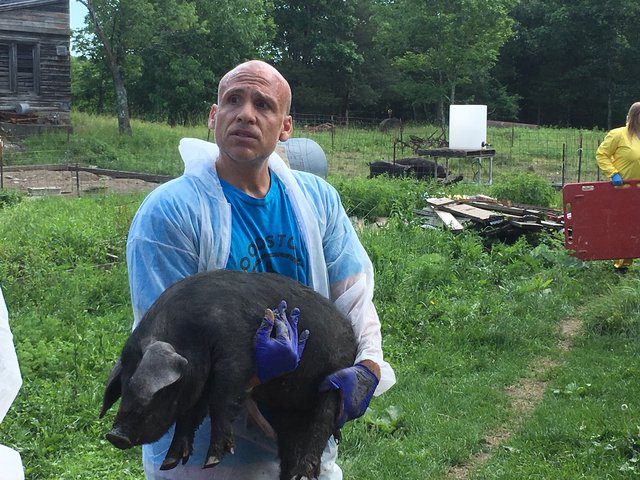 After that, there was a terrifying moment when a pig nearly injured Friedman inside the truck.

“One of the pigs … jumped up because she was scared, and I got slammed and hit in the head,” Friedman said. “But I didn’t feel any pain. My body was running on adrenaline, and I wasn’t going to stop until it was done.” The team had managed to get all eight pigs off of the property and into the rescue truck, as well as five goats, at the end of the day. Agnes and her four piglets: Pamela, Peter, Bradley, and Mishka were taken to Woodstock Farm Sanctuary, and the other animals went to Indraloka Animal Sanctuary and the Ulster County SPCA. “He just absolutely fearlessly throws himself into that kind of stuff,” Keefe said. “He got slammed around that day, but he never stopped. He said, ‘We need to get these guys out of here.’”

Friedman adores all animals but has always had a close connection to pigs. It came as no surprise to Keefe that Friedman was one of the first people whom Agnes learned to trust. 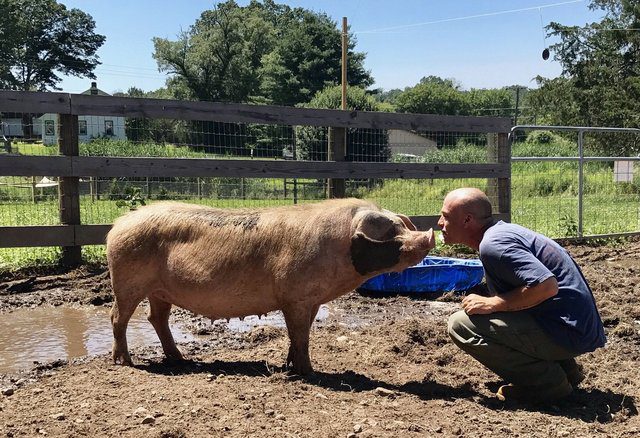 “When Agnes and her babies first came, Todd was one of the people who went in,” Keefe said. “He was patient and he spent the most amount of time in there. And he’s probably the one who has been the most confident, being in there and watching their moods. And Agnes really needed to learn to trust us, so the amount of time that Todd spent with them was really important.” 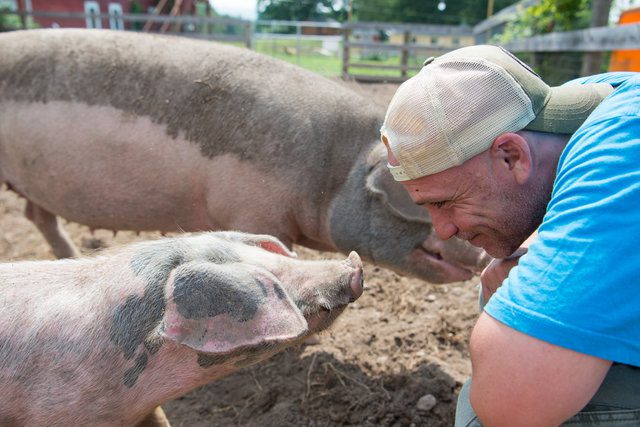 “He did a really beautiful job of showing her what people could be,” Keefe added. “And I think he had a lot to do with her relaxing and letting them take care of the babies.” 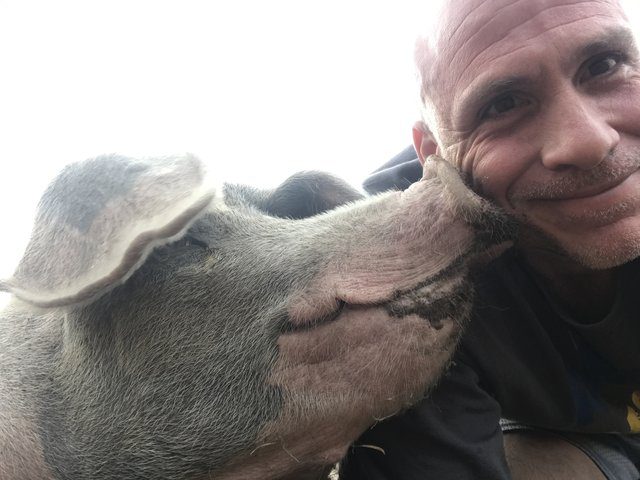 “In time she became a real sweetheart,” Friedman said. “She gained probably 100 pounds in a couple of months. She’s beautiful. Her eyes are bright. And she’s very thankful. I can see it in her eyes.”

Agnes, once an overprotective mother, is now okay with people approaching her piglets, who are now fully grown pigs like her. 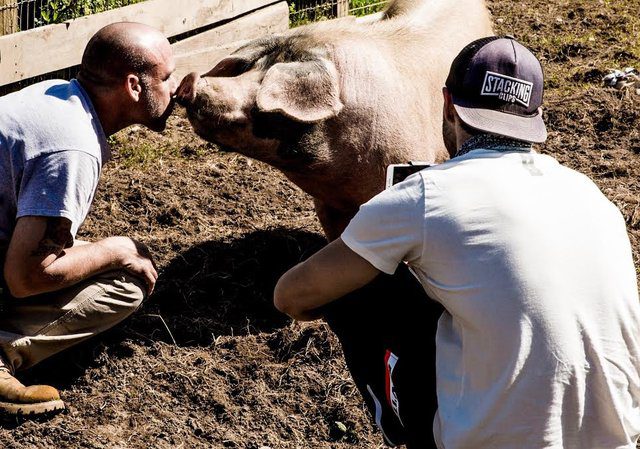 “We can all give her belly rubs and her babies belly rubs, and she’s fine with it, and she’s not going to attack you,” Friedman said.

“I’m proud of what I did, and to be able to do what I did,” Friedman added. “I helped change five pigs’ lives.” 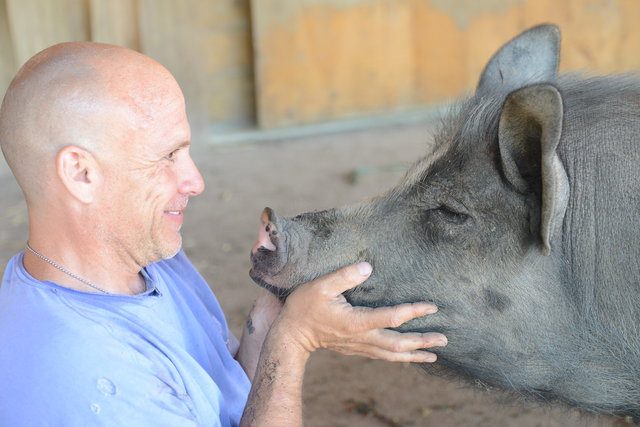 At the time of this rescue, Friedman’s beloved dog, Buster, was dying of brain cancer and insists the pigs actually helped him through it. “I was so down,” Friedman said. “They [the pigs] got me through it. I’d go to the sanctuary early, and spend an hour with them, and it was the greatest thing. It was like pig therapy for me. They do so much for me, and I’ll do as much as I can to give back.” Friedman may look like a pig whisperer with special powers, but he explains that he’s simply taking the time to understand them.

“I think it’s an energy thing,” Friedman said. “I think they realize that I’m not there to harm them, and it’s always on their terms. Once you’re around pigs a lot, you can read noises. You can read body movements to see how they’re feeling.” Friedman has no shortage of love for Agnes, her four piglets and the rest of the pigs at Woodstock Farm Sanctuary.