When they were only a few months old, Horton and Henry were rescued. At that time, they had already formed an undeniable bond.

The two brothers were starving and terrified while being raised at a pig farm and had gone without food so long that their bones were visible. The poor animals were covered in ticks, riddled with parasites, anemic from the lack of care and were afraid of people, too. 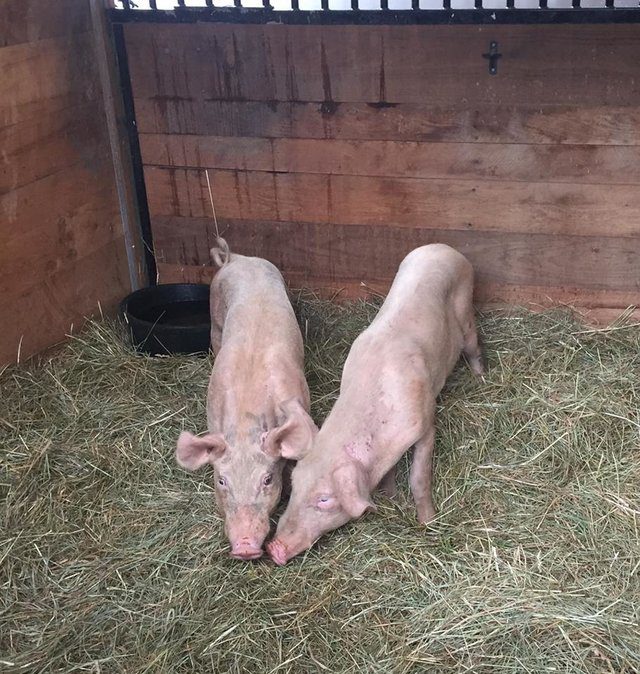 “They were scared to death,” Ellie Laks, founder of The Gentle Barn said. In the summer of 2015, Gentle Barn rescued the bonded pair but it took a while before the young pigs were comfortable enough to open up. “We sat with them every day for weeks to comfort them,” Laks explained.

Once they felt safe, Henry and Horton slowly began allowing their caretakers to get a little bit closer to them. 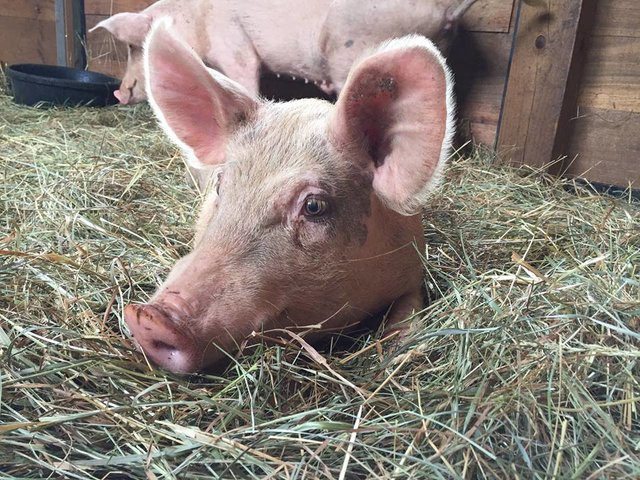 “We read books to them and sang them songs,” Laks said. “It was as if their eyes went from dull to bright. After a few weeks, they started rolling over to let us rub their bellies.”

Horton and Henry were well enough to go out into their pasture once they gained more weight and got stronger. Their hair started getting softer and they spent their days basking in the sun. 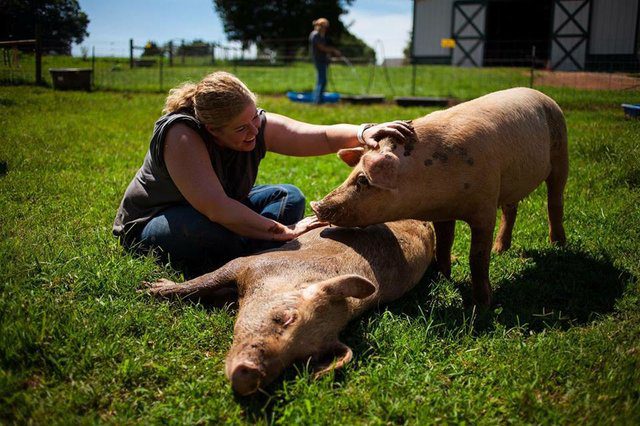 The two did everything together, wherever Henry grazed, Horton trailed not far behind. When Horton laid down at night, Henry was right there under the blankets with him.

“They were inseparable since day one,” Laks said. 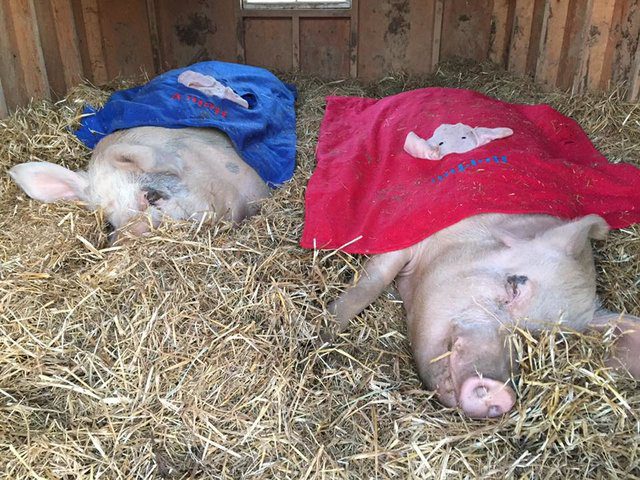 When Horton reached his first birthday, caretakers realized that Horton was having trouble walking. His legs were struggling to support his massive weight; a common issue in the unnaturally large pigs raised for food.

“They both grew very, very quickly,” Laks said. “But Horton’s size coupled with his bad conformation turned into mobility issues.” 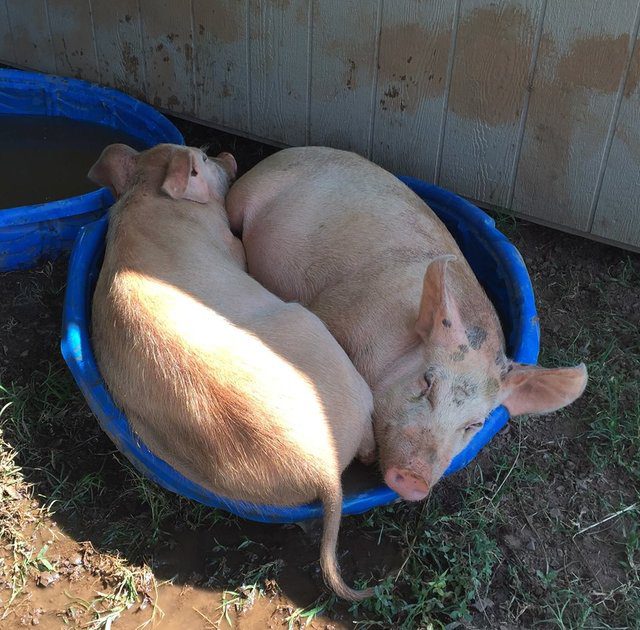 Horton eventually had to have surgery and takes anti-inflammatory medicine to help his condition. He’s spending most of his time on “bed rest” but is feeling better now. Henry makes sure Horton doesn’t go without.

When Horton’s legs got weaker, caretakers noticed that Henry was becoming even more affectionate toward his brother. 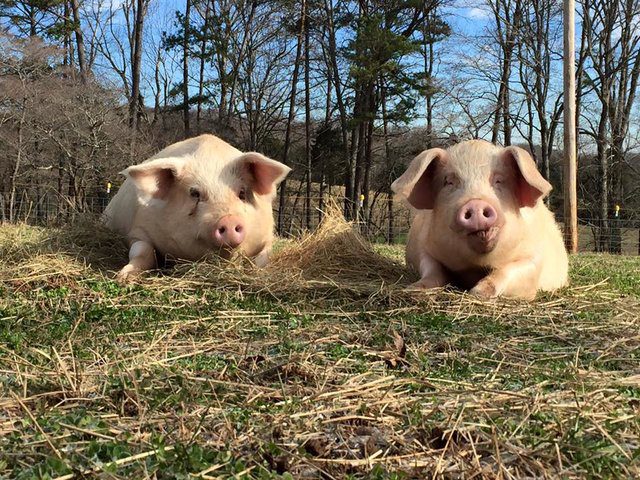 “When we bring out hay for them to eat at lunchtime, Henry will grab a mouthful and bring it right into the barn for Horton,” Laks said. “He is very nurturing to him — to the point where he won’t let any other pigs near him. He knows that Horton is delicate and vulnerable.”

When Henry is out in the pasture, he never strays too far from his brother.

“If Horton makes a peep, Henry is right back there to check on him,” Laks said. “He’ll check back in throughout the day, too, just to make sure he’s doing OK.” 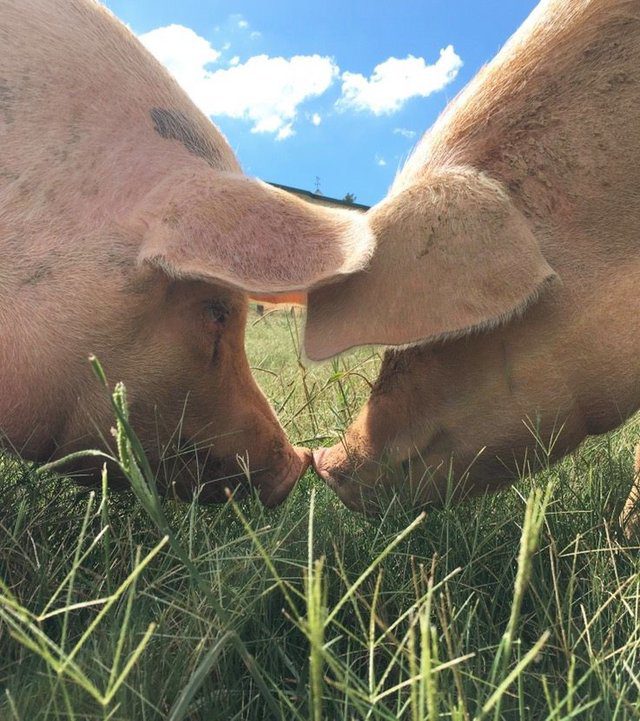 Laks said this is not an uncommon behavior in pigs. Because they are highly emotional animals, they thrive on social interactions with others and form deep bonds with family, friends and human caretakers.

“Pigs have a highly developed language,” Laks said. “They’re always communicating through their different snorts or grunts. Henry especially loves people, too. He’s always up for a belly rub and some veggies.”

Lunch is definitely an important part of the day, and Henry keeping Horton comfortable is a priority. 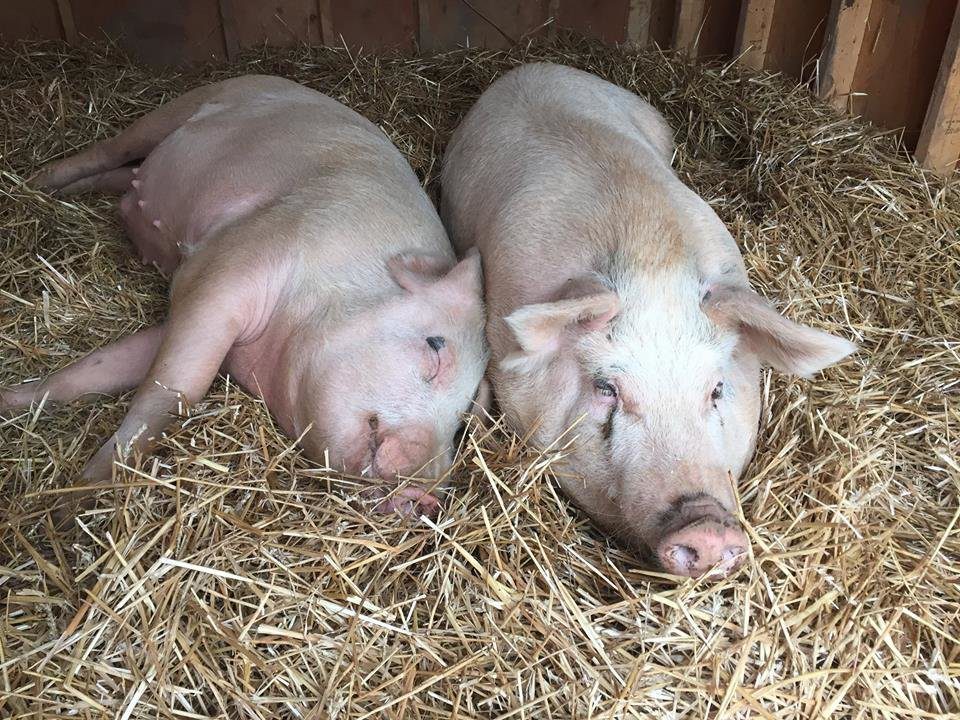 “We’ll sit out straw for bedding, and Henry brings that in for [his brother] too,” Laks said. “And I’m sure Horton says thank you in his own way.”