Rita, the greyhounds, was used by the racing industry in Australia. Once Rita became too old to run races, she was kept in a kennel and bred over and over. Her mother had been overbred and eventually died of internal bleeding because her body was so exhausted. Many people came together to help save the greyhound,  except for her owner. 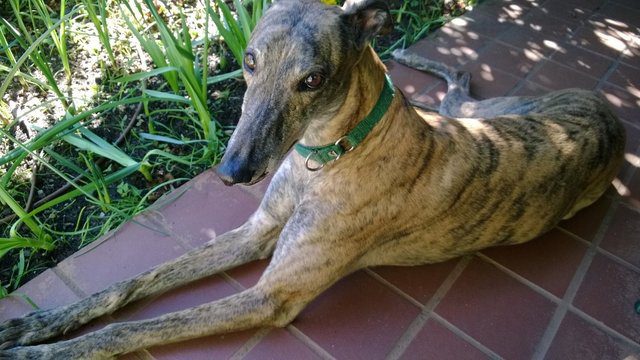 Unfortunately, Rita’s story is not unique. The racing industry is known for racing dogs until they injure themselves beyond repair and ultimately euthanizing them. That’s why dog racing has been banned from many places around the world. 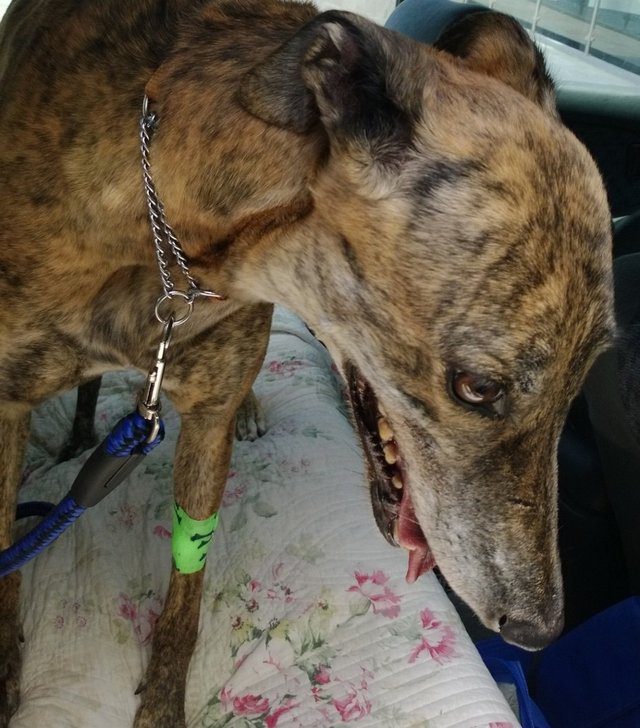 Rita was in the kennel with her new litter of puppies when she saw that her owner was in trouble. He suddenly collapsed and no one else was around.

“The man was unconscious and Rita left her puppies and stood over him, barking incessantly until someone checked on her alarm,” Victoria Sublette, a member of the Coalition for the Protection of Greyhounds, said. “The man was found, an ambulance was called, and this man’s life was saved by this very special greyhound, Rita.”

Two more years passed after Rita saved his owner’s life, and when he was done with Rita he dumped her at a vet’s office. That’s when Lorraine Ramsay stepped in. Ramsay is a greyhound advocate who runs the Rescued Greyhounds NSW Central Coast Facebook group where she tries to help get these dogs adopted into loving homes. She had been trying to adopt Rita to give her a better life for years.

When Rita’s owner gave her up, there seemed to be something potentially seriously wrong with the exhausted greyhound: a sore, pink spot on her nose. 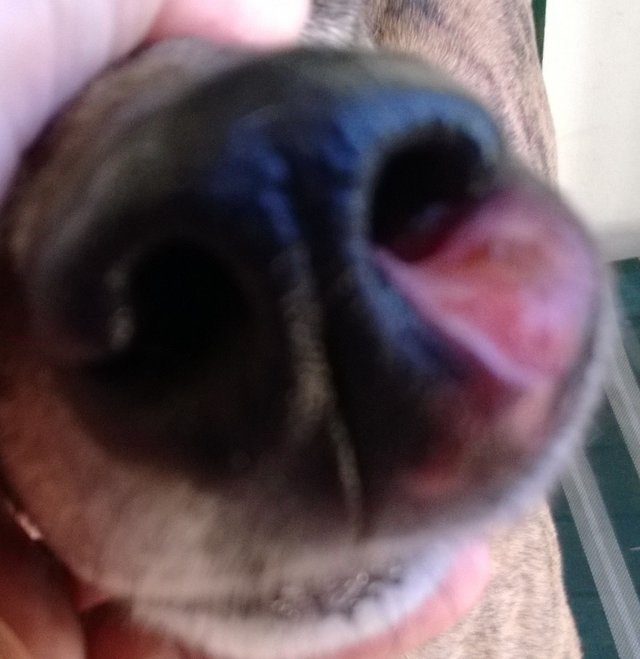 The spot was a cancerous mast cell tumor and it was threatening Rita’s life. 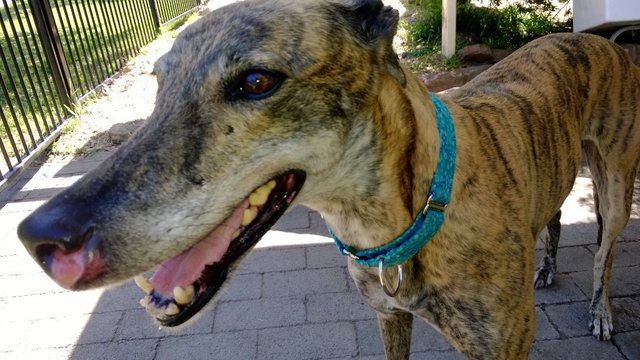 Thankfully, many people cared enough about Rita to help her out and Lorraine found a specialist who used chemotherapy to reduce the size of the tumor so that Rita could have surgery to remove it. Animal lovers donated $11,000 to Rita’s treatment. 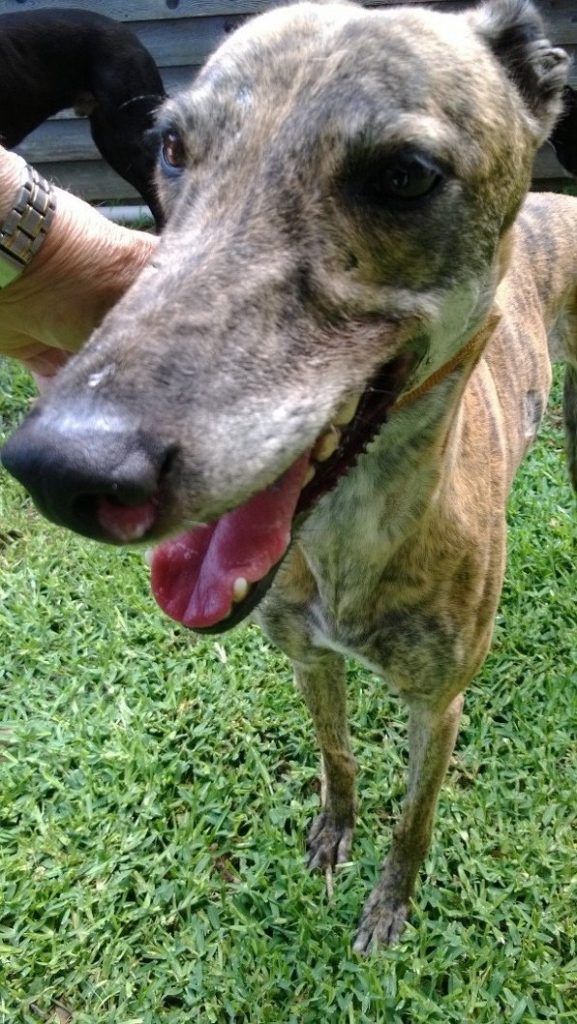 “Today, Rita is 7 years old and has been cleared of all signs of cancer,” Sublette wrote. “She lives with Lorraine and her other rescue greyhounds and rescue cats full-time and is thoroughly enjoying her life as a beloved pet and companion. Lorraine is completely in love with her and cherishes every moment they spend together.” 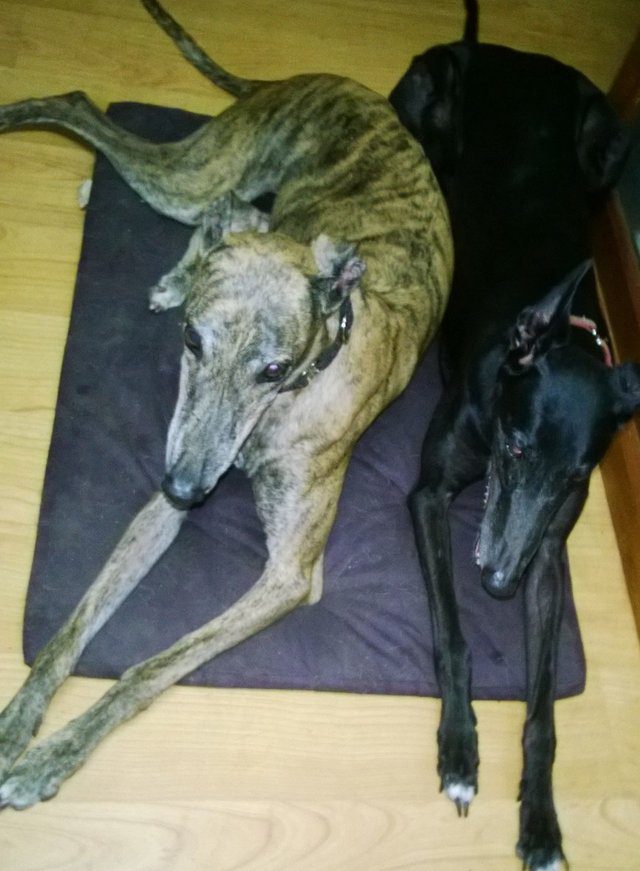 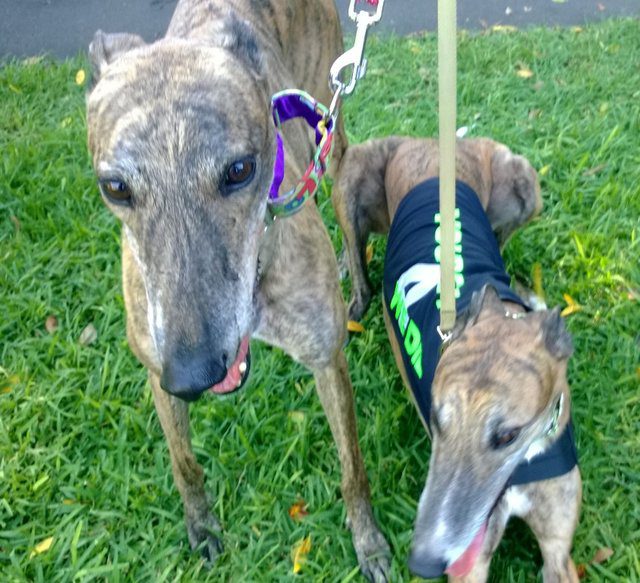 Rita and another ex-racing greyhound named Sandy are very important dogs in Ramsay’s life. “They are my guardian angels,” she said. 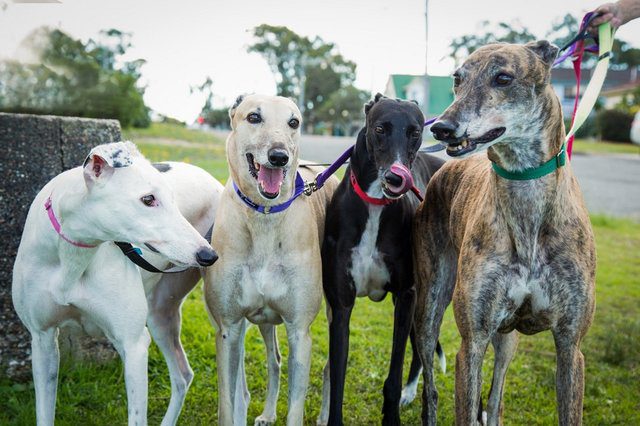