Before the 2014 Winter Olympics, the Russian government deployed teams of exterminators across Sochi to poison thousands of dogs. Local residents and tourists witnessed dogs vomiting and barking in pain on the streets from the poison. Their dead bodies remained in plain sight. People immediately sprung into action to protect as many strays as possible. Now, four years later, they’re fighting to avoid another painful repeat of the debacle.

The FIFA World Cup will be hosted in Russia this June. There are an estimated 2 million strays throughout the cities where the games will be played. 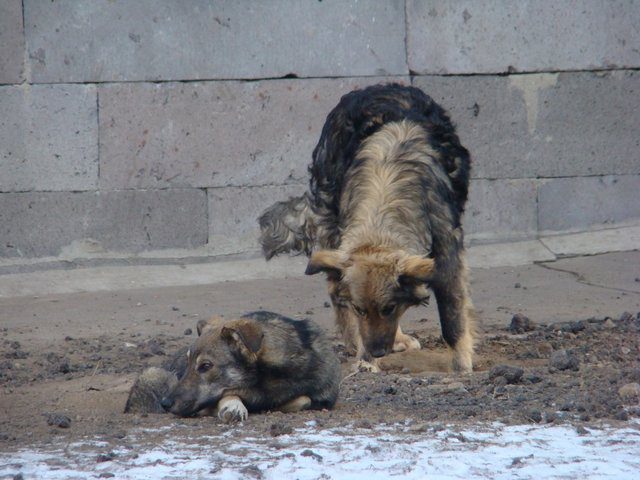 During Sochi, Canadian photographer Robin Macdonald was one of the many rescuers and cannot forget what he saw. On one short be trip he counted over 80 dogs along the streets and, just like other visitors, he and his then-partner, U.S. Olympic skier Gus Kenworthy, fell in love with the dogs.

“They visibly had people during the Olympics going around capturing dogs,” Macdonald said. “You could see it in plain sight. It wasn’t until later on that I realized they were euthanizing them.”

When he spotted a mother dog hiding underneath an Olympic security tent with her four newborn puppies, he knew, even though he couldn’t save every stray he saw, that he needed to help this little family. 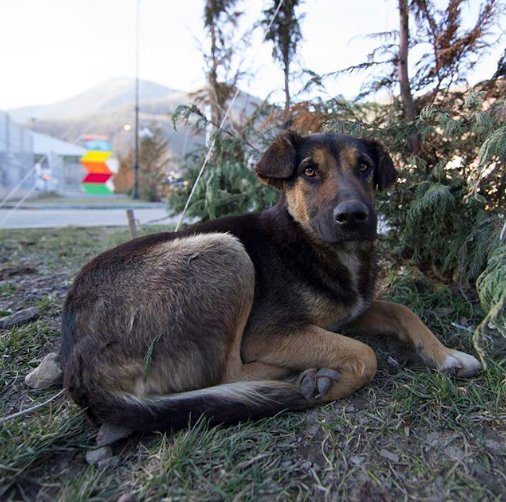 When officials learned of his intentions to save them, they demanded custody of them all. That’s when Macdonald scooped up one of the smallest puppies and brought her to his hotel room.

“We had gone back to bring food to the rest of them and a government official was drugging the mom,” Macdonald said. “They took her and all of the puppies to what they called a ‘vet clinic’ but it was really just a government office in Sochi. They were threatening and bullying me to bring the other puppy back, saying it wasn’t my property.” 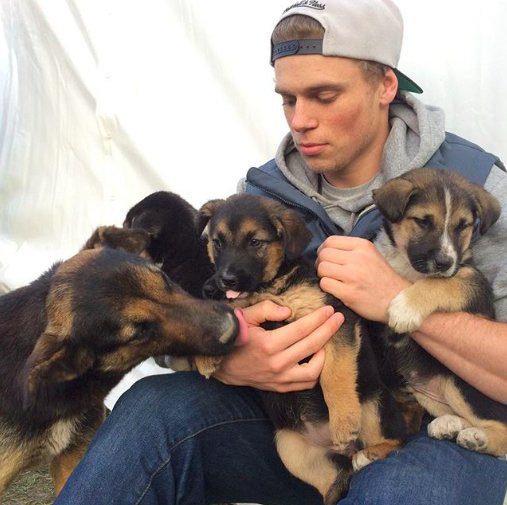 The dogs had been detained for two weeks, and one of the puppies died of distemper. Then the officials gave the dogs up to Macdonald, who arranged for a flight back to New York the following day with the help of Humane Society International. He loaded the mother dog and her three puppies, alongside one other unrelated puppy he’d managed to save, and left. 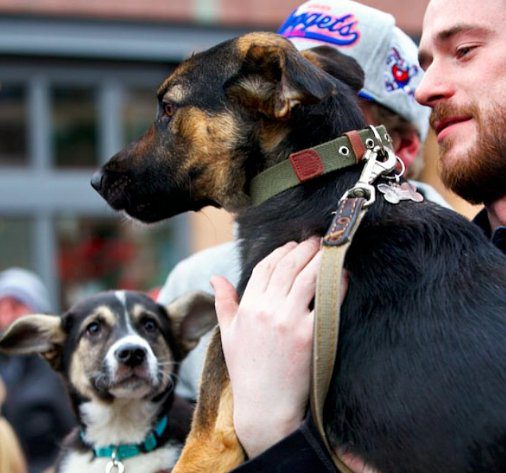 One puppy from the litter and the unrelated puppy, later named Jake and Mishka, stayed with Macdonald in Vancouver. The mom and the other puppies went to family friends.

“Two of the mom’s puppies were really sick and passed away soon after,” Macdonald said. “I don’t think they would’ve gotten to that point if they hadn’t been locked up for two weeks. There were armed guards at the doors and they didn’t care there were dogs inside who were dying.” 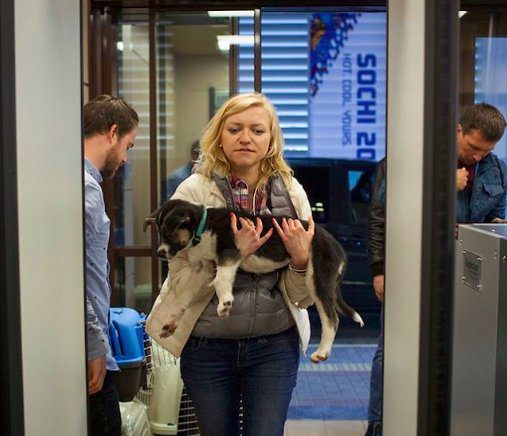 The squads descended upon the streets surrounding the Olympic stadium where dogs were fed poisoned food or hit with poisoned darts. The government spent around $29,000 to kill 1,200 stray animals.

Anna Umansky, a communications specialist living in the U.S. was outraged after the news hit the national media. Headlines rolled in detailing the animals’ deaths, while Umansky got in touch with a local woman in Sochi named Vlada Provotorova who built an emergency shelter. That’s when Umansky and her mother, Tanya, sprang into action.

“We decided to create a fundraiser overnight as a way for people to contribute to Vlada’s efforts,” Umansky said. “She and her friends would drive around the city at night taking in as many dogs as they could.”

The Umanskys began working behind the scenes to find foster homes in the U.S. that could take in the dogs with the help of Vlada on the frontline. They researched logistics and costs of airfare, and before they knew it, their rescue group had a name: Sochi Dogs.

“That makeshift shelter during the Olympics turned into our real shelter, and now Vlada still works with us,” Umansky said.

During the games, they saved around 30 dogs from certain death, including Umansky’s current dog, Molly.

After the Games, the group began implementing spay and neuter programs for strays and offering discounts to local people who needed to have their dogs fixed. They still work to take in at-risk strays for adoption. 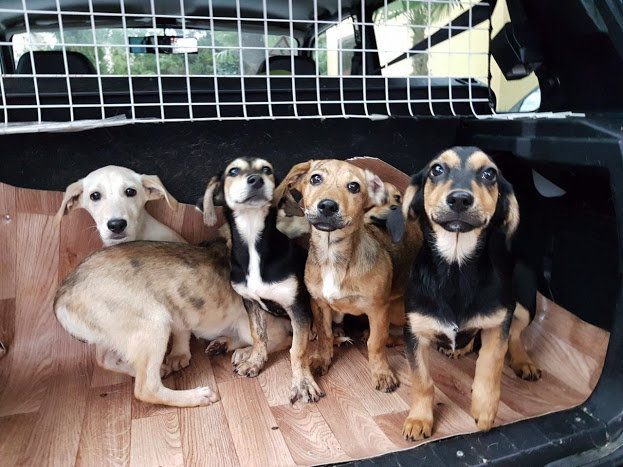 Russia doesn’t have an “adoption culture,” so most of the strays are adopted out to families in the U.S. The Russian animal welfare group Vita, said local authorities often shoot strays as means of population control instead of putting funds toward sterilization programs.

Umansky, like others, isn’t confident that the Russian government will act differently this time before the World Cup.

“During the Olympics, they would leave the dead dogs out on the streets,” Umansky said. “They’re still doing the same thing, but have learned from the negative media attention that they need to clean up the bodies.” 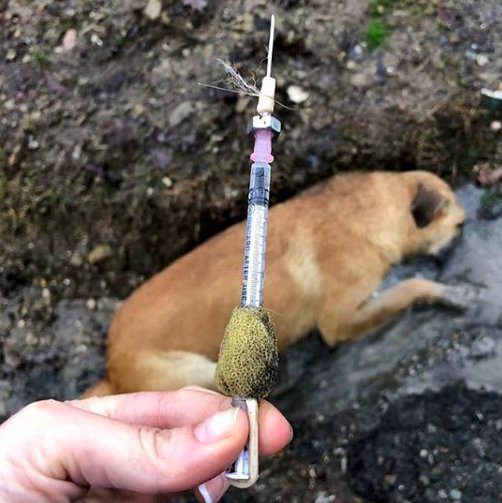 Russian officials announced that funds have been allocated to set up shelters in World Cup host cities, however, many advocates are concerned that animals will be euthanized after a few days there. Since many Russian citizens aren’t interested in adoption, overcrowded shelters mean an uncertain future for the dogs.

“It’s likely that the shelter money is really going to these extermination companies,” Umansky said. “The Cup is being hosted in very spread-out areas and I think they’ll being much sneakier than last time.” 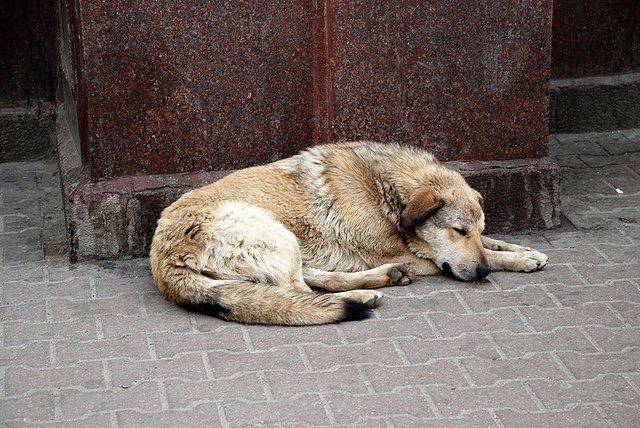 The Olympics never officially addressed the dog killings in 2014, FIFA announced that it does not condone the cruel treatment of wild and stray animals and would be monitoring the appearance of stray animals around the stadiums.

In Russia, there are no federal laws that protect animals, leaving protection work to independent rescue groups. Sochi Dogs has already outlined a course of action for the World Cup. Their program includes adopting out dogs currently in its shelter to create space and coordinating with rescue groups located in each host city to share advice and resources. 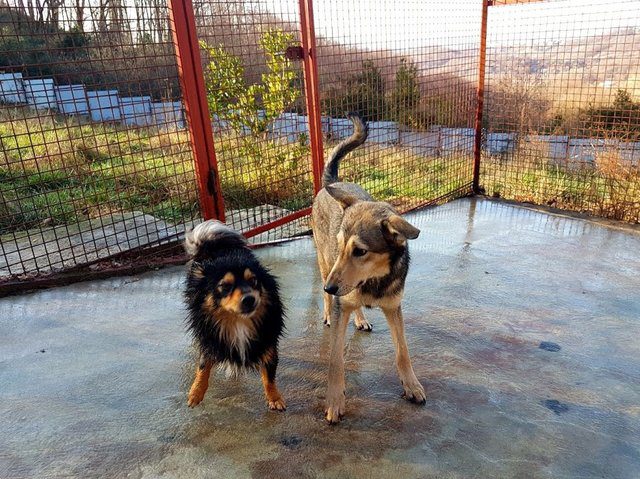 Macdonald hopes that public pressure will grow around the issue as concerns continue circulating in the media. 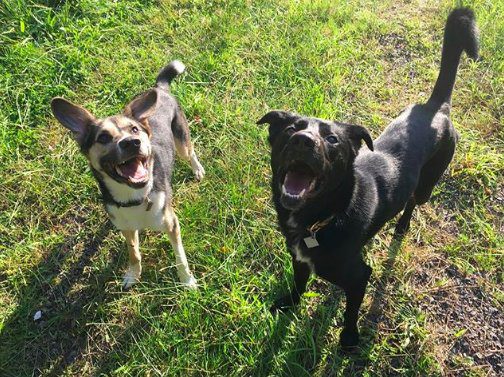 “I think the government there missed an amazing opportunity to show off their stray dog population during the Olympics,” Macdonald said. “The tourists there were loving those dogs and it would have been great for them to make arrangements to get those dogs off the streets and into those people’s homes. But they just wanted to get rid of the dogs because they were an ‘eyesore.’ They shouldn’t miss the opportunity this time.”