Rescuers looked into Gavin’s filthy makeshift pen at the New Paltz, New York farm he was found at last summer and noticed something strange: Gavin was skin and bones. 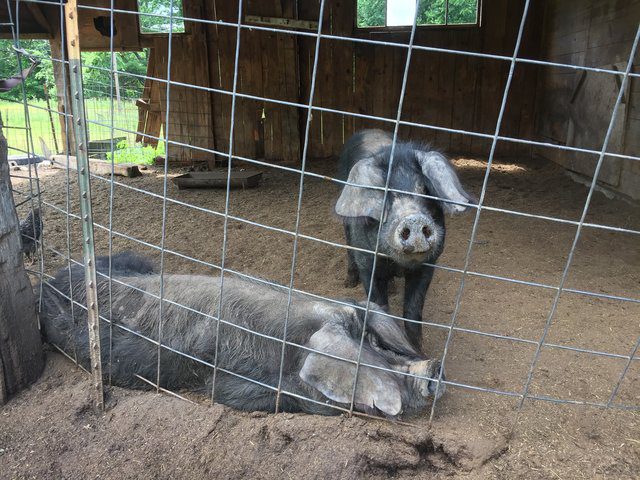 The two pigs had been left without food and water, so rescuers wondered why they looked so different. “Gavin was the skinniest and sickest animal there that day,” Indra Lahiri, founder of Indraloka Animal Sanctuary said. “But the female pig he was with had obviously been eating.” 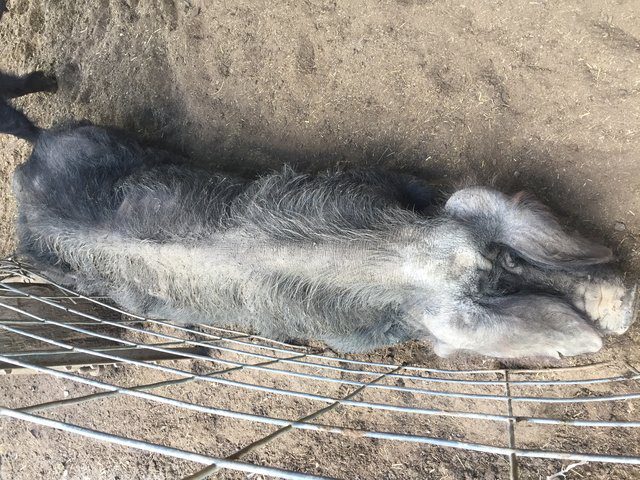 Gavin was in such bad shape, he went home with Lahiri to Indraloka Animal Sanctuary for around-the-clock care. The other pigs on the property, including another mother pig and her babies, went to Woodstock Farm Sanctuary.

The vet examined each of the pigs and they all tested positive for the same parasites, so rescuers were even more puzzled as to why Gavin had gotten so much skinnier than the others. 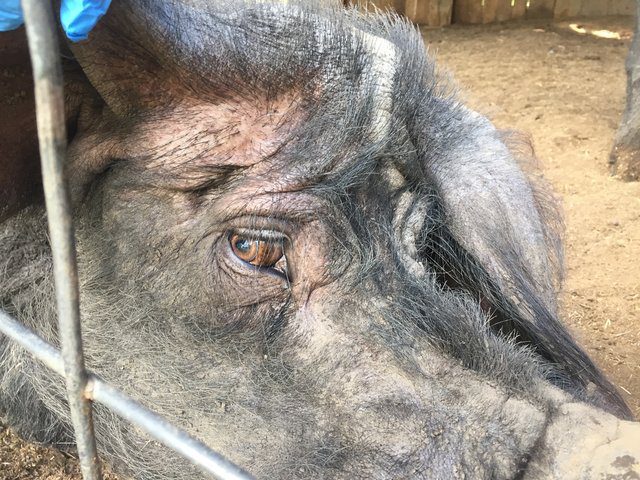 “You could tell that he was really depressed,” Lahiri said. “But as he got healthier, his spirits really improved.”

It was not only the food and medicine that helped Gavin feel better, he met Miss Lily Pie, a 3-year-old pig whom the sanctuary rescued as a baby after she had escaped a slaughterhouse transport truck. 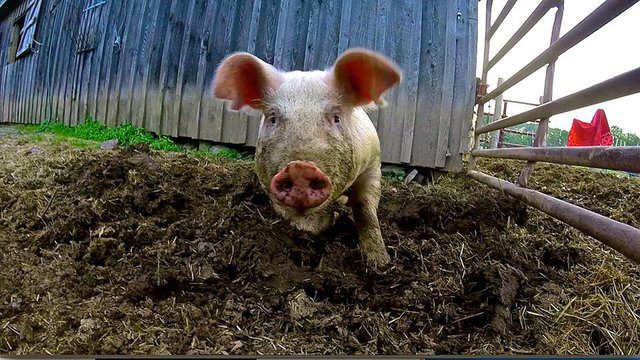 “As soon as they met, they hit it off beautifully,” Lahiri said. “They would kiss through the fence every day.”

Gavin was healthy enough to be introduced to Lily out in her pasture by fall and they quickly became the best of friends.

“They cuddle all of the time and Gavin shares his food with her,” Lahiri said. “They especially like eating pineapple together.” 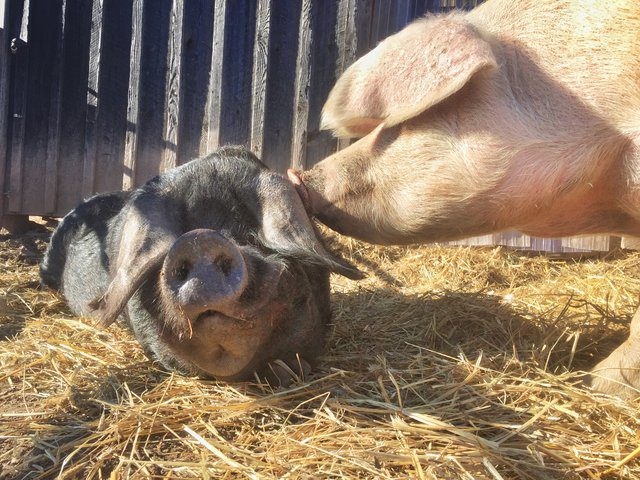 That’s when they noticed something unusual, Gavin who loves to eat, was saving some of his favorite treats to give to Lily.

That was when the rescuers realized why he was so skinny when he was first rescued: He was likely saving any food that did show up for the mother pig and her babies.

“He had quite a dominant personality, so he easily could’ve taken all of the food for himself,” Lahiri said. “But he was giving it up to his friend instead.” 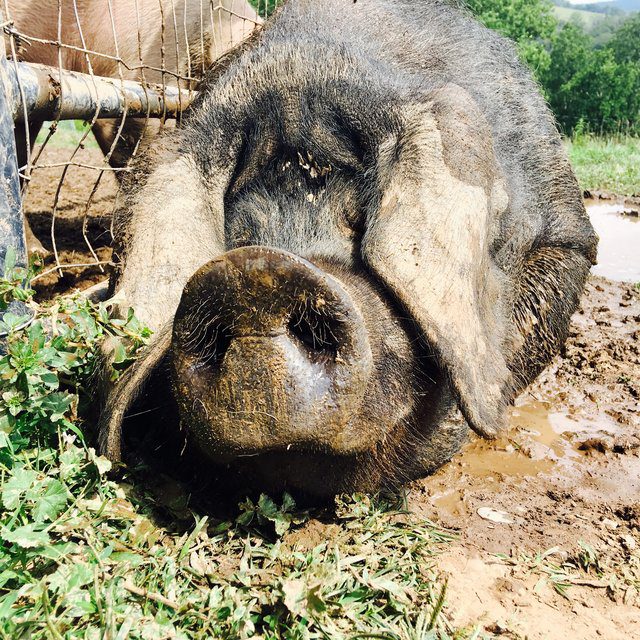 Lahiri explained that she wasn’t surprised. “When pigs love, they love deeply,” Lahiri said. “And that’s just how he felt about her.”

Gavin, Lily and another pig named Dominic all live together. The other animals rescued the same day as Gavin now have forever homes, including his former pen-mate, Molly, who lives at Woodstock Farm Sanctuary. 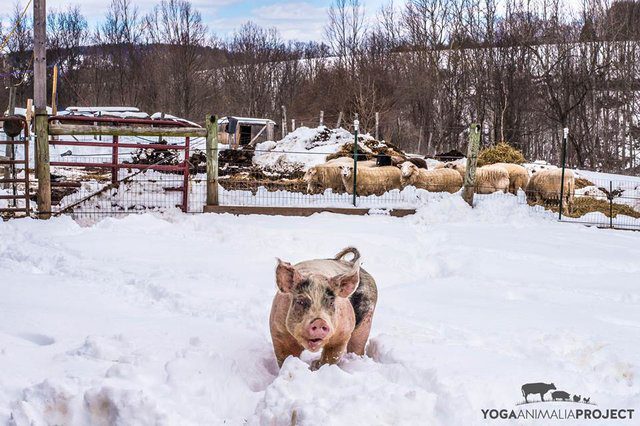 “When we first met Gavin, we weren’t even sure he was going to live,” Lahiri said. “But now he’s living a free and healthy life with his friends. It’s such a blessing.”

Every night, Gavin, Lily, and Dominic settle into one big pig pile to sleep while they spend their days grazing and playing in the pasture together. 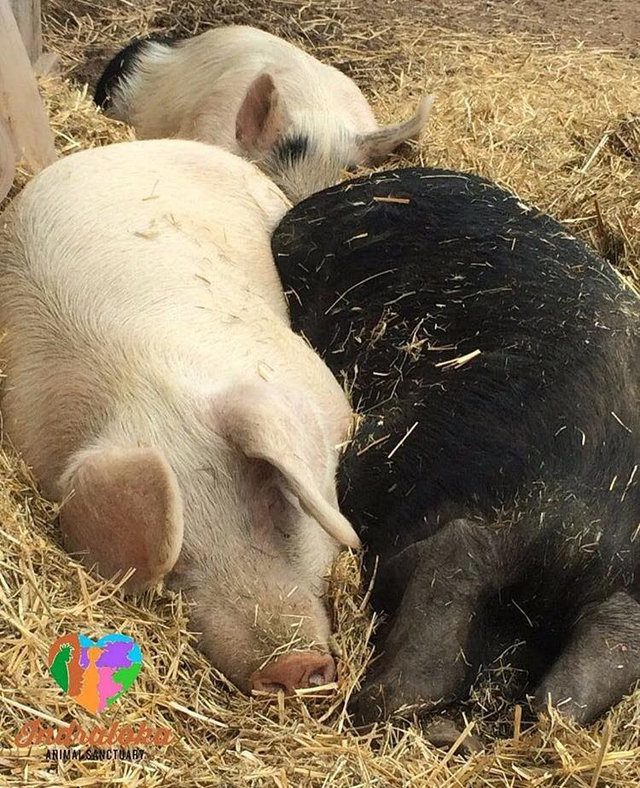 “Each one of them came from such terrible circumstances,” Lahiri said. “It’s been really special to watch them become so close.”