Home
animals
Neighbors See Shih Tzu Dangling From Balcony, Rally Together Quickly To Save Her

When a Shih Tzu was spooked by the sound of fireworks, she tried to escape by crawling through the railings of her home’s fourth-story balcony, was soon clinging for life. Thanks to the heroic actions of neighbors below, tragedy was avoided. 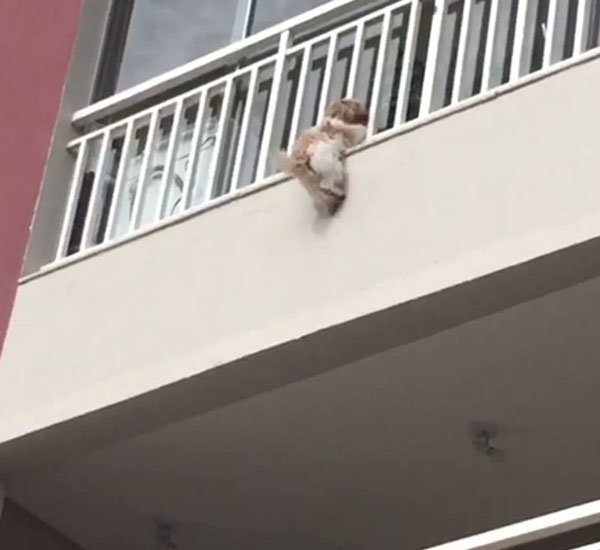 Tina, the dog, lives with her owner in Goiânia, Brazil. She had only been left alone for a few minutes while he stepped out to go to the store. In that short time, she found herself in a world of trouble.

Luckily, her neighbors were having a cookout on the ground floor when they noticed that Tina was hanging off the balcony overhead. The dog’s fall appeared to be imminent and without hesitating, the Good Samaritans hurriedly fetched a sheet and held it taut beneath her. They did so without a moment to spare.

This heart-stopping video captured the moment Tina slipped and was caught before she hit the ground.

Tina was saved. Aside from being understandably shaken, the 11-year-old Shih Tzu was unharmed.

Tina’s owner, Jean Carlos Silva Siqueira, arrived home shortly after, knew just the people to thank and told the local TV station: “If they had not acted so fast, I would not be with her on my lap today.” 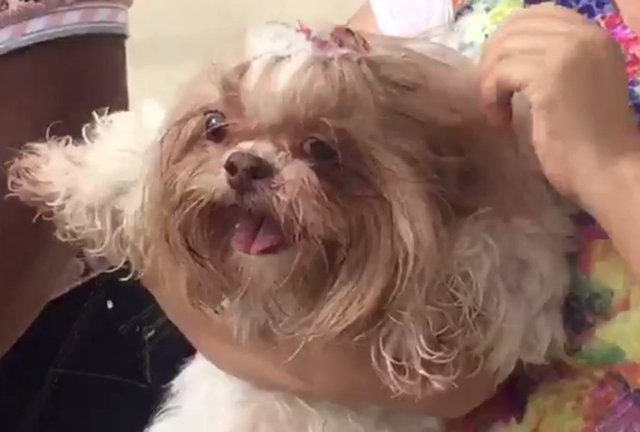 While fireworks can certainly be a lot of fun for people, they can be quite scary and traumatic for pets. Here’s a simple trick to help keep your dog calm.