Police in Texas is on the hunt for two men who were caught on surveillance video stealing a French mastiff puppy from a breeder’s yard in broad daylight over the weekend.

The video, shared online by Dallas firefighter and French mastiff breeder Matt Ivy, shows a black Cadillac SUV pull over in the 5100 blocks of Milam Road at 2.20pm on Saturday.

Two men get out of the vehicle and one of them walks up to a wire fence enclosing the property where two adult French mastiffs and a puppy are milling about. 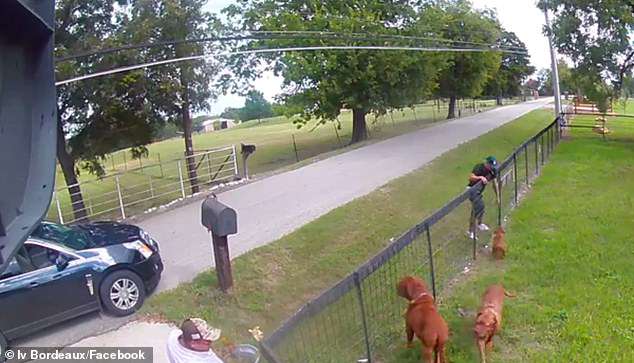 Dognapping in progress: This screenshot from surveillance footage shows an unnamed suspect reaching down to steal a French mastiff puppy from a Mesquite, Texas, yard Saturday 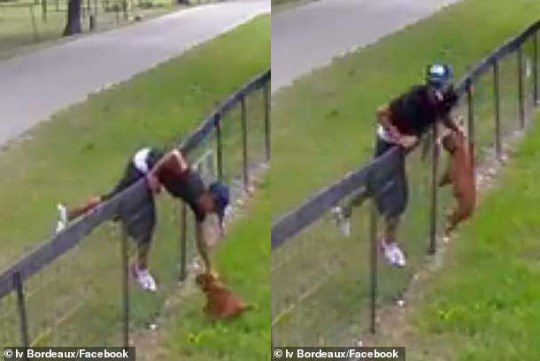 Heartless: The pooch, a 10-week-old named Chipper, let out a yelp when the cruel thug lifted it by the scruff 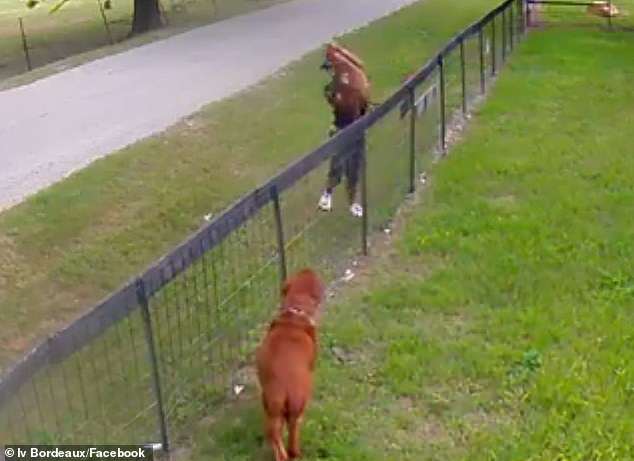 The suspect in a blue baseball cap, low-riding shorts, and white sneakers climbs the waist-high fence, reaches down and roughly grabs the puppy by the scruff, causing him to yelp in pain.

With the puppy tucked under his arm and a cigarette dangling from his mouth, the man briskly walks back to the SUV, jumps in along with his accomplice and the vehicle speeds off.

Ivy says the stolen puppy is a 10-week-old named Chipper who has an implanted microchip. 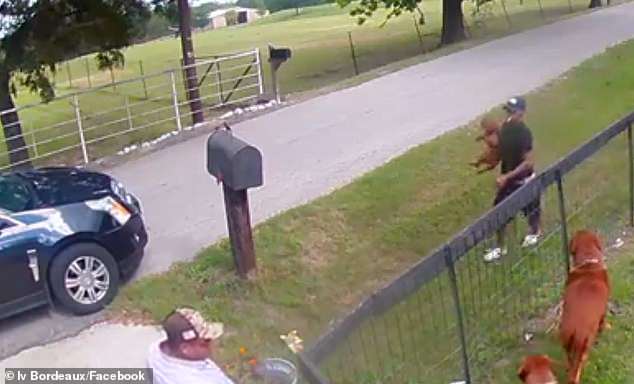 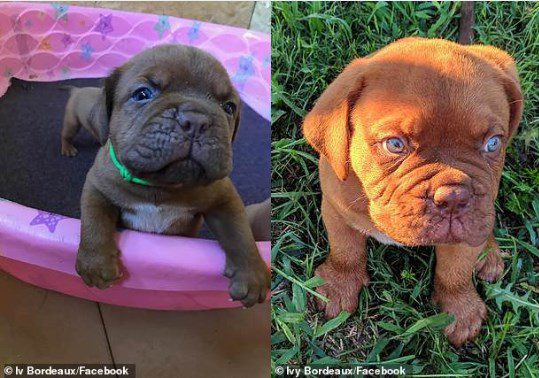 Adorable: The breeder says that Chipper (pictured left and right) is microchipped 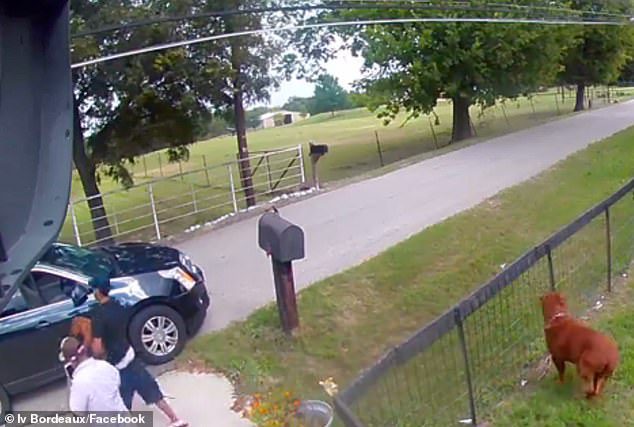 The thieves seen in the CCTV footage might have ties to Lubbock or Amarillo, Texas

Since posting the surveillance video of depicting the dognapping on his Facebook page, it has been viewed more than 7.4million times and shared more than 218,000 times.

He has been raising the animals for sale at his Mesquite home for the past 15 years.

The thieves seen in the CCTV footage might have ties to Lubbock or Amarillo, Texas, according to the owner. A $500 reward is being offered for information leading to Chipper’s safe return.

A French Mastiff can cost anywhere from $500 to $5,000, depending on the specific dog and the breeder.

A fully grown dog of that breed weighs more than 100lbs and has a life expectancy of five-eight years. 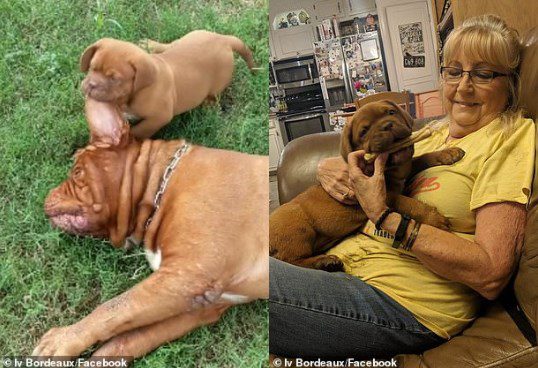 Chipper is pictured nibbling on the ear of a grown French mastiff named Dyson, left, and gnawing on a bone while sitting in the lap of his owner’s friend, right