Rags was essentially just a ball of fur when he was surrendered to a shelter. The 4-year-old Shih Tzu mix wandered into a man’s yard a few days before, and could barely move because he was so severely matted. His fur was so tightly wrapped around him it was practically suffocating him. The staffers at Clarksdale Animal Rescue Effort and Shelter (CARES) knew they needed to get all that fur off him as quickly as possible. 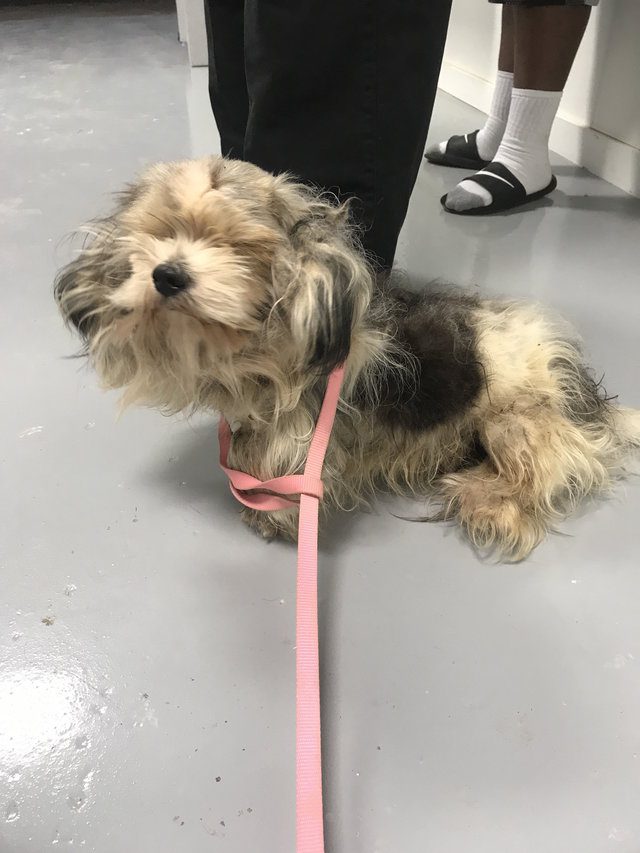 “He was covered in thick, hard mats (the worst we’ve ever seen) from head to paw,” Paige Daugherty of CARES said. “His mats had been there for so long that they had grown together between his feet and his ears. Beneath the mats, hundreds of fleas were running rampant.”

Poor Rags was incredibly uncomfortable with fleas and the weight of all his fur. But Rags barely showed it. Rags was calm and sweet, and just seemed so grateful for all the attention, despite the awful state he was in. 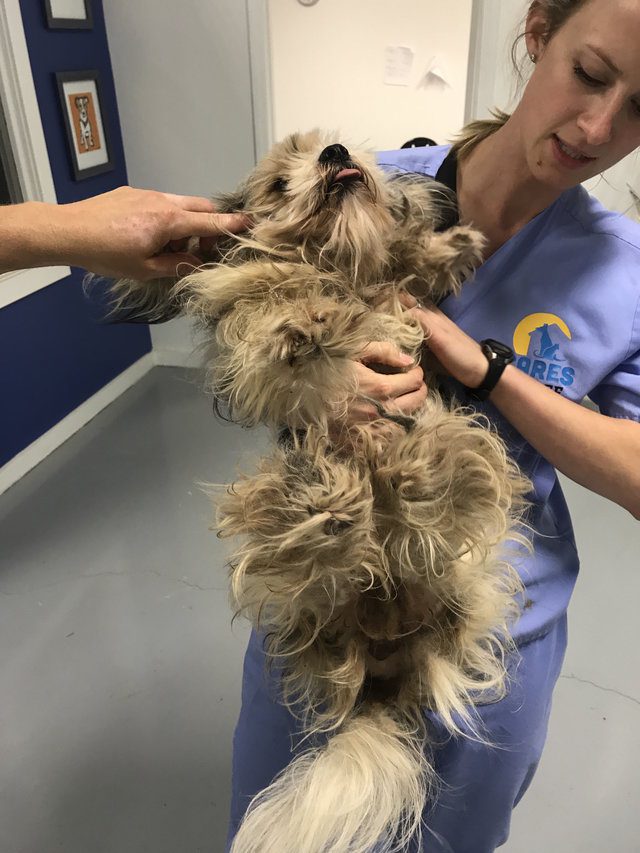 Two staff members and one volunteer were desperate to help him. They began the daunting task of shaving and cutting all of the excess fur. Rags was patient and sweet throughout the entire process, licking the hands of his new friends as they cut off years of fur and pain. 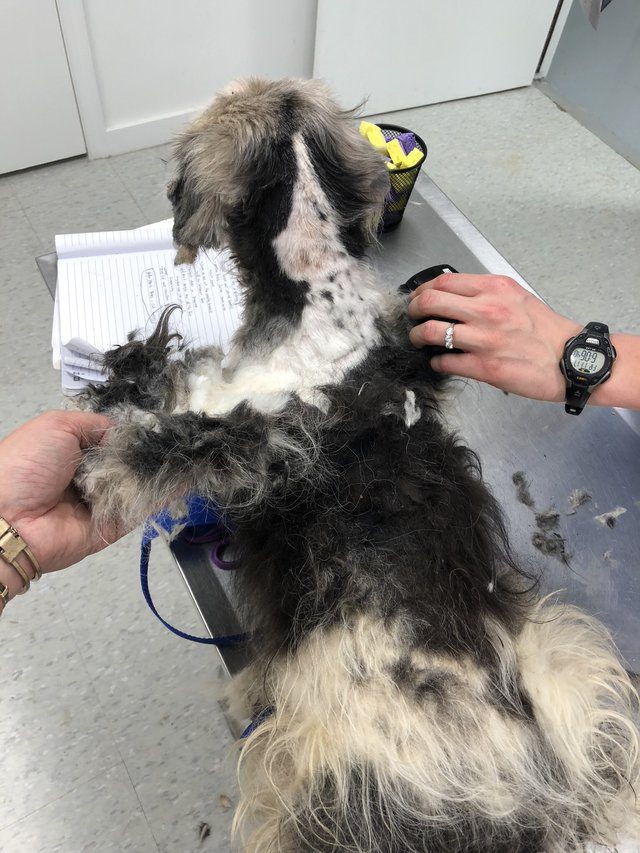 “The mats were so hard that we had to use scissors to separate them into sections and then shave small chunks of hair off of the mats to avoid pulling his skin any tighter,” Daugherty said. 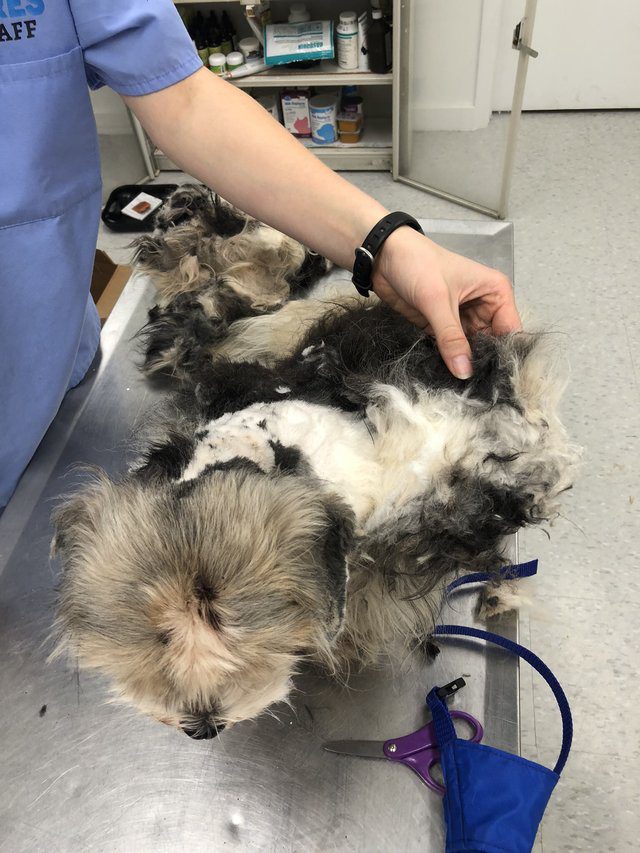 After three full hours, the staff finally uncovered a tiny, handsome dog. They shaved a solid 4 pounds of fur off of little Rags, who was clearly so happy to finally be free from his fluffy prison. 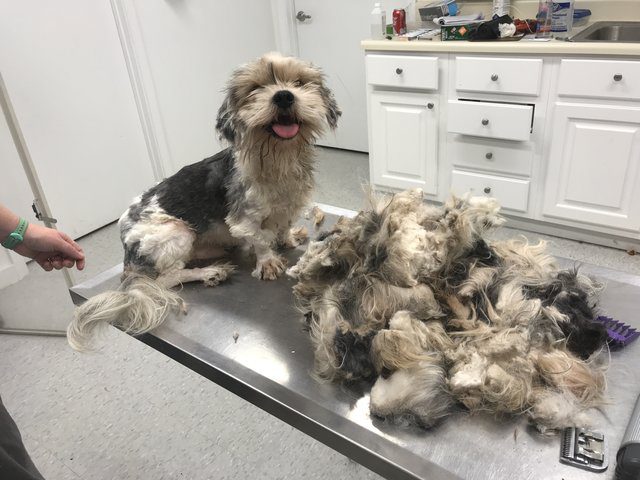 The veterinarian was not surprised when he was diagnosed with heartworms. Rags is currently being treated, and he should make a full recovery. Rags’ front legs are bowed inwards, probably from the mats forcing them to grow that way, but it hasn’t slowed him down at all. He’s loving life at the shelter, spending time with all his new friends, and staff is confident that he’ll make the absolute best pet for any lucky family. 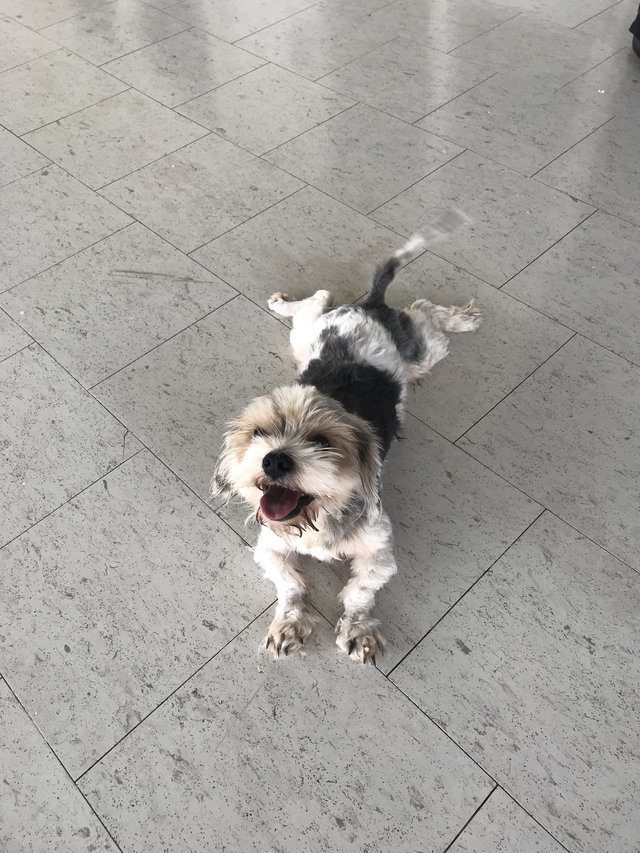 “Rags is a complete sweetheart,” Daugherty said. “He wants to be a lap dog and gets along well with other animals. He’s friendly, playful and loves his bed! He seems to be a healthy, grateful dog that will make a loyal pet.” 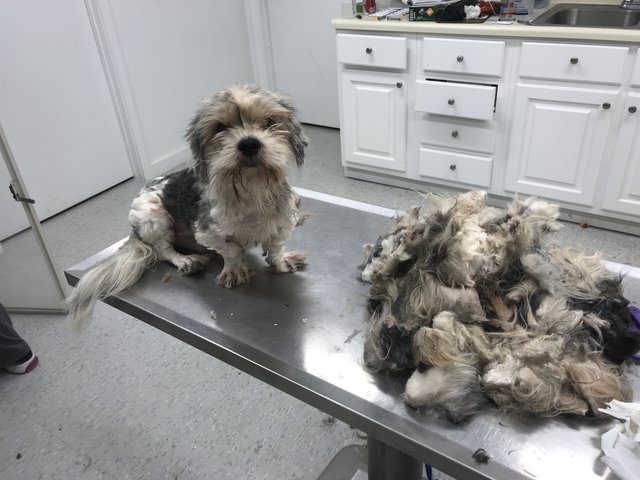