For more than 150 million years, American alligators have been in existence and are one of the rare survivors from the time of the dinosaurs.

When a bomb cyclone developed on the East Coast, it brought extreme winter weather.  It also helped reveal one of the alligators’ most fascinating survival techniques. 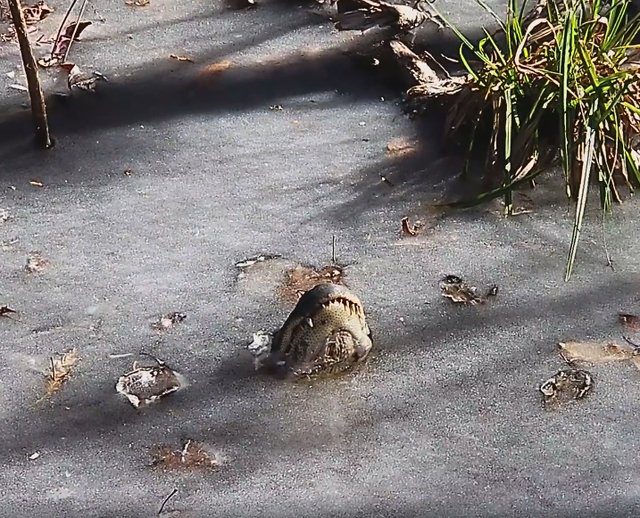 North Carolina’s Shallotte River Swamp Park, home to 12 alligators rescued from captivity had an extreme weather system move through the area and the water they inhabit froze over.

Rather than allow themselves to get trapped under the ice, or risk freezing in the colder air above, the alligators did this instead. 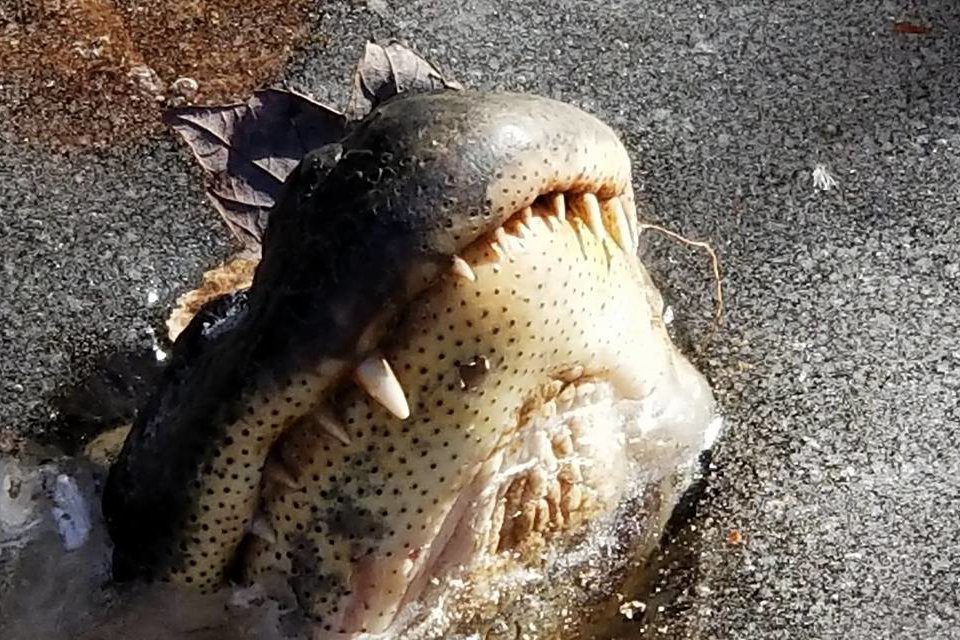 The alligators protruded just the tips of their noses through the surface while it iced over, allowing themselves to breathe while remaining mostly submerged.

According to an early online publication from the Florida Museum of Natural History:

“Adult alligators can survive freezing conditions if they are in water. They submerge their body but keep their nostrils projecting above the water surface, so that when the surface freezes they can still breathe (called the “icing response”) … Yet another example of their amazing ability to survive.”

While using this technique isn’t the only way these creatures cope with the cold, similar to hibernation in mammals, alligators enter into a state of brumation, wherein their metabolism slows as a way of preserving energy.