Marine biologist Nan Hauser has been diving with wild whales for the past 28 years. It was not until recently, she credited one with saving her life.

Hauser was diving off near the Cook Islands, in the South Pacific, this past October.  She had a camera crew with her who wanted to film her alongside humpback whales. One whale swam right up and began nudging her with his mouth and chin as if he were trying to tuck her underneath his pectoral fin. 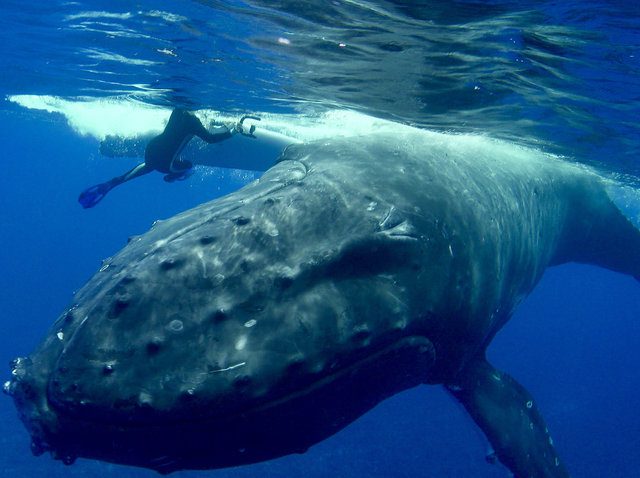 “He just wouldn’t stop touching me,” Hauser said. “I tried to get away over and over again, but he kept at it. He eventually pushed me up right out of the water on his fin. He kept putting his eye right next to me and I couldn’t figure out what he was trying to tell me. ”

This continued for about 10 minutes and, with adrenaline pumping, the worst thoughts were in Hauser’s mind.

“I thought the camera crew was going to end up filming my death,” Hauser said. “One whip of a whale’s tail on you, and the pressure would break your bones.” 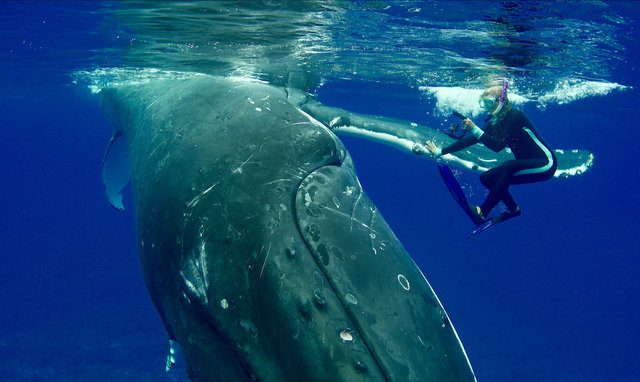 The whale wasn’t the one Hauser needed to be afraid of, she soon realized there was a shark nearby.  The whale was doing everything he could to keep her away from it while another humpback in the distance repeatedly slapped her tail onto the water; the noise can be heard underwater for miles.

“I finally took my eye off the whale and saw something swimming very fast with his tail swinging side to side,” Hauser said. “Whales swim with their tails moving up and down … It was at that moment I realized it was a tiger shark — and it was one of the largest sharks I’ve ever seen in my life.” 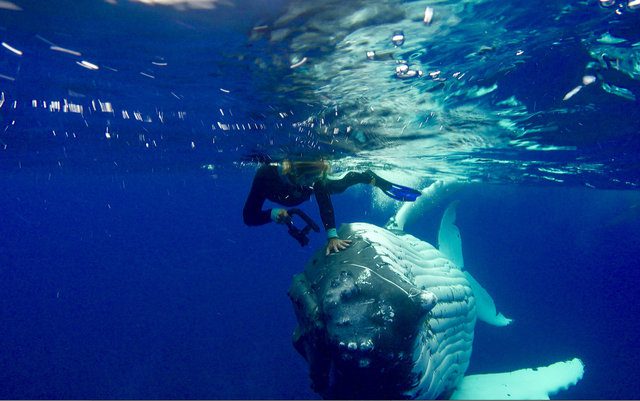 It was at that point, the whale delivered Hauser back to the boat after an intense few minutes of wrangling her and spinning her around. Hauser quickly jumped back into the boat and the whale lingered nearby to make sure she was okay.

“I just put my hands on my face and started crying,” Hauser said. “I can’t say whether they were tears of relief that I was alive, or because I had just experienced the most incredible thing I have ever seen in my life.”

Humpback whales are known for trying to save other animals from danger. Marine biologist Robert Pitman analyzed this behavior for over 60 years and concluded that humpbacks will band together to interrupt killer whale attacks, regardless of the type of animal that is being attacked. 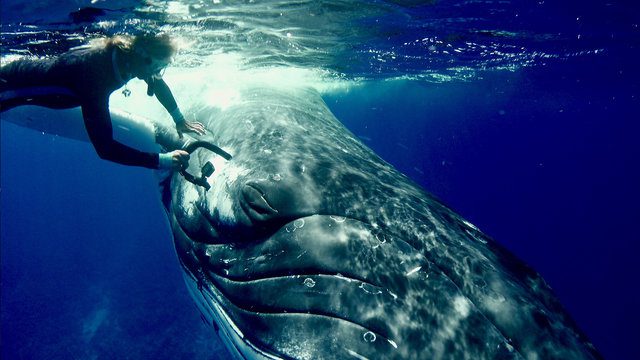 Hauser’s encounter is the only documented case that involves a human.

“Even though it was an absolutely crazy experience, I feel so honored to have had it happen,” Hauser said. “It’s an incredible quality that they’ll go rushing into a dangerous situation for the sake of someone else.”

Hauser did experience some bruising from the encounter, but it didn’t stop her from going into the same waters four days later. A female humpback followed their boat for miles and kept breaching up out of the water to gain their attention. 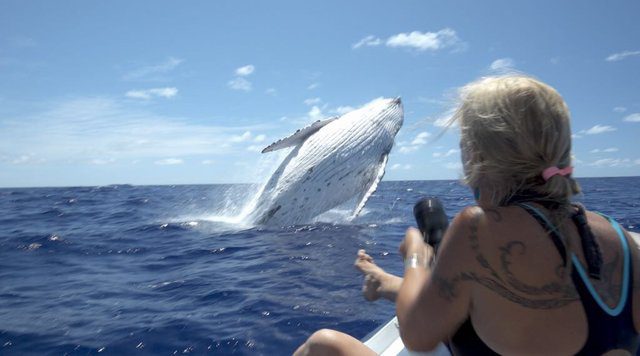 “I just knew that she was the second whale from that day, the one who was slapping at the water,” Hauser said. “I got in the water with her and she dove down below. I thought ‘No, she didn’t recognize me.’ But right underneath me, she was coming straight up with her beautiful pectoral fins out. She put her flippers around and hugged me.”

Hauser couldn’t help but feel more inspired than ever to continue her important work after an eventful few days. She continues to further educate people about the issues that whales face across the world’s oceans. Species across the board are consistently threatened by pollution, entanglement in fishing nets and hunting in countries like Japan. 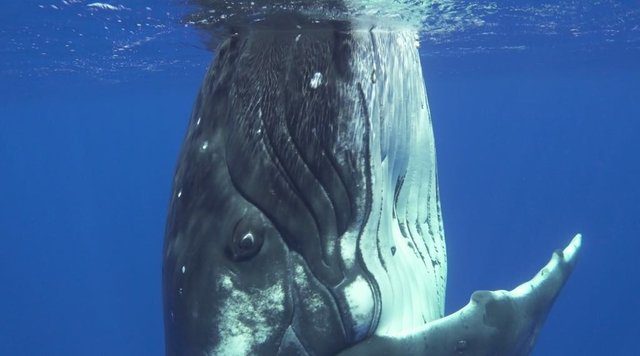 The female humpback whale greeted Hauser up close once she got into the water.

“Right now, oceans and whales are in so much trouble,” Hauser said. “The ocean is the amniotic sac for the earth, and what’s happening to creatures in the ocean will soon happen to us if we aren’t more careful. We need to be a voice for them.”