It’s hard to believe she almost died in a trash bag.

In South Korea, where dog meat is a delicacy known as gaegogi (although the practice of eating it is less common these days), Chi Chi was one of many born to be consumed.

According to her Facebook page, the 2-year-old yellow Labrador’s feet were bound and she was hung upside down — it was believed her meat would become more tender this way. She was stuffed with food to make her gain weight quickly. 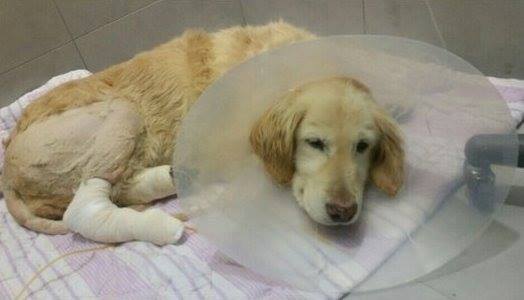 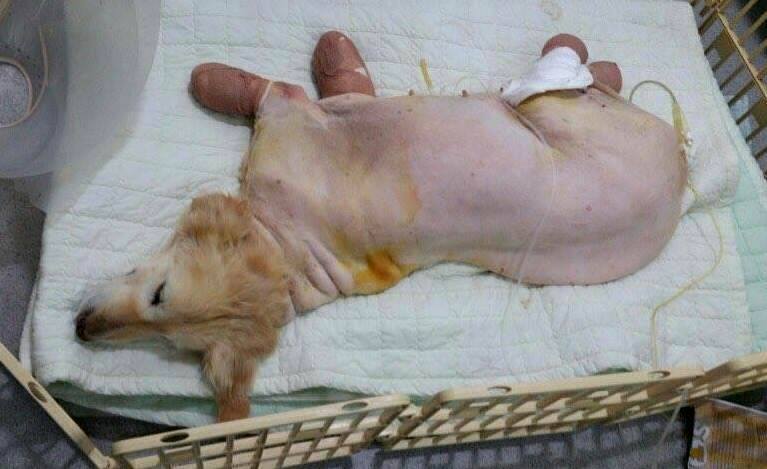 “She was hung from her legs for so long that her bindings started eating through her flesh,” Monique Hanson, foster and adoptions coordinator at Animal Rescue, Media & Education (ARME)

“At some point, it was literally bone she was hanging upside down from.” 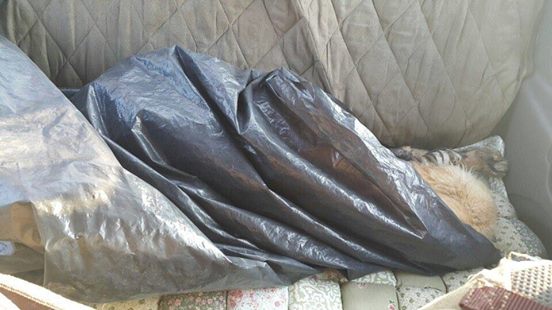 ARME found out about Chi Chi through Nabiya Irion Hope Project, an animal welfare group based in South Korea. ARME worked with the group previously on ARME’s Beagle Freedom Project, a sister organization dedicated to rescuing beagles from lab testing.

Deemed no longer fit for consumption because of her injuries, Chi Chi was thrown away — but thankfully, her story didn’t end there. 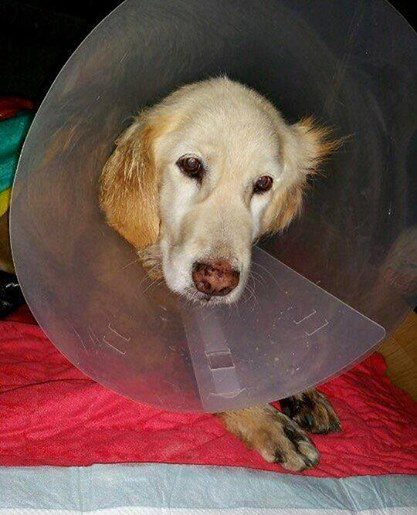 “It was literally just by chance [members of Nabiya Irion Hope Project] found her in a trashcan,” Hanson said. “She was found in a very well-known slaughter region in South Korea for dogs and cats. It was really by luck they saw her in there and that she was still alive.”

Despite all that Chi Chi had gone through, she still had an incredible will to live. It was that very spirit that prompted her rescuers to give her a fighting chance. She was taken to a hospital where all four of her paws had to be amputated in order to save her life.

Chi Chi currently remains under the of the Nabiya Irion Hope Project. ARME is collaborating with the South Korean rescue group for her care.

Tomorrow, she’ll be set up with prosthetics — custom-made for each leg. 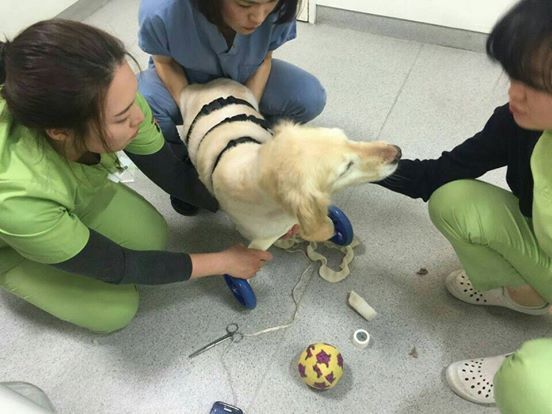 Once she goes through rehabilitation and gets comfortable walking on her new feet, Hanson said Chi Chi will make a brief stop at ARME in California before going home to her new forever family in Arizona. 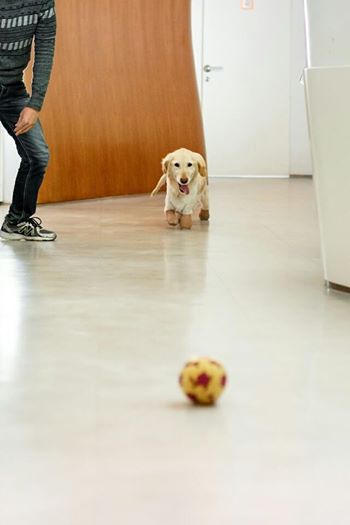 Her new family, the Howells, own several rescue dogs — including two beagles from the Beagle Freedom Project. Chi Chi is all set to land in the U.S. around the second week of March and start her new life as a beloved pet shortly after. 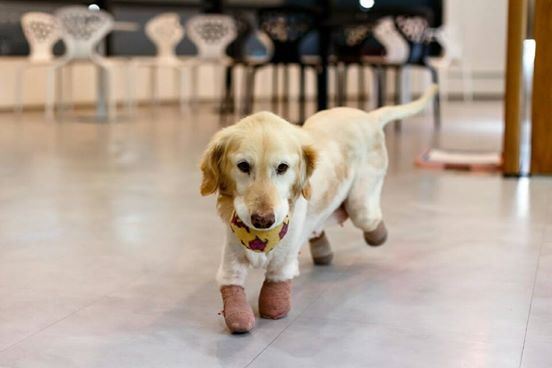