Stacey Taylor has spent night and day caring for a colony of over 900 rabbits, for the past five years. The rabbits live outside a psychiatric treatment center in Las Vegas.

Taylor said they have individual personalities, and, despite their large numbers, are even known by name to Taylor and her dedicated group of volunteers. 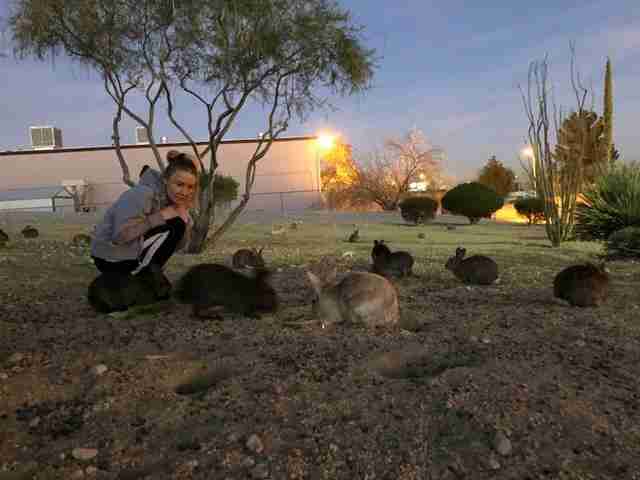 One day they showed up and were only greeted by two of them, Taylor knew instantly that something was very wrong.

“Usually when you walk out, you’re greeted by 100 of them,” Taylor said. “I can’t even begin to explain the feeling. I felt weak. I felt like I couldn’t breathe.” 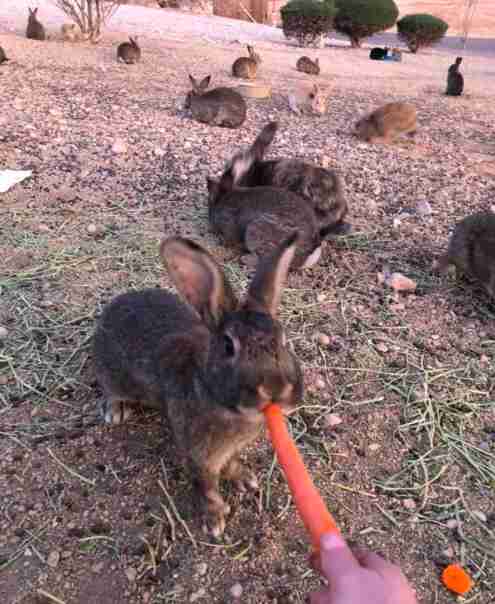 That’s when Taylor went walking across the property and saw dead rabbits were everywhere. Their tiny bodies lay in the grass with no signs of trauma with the survivors hopped among them. She filmed a live video on the page for her rabbit rescue group, Bunnies Matter in Vegas Too, which has since gone viral.

That’s when the volunteers frantically scooped up any rabbits that they could and loaded them into carriers. They were worried at the possibility of more deaths. At the time, they managed to bring over 100 of them to safety while they await transfer to foster or adoptive homes  but many are still on the property.

“We’ve named them,” Taylor said. “We know these rabbits. They were our friends.”

The Nevada Department of Health and Human Services announced it would be implementing a trap and relocate plan over concerns that the rabbits, who had lived there for years, were a health threat.

Taylor said that she believes the rabbits were intentionally poisoned by the state department, however, there’s also evidence that an outside party could have been involved.

They kept watch over the property the night after the rescue mission, and that’s when a volunteer spotted someone pull up in a car and toss lettuce out for the rabbits to eat. The lettuce was soaked in antifreeze fluid. The state has since called for an investigation into the suspicious deaths.

“The state claimed that the rabbits carried diseases, like rabies and salmonella,” Taylor said. “It’s just not possible. We’ve been in contact with them multiple times to work together on placing the rabbits but nothing has ever happened. It is so sad that it has come to this.”

Abandoned pets and the offspring of domesticated rabbits reportedly are let loose by the center to soothe their patients, These animals depend on Taylor and volunteers for food since they’re highly domesticated and can’t survive on their own in the wild. Taylor houses many of the rabbits in her own home before bringing them to be spayed or neutered and adopted out. 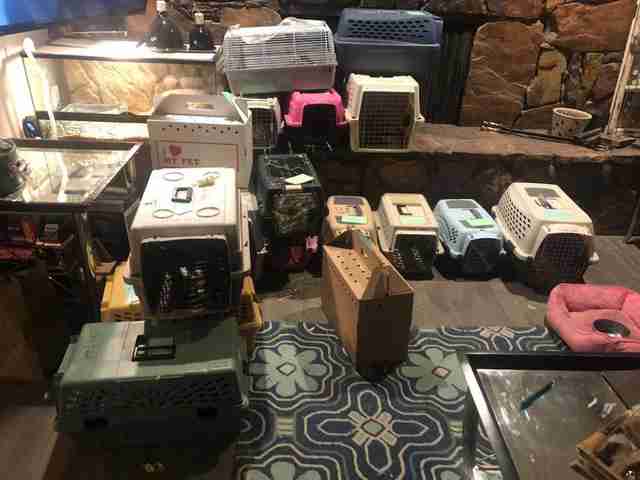 Taylor could be cited for animal abandonment if she were to bring them back to the property to live after having them spayed or neutered since the rabbits are a “pet species.” The population usually varies between 800 to 1,000, however, it’s impossible to keep up with the capture-neuter-adopt cycle before more babies are born on the grounds.

Taylor is awaiting toxicology reports of the rabbits found dead on the scene to know for sure their cause of death. She’s working with multiple rabbit rescue groups to find fosters and adoptive families for the survivors in hopes that she will find an emergency facility soon that will allow her enough space to take in the rest of the rabbits who are still on the property. 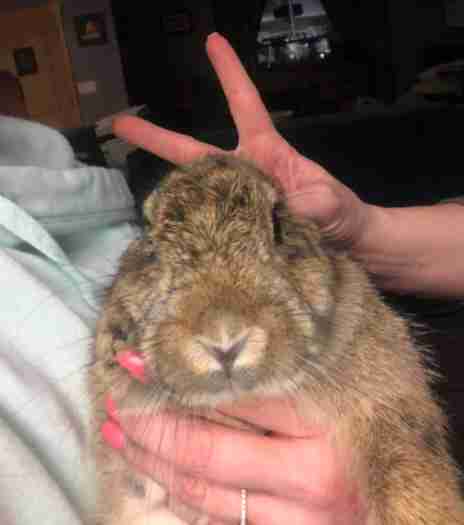 Taylor said they are in dire need of space and the group had almost raised enough funds to build a rabbit sanctuary of their own.

“We’ve been helping the rabbits for so long,” Taylor said. “We love them and need to get them out of there.” 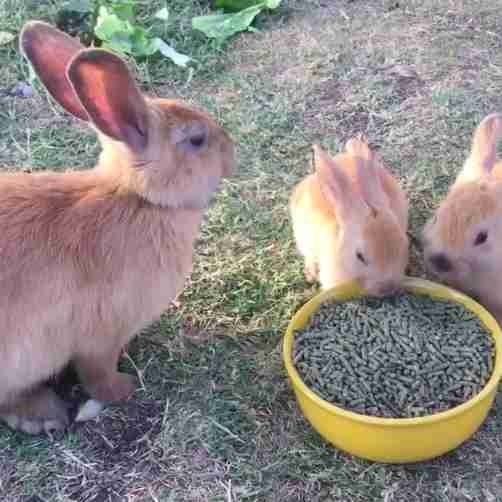 If you would like to help cover the medical and care costs of the newly-rescued rabbits, you can make a donation to Bunnies Matter In Vegas Too. If you are interested in fostering, adopting or providing building space for additional rabbits in the Las Vegas area, contact Stacey Taylor at [email protected]

If you’d like to donate supplies to the rabbits, you can find more information here.