Home
animals
Bait Dog Has A New Lease On Life

Miley was born and raised in a dogfighting operation near Austin, Texas. She was used as a bait dog to train other dogs how to fight. Barbed wire was wrapped tightly around her neck and her mouth was continuously taped shut while she suffered through the constant attacks. 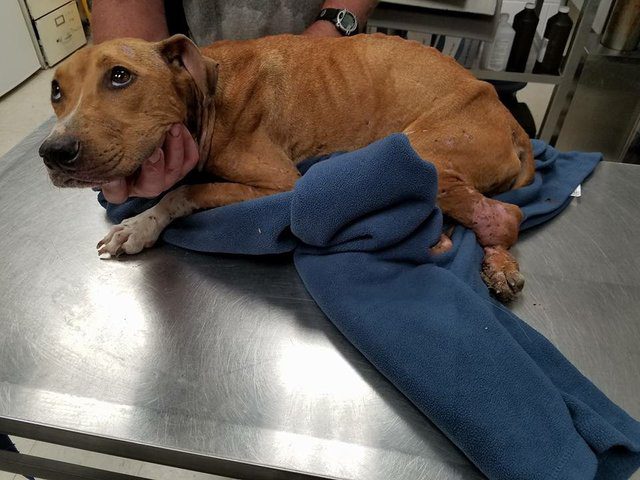 In July 2017, Miley was thrown out on the street with her back leg barely hanging on. The poor girl was only 1 year old and had seen more than any dog should.

The vets pieced together the heartwrenching details when they examined each mark on her weak body. The scars played back each detail of the young dog’s neglect.

Because the local shelter couldn’t afford to amputate her back leg, Amanda Holley, the animal control officer who found her, posted her photo on Facebook with a plea for help. 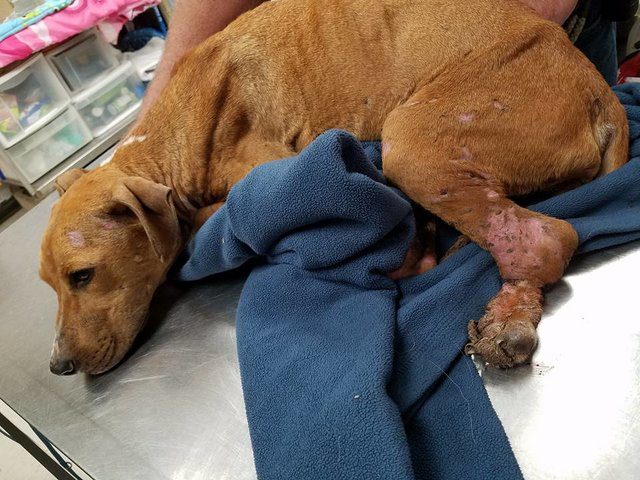 “They were going to euthanize her,” Holley said. “Without even thinking I offered to pick her up and keep her overnight so I could get her to the vet the next day. A woman on the post started a fundraiser to cover her medical bills.”

The dog was safe for the first time in her life when Holley picked up Miley that day. 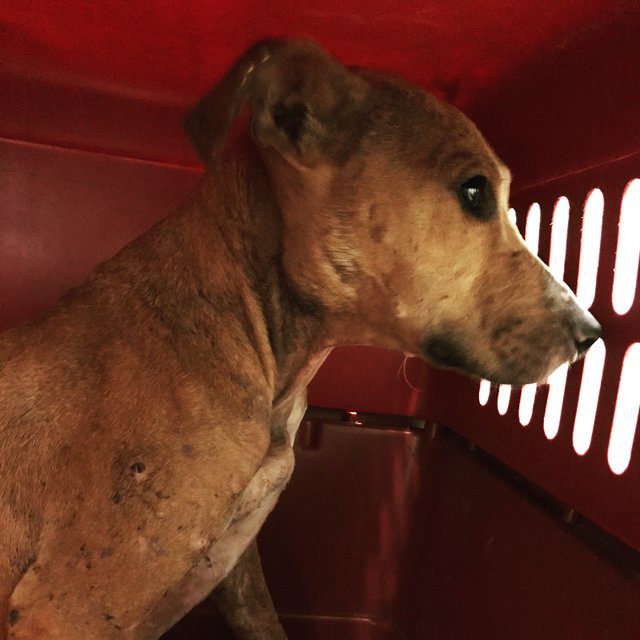 “She wouldn’t even make eye contact and just kept staring out the side of her crate,” Holley said. “I went out and bought her a stuffed hedgehog, and when I gave it to her, she looked at me as if it was the greatest kindness ever bestowed on her. From that moment on, she made eye contact and would take meds from my hand. She changed my life in a matter of hours.” 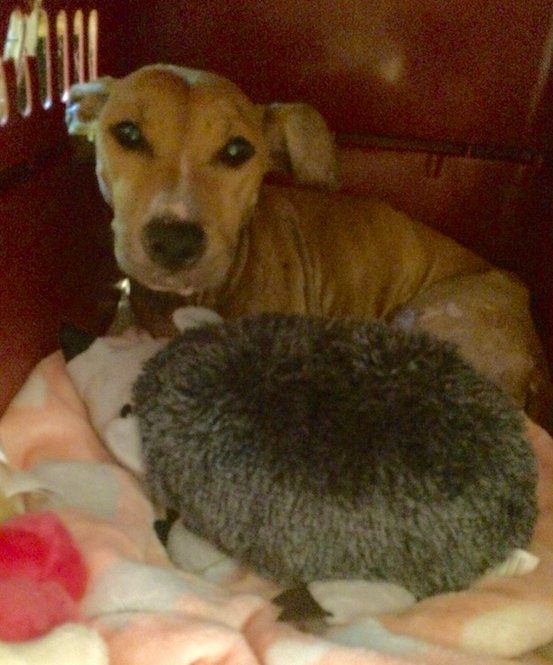 Because of the generous donations from the community, the money for Miley’s surgery was raised in two days. Miley was going to live with a foster after her surgery, but Holley made sure to keep in touch.

“My intention wasn’t to keep her, just be a part of the chain of people who worked together to save her life,” Holley explained. “But I told her foster if she ever needed anything again to call me.” 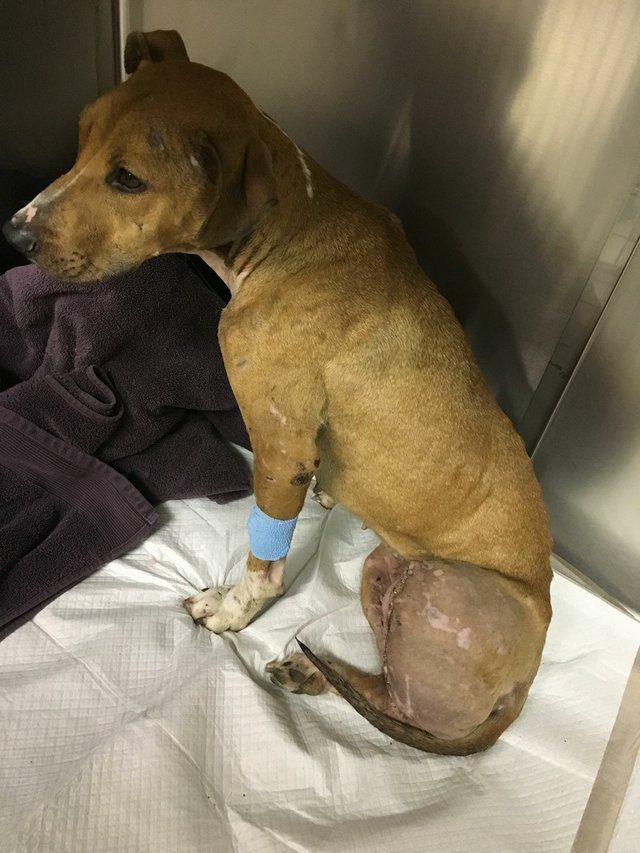 A few months later Miley’s foster suddenly needed to move. She called Holley, who had moved from Austin to Baltimore, Maryland.

“When you meet Miley she changes you immediately; she’s been through so much and is so sweet,” Holley said. “So of course I had to take her.”

Holley arranged to have Miley transported to Baltimore where she arrived home just in time for Christmas. 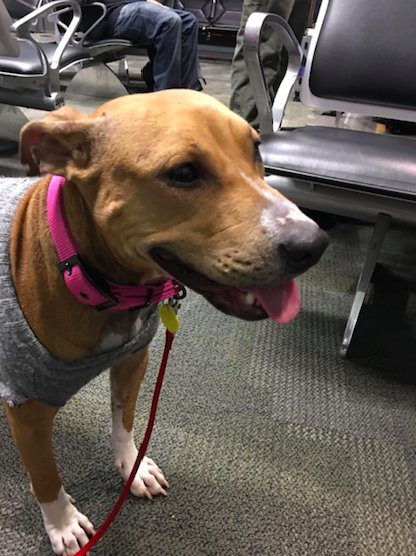 “I only had her for 24 hours that one day [when she was first rescued] and I had no idea if she would remember me,” Holley said. “She wouldn’t stop wagging her tail and was so excited to see me again.”

Miley has a new lease on life and is excited about everything. She’s still figuring out how to play with toys but loves the company of other dogs and people. 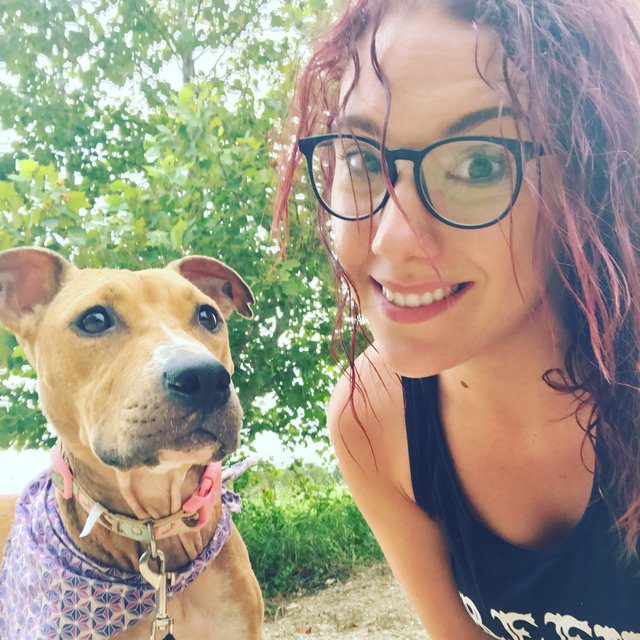 Miley has a brother, Ace, also a rescue dog. Ace was found on the streets as a puppy and lived in a shelter for over three years until Holley adopted him.

Ace is afraid of other dogs due to his life at the shelter and is still getting used to his new sister. He now has a confident, comfortable dog like Miley in his life and Holley is certain it won’t be long before Ace comes out of his shell. 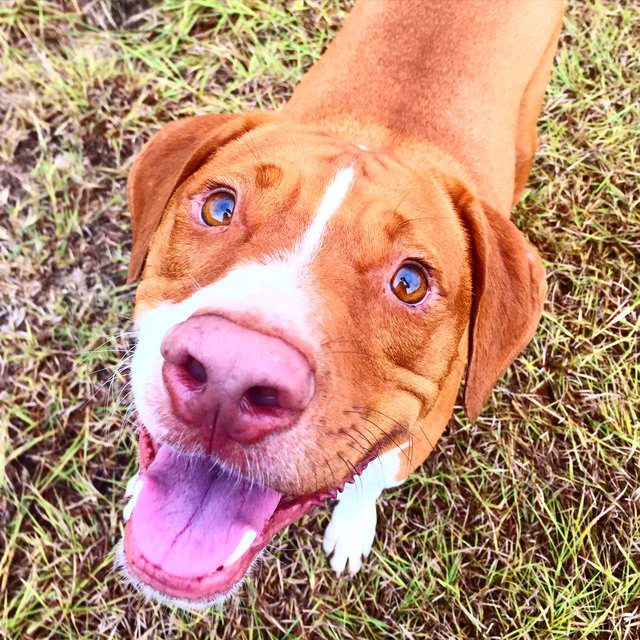 “Miley’s favorite thing to do is meet people,” Holley said. “She’s already made a ton of friends — both dogs and people. She won’t go more than a few steps on our walks without saying hi to somebody.”

It’s clear all Miley needed was to meet someone who cared about her. 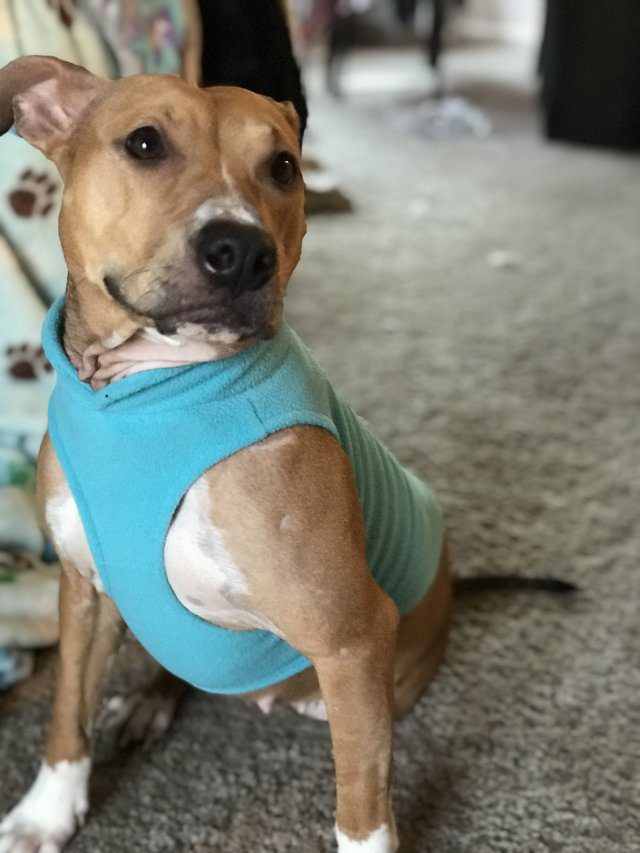 “Miley is Wonder Woman in a dog’s body,” Holley said. “She is living proof of the principle that only love can save the world.”