As our world becomes growingly deprived of compassion, love, and respect, we have also negatively affected our planet and the natural world that surrounds us.

People have directly threatened the life of wildlife, via pollution, illegal hunting, poaching, and capturing beasts and birds.

However, there are still those who do their best to preserve the world and slow down the imminent death of the planet. The story of a baby elephant, Moyo, is among the ones that still bring hope that things won’t entirely go in the wrong direction soon.

In 2016, she was found starving and abandoned on the shores of Lake Kariba in Zimbabwe, at just a few days old, after being swept away from her family whilst trying to cross a flooded river.

Yet, she was immediately airlifted to Wild is Life by rangers, which is a rescue and rehabilitation center located in the country’s capital of Harare, founded and run by Roxy Danckwerts. The sanctuary has an elephant nursery, and its founder explained that babies are rescued, grown, rehabilitated, and re-wilded later.

This baby elephant was among the tiniest rescues, weighing 56 kilos, and was afraid and sickly.

Roxy took on the role of a surrogate mother, spent the whole days with her at first, literally 24 hours, and even slept beside the little calf, to gain her trust.

Moyo means “of the heart” and she found a special place in Roxy’s heart and in her home. When she was still very small, she followed Danckwerts around her house, and never let her out of her sight.

At 14 months, The Dodo did an article on the elephant, and she was reported to still follow Roxy everywhere, while her rapidly growing size made this a little tricky.

In a 2016 interview with the BBC, Roxy explained that there are about 100 animals at their Zimbabwean sanctuary, of 15 different species, ranging from a hand-raised squirrel to the elephant family.

She added that young elephant calves need constant monitoring so she sets her alarm for every 2-3 hours every night to go outside and check their status.

Despite the traumatic start in life, Moyo became “an elephant with a silver spoon in his mouth”.

When she was brought to the sanctuary, they all thought she was a boy, but eventually realized that she was a girl. While taking care of her, Roxy became an integral part of her life, and Moyo recognizes her voice, her smell and somehow always knows where she is.

Yet, Roxy maintains that Moyo is just as important to her, as she is to her, and they have an extraordinary deep bond of friendship, trust, and love. 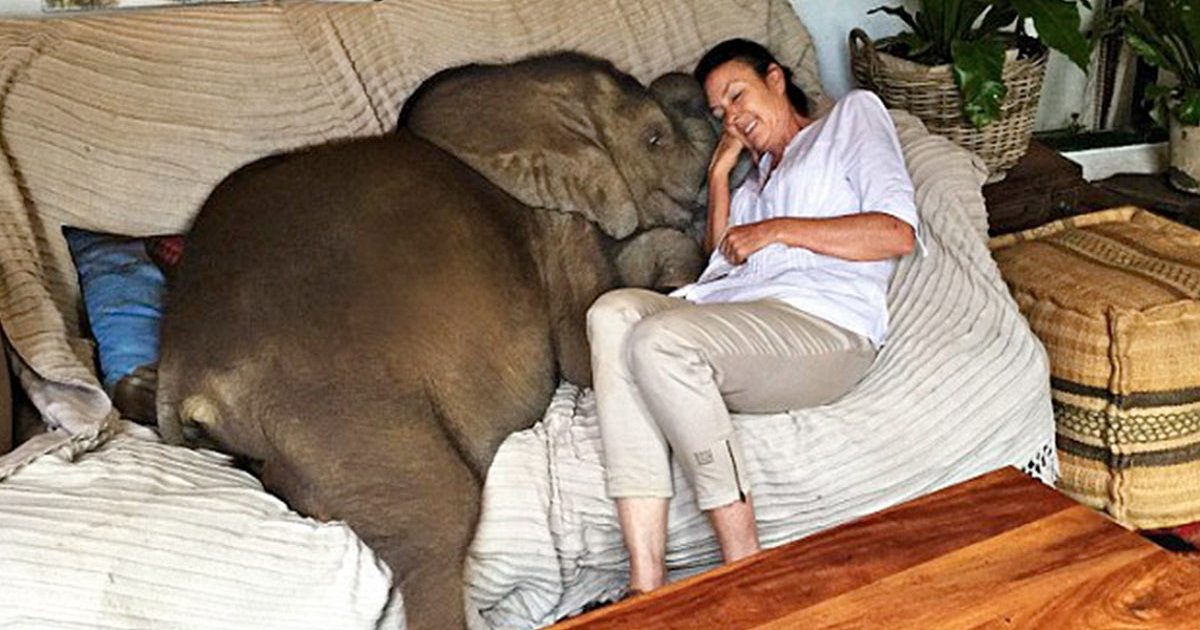 Therefore, letting her go would be hard for Roxy, but as all parents want the best for their children, this amazing woman was determined to give Moyo the freedom to roam, despite the nervous emotion collapse she believed she will experience due to it.

Nowadays, Moyo has grown up and managed to fight her childhood trauma and started swimming.

She is even leading her own herd of orphaned elephants as a young matriarch and became a healthy, calm, and playful elephant, and some kind of ambassador to the nursery.