Dan O’Grady, a truck driver, was driving down the highway in Jacksonville, Florida when he passed a small abandoned dog on the side of the road. He immediately exited the freeway and tried to get back to the dog before anything could happen to him.

When he pulled over to help the little Jack Russell terrier, he noticed just how skinny this dog was. When he approached the dog, he just yapped and ran away. Each time he tried to get close to the dog,  he ran away.

Dan was led into the woods by the dog and it was clear to him that the dog wanted him to see something. When the dog stopped at a bush, Dan looked underneath and saw a white domestic rabbit huddled underneath. 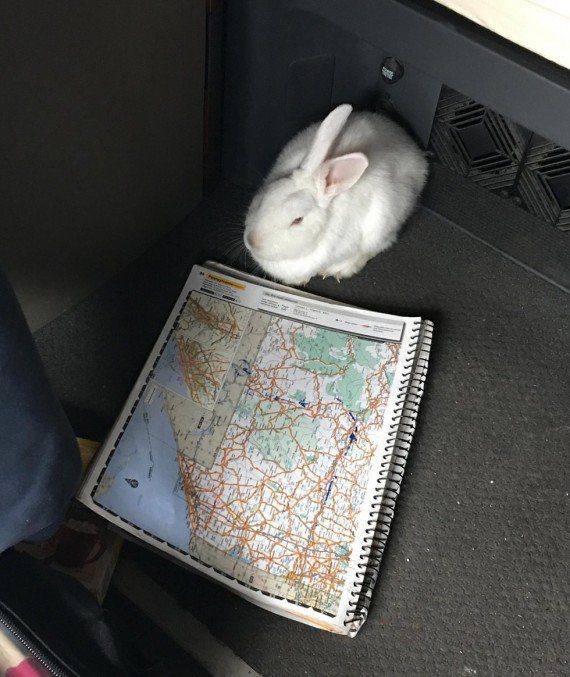 Dan picked up the rabbit and returned to his truck with the dog following him. He named the two Highway and Interstate.

Dan took the frightened animals to get some food. He got sandwich meat for the dog and got some salad for the rabbit. Then he proceeded to take them to an animal shelter, but they were only able to take the dog. So he headed to another shelter where they gladly took the malnourished bunny.

The two have now been adopted into loving and caring homes, and are doing great! They have both made a remarkable recovery, and we are so glad that Dan stopped to help!