Tombi, a lovable orange cat, wandered into the third-grade class of a public elementary school in the city of Izmir, Turkey. 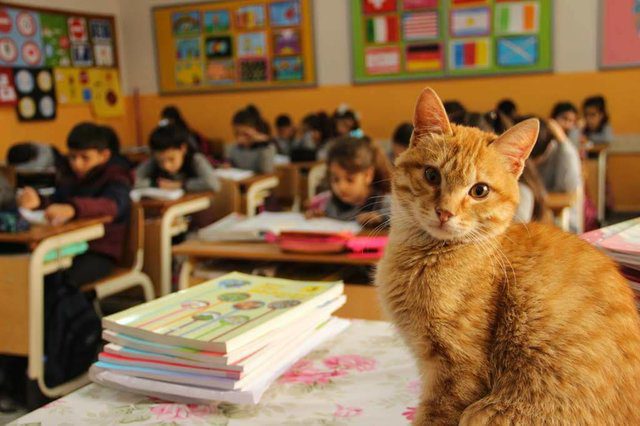 No one is sure where he came from and last month, Tombi appeared on the grounds. Tombi is friendly and outgoing and just walked up to kids outside seeking attention.

But Tombi didn’t stop there… He hung out in the school’s garden for a couple of weeks and Tombi apparently decided to try his paws at a formal education.

“He came into our classroom,” teacher Özlem Pınar Ivaşcu said. “The children liked him very much.” 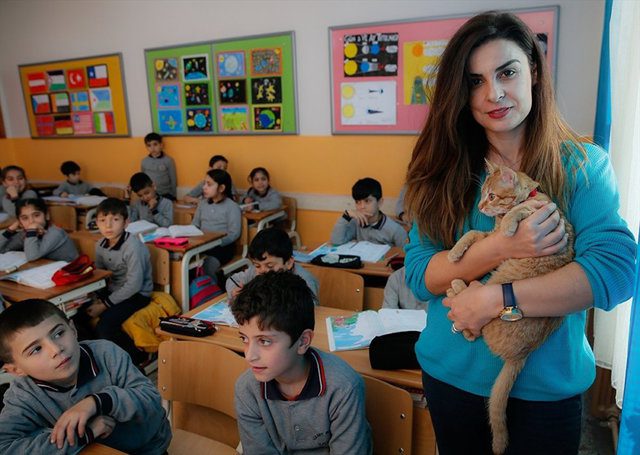 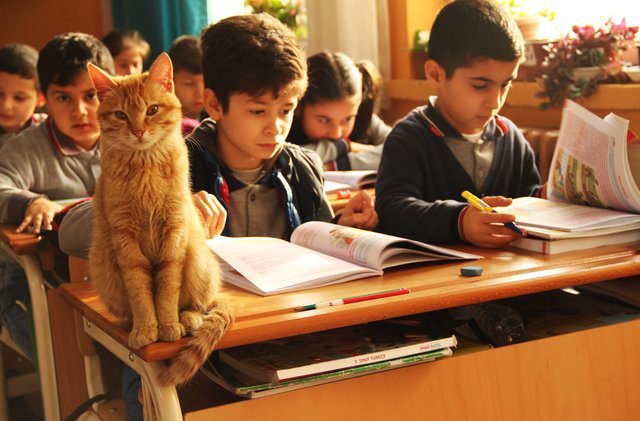 You might think a cat prowling around the classroom would be a distraction for young students, but Ivaşcu found that Tombi was having the opposite effect.

Because of Tombi’s playful curiosity, her kids are more excited to be in class. Ivaşcu’s students have been better able to stay focused. “The children come on time to school, and they are taking care of Tombi,” Ivaşcu said. “This is good for them.” 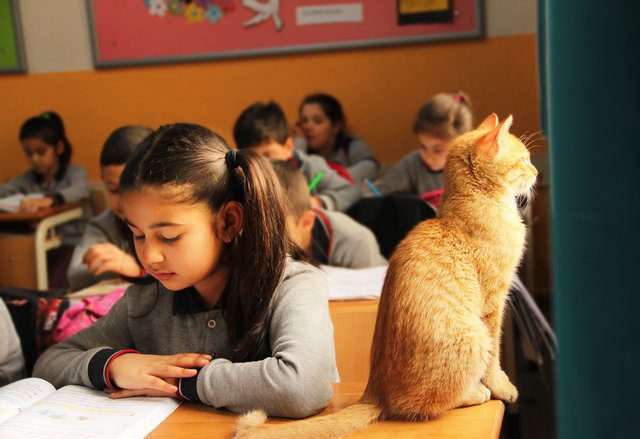 Tombi loves the attention. Not only does the cat now have a safe place to sleep and spend his days, with bowls full of food and water to call his own, he has dozens of new friends looking out for his best interests. Ivaşcu took Tombi to the vet to make sure he’s healthy and to get him vaccinated.

Ivaşcu’s class had never been better until a problem threatened to bring it to an end. When one of the student’s parents learned that stray cat had free run of the class, they lodged a complaint with school officials, saying that it posed a health risk. Administrators told İvaşcu that that Tombi had to go.

The entire class was devastated.

“We found a home for Tombi and he stayed three days there, but he was not happy. He stopped eating,” İvaşcu said. “So I took him in at my house, but also here he was not very happy.”

Tombi’s friends at the school wrote letters to try and cheer him up. 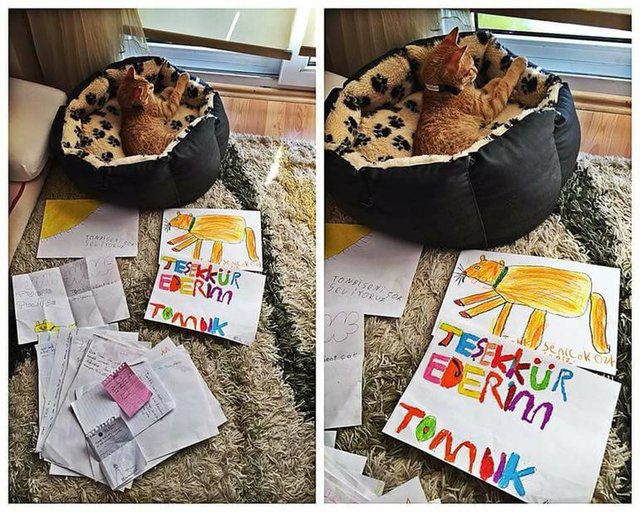 Because Tombi wasn’t getting better, İvaşcu decided to write about his sad situation on social media. The word about Tombi spread like wildfire.

“The story got a lot of attention and support on all TV news,” İvaşcu said. “I had a lot of support from many people, including from my manager and the director of education in İzmir.”

to her surprise, even the parent who complained had a change of heart and said she wanted the cat back in class, too.

Sure enough, school officials gave the okay for Tombi to return. “The children were very happy to have Tombi back,” İvaşcu said. “And he is happy again to be with the kids.” 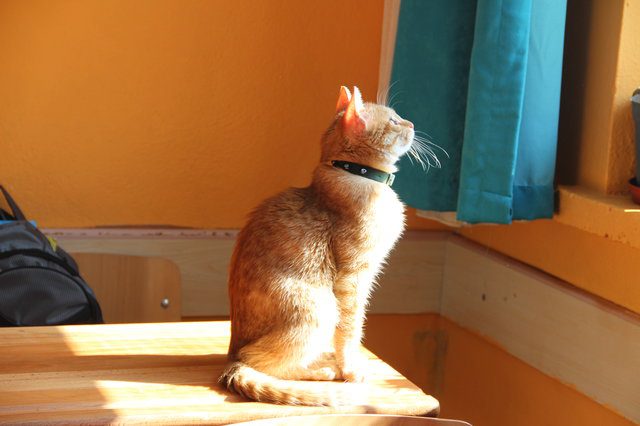 Tombi means the world to the 33 students in İvaşcu’s third-grade class and other kids in Turkey might soon know what it’s like to have a feline classmate.

When Tombi’s story broke, a grassroots campaign has been gaining steam across the country calling for every class to adopt a cat of their own.