For millennia, the ivory of elephant tusks has been viewed as everything from good luck to wear to a potency enhancer when pulverized. But the demand for ivory had become so overwhelming that President Obama instituted an import ban during his tenure in 2014. 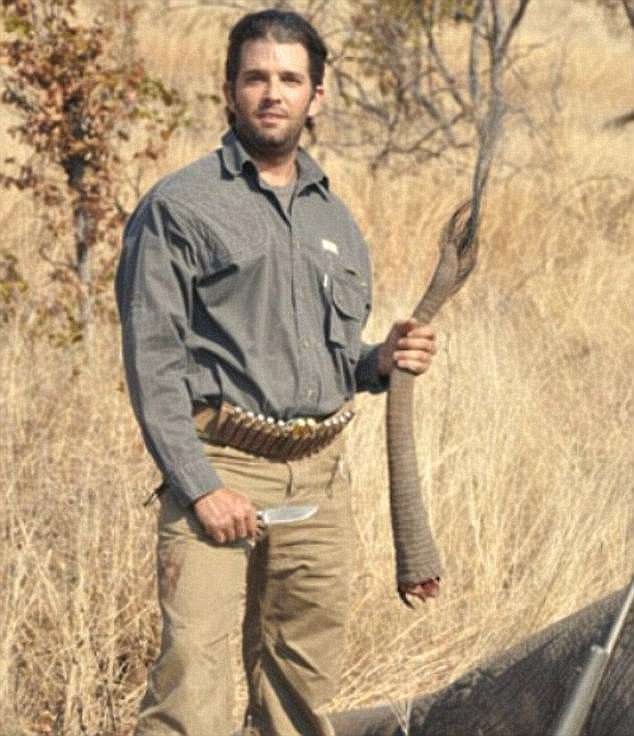 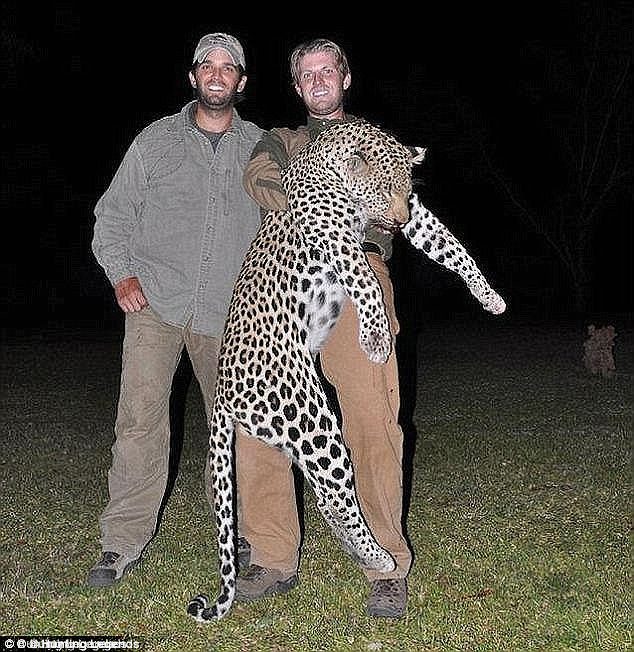 Animal rights groups said the ban would diminish the reason for poachers and big game hunters to continue to kill the highly intelligent mammals, who are known to grieve for each other when one dies, and even to cry.

But now a reversal of that ban by President Donald Trump is threatening everything these protective animal groups have fought for so long: namely, a lessening of the egregious slaughter of one of the most amazing creatures on earth. 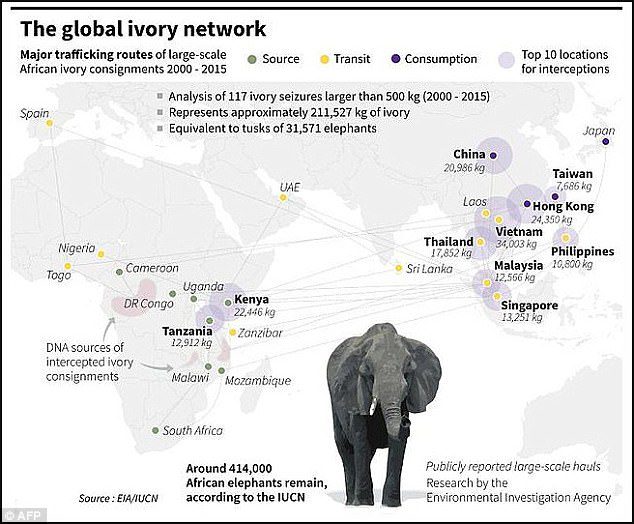 Trump’s own sons, Donald Junior and Eric, have been seen with a variety of African game that they killed on what are commonly called “trophy hunts,” where people pay in the neighborhood of $50,000 to be able to legally kill certain animals who live on game reserves. 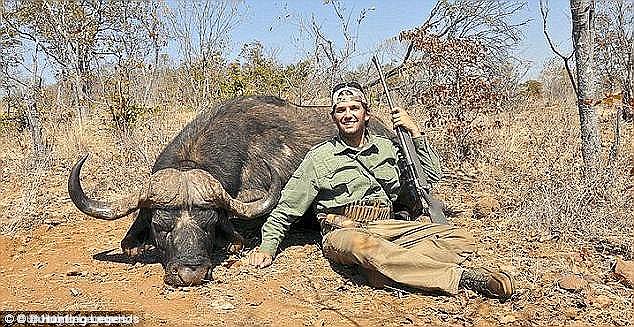 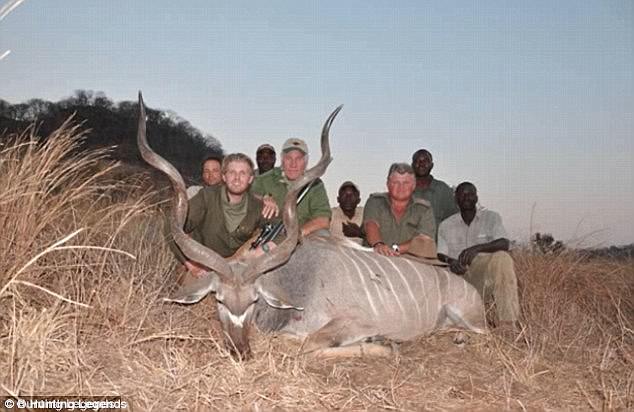 The ban reversal would primarily affect elephants in Zimbabwe – a country which underwent the military coup of longtime leader Robert Mugabe just this week – and Zambia. Along with ivory, hunters would be able to bring back animal parts, such as heads and horns, to be taxidermized and hung on the walls of their country estates, like noblemen of old.

Many animal protectionists claim these African countries were among the worst at keeping elephants and other prized animals safe from poachers, even when hunting them was illegal. They fear that by opening the floodgates, there will be no stopping the slaughter, which has reduced the elephant population from hundreds of millions down to just a few hundred thousand in the past century or so.

But pro-hunting groups say the trophy shoots help to cull herds, and that in turn, it makes it easier for the rest of the pack to survive, as the animals aren’t fighting over limited resources, like water and food. The new ban reversal was announced by officials from the US Fishing and Wildlife Service. 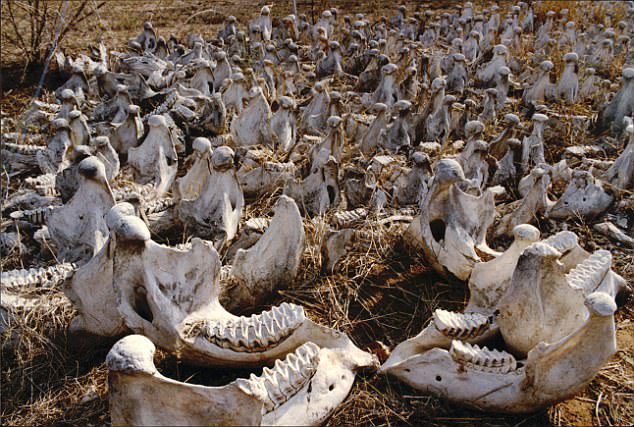 “Legal, well-regulated sport hunting as part of a sound management program can benefit the conservation of certain species by providing incentives to local communities to conserve the species and by putting much-needed revenue back into conservation,” the agency said in a prepared statement.

But for the elephants of Africa, it just sounds like they are getting closer and closer to extinction. 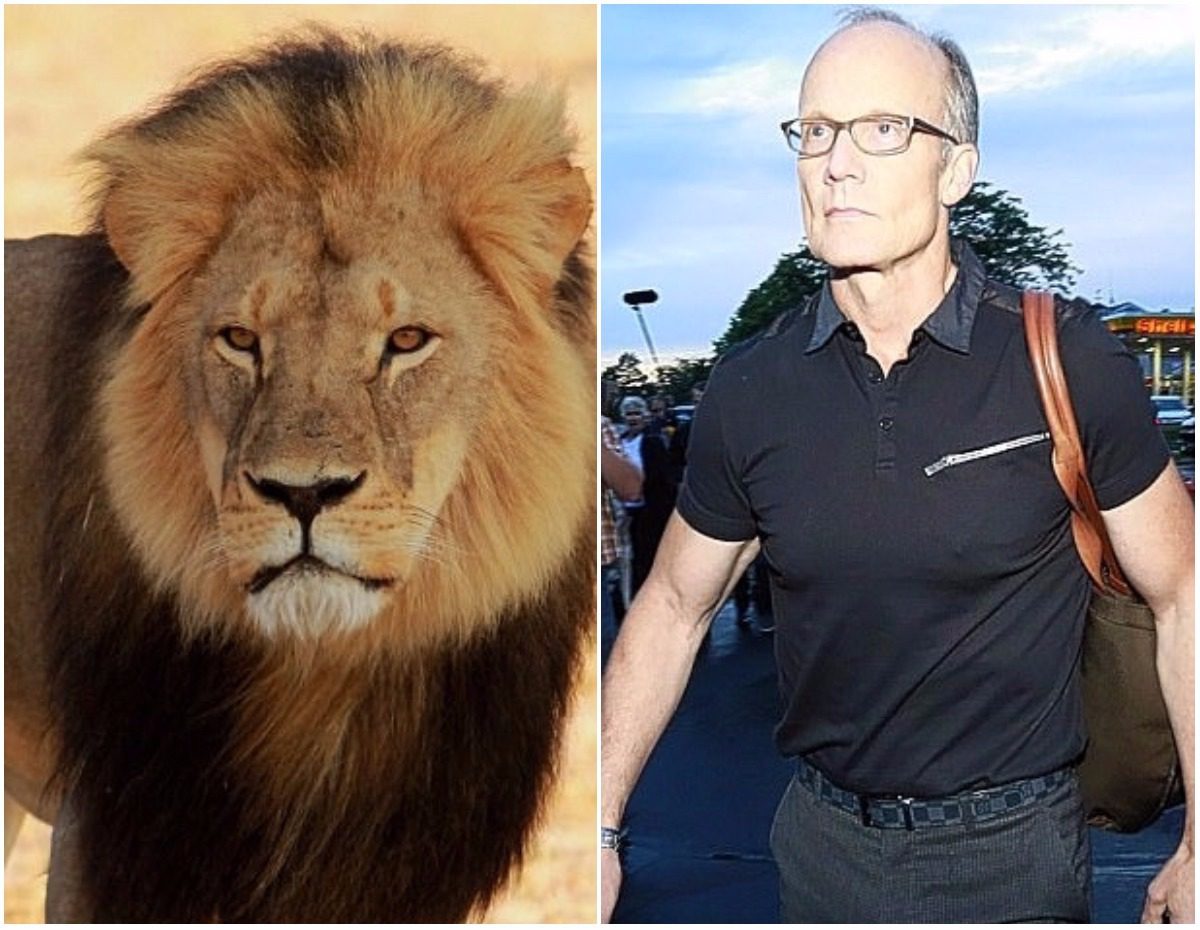 Two years ago, Minnesota dentist Dr Walter Palmer (right) paid $50,000 to hunt and kill Cecil the Lion (left) in Zimbabwe; it prompted a global outcry at the time.

“The fire of the ivory trade seems to be dying. The last thing we need is a sudden blast of oxygen from a misguided policy change,” said Frank Pope, CEO of Save the Elephants, a Kenya-based protectionist group.