If there’s one thing dogs are really good at, it’s knowing when someone needs a friend. They just seem to have a special sense that tells them when someone is feeling down and could use some reassurance, a reminder that they’re not alone.

Dogs are great at doing this for their often overworked and stressed-out humans, but they’re also great at doing it for one another. Seeing a fellow dog in distress is something they simply can’t stand — especially if they know just how that dog is feeling.

For some reason, some people don’t seem to believe that dogs can have feelings like we do — though if you’re a dog person, you know that’s hogwash. Dogs are highly sensitive to the tone of voice and body language in humans as well as in other dogs, so they’re very good at picking up on how someone is feeling.

When Sammie, a 4-month-old boxer puppy, arrived in New York City, he’d been the victim of horrific abuse and was fighting for his life. Meanwhile, another rescue, Simon, had just gotten medical care for his case of mange (a skin disease). Simon and Sammie were both rescued by Rescue Dogs Rock NYC from shelters in South Carolina.

So when Simon saw Sammie lying on the table and fighting through his fear and pain, he knew just what to do, showing how much a compassionate face can help in a dire situation. 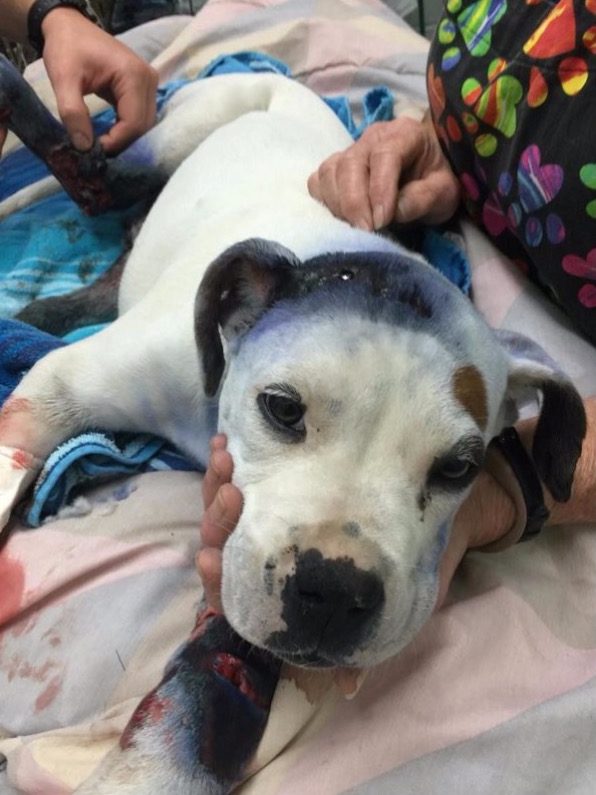 When Sammie came into the hospital, he was in bad shape. He’d been the victim of horrific abuse, having been spray-painted, shot in the head, and dragged behind a car.

“We are so angered by this story it’s hard to find the right words,” Rescue Dogs Rock NYC said. But they did know that they had to act fast in order to save the 4-month-old puppy’s life. 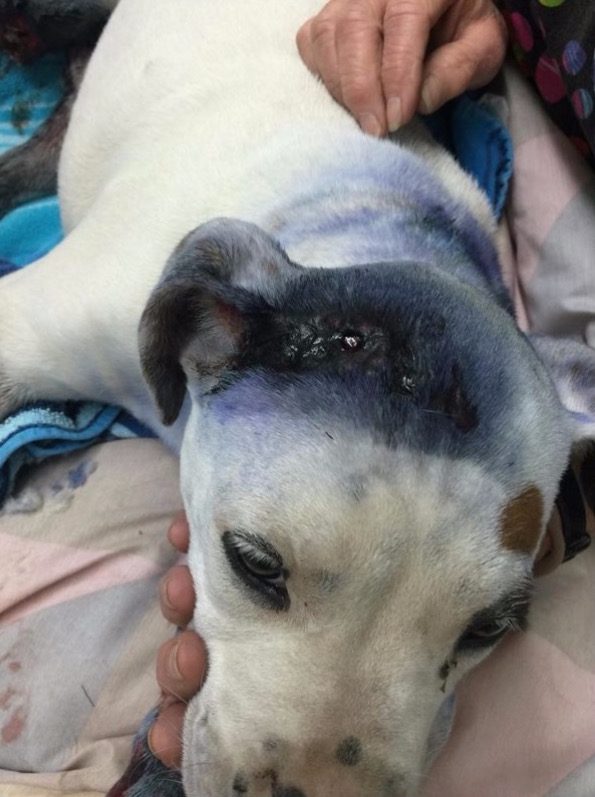 Sammie had a serious head injury and two broken legs and was at high risk for infection since his broken bones were left untreated for several days. He was also covered in spray paint, making this case all the more horrible.

Sammie was being treated in South Carolina by a partner veterinarian of Rescue Dogs Rock NYC and needed all the love and care he could get.

And a fellow rescue dog named Simon was right there to give him some. 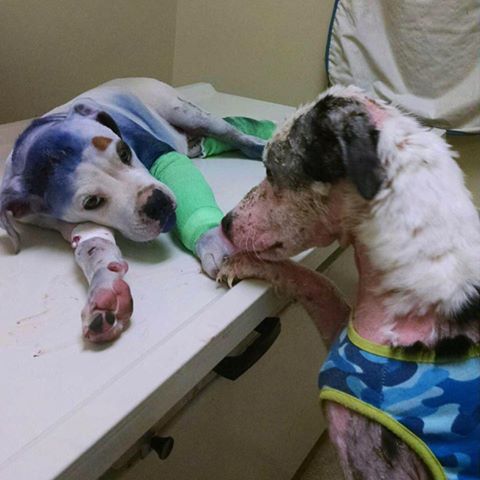 Simon was also rescued from a shelter in South Carolina and was being treated for mange. On the mend, Simon was allowed to walk around, and he came right up to Sammie, placing his paw on the table next to the other canine and gently touching Sammie’s paw with his nose.

And Sammie, exhausted and traumatized, was happy for the comfort. “Sammie accepted Simon’s touch and was grateful for the love and affection Simon showed him,” the rescue organization added. “Simon would go to Sammie’s kennel to comfort him and play with him and sit with him often.”

Sammie is currently recovering in New York. His plight, as well as Simon’s touching show of compassion, helped fund a YouCaring campaign for his medical bills, getting more than $10,000 above their goal.

As a result from the injuries to his back leg, Sammie’s leg will be a bit shorter than normal, but he’s on the mend. 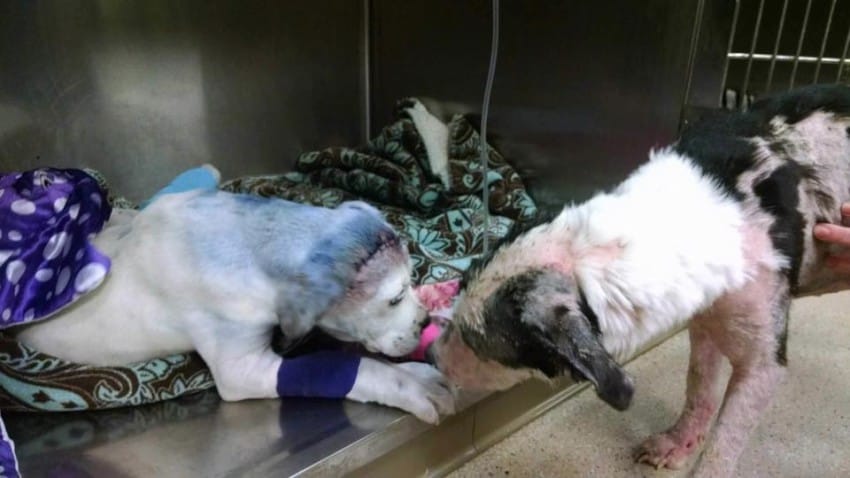 And throughout Sammie’s recovery, Simon was there to see how he was feeling. A victim of abuse himself, maybe the 1-year-old boxer mix could tell what Sammie was going through. Sammie’s recovery would be a long one, and it would be some time before he’d be ready to be adopted out.

Simon recovered from his mange and found a forever home in New Jersey. 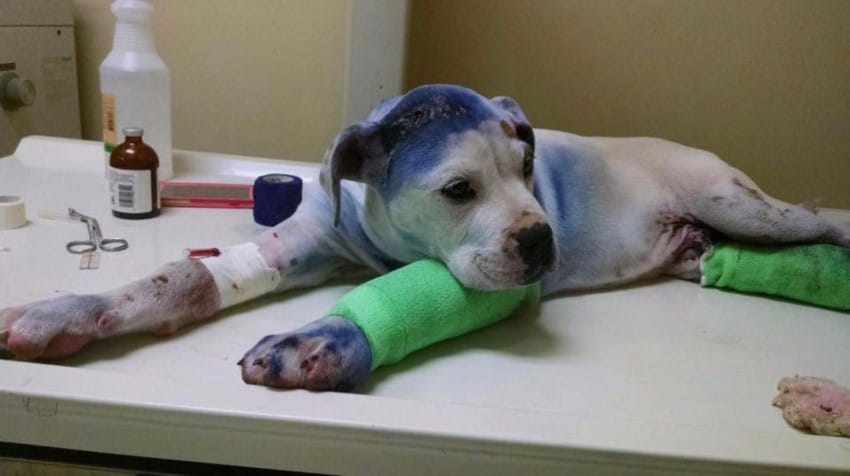 Rescue Dogs Rock NYC hopes that this story, even though it started off with some truly sickening actions, will not only have a happy ending for Sammie and Simon but will also make people more aware of the perils of animal abuse and inspire them to stand up and put an end to it.

You can learn more about the services Rescue Dogs Rock NYC provides on their website and Facebook. And although Sammie’s fund-raiser is closed now, you can still donate to make a difference in the lives of other dogs.