Sometimes, one tiny moment of your day can turn into something grand and life-changing. Just ask The Walking Dead actor Jeffrey Dean Morgan.

Many, many moons ago, Jeffrey stumbled upon a group of kids with a large box in Venice Beach, California.

Little did he know, a creature in that box would soon mean so much to him. Jeffrey approached the young children and asked about the puppies they were selling out of the box. At that moment, Jeffrey had to make a quick decision that would change everything.

Now, he is choosing to remember that one day from his past in a very special way.

Recently the celebrated actor got a mysterious tattoo on his right forearm. It’s not a picture of one of his characters, nor is it the name of a lover. However, it definitely represents someone he loved dearly for 12 years.

To find out more about Jeffrey Dean Morgan and his heartwarming story, keep scrolling — you won’t want to miss this! 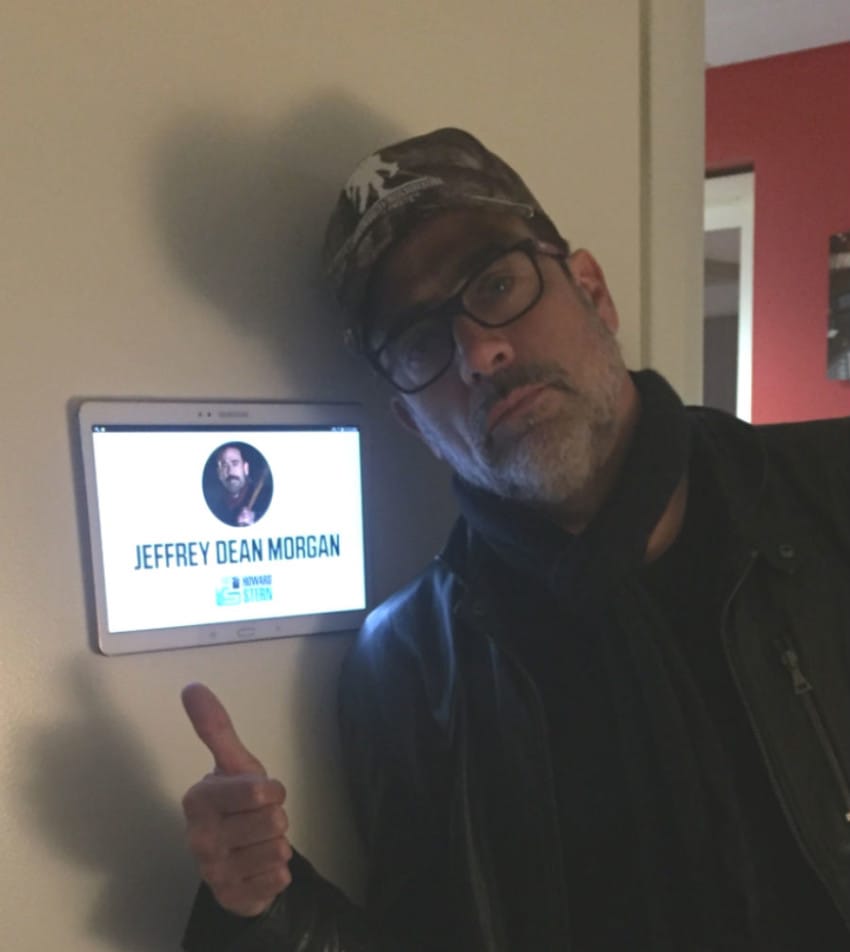 Jeffrey Dean Morgan is a beloved actor for many reasons. He’s charismatic, he’s attractive, and he has a lot of talent. Not everyone gets to see his sensitive side — until now. 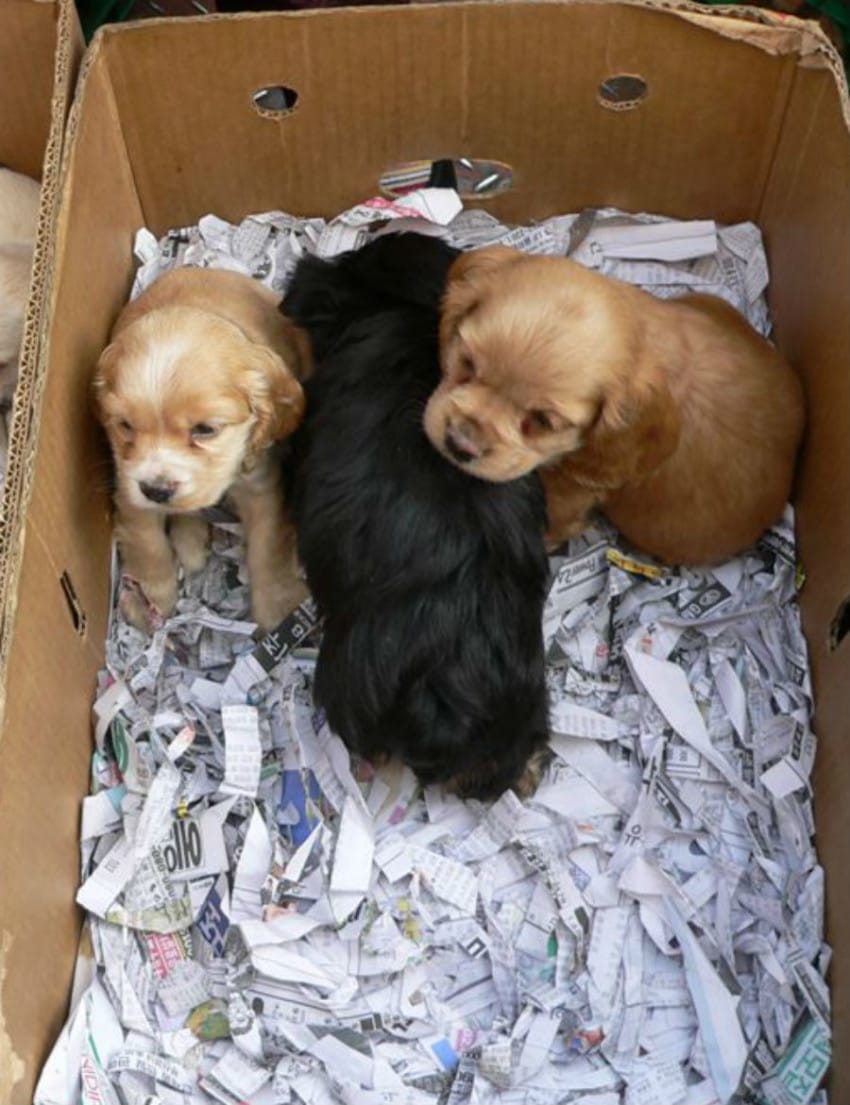 When the actor asked some Venice Beach, California, kids about the puppies they were selling, they said one would cost him $300. Then, he saw a tiny female puppy at the bottom of the box that hadn’t even opened her eyes yet.

According to MoviePilot, Jeffrey offered up $20, the only cash in his pocket, for “the one that’s not gonna make it through the day.” 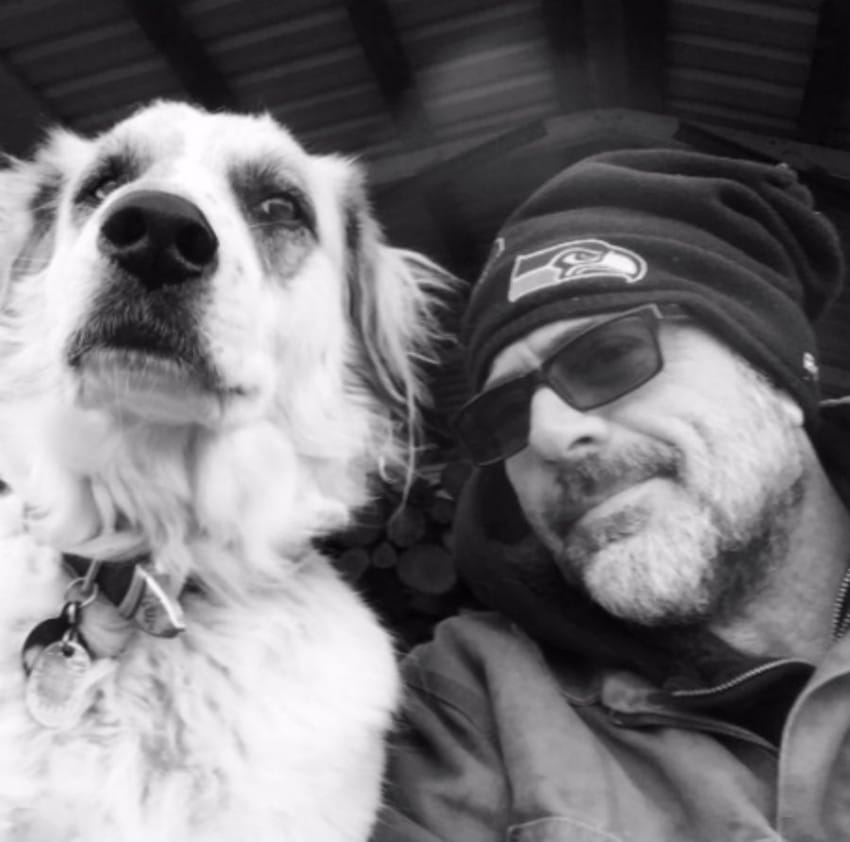 Jeffrey ended up taking the sick puppy home. He took her to a vet and didn’t think she would live another day. Little did he know, his new puppy was about to surprise everyone.

As the days passed, she got better and lived to meet his other pets, including Bandit pictured above. 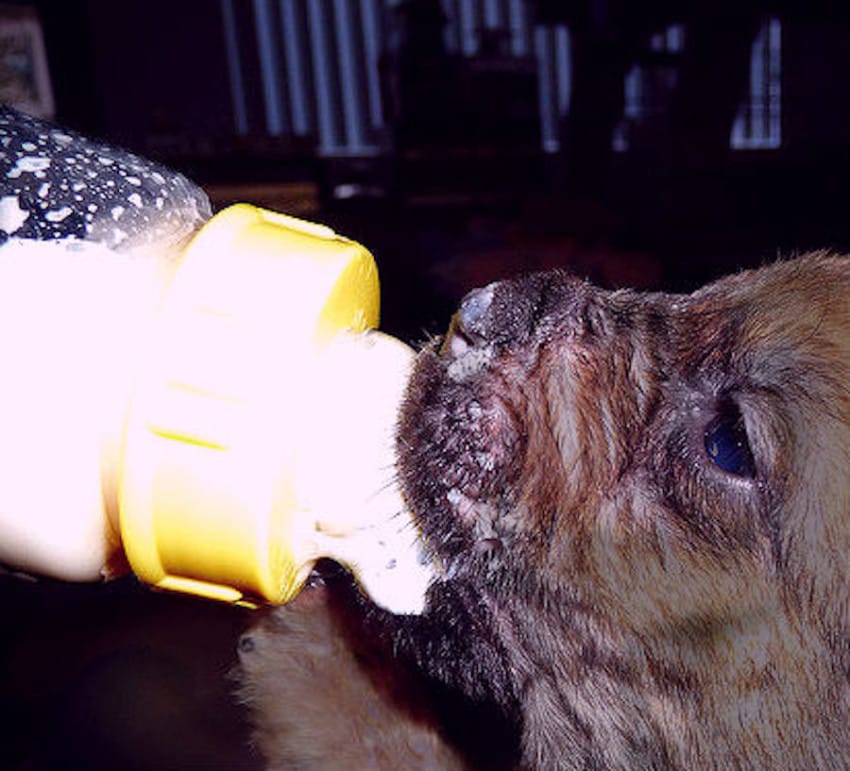 Jeffrey explained the situation to Bonnie Hunt on her talk show in 2009. He said, “I bottle fed her for a month, and she used to kiss her way around, which is how she got her name Bisou — it means ‘kiss’ in French.” 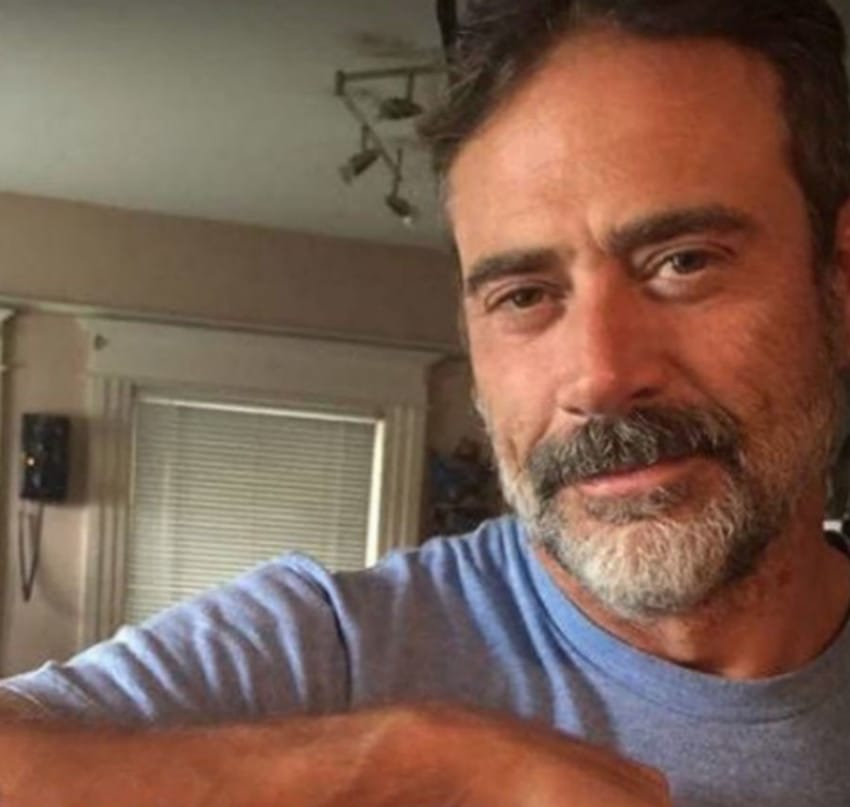 Unfortunately, after 12 long years with the dog that nobody thought would make it, Bisou passed away. Now, Jeffrey reveals the special way he’ll remember all of the good times and Bisou’s strong fight to live. 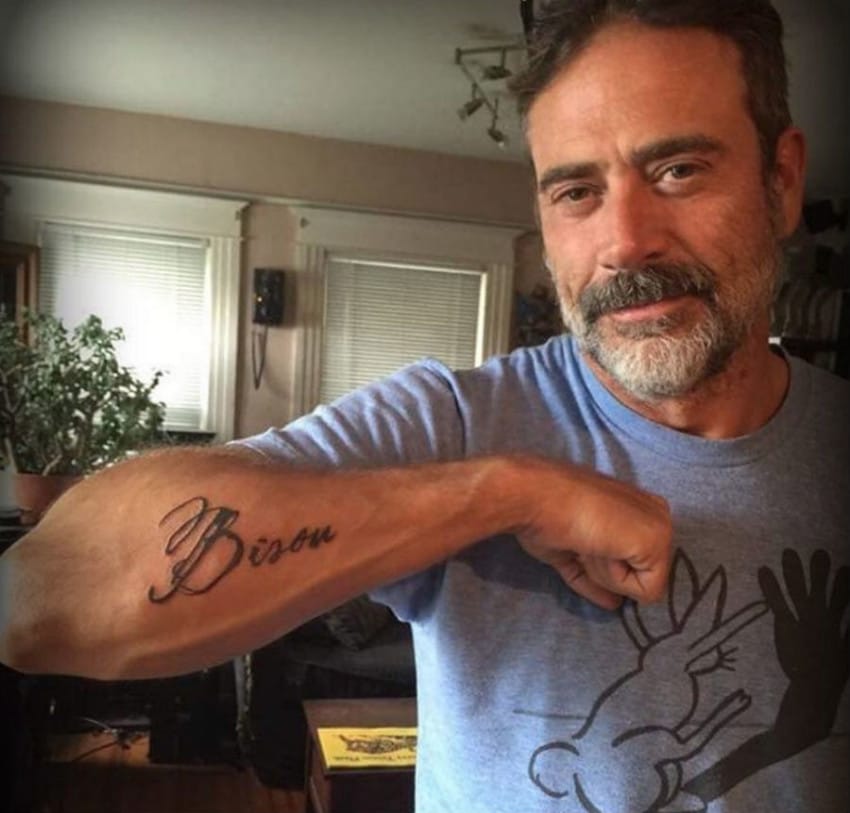 Written beautifully across his right forearm is the name of the frail puppy he saved so many years ago. Bisou will forever remain in his heart and on his body.