For nearly two years, Diamond, who is 9 and a half years old, has been waiting for her forever family in a city shelter.

Diamond arrived at the Town of Hempstead Animal Shelter in Long Island, New York, in April, 2016 after her former owners could no longer care for her, Diamond had lived with them since she was a puppy. 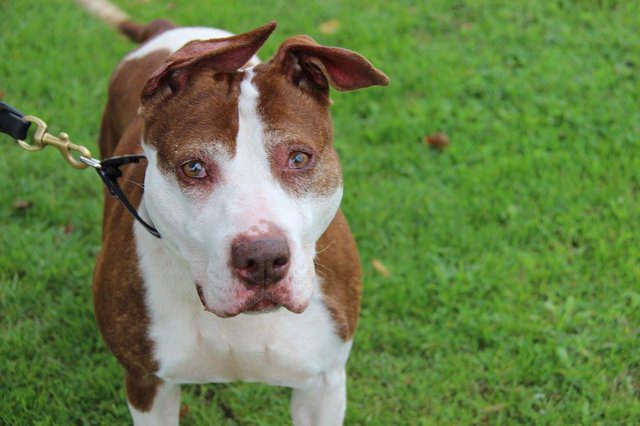 “The people who had her was an older couple, and they basically told us that they couldn’t take care of her anymore,” Melissa Fogarty, kennel supervisor at Town of Hempstead Animal Shelter said. “The woman was about 85. I know she was upset because she was trying to convince her two sons to take the dog, and they said they didn’t want her.”

Diamond struggled to adapt to life at the shelter like any dog accustomed to living in a home.

“When she first came in, she was very nervous, and she didn’t warm up to anyone very quickly,” Fogarty said. “She had a hard time in the kennel. She was barking a lot and jumping around her cage.”

The shelter volunteers took her for frequent walks and gave her lots of love and attention, and finally, after some time Diamond did start to settle down. 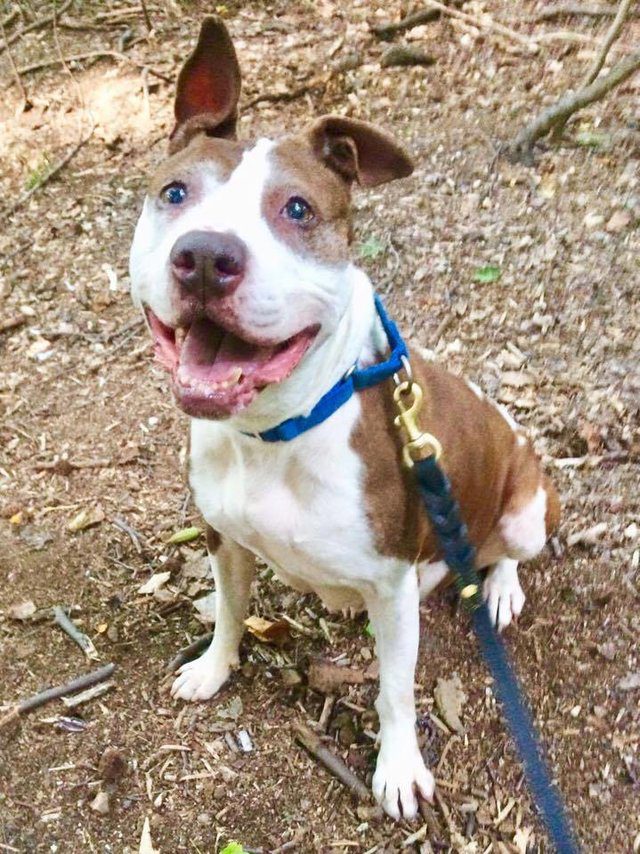 “She’s very sweet,” Fogarty said. “She’ll run up to you when you come into the room. She’s a very friendly dog. She knows all of her commands. She’ll sit there and give you kisses, and then wait for you to give her treats. I see her in our meet-and-greet rooms hanging out with our volunteers and just laying in their laps.”

However, a municipal shelter is still not an ideal place for any dog, and Diamond often seems sad, Fogarty explained. 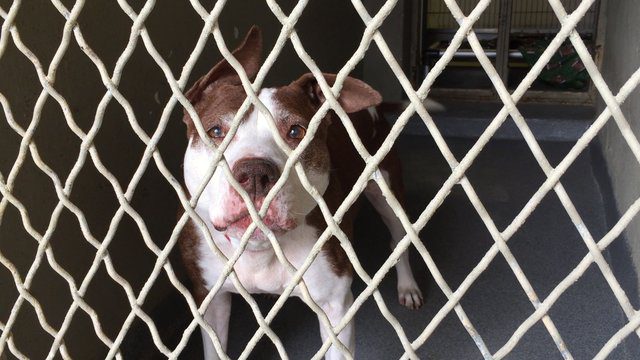 “It’s kind of a very crazy environment to be in, because all of the dogs are constantly around and dogs are barking, and there are lots of people coming in and out,” Fogarty said.

Most of the dogs at the Town of Hempstead Animal Shelter are pit bull mixes, and many have a hard time finding homes because of their breed, according to Fogarty. Most of the residents get adopted within six months. 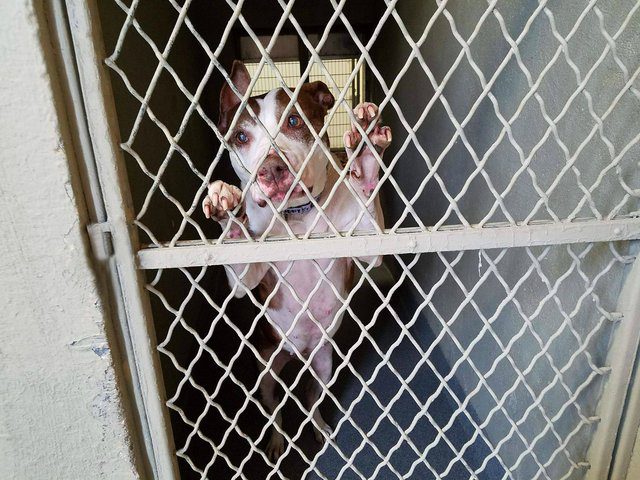 Diamond seems to be having a particularly hard time and is one of the shelter’s longest-staying residents.

“I think it has to do with that when people walk through this environment, they get very overwhelmed and see a lot of dogs barking and in their faces,” Fogarty said. “With Diamond specifically, she’s a large girl. She’s about 70 to 80 pounds, and not many people are enticed to take an older dog.” 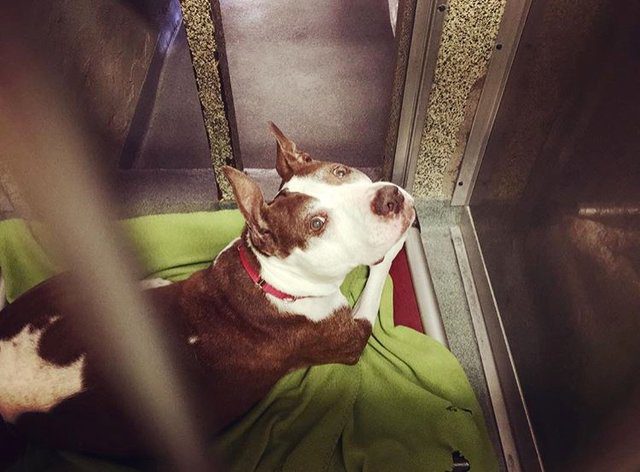 Diamond almost did find a home last year. “There was one woman who had adopted her and taken her home,” Fogarty said. “But the dog was a little too strong for her, and she didn’t do any training during those two weeks she had her, so it was just not a good match really.” 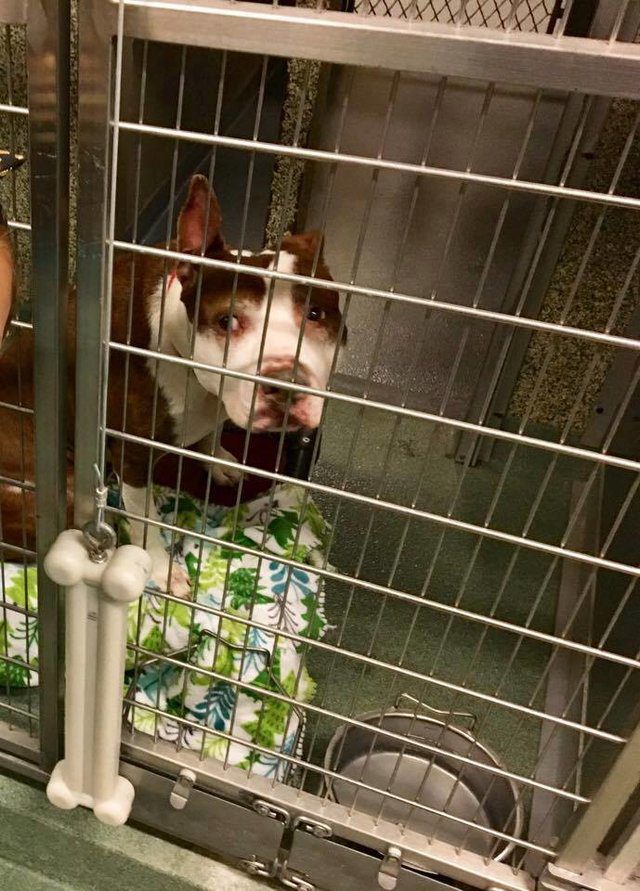 The shelter volunteers refuse to give up on Diamond and are more determined than ever to help her find the perfect place.

“[She needs] a family that is home pretty often because she is older, and she’s probably going to need a little bit more attention,” Fogarty said. “And a backyard that she can just run around in, and then just come inside and lay down.” 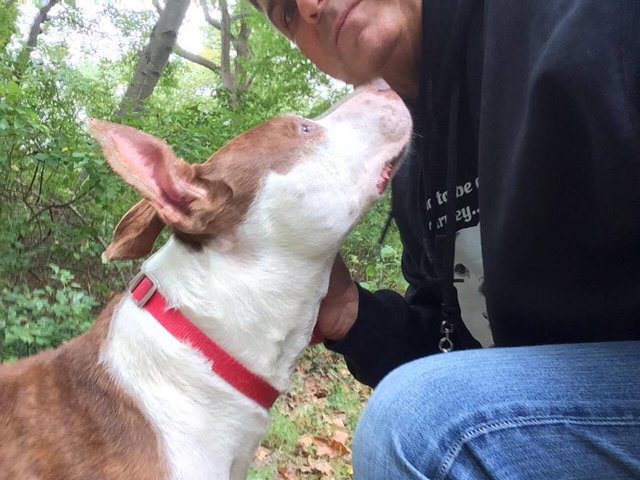 Despite Diamond being a senior, Fogarty says that she’s full of spunk.

“She does want to run around a little bit … and she still likes to play with toys,” she said. “It’s very funny when she does all of her commands. She gives her paw, she sits, she stays, she rolls around. So for being her age, she’s like the total package.” 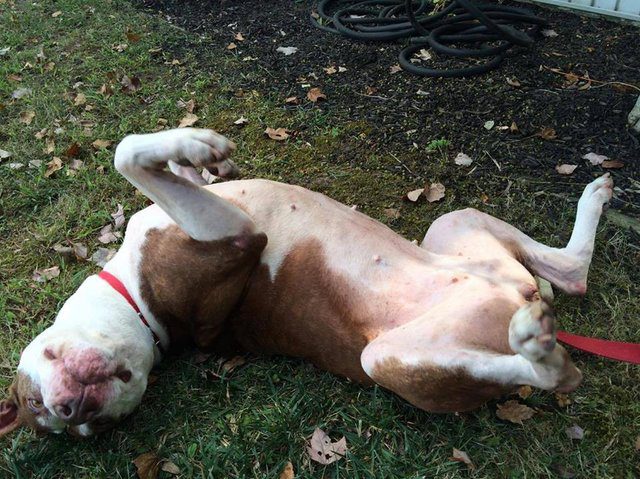 Fogarty is sure that she’ll make her new owners very, very happy when she does find a forever home.