For decades, there has been a debate over whether dogs or cats are the smartest pet.

However, new research shows that dogs are more intelligent than their feline foes. Experts proved that dogs have more than twice as many brain cells in a region linked with thinking, planning and other complex behaviors. 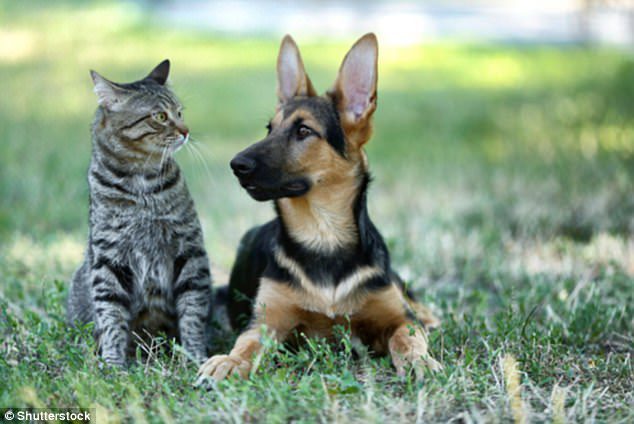 Experts found that dogs possess around 530 million cortical neurons, while cats only have around 250 million (stock image)

Researchers from Vanderbilt University in Nashville, Tennessee, say the number of neurons in an animal’s cerebral cortex is a hallmark of intelligence. The cortex is the largest layer of the brain and is associated with a range of complex behavioral characteristics.

‘I believe the absolute number of neurons an animal has, especially in the cerebral cortex, determines the richness of their internal mental state and their ability to predict what is about to happen in their environment based on past experience,’ study lead author Dr. Herculano-Houzel told Vanderbilt University’s news site.

The researchers then applied their intelligence theory to several carnivorous species and found that bigger brains do not necessarily mean more cortical neurons.

For instance, the brain of a Golden Retriever was found to have more cortical neurons than a brown bear despite being three times smaller.

In terms of brain size to cortical neuron ratio, one of the most intelligent animals is a raccoon.

Raccoons have a brain the size of a cat but have a cortical neuron density similar to that of a dog. 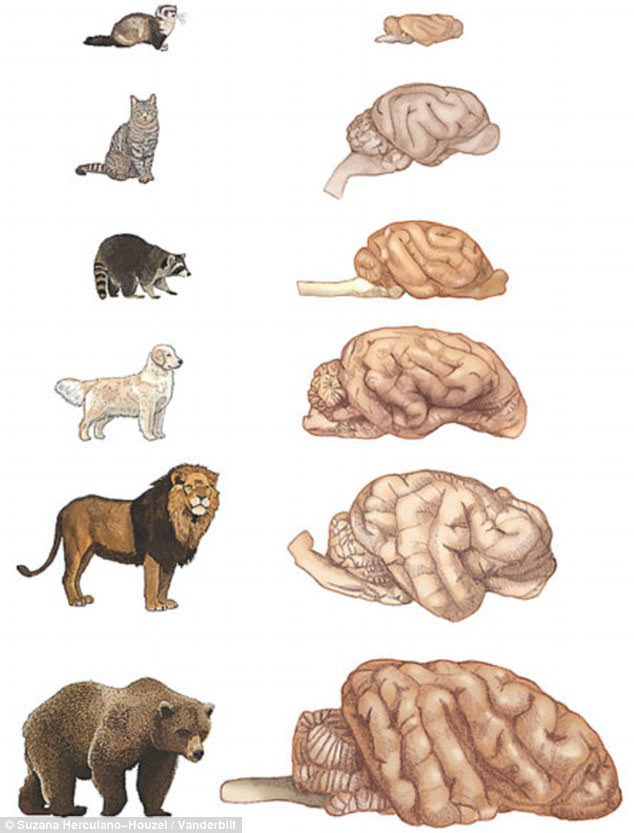 The researchers say the number of neurons in an animal’s cerebral cortex is a hallmark of intelligence. The brain of a Golden Retriever was found to have more cortical neurons than a brown bear despite being three times smaller. Pictured are relative animal brain sizes

‘Raccoons are not your typical carnivoran,’ Dr. Herculano-Houzel said.

‘They have a fairly small brain but they have as many neurons as you would expect to find in a primate … and that’s a lot of neurons.’

The team warns that their study doesn’t conclusively show that dogs are smarter than cats.

Dr. Herculano-Houzel added: ‘At the least, we now have some biology that people can factor into their discussions about who’s smarter, cats or dogs.’ 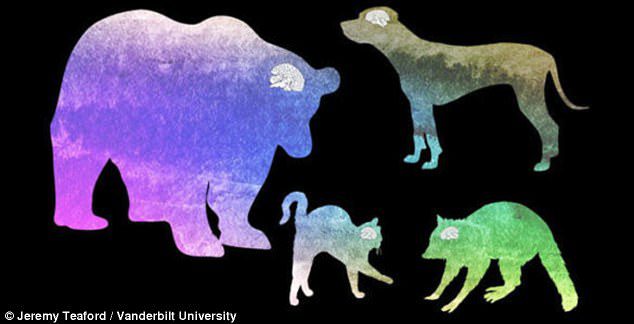 Experts showed that dogs have more brain cells in a region linked with thinking, planning and other complex behaviors. The researchers measured the relative brain size and neuron numbers of several carnivores, including dogs, cats, raccoons and the brown bear (pictured)