Hope For Paws Rescue heard about Tarzan, a stray pit bull who was living in the thick pointy brush near the freeway in Corona, California. It was thought that he had been living there for over a month, and though many people tried to save this boy, they were unable to catch him. 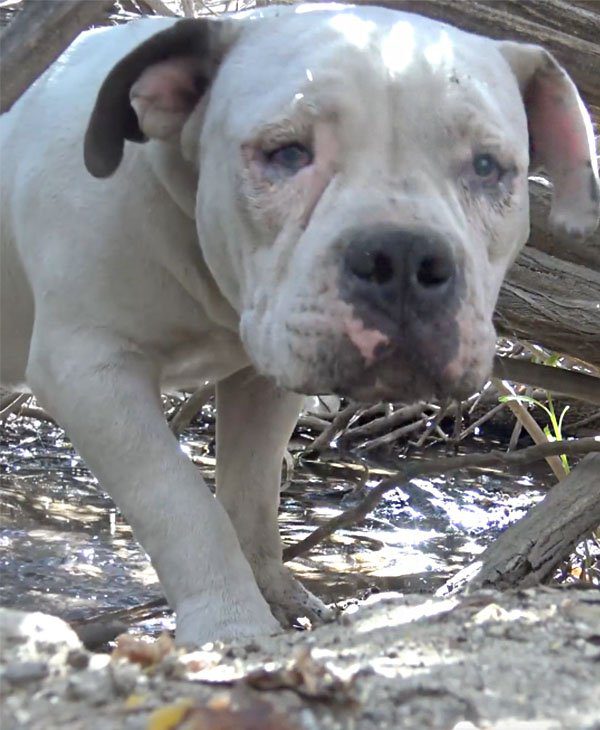 Two members of the rescue team, Lisa Arturo and JoAnn Wiltz, stepped in to try and save Tarzan! When they arrived on the scene, they were armed with burgers and tried to lure the gentle Bulldog mix from the area he was hiding. They were eventually able to leash Tarzan and remove him from the desert hell he was living in. 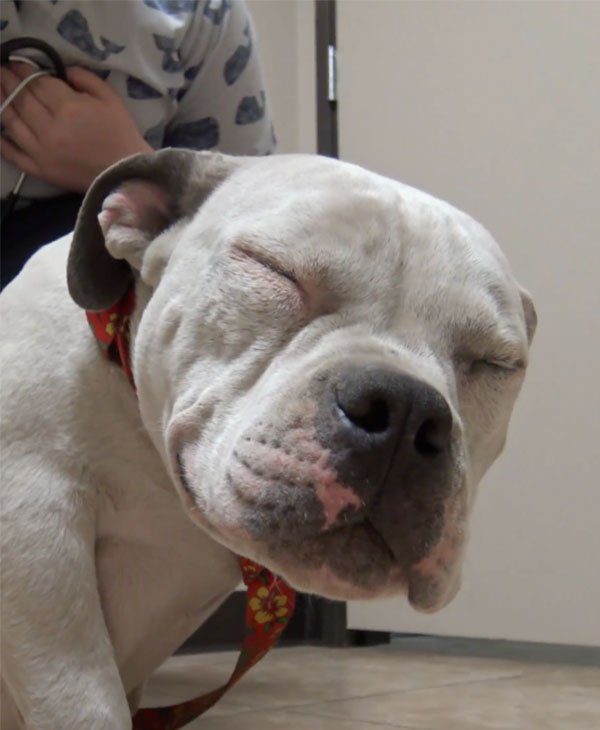 When they finally did get Tarzan out of the brush, he decided he did not want to walk anymore. The rescuers had to carry him over the rough terrain to the car. Tarzan was such a smiley boy at the vet when he received scratches! Tarzan is now living in a great foster home with other dogs to play with and people who love him while he waits for a forever home!