While Lacey and Audra Wheeler were driving home one day, they saw what looked like a baby deer wandering along the side of the highway. When they got closer, they realized the animal wasn’t a deer, but a dog, desperately searching for food. They could see that she was either pregnant or had just given birth, and knew immediately that they had to help her.

“We found an exit and turned around and went all the way back,” Lacey Wheeler said. “When we returned we didn’t see her but heard her barking at us from down in the ditch/creek.” 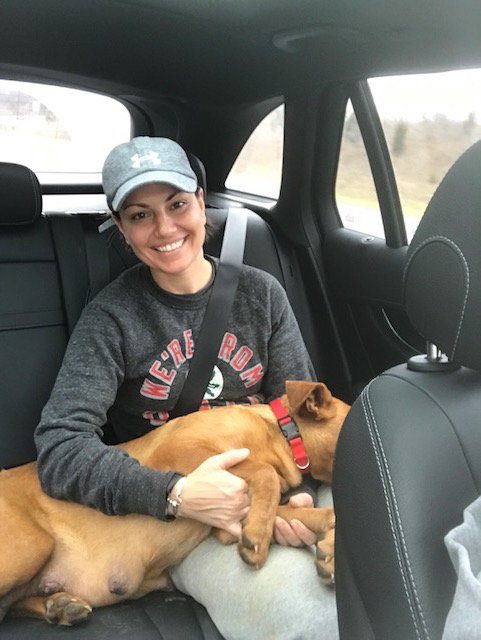 The couple then followed the dog’s desperate bark into a creek and discovered that she had been trying to lead them to her puppies.

“She had three adorable puppies walking through the water in the creek and FREEZING,” Wheeler said. 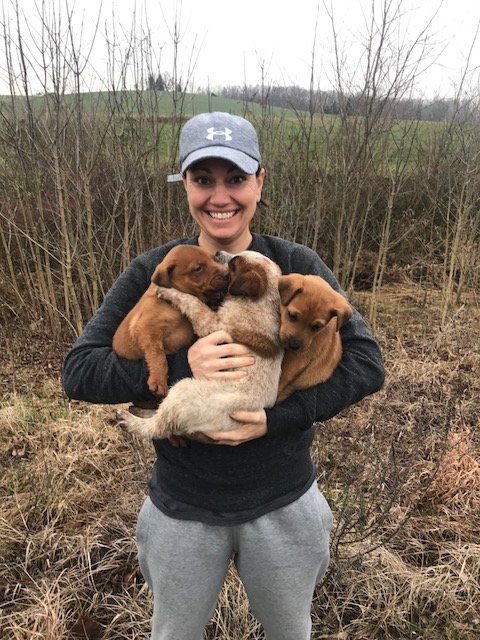 The couple quickly scooped up the three puppies and were able to lure the mom dog back to the car with them. They knew the pups wouldn’t survive out in the cold for much longer, and after the little family warmed up in their car for a while, they drove them all home and decided to care for them as long as they needed to. 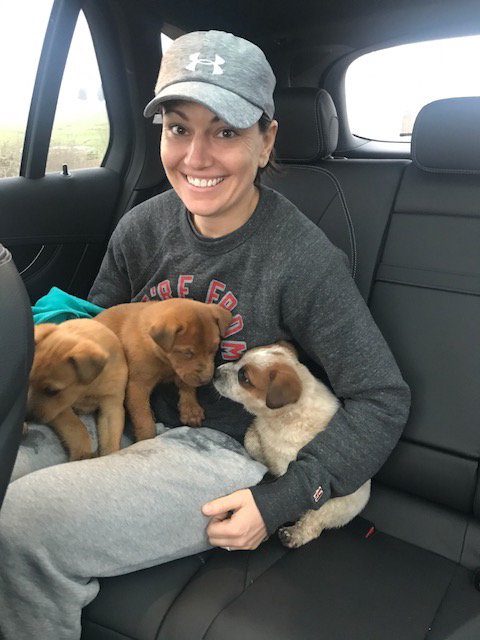 “We would almost bet money these poor things were dumped there,” Wheeler said. “No way they had survived since birth out there in that weather and right off the highway in the middle of nowhere.” 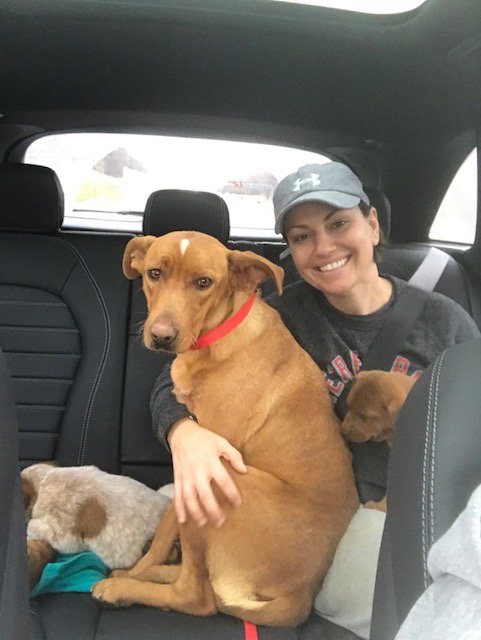 The couple named the puppies Louie, Cinci and Indy, and the mom Red. The mom dog and her puppies are all doing well now and the couple worked with Columbus Dog Connection to find a foster family for them. The couple, unfortunately, could not foster the whole family themselves, because their own dog doesn’t do well with other dogs. The little family will stay with their new foster until the puppies are old enough to go off to their forever families. 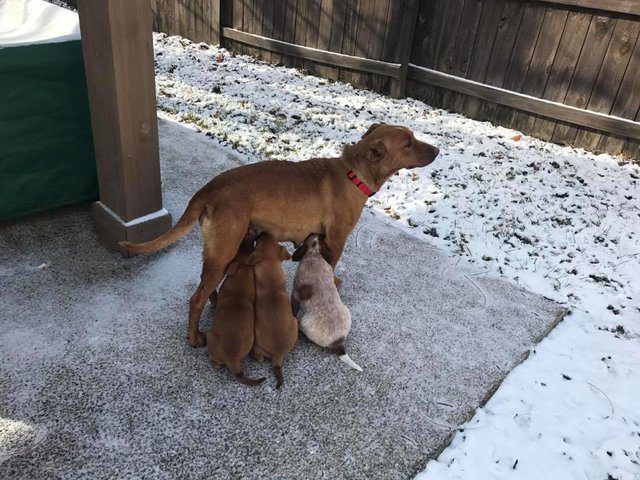 Had this couple not decided to pull over and check on the dog they spotted, she and her puppies might not have made it out there all alone in the cold. Now, they’ll all soon have families of their own.

“We love them so much,” Wheeler said. 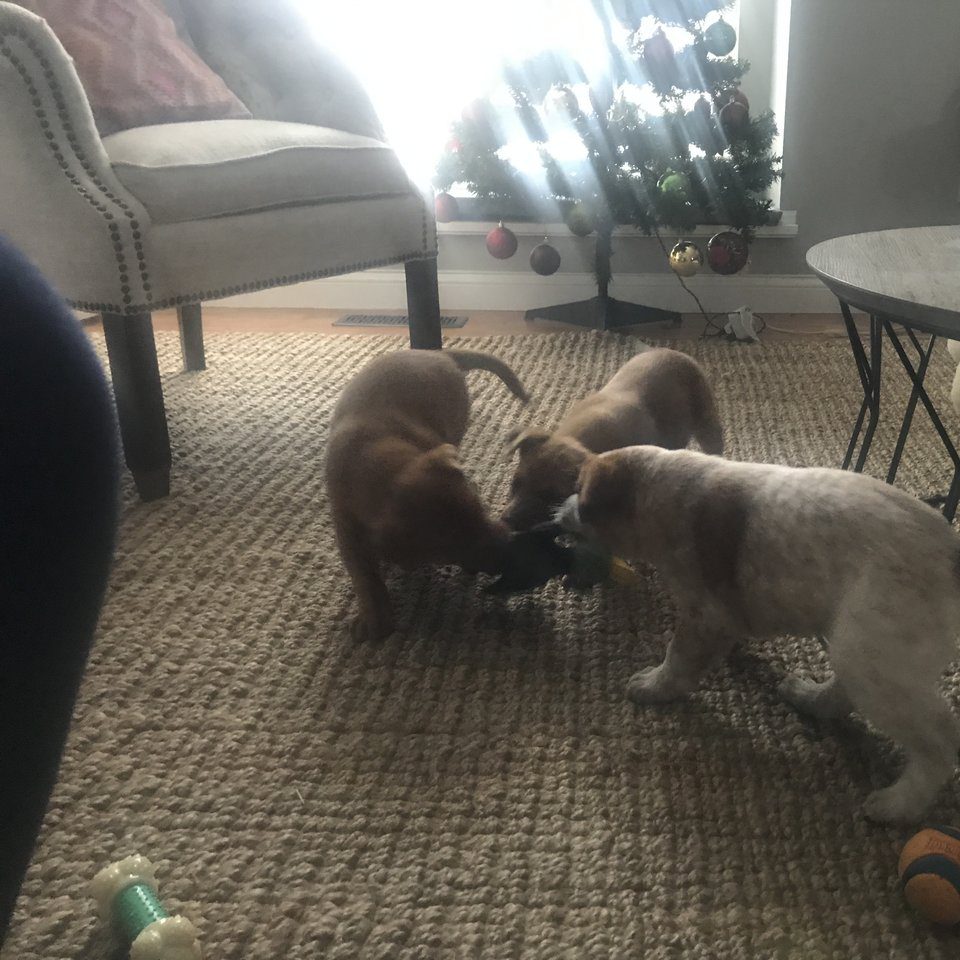