The police in Auckland, New Zealand received a call about a “small orange and white ball of fluff” possibly causing accidents on the Southwestern Motorway.

Police rushed to the scene and found the cause of the disruption: a tiny kitten huddled against a concrete barrier. 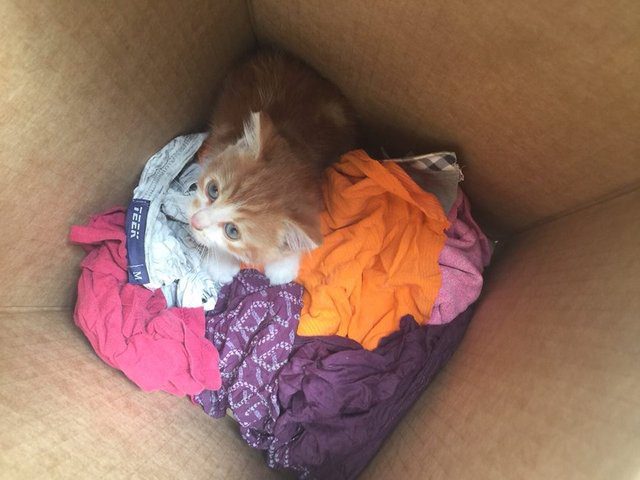 “Unfortunately she was spooked by the approaching officer and quickly bolted across three lanes of live traffic,” police said on Facebook. “She narrowly avoided the worst.”

The poor kitten was now trapped on a small strip in the center of the freeway. At that point, police had no choice but to temporarily close the entire highway down. They had to take the extra precaution, and they were able to wrangle the kitten and bring her to safety.

“In all, it took a little over a half an hour for them to get her,” Shelley Nahr, media coordinator for the department said. 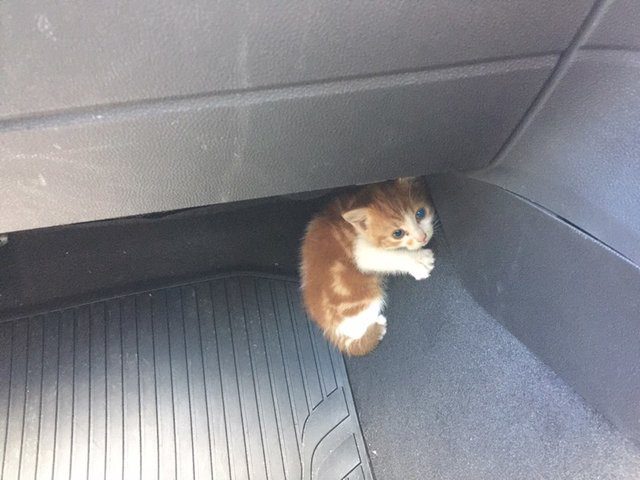 The little kitten was not done wreaking havoc.

After the officer put her into his patrol car, he noticed the kitten wasn’t anywhere in sight.

“He searched high and low and found nothing,” police said. “Until he heard the faintest meow coming from the dashboard.” 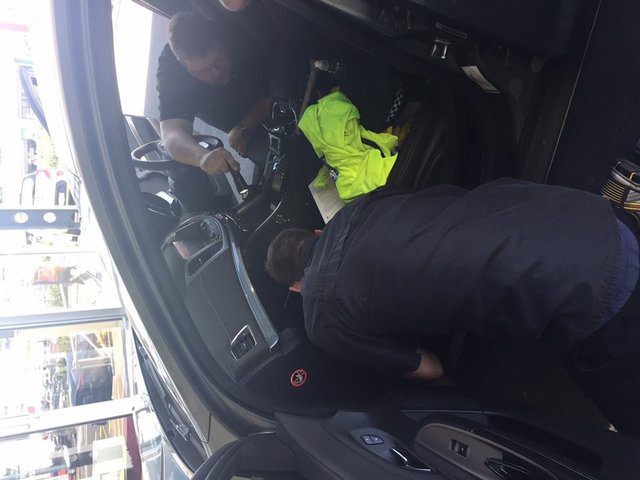 Mechanics looking for the kitten

Somehow, the kitten had crawled up under the dashboard. The local mechanic had to come to the rescue her for the second time in one day.

He had to remove the entire dash from the patrol car when the mechanics found the kitten tucked around a heating fan. 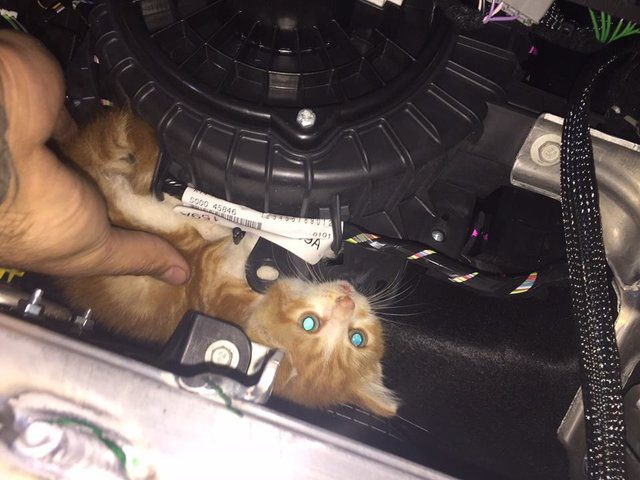 And for her third stroke of luck for the week, the tiny kitten landed herself a forever home after the whole ordeal. Glenda, the dispatcher who took the original 911 call about the cat,  decided the kitten would make the perfect addition to her family.

“She now lives with her new owner and her three daughters,” Nahr said. “They have a bulldog named Dobby, so they named her Winky as that is the elf’s best friend’s name in the ‘Harry Potter’ novels.” 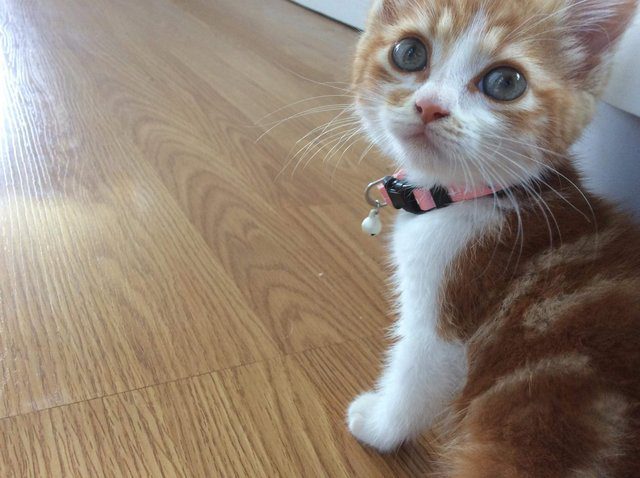 Winky arrived with fleas and cat flu but is now doing well on antibiotics and is expected to make a full recovery.

Dobby and Winky are becoming the best of friends. 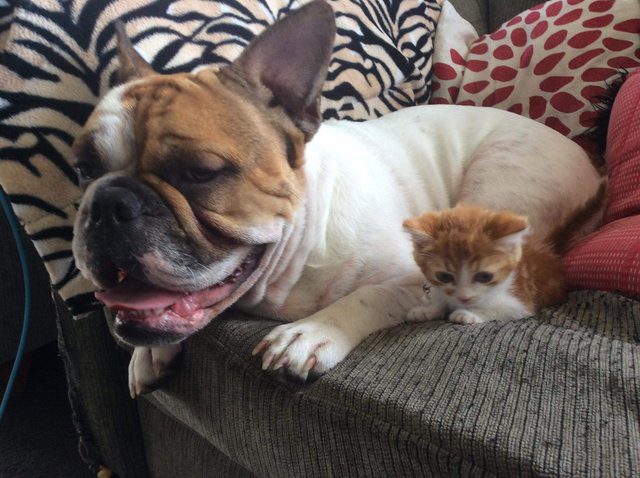