Pickles was just a baby when his parents drove four hours to rescue him from a flooded farm. He was sick when they first brought him home, but he recovered quickly and evolved into a silly, lovable pig. Pickles’ personality began to develop and his parents noticed he loved playing with dogs — especially one kind of dog in particular. 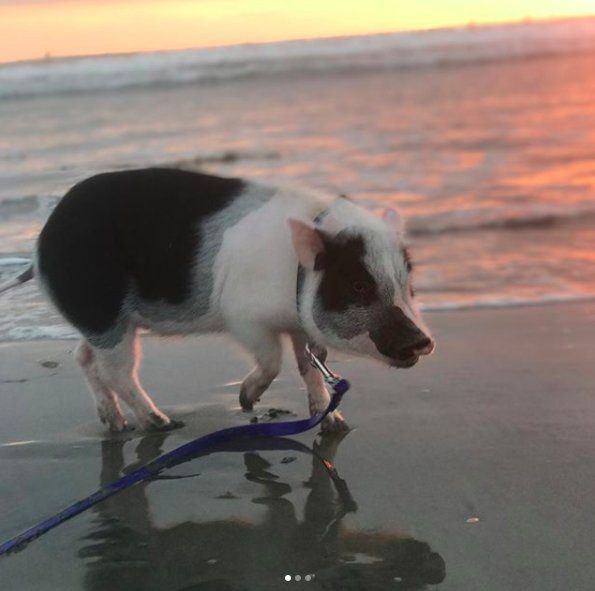 “We noticed that Pickles really gravitated towards Frenchies,” Maddie, Pickles’ mom said. “I think it’s because they also have a pig-like build, make similar noises, have no shame, etc. Our neighbor has one and would bring him over.”

Because Pickles enjoyed playing with French bulldogs so much, they decided to welcome one into their family. Pickles had a brand-new little brother named Dill. Their parents hoped the pair would grow to love each other. They had no idea that they would become best friends almost instantly. 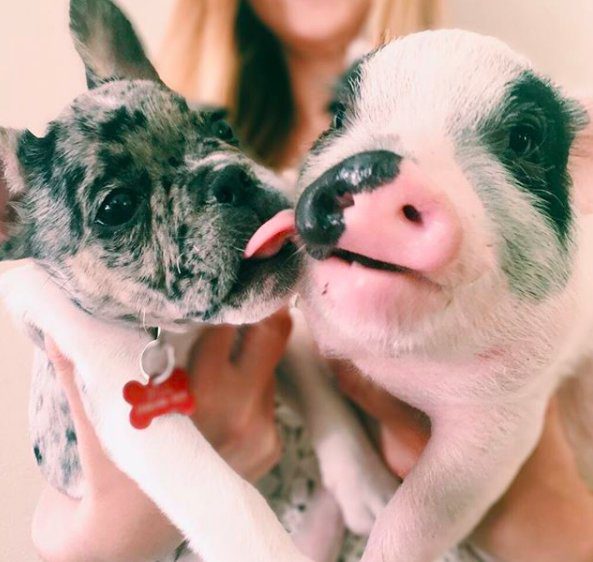 “Dill and Pickles got along right away,” Maddie said. “It was such a sweet surprise to see how much they actually liked each other! We catch them cuddling all the time. Dill’s actually a really good brother to Pickles. He’s very protective. He stands up to the big dogs if they ever try to chase Pickles. It’s really sweet.” 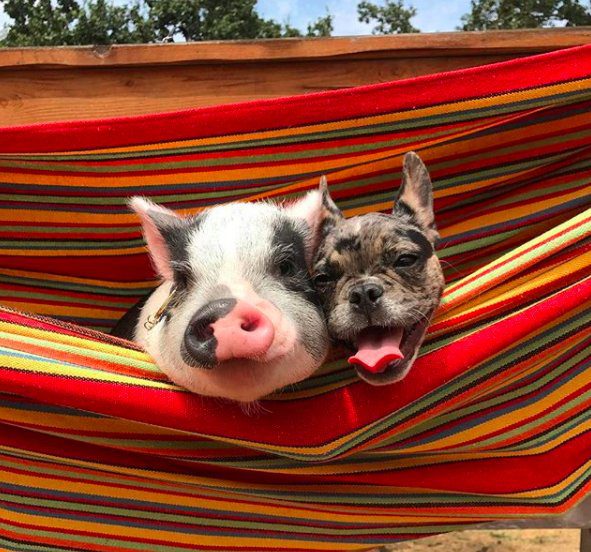 Dill and Pickles absolutely adore each other, and now they do everything together. From cuddling… 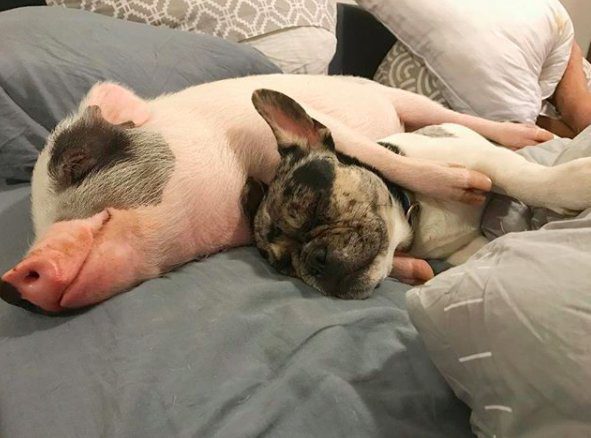 …to romping around on the beach… 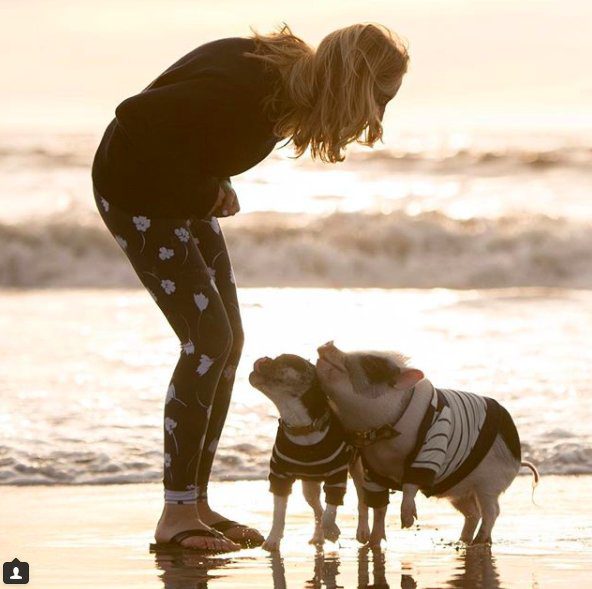 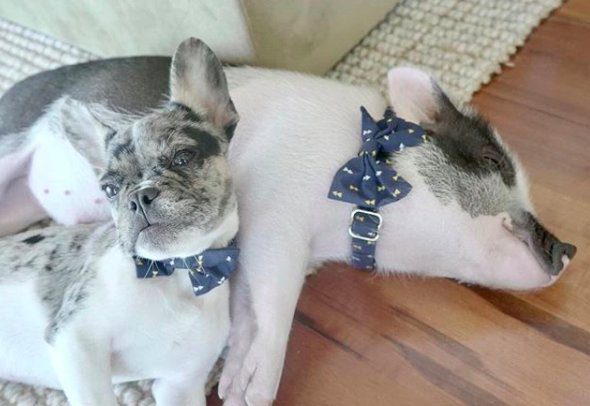 …to just being silly, these unusual brothers are always, always together. 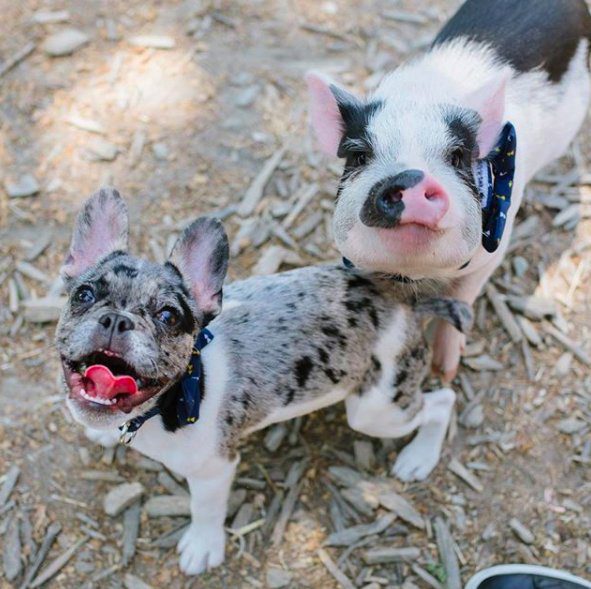 Dill and Pickles, are clearly a little different. While one is a pig and one is a dog, Frenchies definitely have some piglike qualities.

“I’m pretty sure Dill thought he was a pig when we first brought him home,” Maddie said. “He would look to Pickles as for how to behave. He’d be standing there next to Pickles trying to graze on our grass and look adorably awkward and unsure of himself/the taste of grass. It’s like he knew something was off but just wanted to do what his big brother was doing.” 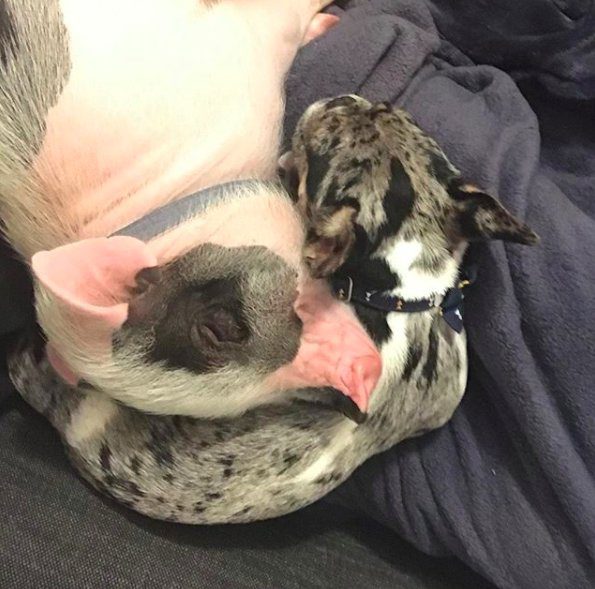 Dill and Pickles have learned to embrace their differences. Pickles is a little braver than his younger brother and loves a lot of things, such as water and swimming. He helps his little brother overcome these fears every day. 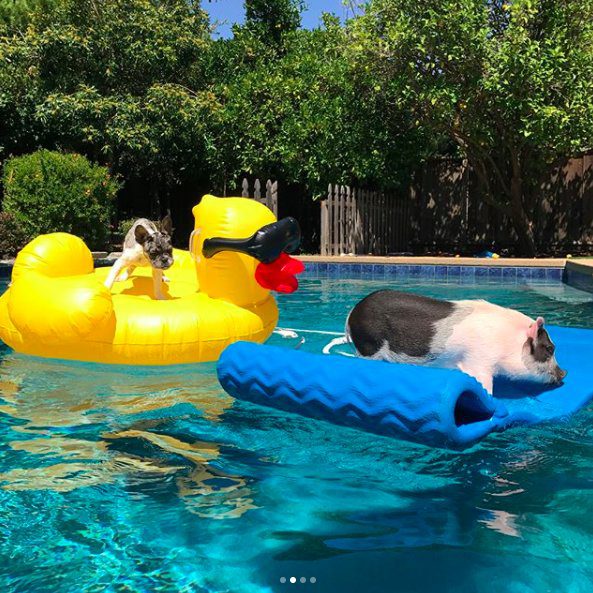 Dill and Pickles may be an unusual best friend pair, but they love each other so, so much, and that’s what matters in the end. 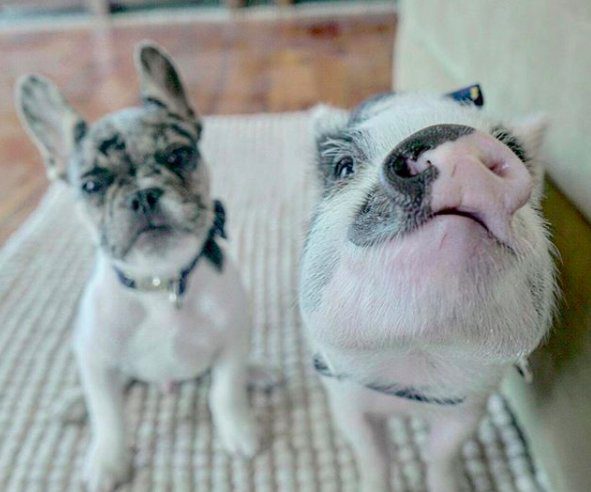