It’s both heartbreaking and angering to think that there are actually people out there in the world who would bring pain and suffering to something as beautiful as their pet dog. These animals are absolutely obsessed with their humans, so to take advantage of that purity and to do something as pointlessly cruel as abandoning them is one of the meanest things someone could do.

Bambi and Booboo were driven to a busy parking lot down in Florida. They were taken out of the car and dropped on the pavement, and they remained there for what must have seemed like forever. The two dogs had already formed a strong bond with each other, and no matter what happened, they refused to leave each other’s side. They stayed in the same spot, probably hoping that their human would come back to pick them up, but that never happened.

Thankfully, for all the bad people out there, there is a majority of people who actually love dogs and will do whatever it takes to help them. Soon enough, a team of amazing rescuers came to make sure these puppies were taken in and given a good home! But before that, you have to catch them! Catching one dog is hard enough, but to capturing two who refuse to leave each other? That’s going to take some dedication!

It took some hard work, and a lot of worries, time, and money, but soon enough, this “boyfriend and girlfriend” were on their way to a forever home filled with love and respect! 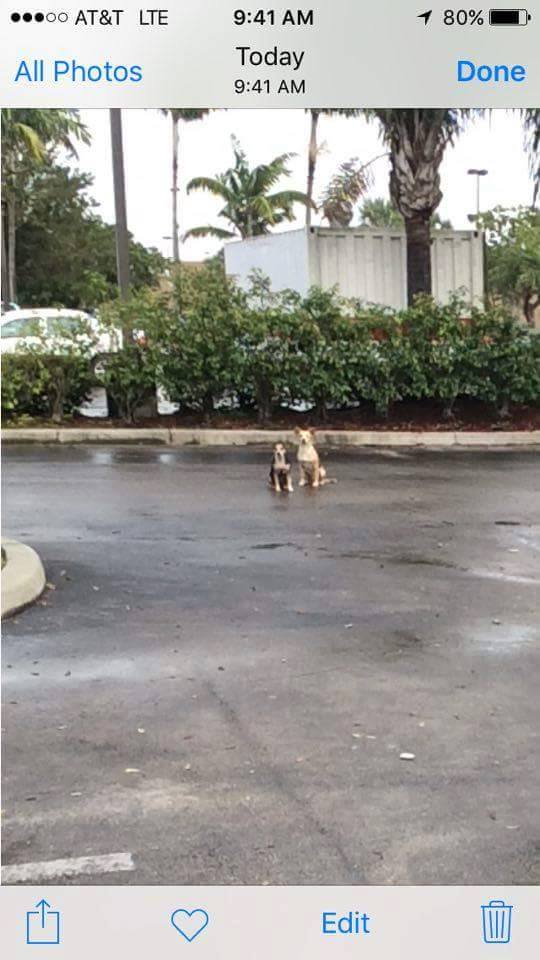 Booboo and Bambi were spotted in a busy parking lot. It seems that the human who didn’t love them anymore at least wanted someone else to find them. No matter what the rescuers did, it seemed that this boyfriend and girlfriend couple refused to leave each other’s side.

It took a lot of work, but eventually, the male was caught in a trap, which caused the female to run away in fear. 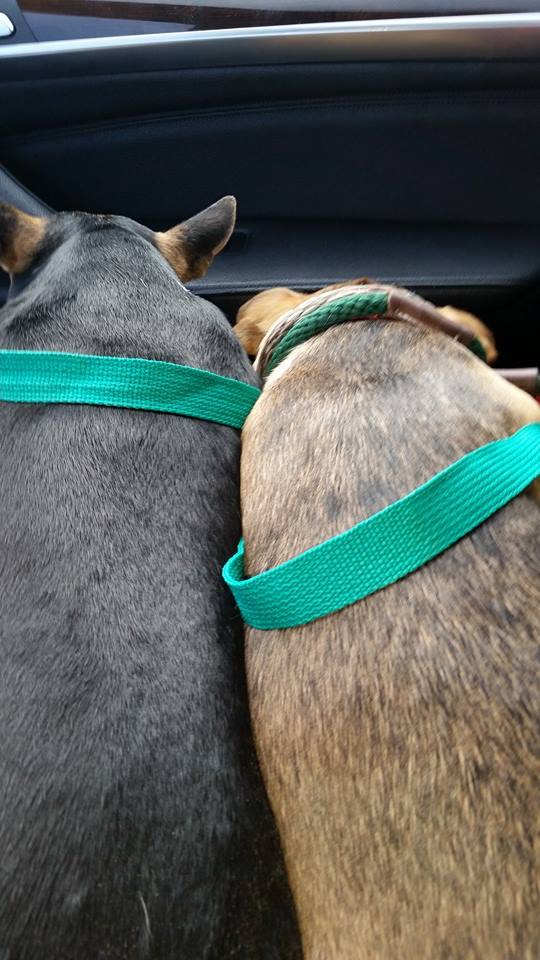 Thankfully, after a long night of failed searching, the rescuers decided to bring the boyfriend back. They placed him in the passenger’s seat and waited. Nearly instantly, the girlfriend showed up and slowly began to approach the car. 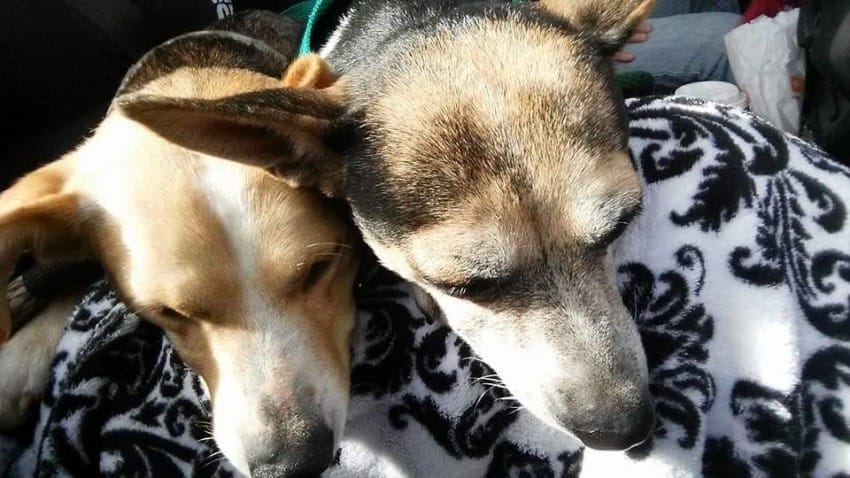 These two were in such desperate need to be back together that she actually jumped into the car all on her own. These animals are well behaved, very sociable, and flat-out sweet. To abandon them in a parking lot is pretty awful, but thankfully, they’re safe and happy!

It seems that the only way they’ll find a new forever home will be if their new human adopts them both, but after watching the video below, something tells me that’s going to happen pretty soon!