Daya, a pregnant dog, ended up in a South Carolina public shelter after she was found wandering the streets. Because the shelter was overcrowded, and Daya was at risk of being euthanized. The Halfway There Rescue arranged for a foster home where she could comfortably deliver her nine puppies.

When her rescuers brought the 3-year-old dog to the vet for a checkup, they had heartbreaking news. 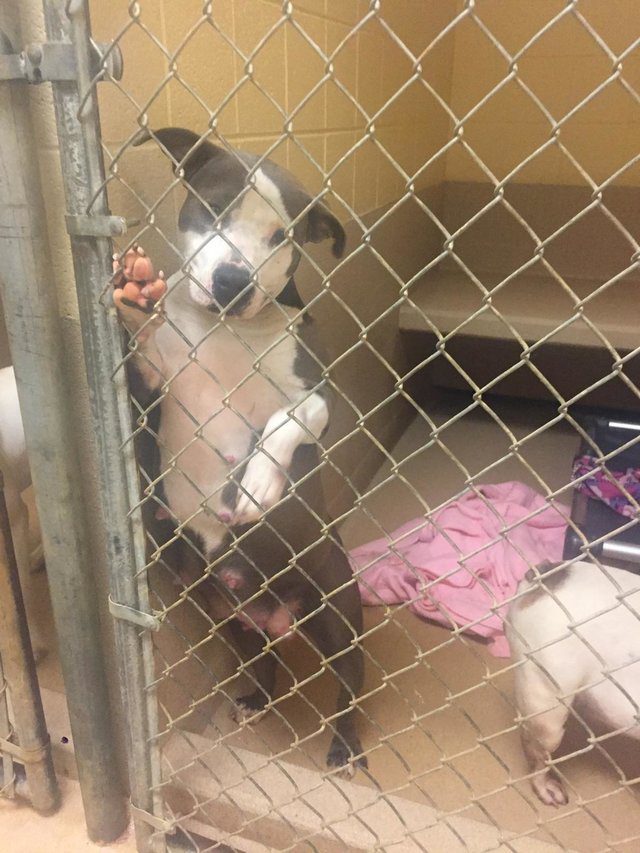 Daya at the shelter

“X-rays showed no evidence of living babies,” Jennifer Werner, a volunteer for the rescue said. “Her nine puppies were in the process of being absorbed by her body. This had caused a severe infection in her uterus that required emergency surgery within an hour of her arrival at the vet hospital.”

Although the surgery saved Daya’s life, it was obvious she wasn’t handling the loss of her unborn puppies well. 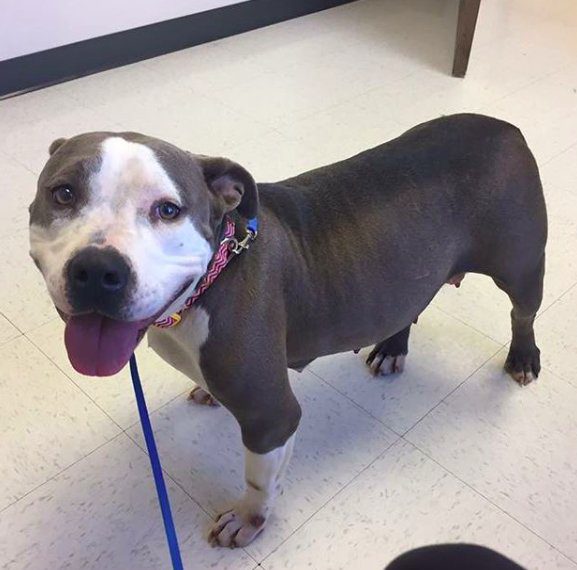 Daya’s motherly instincts were still in full swing as she settled into her foster home. She would pick up toys or socks and lie with them as if they were babies. She carried them everywhere she went, desperate for the comfort of having something to take care of.

“She had a wonderful home to recover in, but her instinct had taken over with nowhere to direct her energy without her puppies,” Werner explained. “While everyone at [the rescue] was so happy that Daya had made it through surgery, we were heartbroken that she was missing her babies. She didn’t understand what had happened to them.” 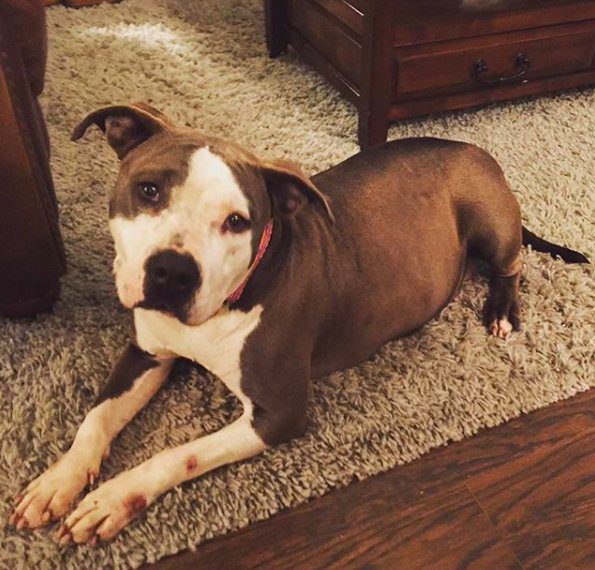 Only a few days after Daya’s surgery, the rescue received a call about a female puppy who had been abandoned on the side of the road. The poor girl had parasites and skin infections when she was sent for emergency surgery to remove one of her eyes, which had completely ruptured.

Now, she needed a mom. 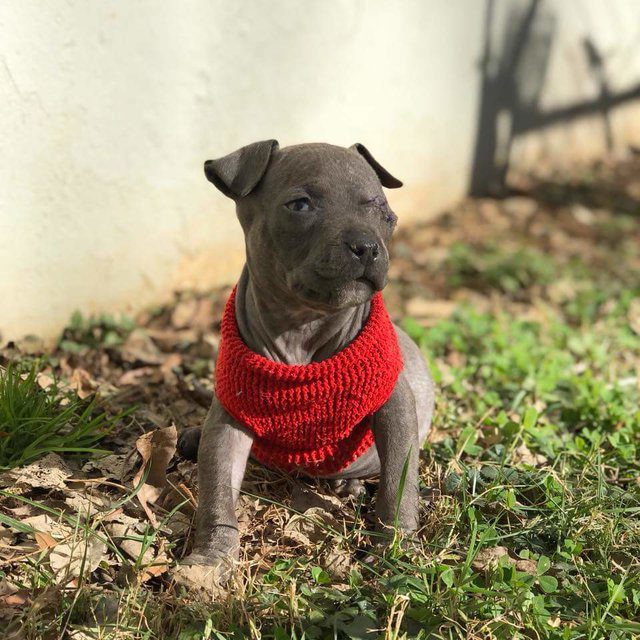 “Everyone knew that the puppy could survive with human intervention alone, but we had hopes that she could have the mama she was missing,” Werner said.

The vet team named her Raisin and brought her in to meet Daya. In just a few hours, they bonded so strongly they wouldn’t leave each other’s sides. 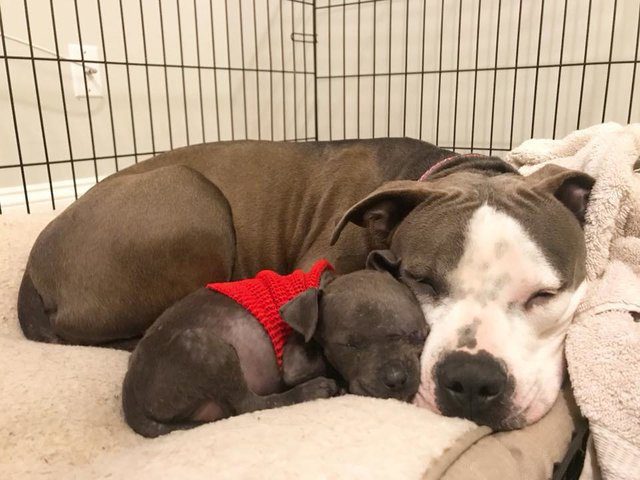 “They were snuggled up together and it was obvious a relationship was forming,” Werner said. “Even though the two were not related, they served a need for each other that would lead to an incredible bond.” 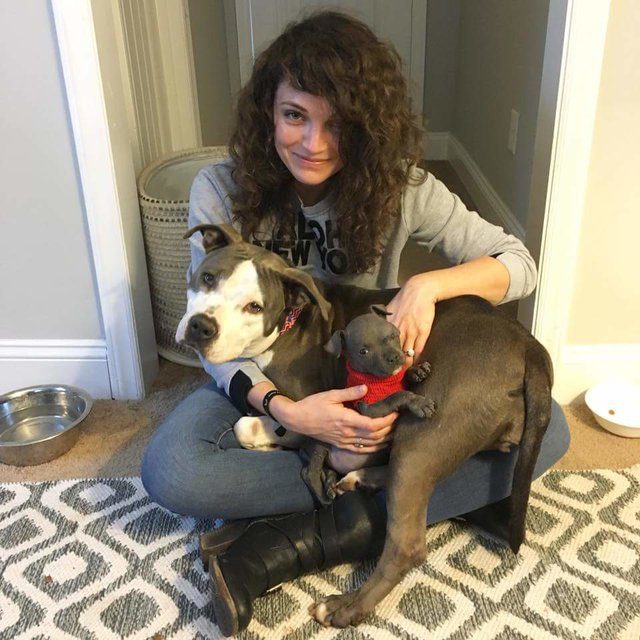 Since the day they met, Daya and little 6-week-old Raisin haven’t strayed very far from one another. They love to snuggle when they nap and hang out in the sun. While they continuing to heal from their surgeries together, both will soon be available for adoption. 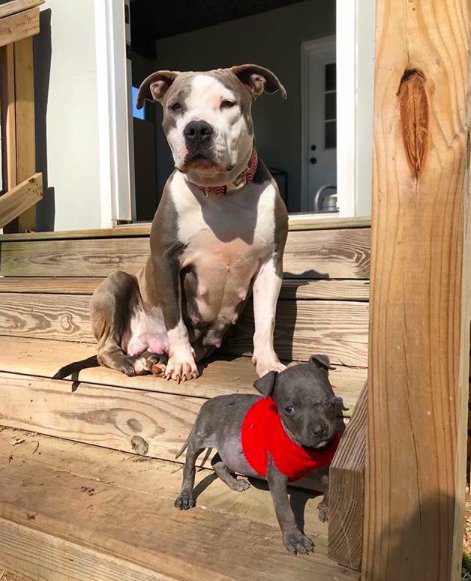 “They’re still recovering from medical issues like mange at their foster home, so they’ll be there for several more weeks,” Werner said. “With the help of the veterinary staff who would not give up on [Raisin] and the rescue who made sure Daya was able to leave the shelter, these two will forever share a bond.”