Four-year-old Flynn the dachshund loves finding things to play with around the house, and not just dog toys. Flynn has become quite skilled at stealing things that don’t belong to him. 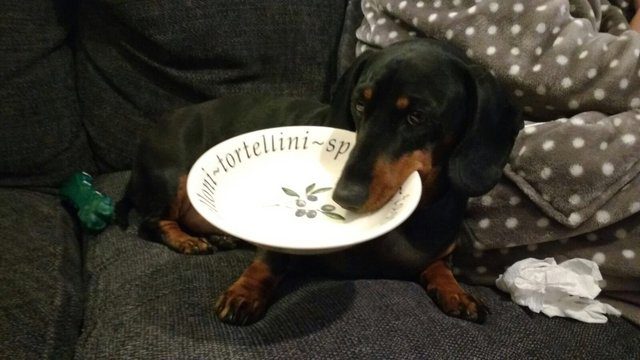 “He loves the challenge of taking things he’s not allowed to have,” Francesca Emmingham, Flynn’s mom said. “It started when he was a puppy, but [he] never seemed to grow out of it.”

Some of Flynn’s favorite stolen treasures include forks and spoons, bowls, cutting boards and Tupperware. Once he confiscated the stolen treasures, he proudly sits and shows off his new find. 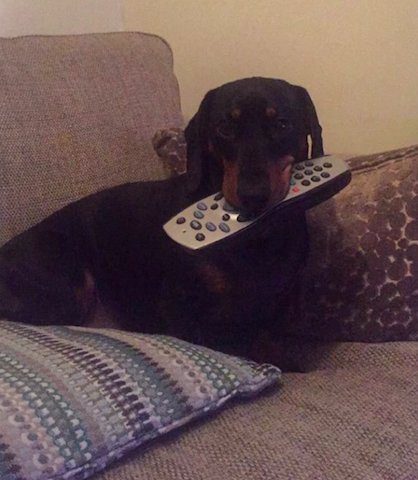 “If my mum is loading up the dishwasher, he will quite simply take whatever he can get,” Emmingham said. “If anything is placed below table height, he will take it.” 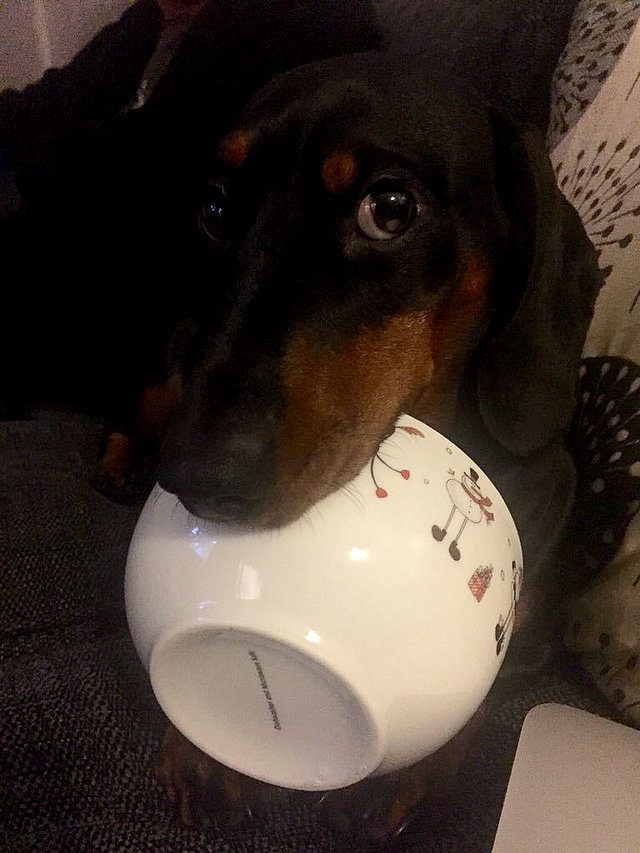 Flynn’s prizes also include the TV remote, several blankets and a candle in a glass jar. Except for chewing on the cutting board, she has not tried to eat any of his treasures. 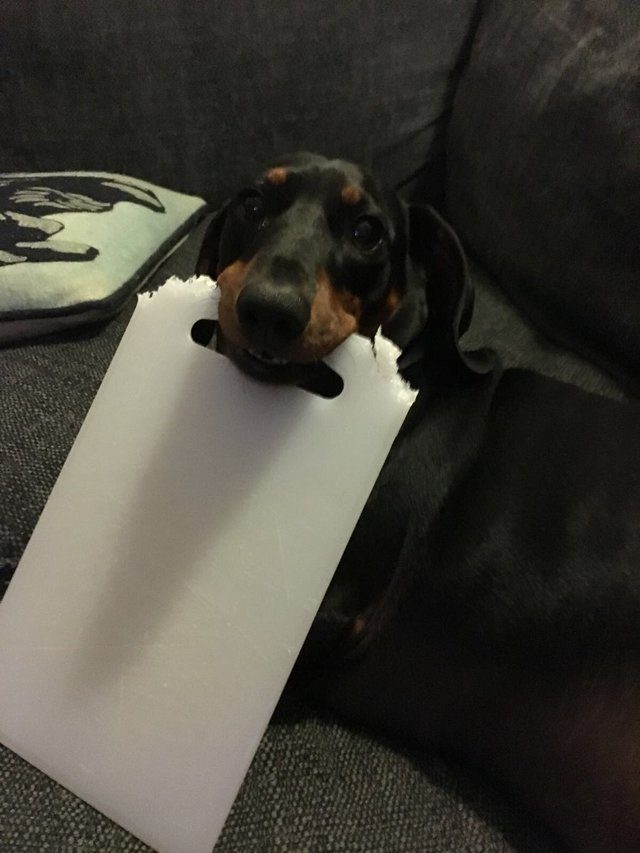 “He normally likes people to notice him with whatever he’s got, but if they don’t, he hides under the coffee table so nobody can get to him,” Emmingham said. “But honestly, the candle he stole has got to be the weirdest.” 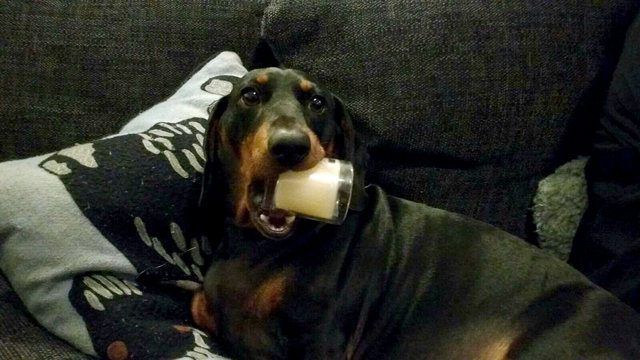 Flynn only steals things from his house, he is the perfect guest when at a friend’s house.

“He’s very respectful of other people’s homes,” Emmingham explained. “But the same can’t be said for ours.” 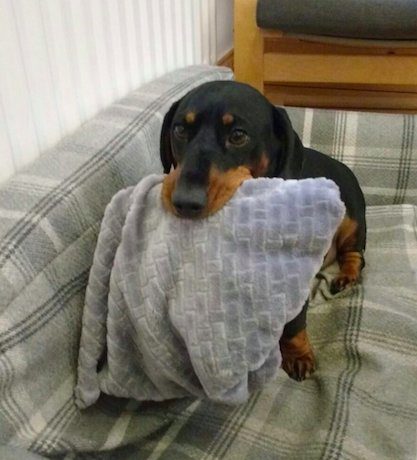 Flynn loves hanging out with his new sister, a dachshund named Bailey. 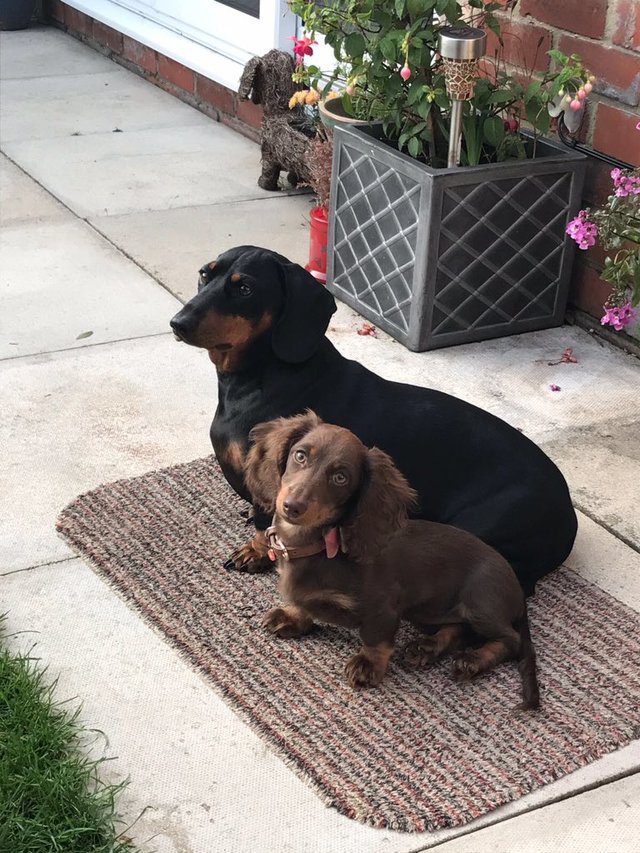 Flynn and his little sister, Bailey

“He’s honestly one of a kind,” Emmingham said. “We love him so much.”