Chad Olds, animal services officer is an avid musician and is used to playing for a crowd. However, he never expected that dogs would become his biggest fans.

Olds is on duty at Vance County Animal Shelter in North Carolina to help load animals for transport to adoptive homes or other rescues. He usually brings his guitar in to play on downtime.

“If I don’t have a whole lot going on, I’ll fiddle around with my guitar in the office,” Olds said. “Frankie Nobles, [the shelter manager], peeked his head in one day and said ‘Hey, you should try playing for the dogs!’” 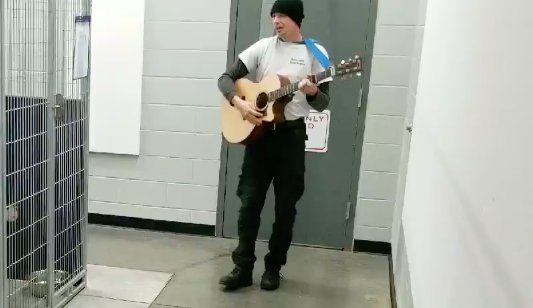 Shelter manager Frankie Nobles had arranged the details of the concert. It would start in front of the kennels at promptly 2:30 p.m. just before lunchtime.

Olds picked out the perfect song and began playing.

“I honestly didn’t think it would do anything else but make the dogs more excited about lunch,” Olds said. 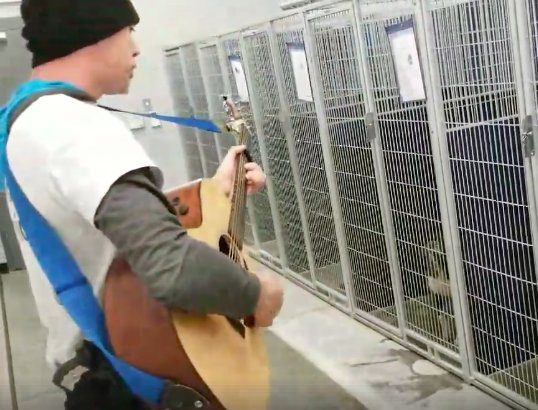 The dogs stopped barking within seconds of the first note and were intensely focused on the music. Olds belted out the ballad and strummed his acoustic guitar, he slowly walked past each of the kennels while the dogs were happily wagging their tails.

“They were all just so quiet,” Olds said. “It completely blew my mind.”

The dogs were seemingly captivated by the song and calmness spread throughout the room. 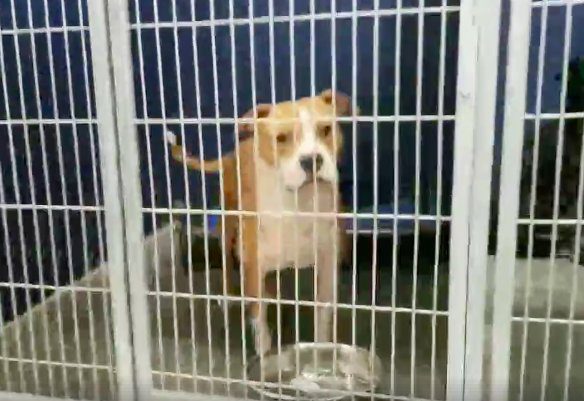 Princess, a 2-year-old brown and white pit bull/shepherd mix, was particularly moved by the performance.

“She’s usually very timid, but when Chad came up to her with that guitar, she just melted,” Nobles said. “The adoption room had never been so quiet and at peace.” 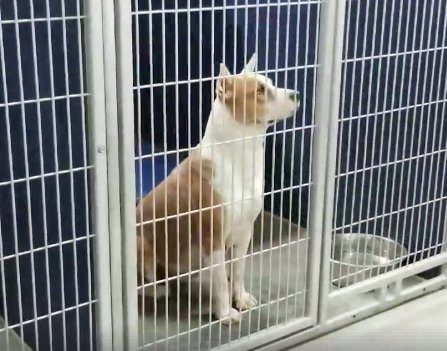 The shelter was looking into different music to play for the dogs, Nobles said, but now they’re planning on a concert at least once per month. They also have a program that allows children to come in to read to the animals. 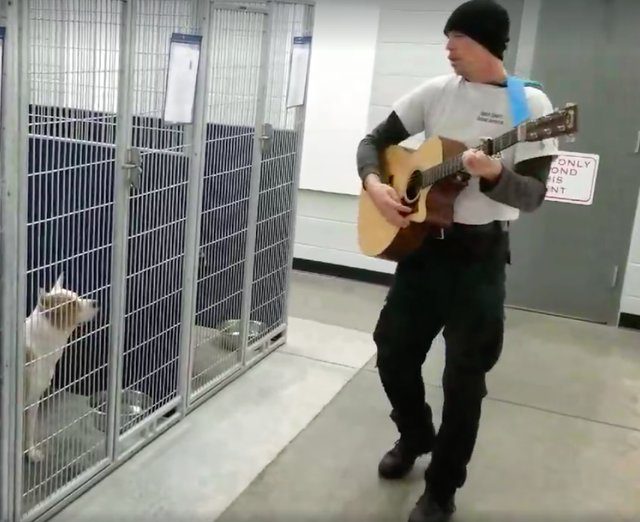 The concert made for an adorable video, but the experience also meant a lot to Olds, as it reminded him of the grandmother he lost three years ago.

“I would always sing to my grandma when she was in the hospital in pain,” Olds said. “So when my mom saw that video of me playing for the dogs, she said the look Princess gave me reminded her of how my grandma used to look at me when I’d sing to her in the hospital. Just completely full of love and happiness.”

Hopefully, the video of the performance continues to be shared. Olds and Nobles hope that it will inspire other shelters to consider nontraditional methods of enrichment like this one.

“I think that music touches everybody — but this was really remarkable,” Olds said.