No, Riley the dog doesn’t want to go for a walk. For this four-year-old dachshund, it’s going to for a jump out of a plane or bust. Luckily for him, his owner Nathan Batiste is more than willing to comply with his daredevil dog’s desires. Having made over 400 jumps himself, there can’t be many owners who are better qualified to skydive with their pup. And skydive they did. 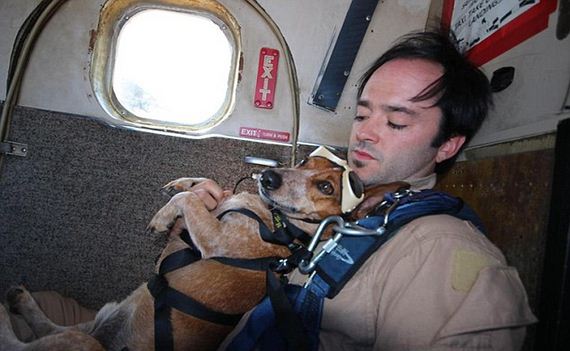 But that doesn’t stop this pair! 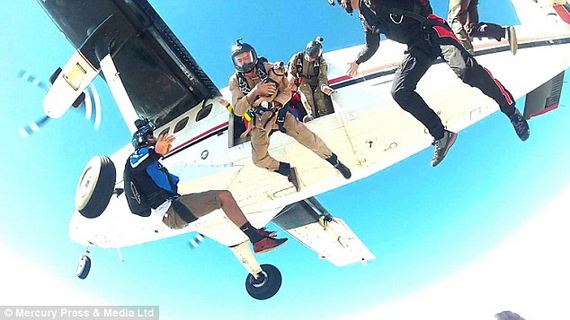 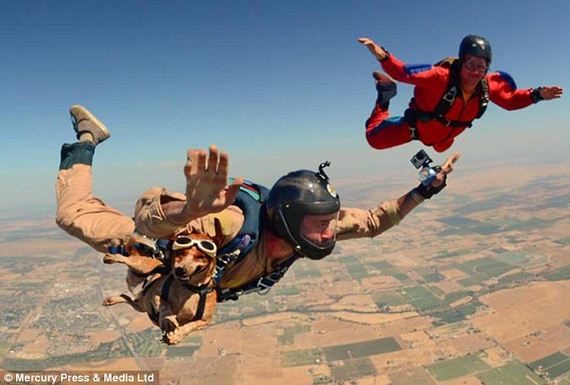 Dogs may drool, but they also rule. 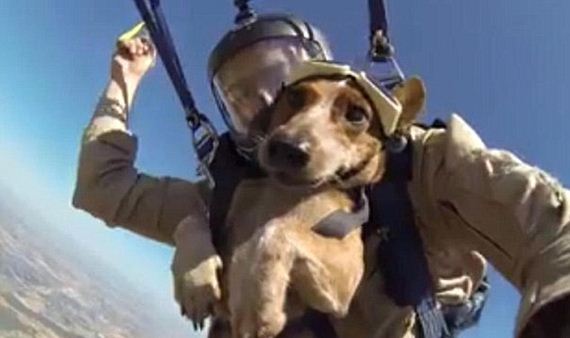 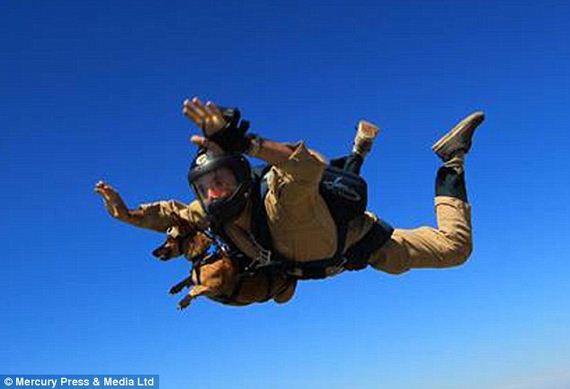 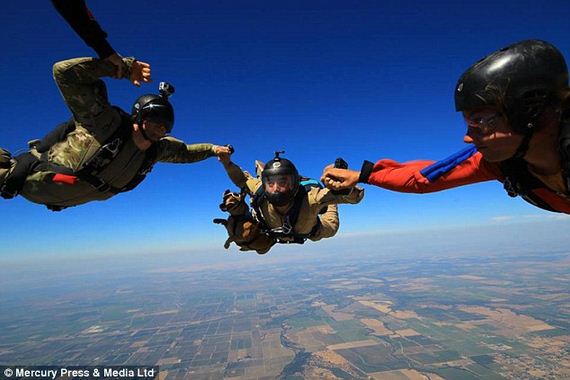 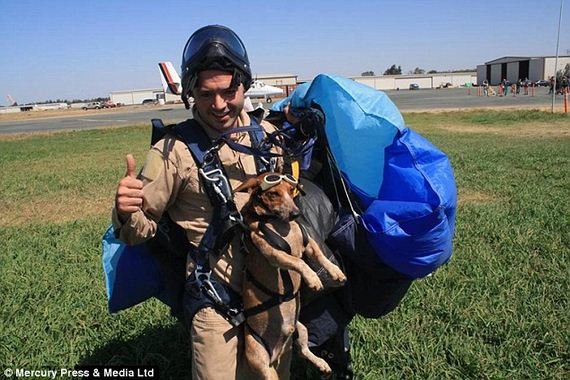 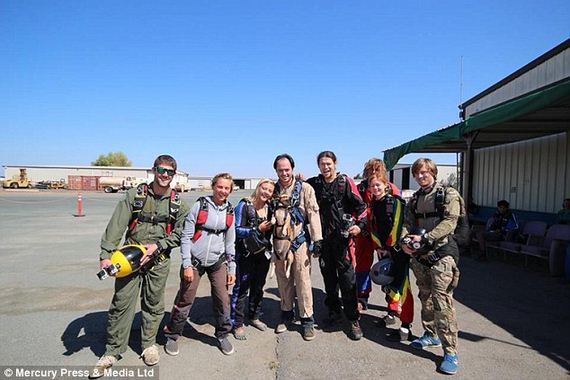 What an awesome jump! If you don’t feel like you’ve had enough of Riley, don’t worry. Nathan says he thinks Riley had a blast and plans to take him for another jump in the near future. Hopefully, Nathan still maintains control of the parachute.